Making fruitcake is no easy feat. The process requires hours – sometimes months – of work and supervision. Instead of attempting the baking challenge at home, entrust these experienced local bakers with your holiday fruitcake.

College of the Ozarks

Six fruitcakes in a home economics course sparked a large-scale operation that now sells and ships thousands of fruitcakes a year. Located on the College of the Ozarks campus in Point Lookout, Missouri, Fruitcake & Jelly Kitchen uses nuts and fruits in its fruitcakes. Instead of adding alcohol, the student bakers allow the natural juices from the fruit to meld together in the refrigerator for six months, creating a bright, sweet fruitcake for the whole family. store.cofo.edu/pages/fruitcake-and-jelly-history

The recipe for the fruitcake at André’s Confiserie Suisse in Kansas City comes from Swiss founder André Bollier. The fruit is soaked in a mixture of brandy, rum and simple syrup for up to a month before it’s baked in the cakes. André’s grandson René Bollier recently tweaked the original recipe, however, in order to showcase more of the spices, such as cinnamon. The fruitcakes are available in 8-ounce portions or 2-pound round cakes during the holidays. andreschocolates.com

After spending Christmases in the Middle East, Date Lady owner Colleen Sundlie was inspired to add a spiced fruitcake to her menu. The 1-pound rectangular fruitcake contains quintessential Date Lady ingredients, including dates, date sugar and date syrup. The fruit’s caramel notes pair perfectly with the aromatic spices in the cake, which Sundlie describes as dense but delectable. Have a fruitcake or two shipped to your door during the holiday season. ilovedatelady.com

The dark, rich fruitcakes from Assumption Abbey in Ava, Missouri, are world-famous – and we don’t use that word lightly. Crafted with care by monks who live at the monastery, the fruitcakes are sold across the globe. They’re known for their incredibly moist consistency, and they feature Burgundy wine-soaked cherries, currants, pineapple, raisins and lemon and orange peel. After baking, the cakes are injected with rum and aged for three months before they’re shipped. assumptionabbey.org 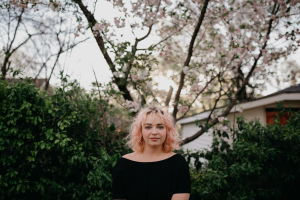 Brooke is a freelance writer and tiny-kitchen cook based in Kansas City. Most days, she can be found eating cheese and typing very fast.