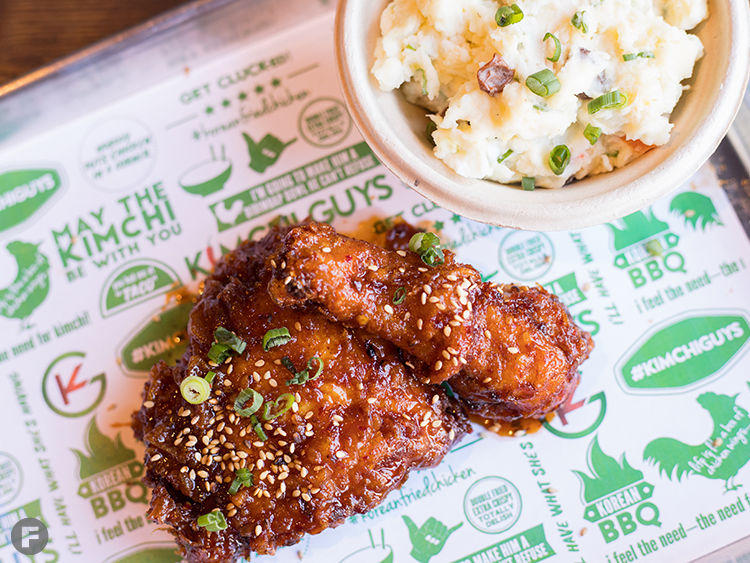 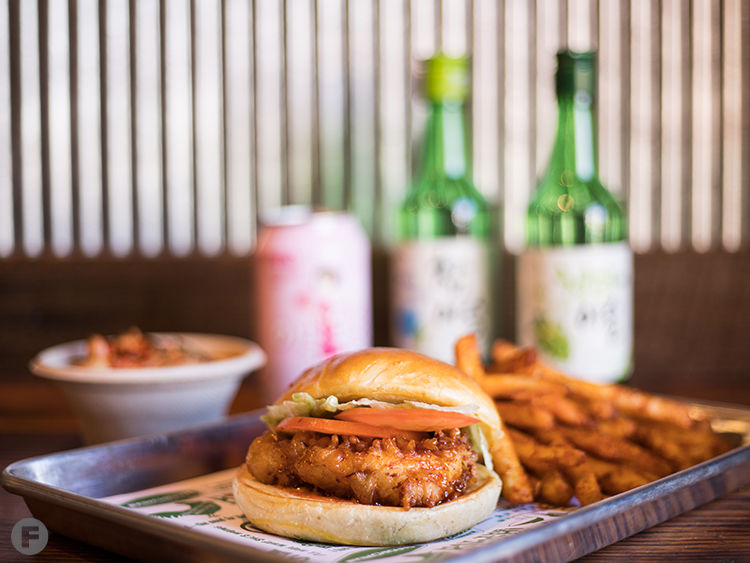 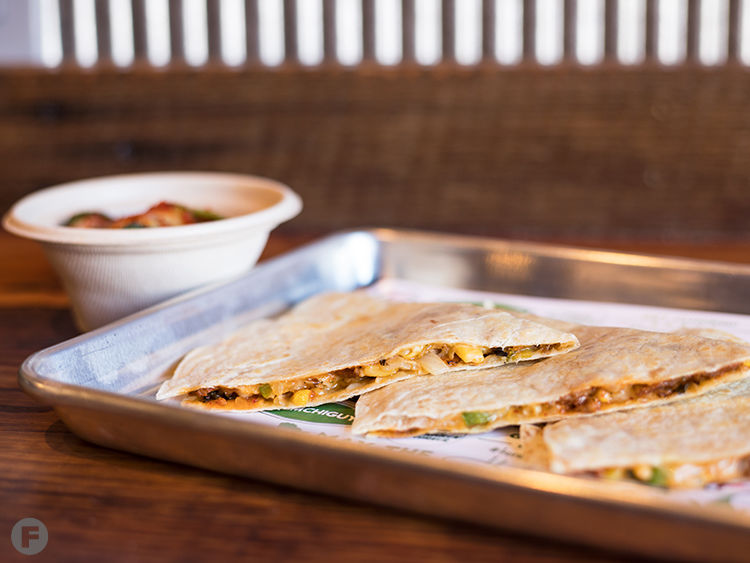 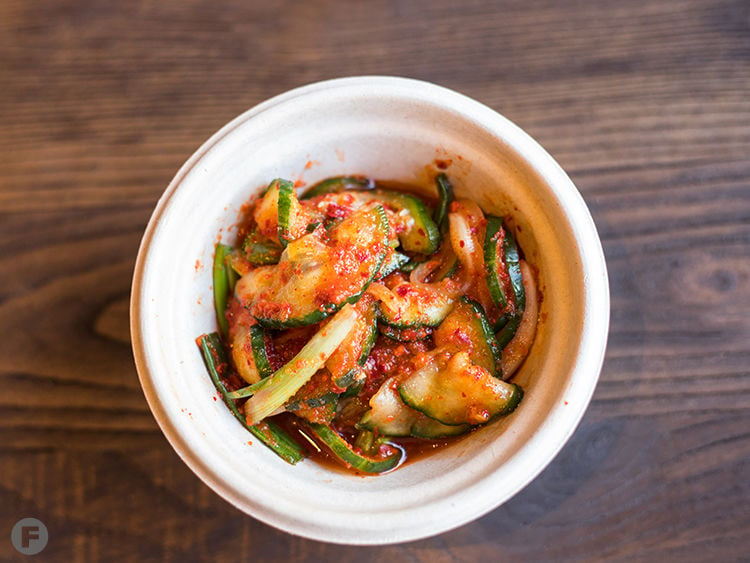 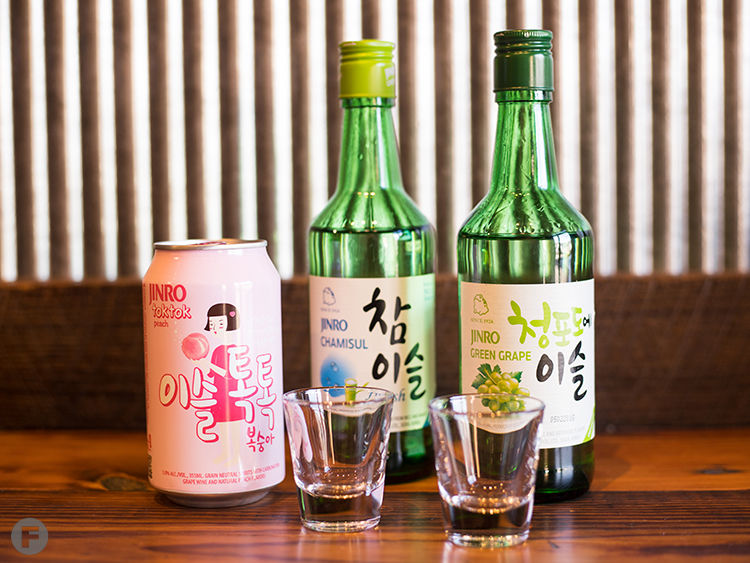 Soju and more is available to pair with the fare. 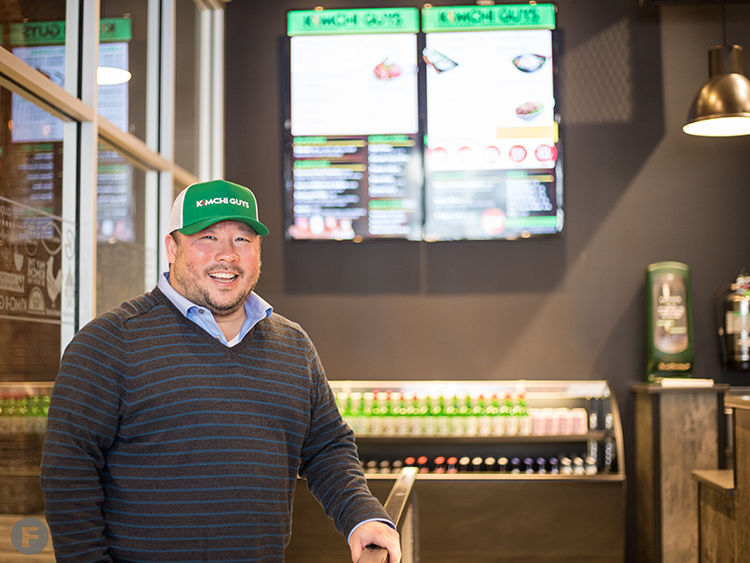 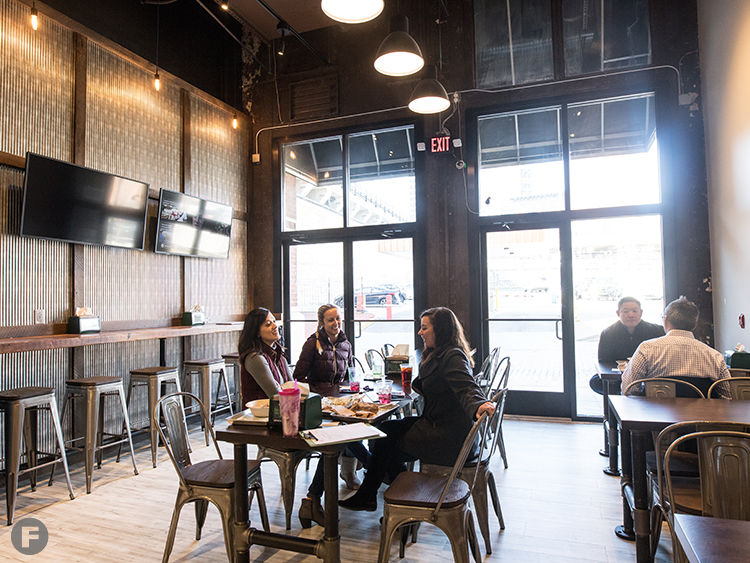 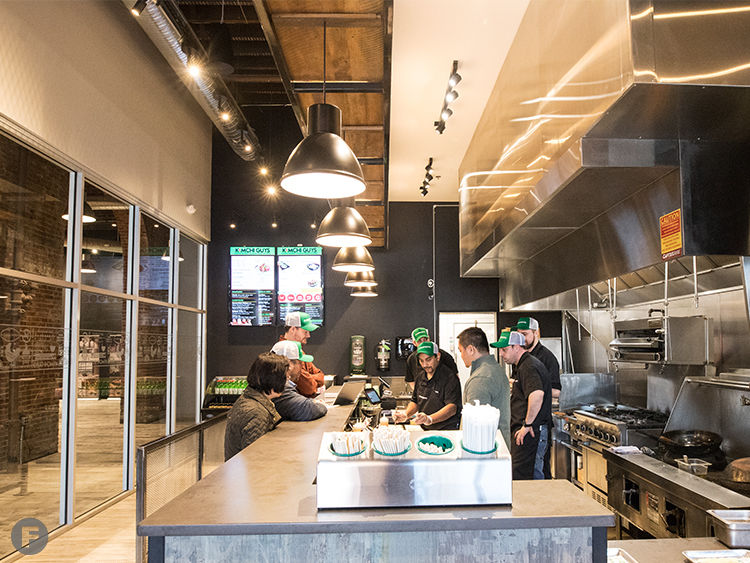 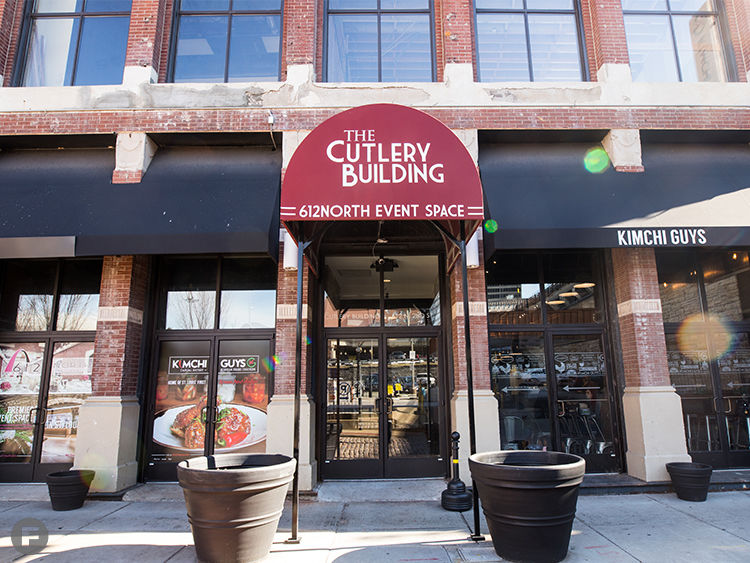 Soju and more is available to pair with the fare.

The concept comes from Munsok So, who is president and CEO of So Hospitality Group, a local company that also currently owns and operates three locations of sushi restaurant and lounge Drunken Fish in the St. Louis area and one in Kansas City. So has owned the newly renovated Cutlery Building, of which Kimchi Guys occupies the first floor, since 2006.

“Three years ago, we closed down a location of Drunken Fish when the building collapsed. When we moved back into the building, we decided to reconcept,” So says. “Being Korean-American, I have a lot of love for Korean food and wanted to bring a modern menu that I thought would make sense in the marketplace to the area. In Korea, there’s Korean fried chicken on every corner. This will be the first Korean fried chicken place in St. Louis.”

Kimchi Guys fills the approximately 1,300-square-foot ground-floor space with about 30 seats. So worked with Architextures to carry out the modern, industrial design. Highlights of the sleek and simple room include materials such as reclaimed wood and corrugated metal. A counter divides an open kitchen and queue where guests line up to place orders.

The menu begins with the house signature fried chicken, which is brined to tenderize and flavor the meat before getting coated in a starch-based batter. The chicken is double fried at two different temperatures and served with your choice of sauce: original (a sweet and spicy sauce made with Korean chili peppers), Korean Buffalo, soy-garlic or honey butter. The chicken is available as two-piece white or dark meat, tenders, wings and half or full birds.

“I’m very excited about bringing a unique dining experience to the St. Louis market and adding to the culinary diversity that is constantly improving here,” So says.

Kimchi Guys’ tentative hours of operation will be daily from 11am to 9pm. Its grand opening on February 1 will run from 11am to 7pm, with all net profits donated to The ALS Association - St. Louis Regional Chapter.

In St. Louis, Kimchi Guys is Partnering with Sysco to Give Meals to Hospitality Workers In Need

Hospitality workers can get a free meal at Kimchi Guys every Tuesday.

In the Delmar Loop, The Banh Mi Shop Is Donating Meals to Local Hospital Workers