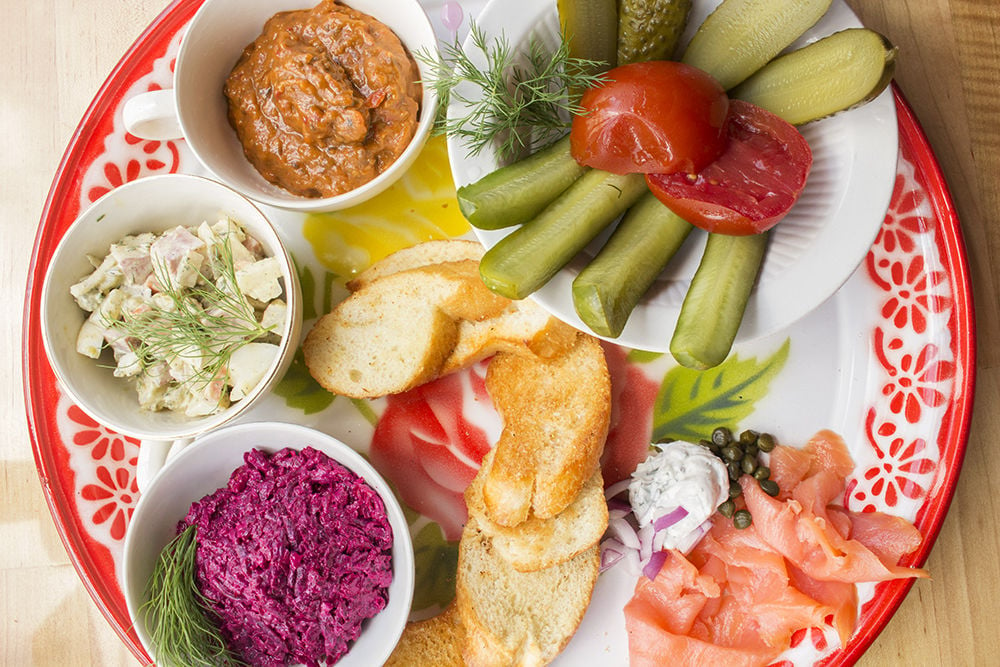 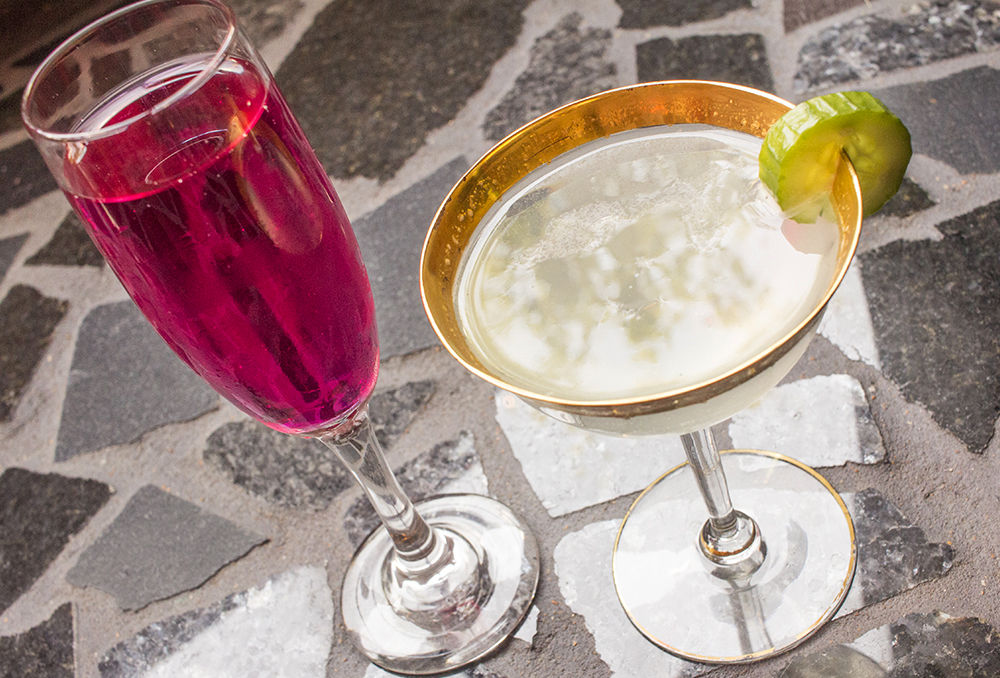 Cocktails include options such as the Beet Bucket made with beet-ginger vodka, simple syrup and sparkling wine. 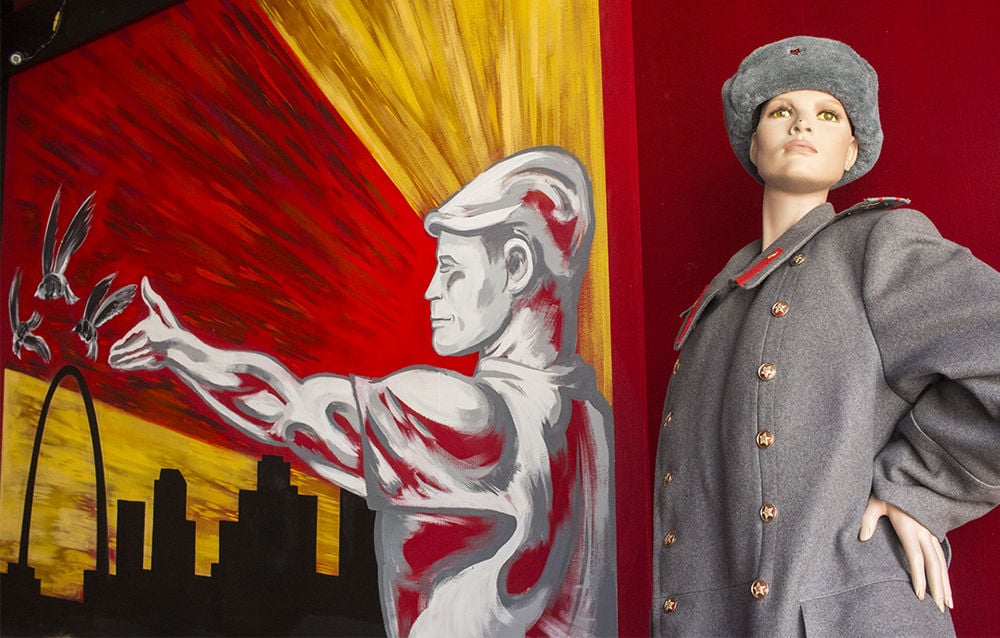 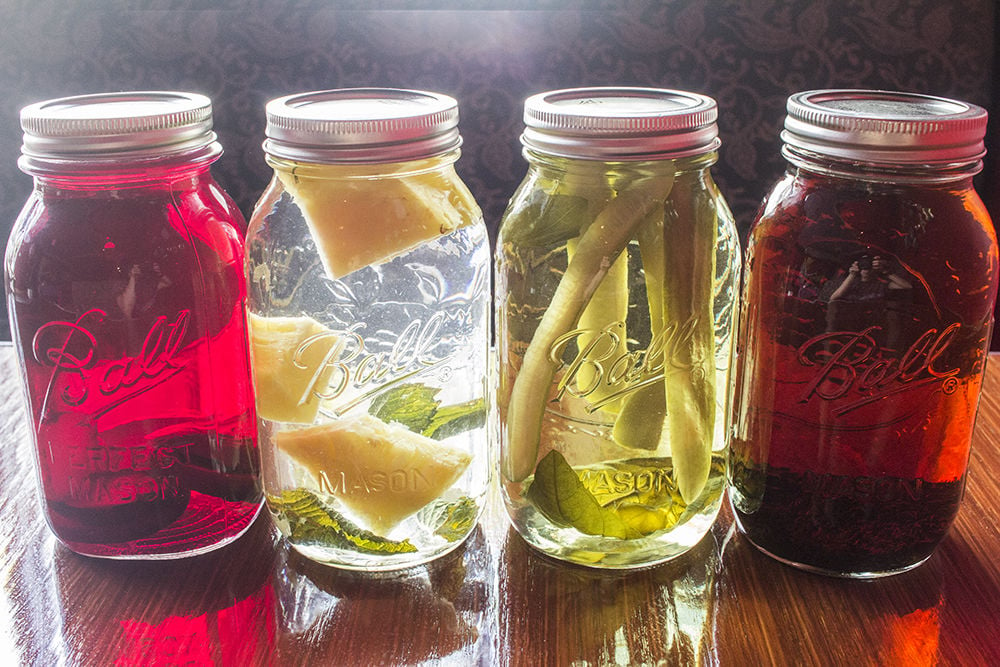 House-infused vodkas include beet, pineapple and mint, cucumber and basil, and black tea. 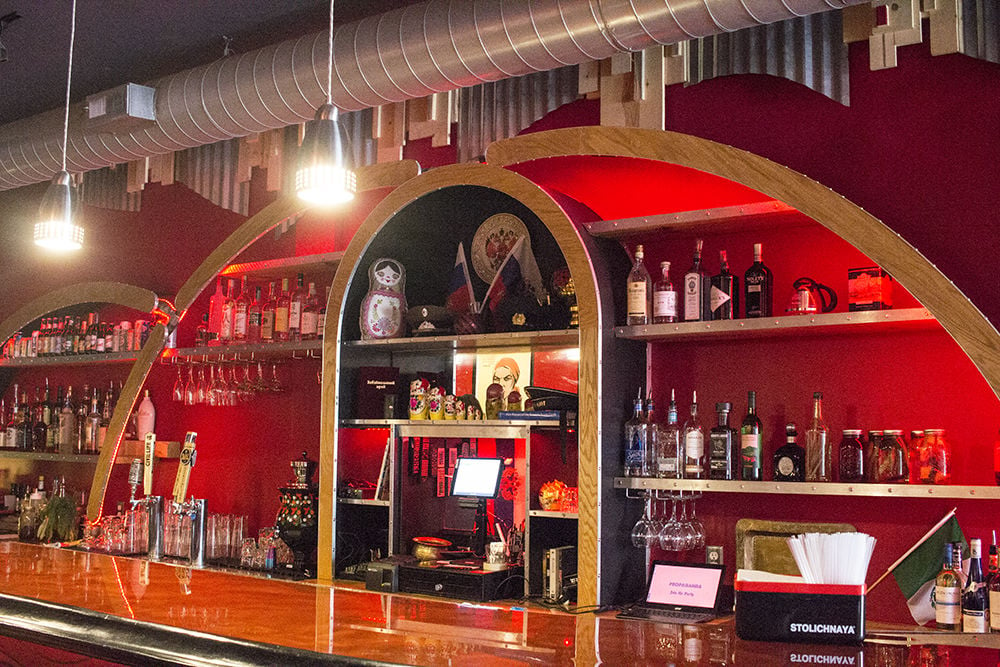 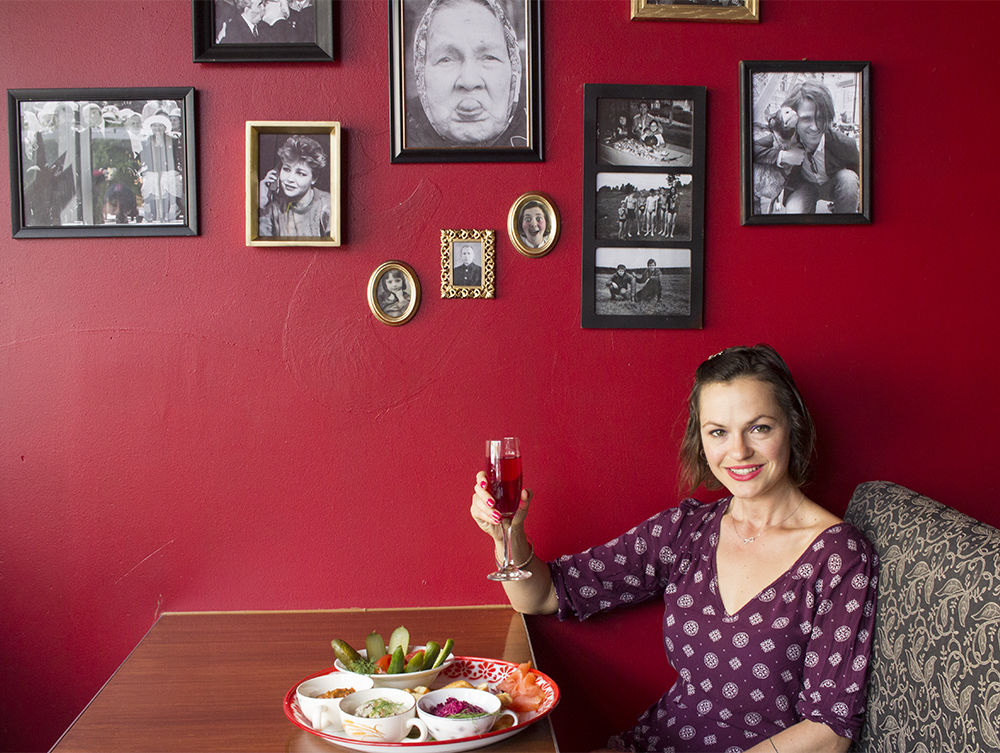 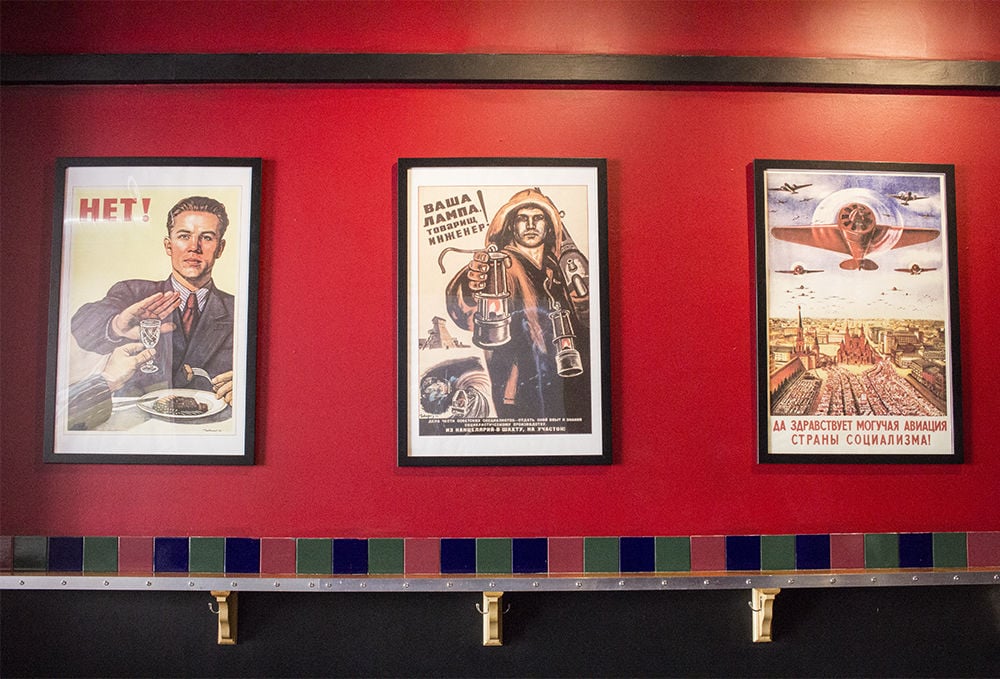 The walls by the bar feature classic images of propaganda. 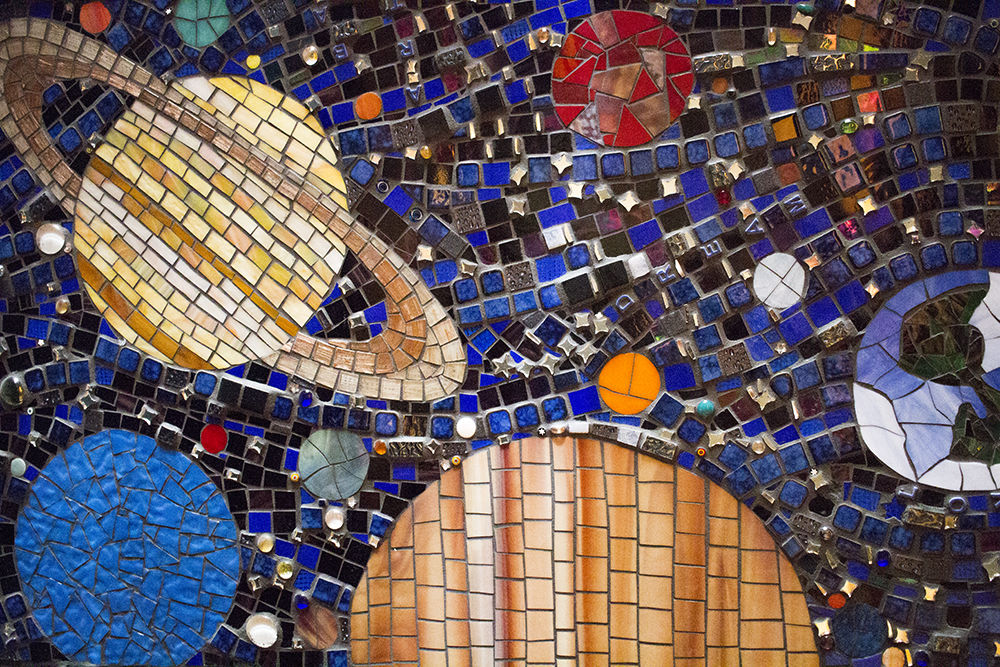 A cosmonaut theme also makes up the decor. 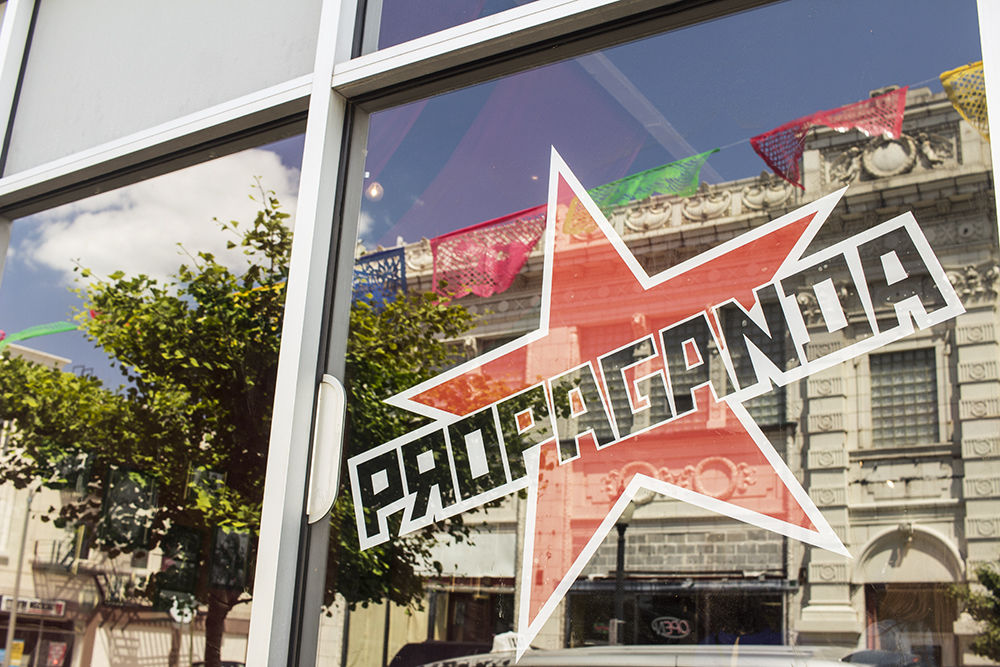 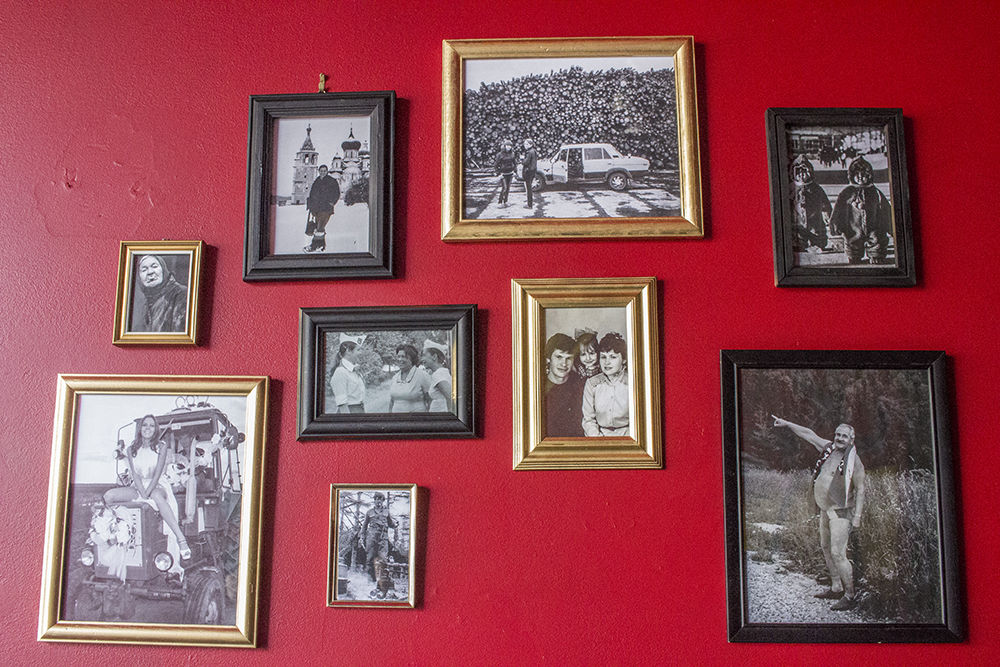 Cocktails include options such as the Beet Bucket made with beet-ginger vodka, simple syrup and sparkling wine.

House-infused vodkas include beet, pineapple and mint, cucumber and basil, and black tea.

The walls by the bar feature classic images of propaganda.

A cosmonaut theme also makes up the decor.

At the bottom of the menu at Propaganda, owner Tatyana Telnikova inserts an important footnote: “Let it be declared from here on out: Any and all consumption of alcohol must be accompanied by reason, meaning, thought and friendship in the form of a meaningful toast. Honor the party and your comrades with every drink.”

The playful messaging drives home the ideals for her new Moscow-themed concept, complete with her own brand of Russian hospitality and collective drinking traditions. Propaganda opened on May 7 in the space previously occupied by Art Bar, which closed on March 31.

“It’s not just a Soviet bar or a Russian bar – it’s a glimpse into my perception of childhood experiences in Russia,” says Telnikova, who moved to St. Louis at the age of 16. “The color schemes and imagery are beautiful and powerful, but they also serve as a reminder: It’s important for people to think for themselves.”

The walls of the bar take on a bold red paint job, adorned with old family photos and stylized posters reminiscent of the political propaganda she grew up seeing. Telnikova worked with independent contractor Jamie Jessop, who also assisted with the design execution for Art Bar, to reinvent the space. New booths and benches expand available seating in the bar for a total of about 45 guests.

Behind the bar, patrons can select from a list of craft beers and, of course, vodka. House-infused varieties include beet and ginger, cucumber and basil, pineapple and mint, black tea, bacon and jalapeño, and a so-called healthful family staple of Telnikova’s created by her own mother: horseradish and honey.

The concoctions are available by the glass and are also available in a short list of simple specialty cocktails. The beet bucket, for instance, features beet-ginger vodka with simple syrup and sparkling wine. A Russian tea consists of black-tea vodka with ginger beer and lemon.

A short list of snacks coincides the drink menu, riffing off of Russian-inspired fare from Telnikova’s HandleBar. Choose from items including a pretzel-and-sausage plate, pierogi and a Russian sampler that features the remainder of the available items: olive-potato salad, eggplant spread, smoked salmon, Russian pickles and beet-garlic spread.

At 11pm every evening, prepare for a vodka toast to get a truly contemplative taste of Telnikova’s cultural traditions – imbibing with meaning, so to speak.

“Before every shot, we all stop and think for a second. It’s always very personal and very communal,” she says. “It’s a significant drinking tradition that’s very fun and sweet. I really like it and I hope other people will, too.”

Propaganda is currently open Fridays and Saturdays from 4pm to 1:30am. Look for expanded hours in the near future. On Thursday, May 25, Propaganda hosts a special event with Zamir Gotta, the Russian traveling companion of celebrity chef Anthony Bourdain. A grand-opening event will take place on June 1.