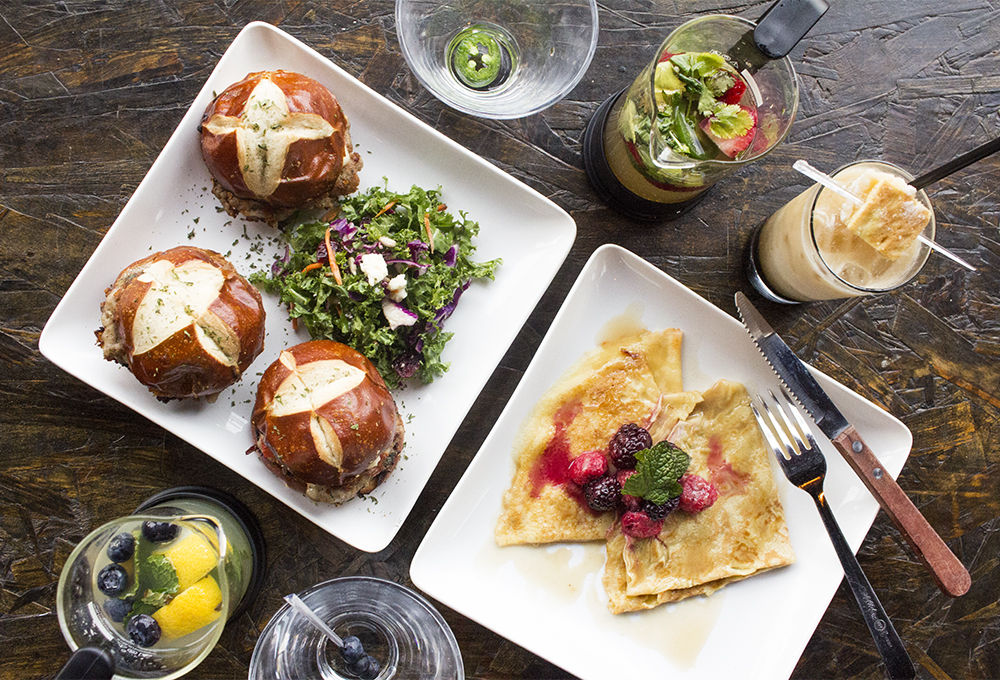 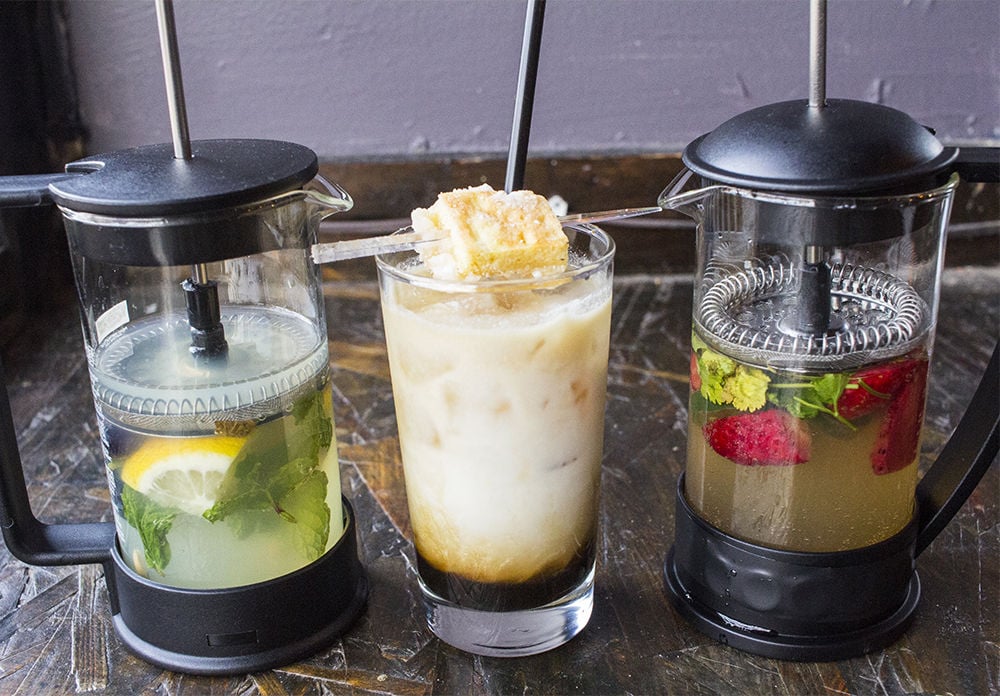 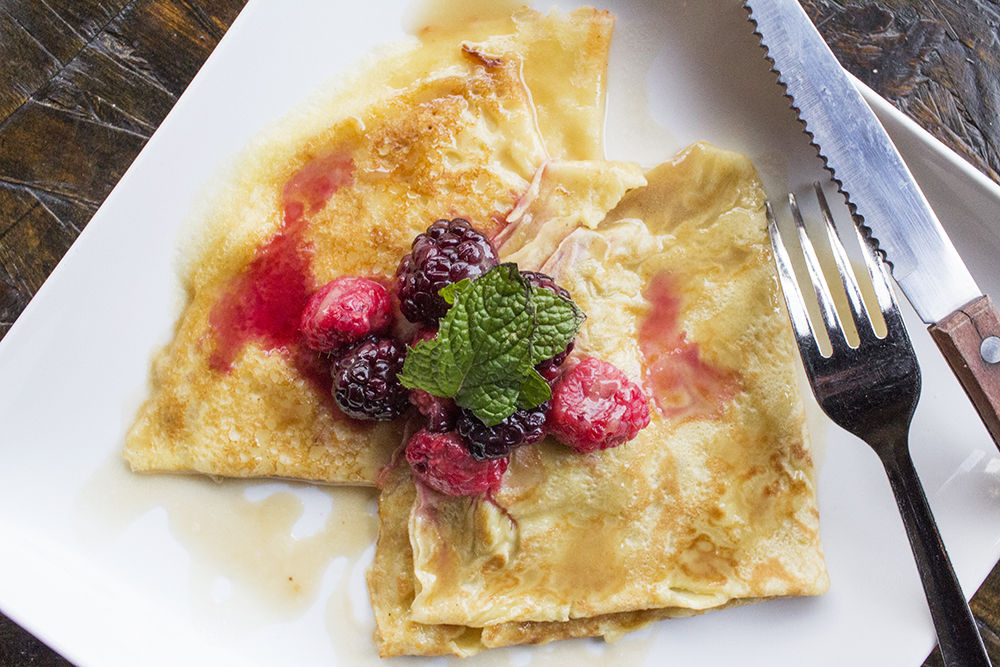 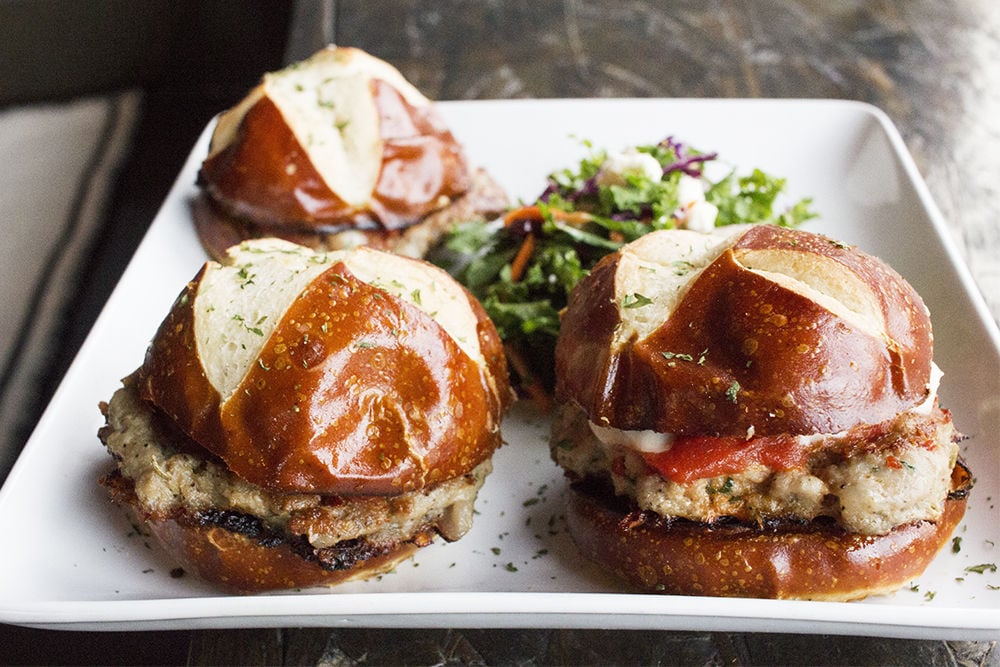 House favorites including Caldarello-sausage sliders stayed on the menu through the rebrand. 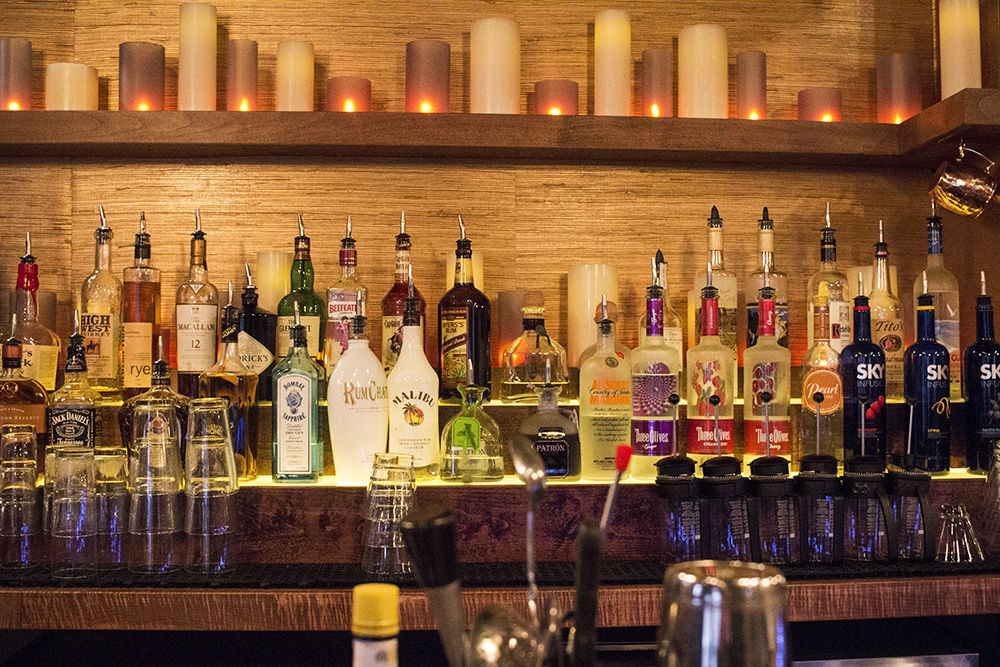 The bar features some aesthetic upgrades. 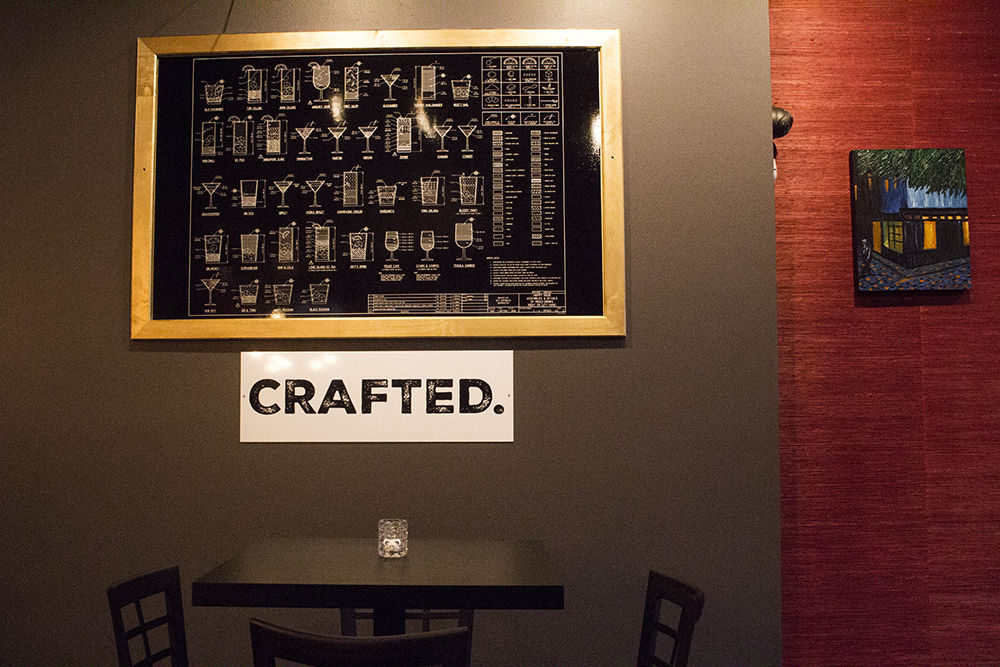 A look at a section of the remodeled dining room. 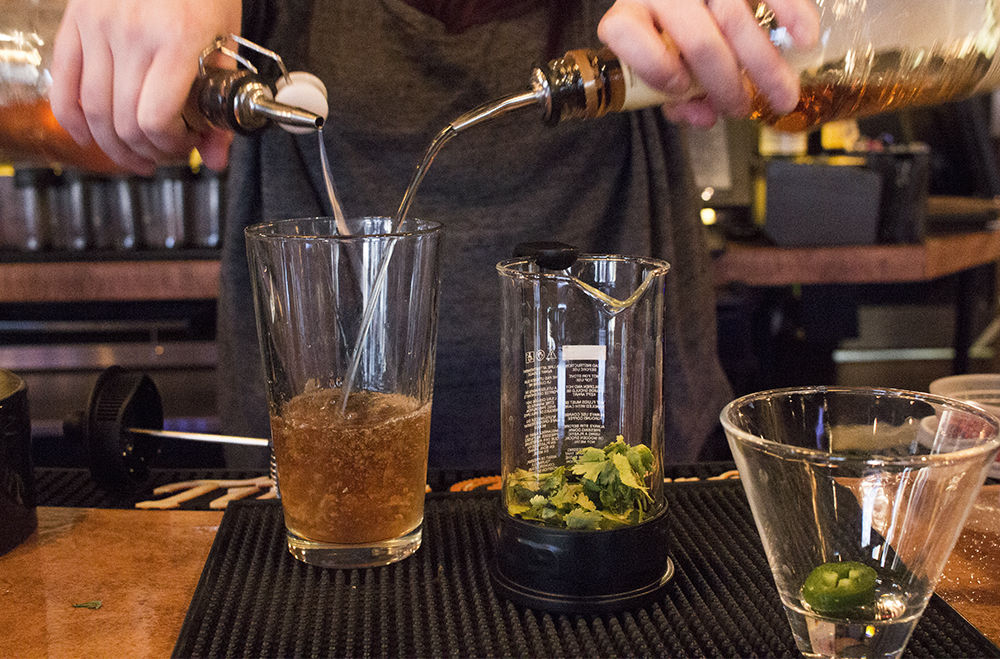 Cocktails made in French presses are Crafted.'s specialty. 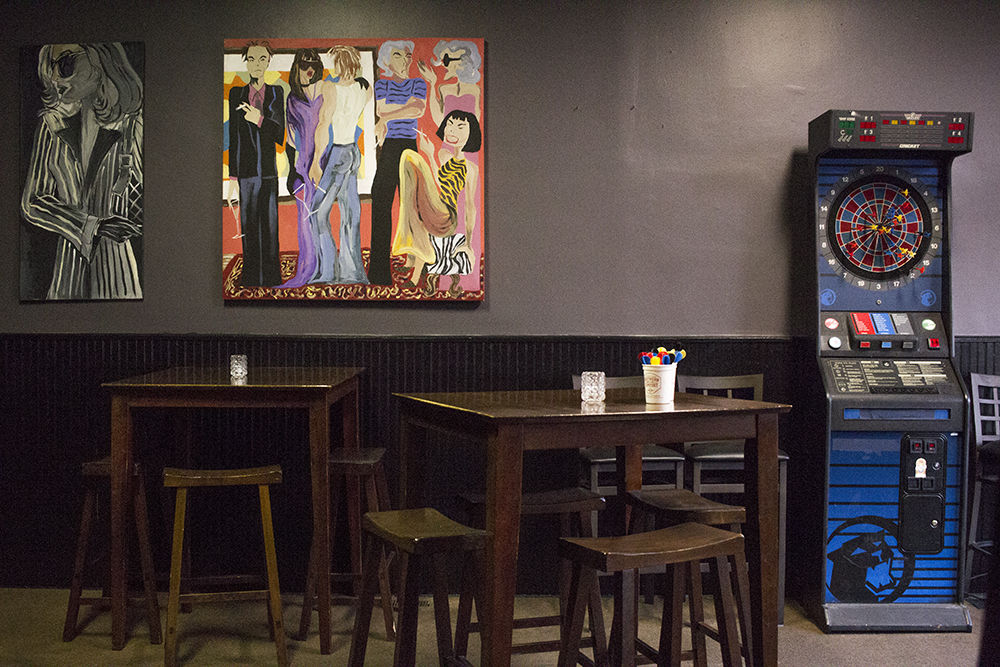 All the bar's tables are now hi-tops. 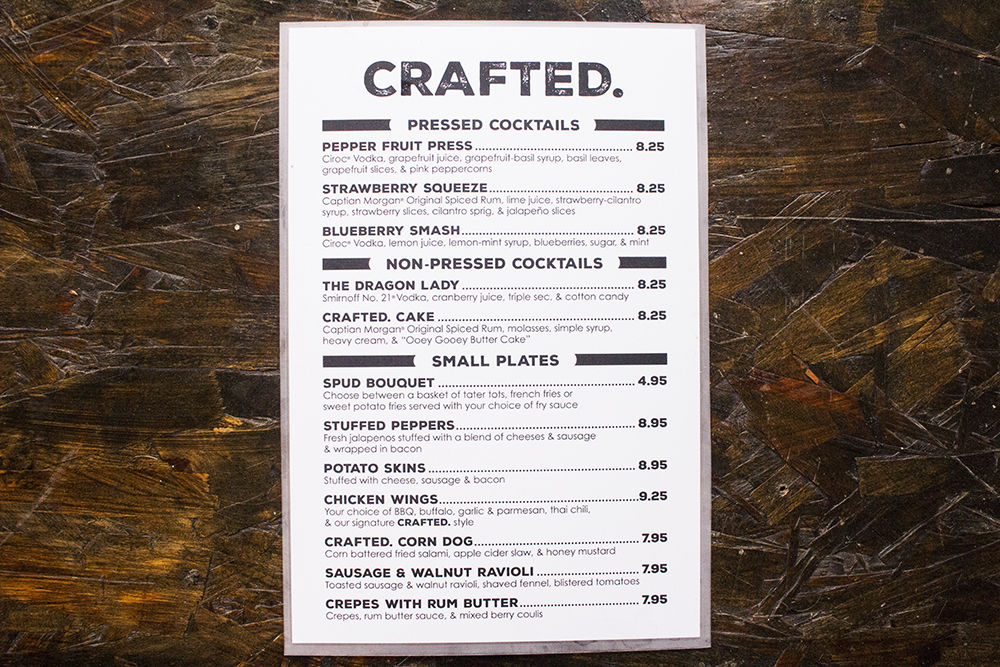 A look at the new cocktail menu as well as its current small-plate options. 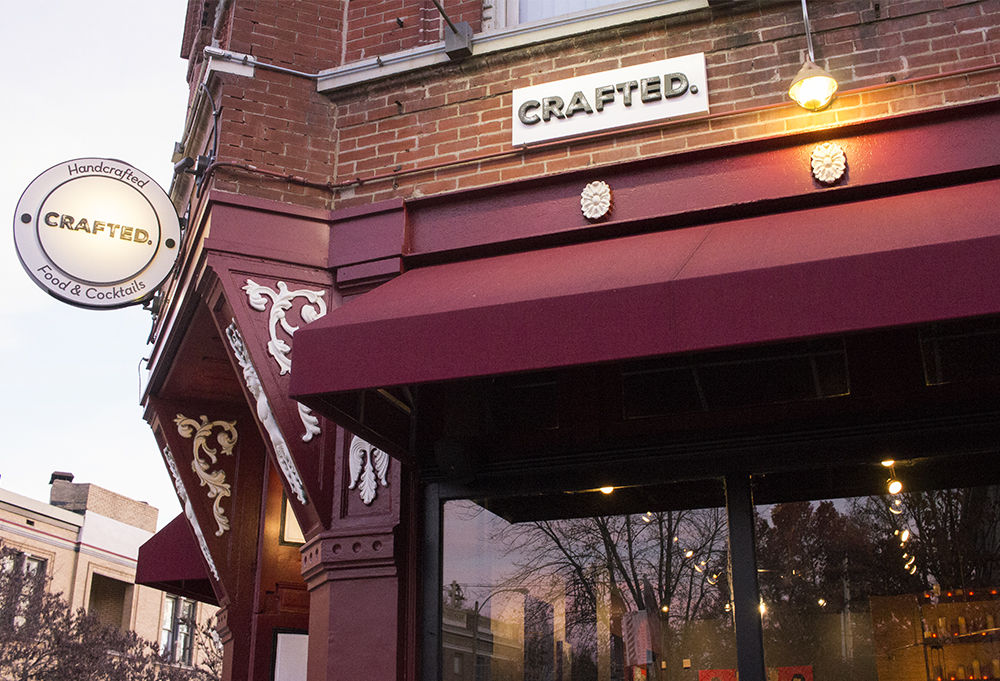 House favorites including Caldarello-sausage sliders stayed on the menu through the rebrand.

The bar features some aesthetic upgrades.

A look at a section of the remodeled dining room.

Cocktails made in French presses are Crafted.'s specialty.

All the bar's tables are now hi-tops.

A look at the new cocktail menu as well as its current small-plate options.

When Van Goghz Martini Bar and Bistro’s owner Dani Davis got a cold call from Spike TV’s Bar Rescue, a reality-TV series that dramatically renovates failing bars, she balked at the idea. Davis served as the bar manager of Van Goghz for six years before purchasing the now decade-old Tower Grove East mainstay in 2013.

“I told them that we’re not a failing bar. They told me, ‘We like to help areas like yours and boost business for people like you,’” Davis says, going on to explain why she eventually decided to take a chance on the show. “You have to sit there and think about your business and not your pride, and I made the best business decision I could at the time.”

After a Skype interview and meetings with casting directors, producers and contractors, Van Goghz went through an arduous six months of tense “hidden camera” shoots and renovations, complete with a facelift for its concept. On Nov. 20, its new identity, Crafted., made a public debut.

“I love the new name,” Davis says. “I think it was time for us to rebrand, and had we not gotten chosen for Bar Rescue, our plan was to rebrand at the beginning of the year anyway. I do love that, and having the show has sparked my creativity again. I was kind of in a lull with food and drinks, and now this has made me really focus on the business, try new things and just switch it up a little bit.”

While Crafted. maintains several elements of its previous identity including colorful painted decor and its coveted weekly steak-special nights, Davis notes some of the overall updates for the laid-back neighborhood bar – a new paint job, hi-top tables, and cedar-overlay bar top backlit with rows of LED candles. In addition to these aesthetic additions, Crafted. offers something new to the St. Louis market: cocktails served in French presses.

“Everybody gets their own individual pitchers. It’s just a burst of color and looks great. We use simple syrups we make ourselves, premium vodka and fresh fruits, herbs and spices,” Davis says. “What’s great is that if you want a little more spice or sweetness, you can press it down and muddle some more flavor into it.”

From the kitchen, patrons can still get some prior favorites from the Van Goghz menu including chicken wings, burgers ground in house, crab cakes and pretzel-bun sliders made with Caldarello Italian sausage – a Kansas City-based company owned by Davis’ family. Bar Rescue introduced four new items to the menu: crepes, corn dogs, a pork dish and from-scratch sausage-and-walnut ravioli. These items, while still in development, are part of Crafted.’s temporary menu.

Look for updates to the menu in the new year. Crafted.’s Bar Rescue episode is expected to air sometime this spring.