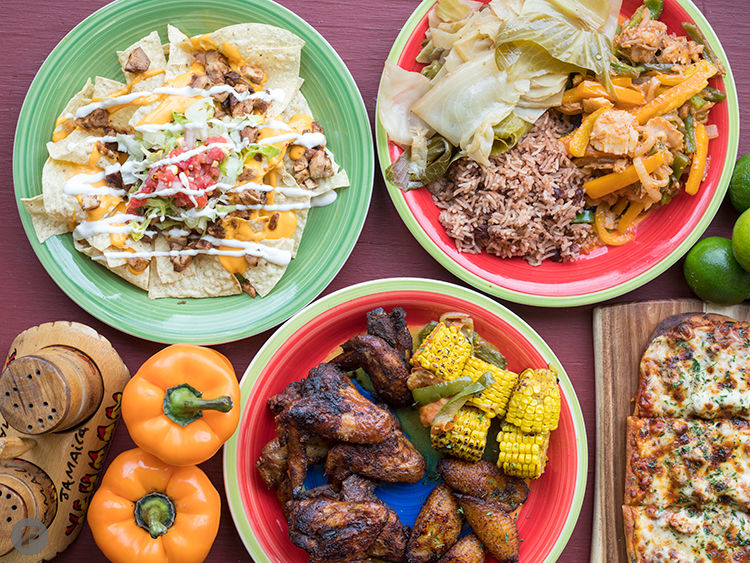 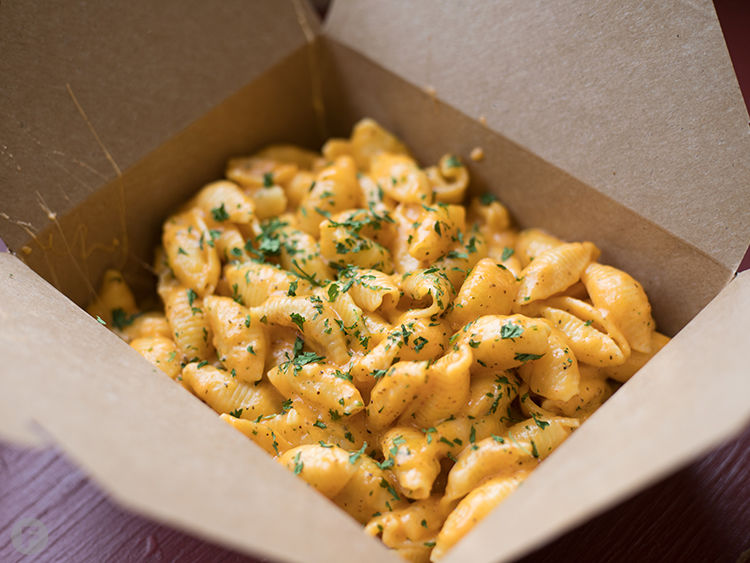 Side options include mac 'n' cheese. 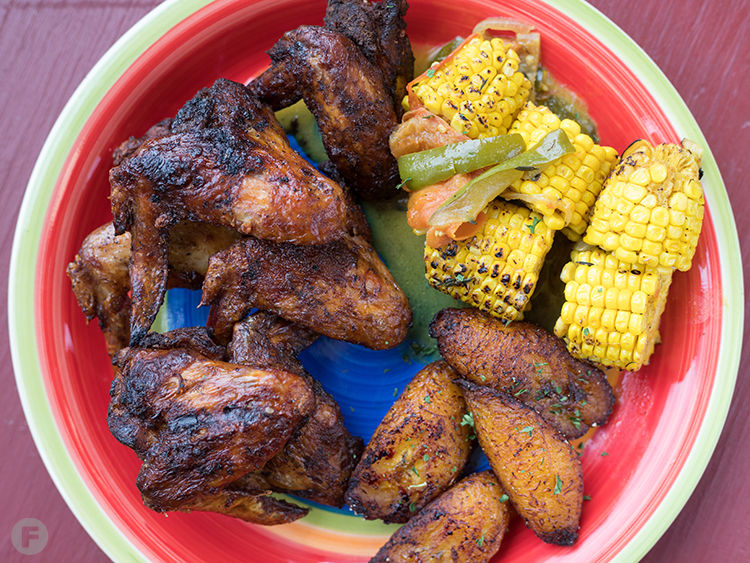 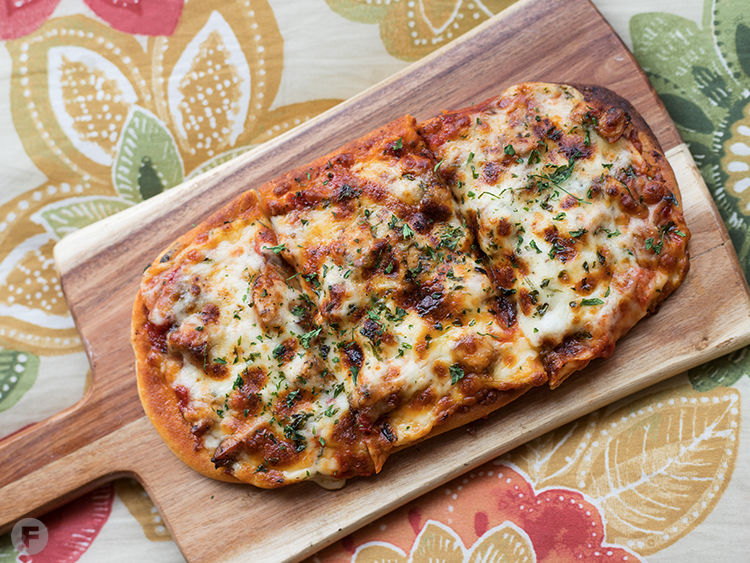 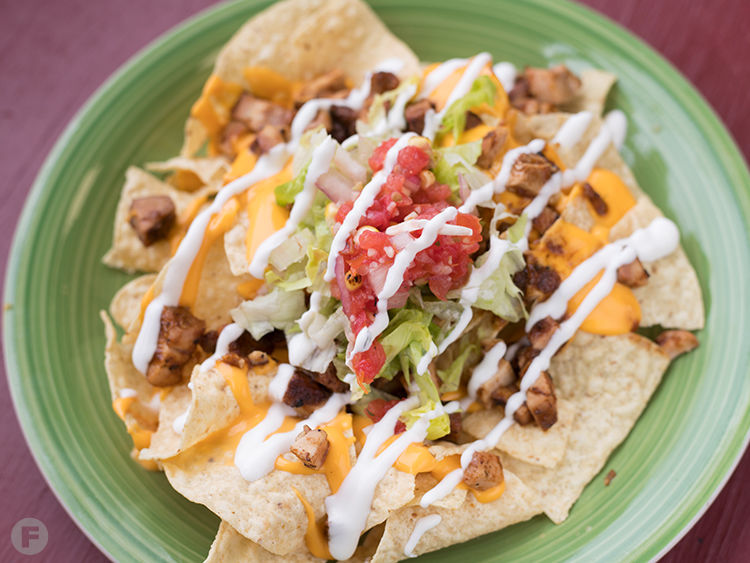 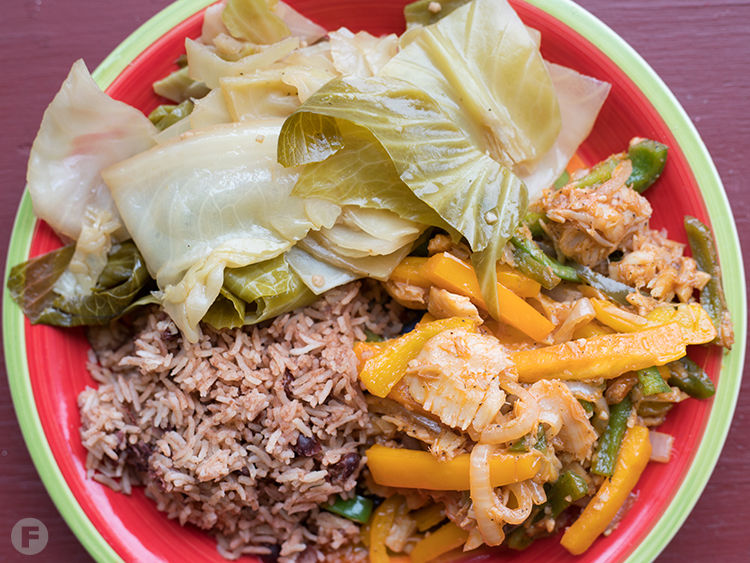 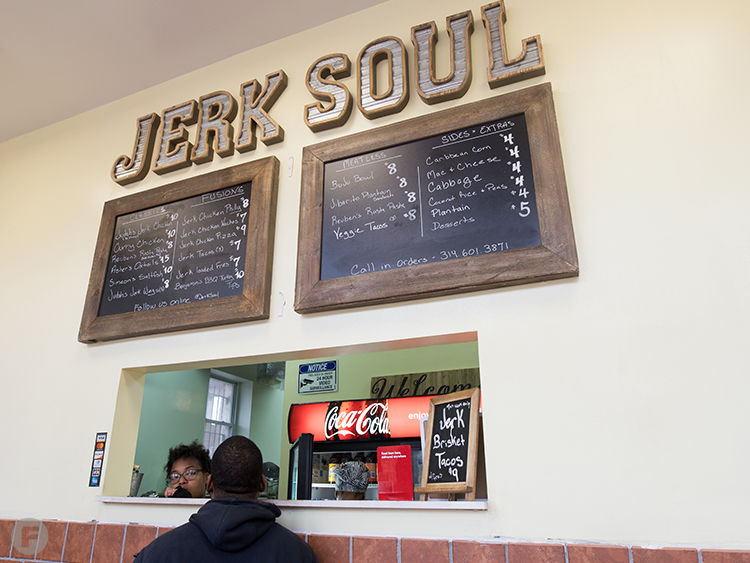 Orders and placed and picked up at a walk-up counter. 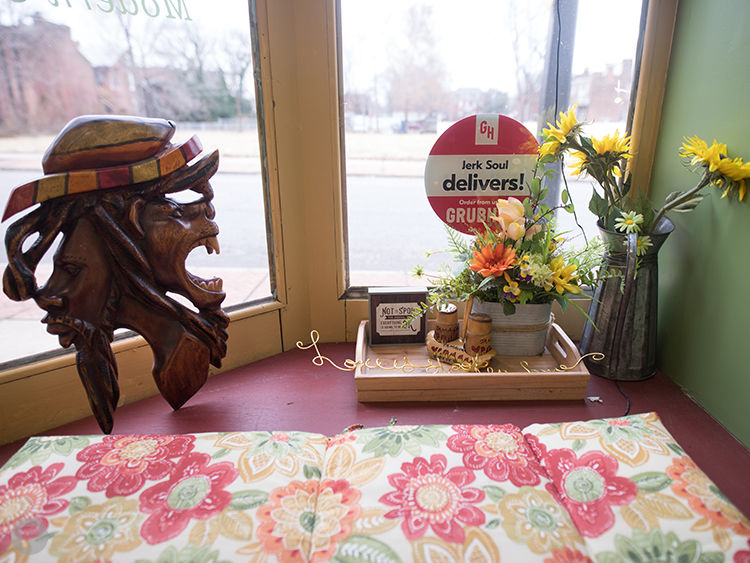 The interior is sparse but colorful. 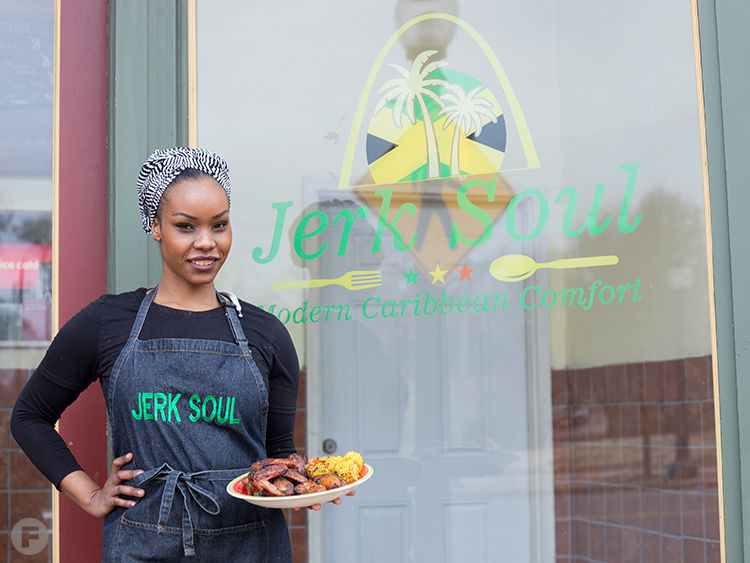 Side options include mac 'n' cheese.

Orders and placed and picked up at a walk-up counter.

The interior is sparse but colorful.

The concept comes from partners Zahra Spencer and Telie Woods, who hail from St. Thomas in the U.S. Virgin Islands and Chicago, respectively. The couple had plans to fulfill their dream of opening a restaurant together but brought that idea to St. Louis after a series of unforeseen circumstances.

“We were planning to open a small shanty on the beach together, but a week after Telie moved to St. Thomas, Hurricane Irma came. The landscape of the island had changed, and the place we were looking to rent was washed away,” Spencer says.

Spencer stayed in the area with family to weather another storm, Hurricane Maria. Meanwhile, Woods wound up in St. Louis – where his car had been left with a friend – after a difficult journey back to the states at the behest of his own family members. It was there that he found the turnkey storefront that would manifest the couple’s vision into a new incarnation: Jerk Soul.

“It’s a fusion of both of our backgrounds,” says Spencer, who previously managed kitchens in St. Croix, coordinating a children’s nutrition program. “Telie has also always had a passion for the industry. He even had his own food blog while living in Chicago and had the opportunity to work with a lot of restaurateurs.”

From the menu, guests will find tried-and-true recipes from Spencer’s Caribbean upbringing, such as jerk wings and a dish she holds near and dear to her heart: Asher’s oxtail entree. The braised beef tails are served in a savory mixture of carrots, herbs and seasonings. Simeon’s saltfish is fresh salted cod, served with vegetables – a staple she grew up eating with her family on Sunday mornings.

On the fusion side of the menu, Telie’s expertise comes into play, taking Spencer’s top secret jerk sauce – which she describes as tangy, sweet and savory with a little kick at the end – and integrating it into American-style entrees. A jerk chicken pizza, for instance, features jerk chicken with mozzarella and chunky tomato sauce on garlic flatbread. Jerk chicken nachos are made up of warm tortilla chips topped with cheese, sweet corn salsa and sour cream.

Sides include Woods’ family recipe for mac ’n’ cheese and Spencer’s family recipe for Caribbean corn. The latter features grilled corn on the cob that is boiled down with a sauce infused with butter, coconut milk, onions, thyme, sweet pepper and more. For dessert, Jerk Soul offers rotating options such as banana pudding cheesecake, strawberry crunch cake and carrot cake.

“The reception’s been overwhelmingly positive,” Spencer says. “We couldn’t ask to be in a better location, and we’re so happy to be part of the revitalization of the area.”

Jerk Soul is open Sunday through Friday from noon to 8pm.

These N/A cocktails from St. Louis' Yellowbelly will get you through Dry January

Mike Mills, 'The Legend' of the barbecue world, leaves behind a mammoth legacy of warmth and talent