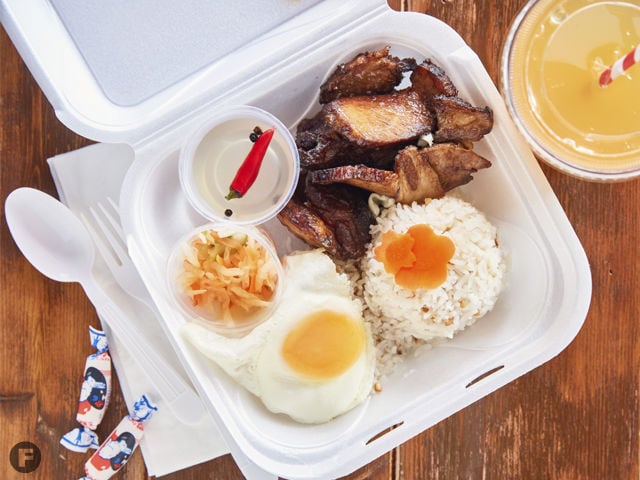 Nucum's tocino recipe has been passed from her grandmother to her mother and down the line. 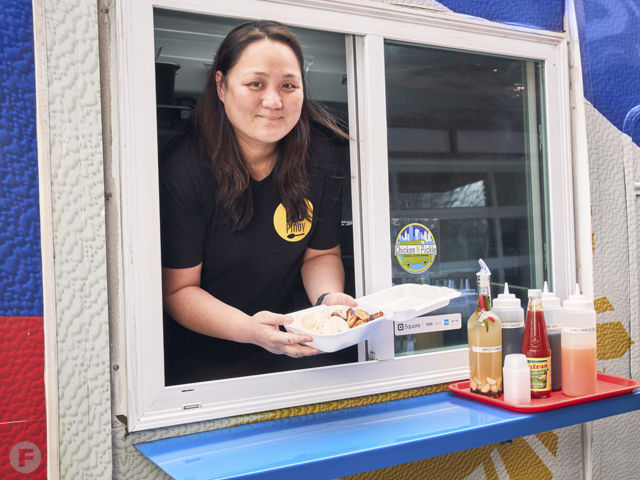 Almost all Chrissy Nucum’s recipes have been handed down from her grandmother – some of them fiercely guarded family secrets. 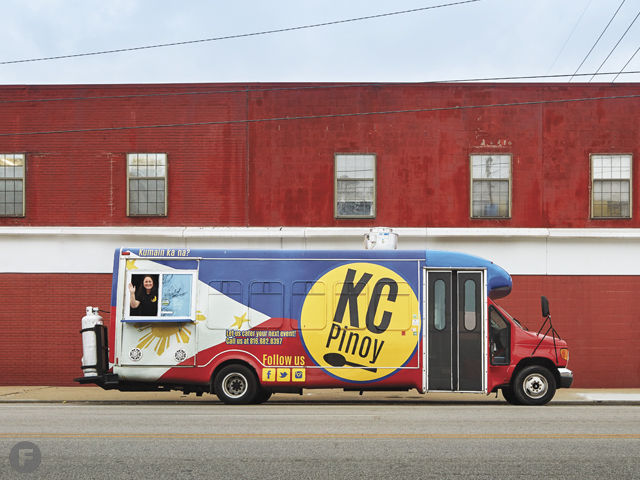 The KC Pinoy truck is a convert from a Kansas City Area Transportation Group shuttle.

Nucum's tocino recipe has been passed from her grandmother to her mother and down the line.

Almost all Chrissy Nucum’s recipes have been handed down from her grandmother – some of them fiercely guarded family secrets.

The KC Pinoy truck is a convert from a Kansas City Area Transportation Group shuttle.

Two local Filipino-inspired restaurants are teaming up for a unique event this Saturday.

As part of its newly launched Guerrilla Alliance series, Guerrilla Street Food is hosting Chrissy Nucum, cook and owner of Kansas City's KC Pinoy Food Truck at a pop-up event this Saturday from 11am to 4pm.

The event will feature three regional Filipino dishes. Each recipe was given to Nucum by her grandmother, the gatekeeper of family recipes passed down through generations in the Philippines. Saturday’s menu includes suam na mais (corn soup), the popular pork appetizer sisig and a sweet milk custard candy, yema. The dishes will be available a la carte. Each dish contains flavors that Nucum grew up eating and watching her grandmother make in Pampanga. “I make it all as authentic as possible,” Nucum says. “If my grandmother found out that we messed with the recipe, she would fly back out here ([from the Philippines].”

Nucum’s suam na mais is made with freshly grated local corn sauteed with onion and garlic, mixed with thinly sliced pepper leaves and topped with crispy head-on prawns. Pampanga’s signature sisig, traditionally made with whole pig’s head, will instead use pork ears, snout and shoulder. The meat is boiled, marinated, grilled and diced, then topped with a citrus soy sauce, shallots, chili, crunched pork rind and a raw egg, which cooks on the sizzling plate as it’s served. The dish is also served with pickled papaya atsara and jasmine rice. Nucum's  favorite childhood treat, yema, is served in lollipop form made of sweetened condensed milk, egg yolk and vanilla with either young coconut strips or crushed roasted peanuts.

The Philippines are made up of over 7,000 islands, each of which has its own cuisine, Nucum says. She sees Saturday's event as a chance to bring together different cultures and as a way to further teach the community about Filipino cuisine, since she'll be there in person to explain the dishes to customers. The collaboration also gives Nucum an opportunity to experience working in a restaurant environment and learning from Guerrilla co-owners Joel Crespo and Brian Hardesty. Her ultimate goal is to follow in their footsteps, turning her food truck into a brick-and-mortar location in the next two years.

The Filipino restaurant is serving its fare inside the Hill neighborhood tasting room.

The restaurant's co-owners were inspired to launch the series after their two-week tasting tour of the Philippines.

From tocino to chicken adobo, every dish that comes out of KC Pinoy is derived from a recipe developed in the Philippines several generations ago.