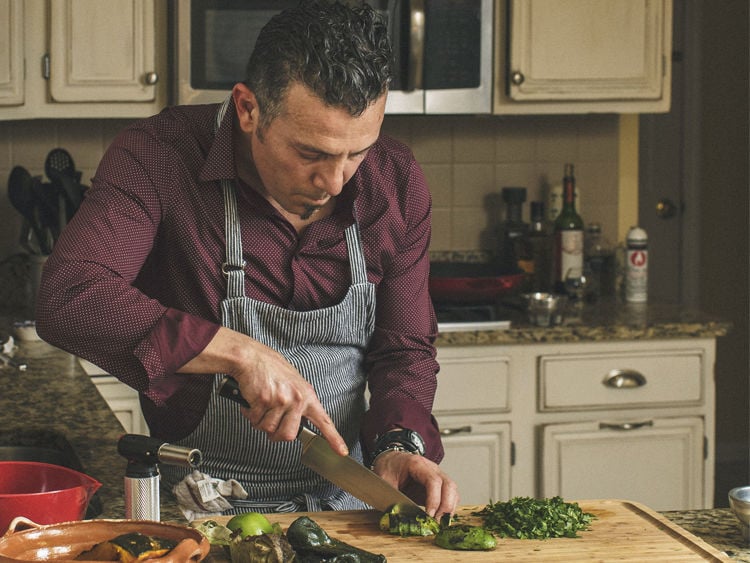 Tello Carreón is launching a catering and pop-up service. 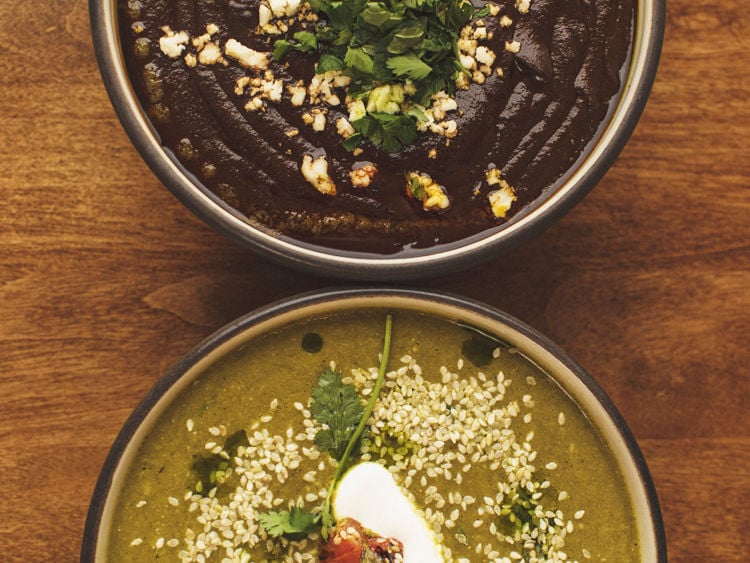 Carreón's cooking is inspired by his native Guanajuato, including several varieties of traditional mole sauce.

Tello Carreón is launching a catering and pop-up service.

Carreón's cooking is inspired by his native Guanajuato, including several varieties of traditional mole sauce.

After all, just a few months earlier, the elevated Mexican concept had achieved some pretty huge accolades: Nixta was named one of the 10 best new restaurants in the country by Bon Appetit. Carreón had helped restaurateur Ben Poremba open Nixta in the former Old Standard space in the fall of 2016, and the restaurant was heavily inspired by his hometown of Guanajuato, Mexico, including his signature molé negro de Abuelita Concepcion. At the time, Carreón said he felt he had contributed as much as he could to the restaurant.

Now, St. Louis diners can once again get a taste of Carreón's inspired cooking: The chef is launching a catering service and pop-up dinner series, with the eventual goal of opening his own restaurant. Carreón says he has the knowledge and versatility to prepare any cuisine from Mexican to Mediterranean and is also happy to accommodate dietary restrictions.

"I wasn’t thinking about doing this type of catering, but people enjoy it," Carreón says. "People learn a lot from the experience about how I cook things, how I prepare dishes and how intricate the mole sauces are. They have a great experience overall – I think that’s what I want. I want that interaction with the customer themselves. Myself, I enjoy that so much and that’s part of what I was missing in the restaurant scene."

In advance of booking an event, Carreón will offer guests a free consultation to determine the menu, meal preparation, service format and cost. Pricing packages and sample menus are also available upon request. To that end, diners could expect to see appetizers like black bean hummus with queso fresco, housemade focaccia bread with salsa macha or a parsnip-carrot salad with roasted seeds and carrots prepared three different ways. Other dishes include chorizo-shrimp tostadas with napa cabbage and poblano slaw or crab tostadas with aloe vera-mango pico de gallo.

In addition to catering private events including parties, special events and cooking classes, Carreón also plans to host several pop-up dinners that will be open to the public.

"A lot of people have told me they didn't have enough of [my] food," Carreón says. "That makes me happy. I'm very humbled to that, and I feel like I kind of owe [diners]. I want to continue to provide more of my food, if not even better."

Cynthia Hule on Pastries and Wine at Privado, Her Dream St. Louis Sweets Tour and More

At Privado in University City, she’s able to spotlight her passions in pastry and wine, serving as the weekend-only restaurant’s pastry chef and wine director.