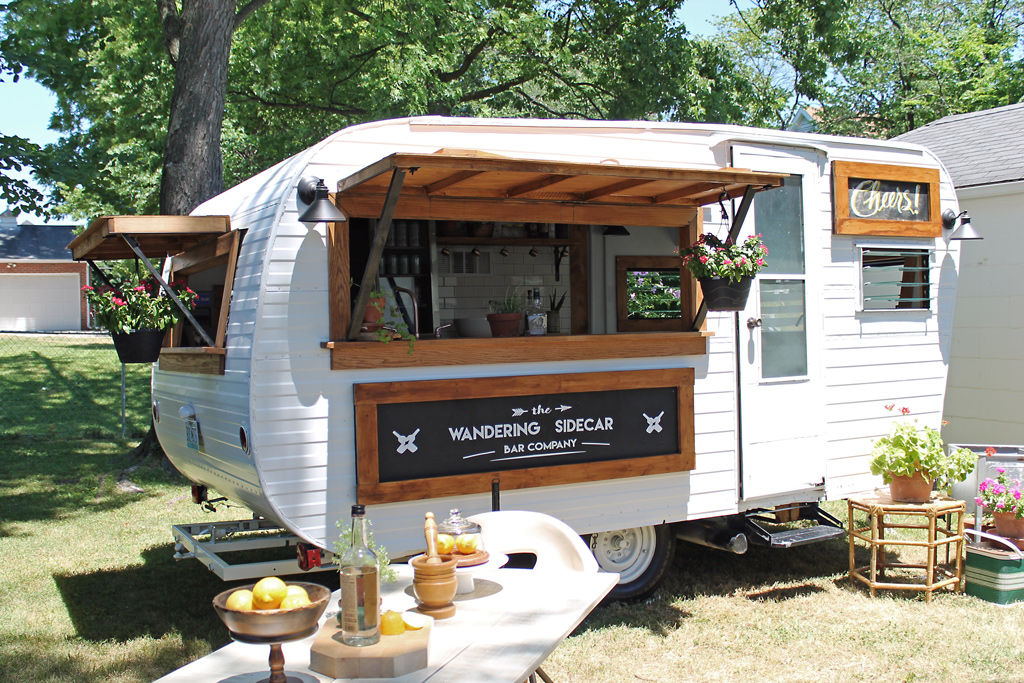 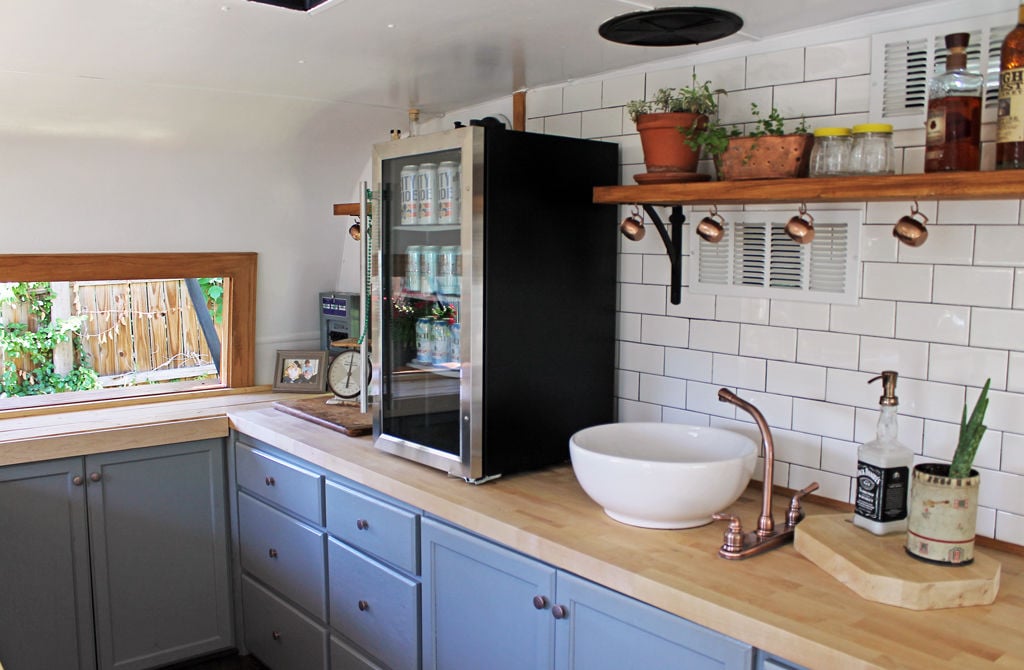 Tiffany and Dave collaborated with Mark Bertel on the inside construction and design, which includes white subway tiles, copper fixtures and a porcelain sink. 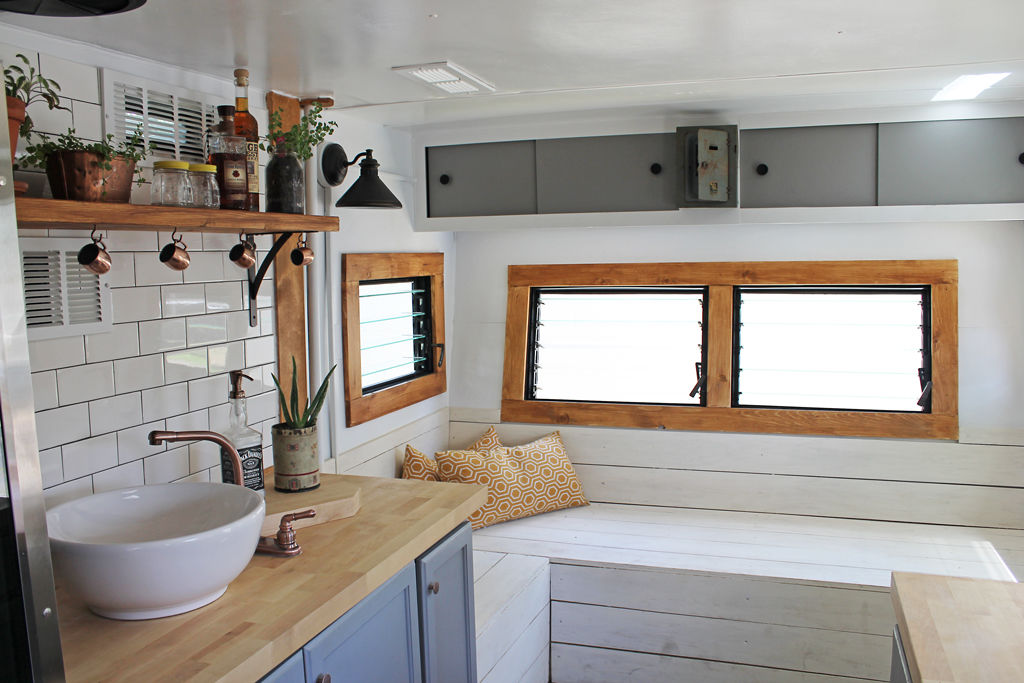 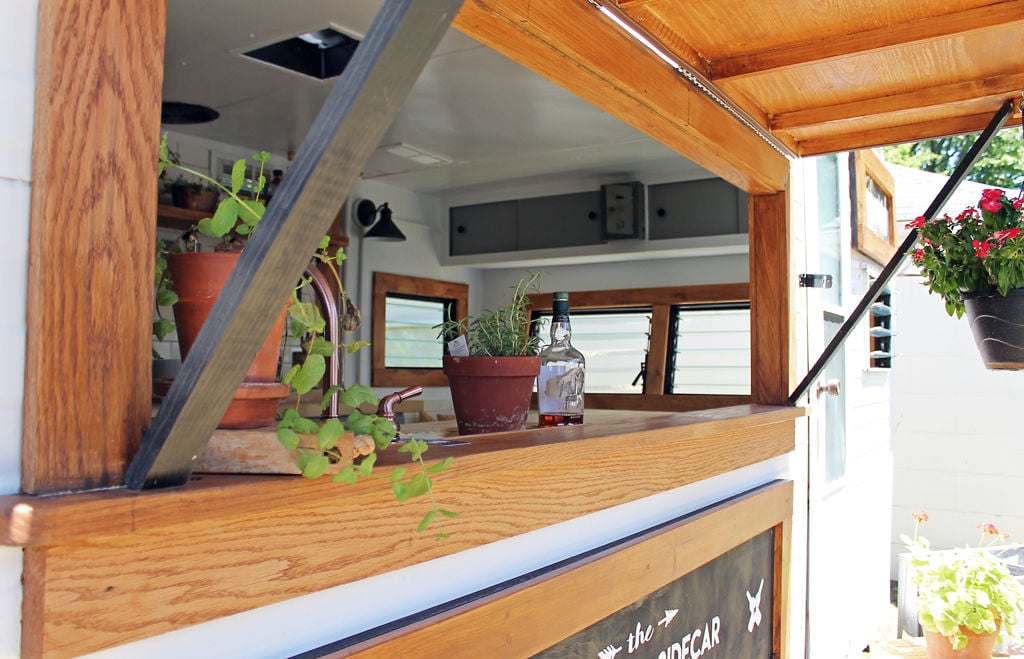 Tiffany grows herbs to add to her cocktails. "We want to bring in as many natural aspects to it as we can," she says. 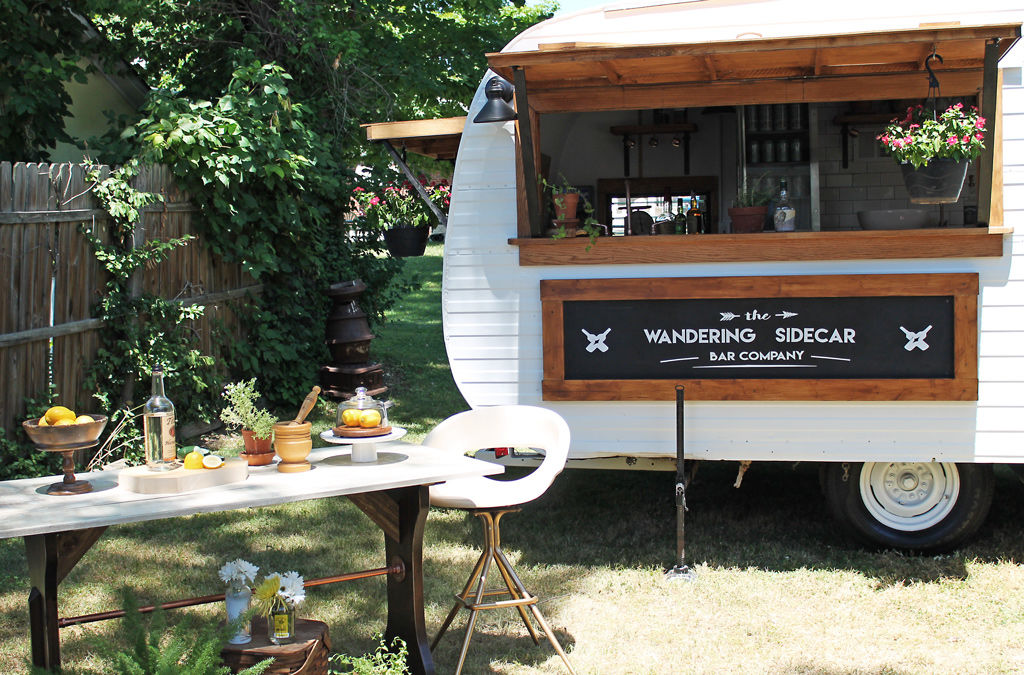 The Wandering Sidecar Bar can be rented for a number of occasions, including weddings as well as private and community events.

Tiffany and Dave collaborated with Mark Bertel on the inside construction and design, which includes white subway tiles, copper fixtures and a porcelain sink.

Tiffany grows herbs to add to her cocktails. "We want to bring in as many natural aspects to it as we can," she says.

The Wandering Sidecar Bar can be rented for a number of occasions, including weddings as well as private and community events.

The 1960 Avalon camper that rests in the backyard of Tiffany and Dave Unger's St. Charles home isn't necessarily for family vacations.

It's a mobile bar known as The Wandering Sidecar Bar Co.

The inside – built by Mark Bertel in Mountain Home, Arkansas – is a mix of old and new with vintage details, copper fixtures, custom-made butcher counter blocks and cabinets, white subway tiles, porcelain sinks, original windows and a roomy bench. Tiffany says they wanted the camper – lovingly named Ruthie after her grandmother – to have a color palette that would be appealing for a wide variety of occasions.

"We really want to be a one-of-a-kind service," Tiffany says. "We want to be something where we come in, and we take over... so [the client] can concentrate on other aspects of the event and not worry about the bar part."

When a client books the camper, Tiffany and Dave sit down with them to plan a drink list, whether it be cocktails, beer or wine. They provide the ice, cups and service while the client or venue provides the liquor.

"I can do anything from a Jack and Coke to an infused berry vodka," Tiffany says. "It's really up to the customer."

In November of last year, Tiffany – who has bartended since she was 21 – got the idea for a mobile bar service after reading about one in California. She worked at Tony's on Main Street for 10 years and was running a vintage rental company, but wanted a more family-friendly work schedule after her twin sons were born. Two weeks after reading about the mobile bar service, she and Dave bought Ruthie from someone out in Alton.

"I really enjoy working with people, and I like making drinks," Tiffany says. "[Wandering Sidecar] kind of meshed the best of both worlds. I get to do a little bit of styling too."

Ruthie was completely gutted on the inside, and Tiffany and Dave's first hire for the construction had to back out. That's when they found Bertel, who builds custom small homes in Arkansas. Ruthie was stationed there for about six weeks while Bertel worked on her. Tiffany and David picked up the camper June 1.

"Honestly, when I pulled up to it in Arkansas, I almost couldn't breathe, and I couldn't get out of the car," Tiffany says of the emotional day, adding "we worked really hard on it and want people to like it."

Now, Ruthie is available for weddings, private parties, corporate or non-profit events and much more.

"We want to be known as a company that's active in the community," Tiffany says.

Although they haven't been in business long, Tiffany says they're already expanding their fleet of campers. They hope to have their second one, a 1967 double horse trailer, remodeled by the end of the month. They're also searching for a vintage truck to attach to the campers.

"We're always looking for things to add – something that will be an added perk for the client," Tiffany says.

The company is currently booking clients, and people have already reached out, wanting to use Ruthie and the bar service for a variety of reasons.

The Wandering Sidecar Bar Co. might have come together at a fast pace, but the Ungers simply credit it to fate.

"We felt like it was kind of meant to be," Tiffany says. "We just went for it."