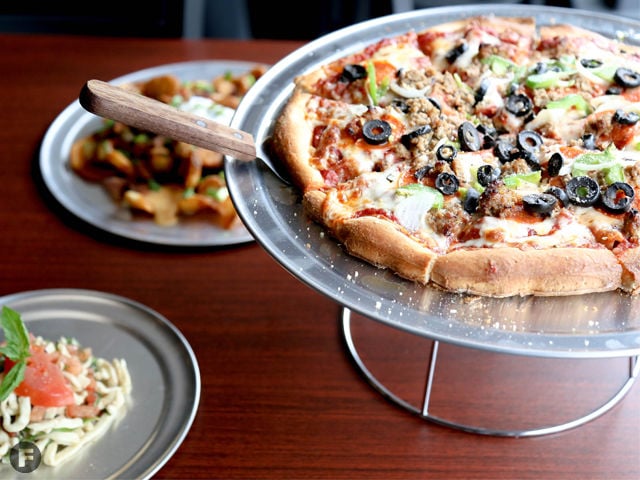 Pizza is the name of the game at The Sliced Pint. 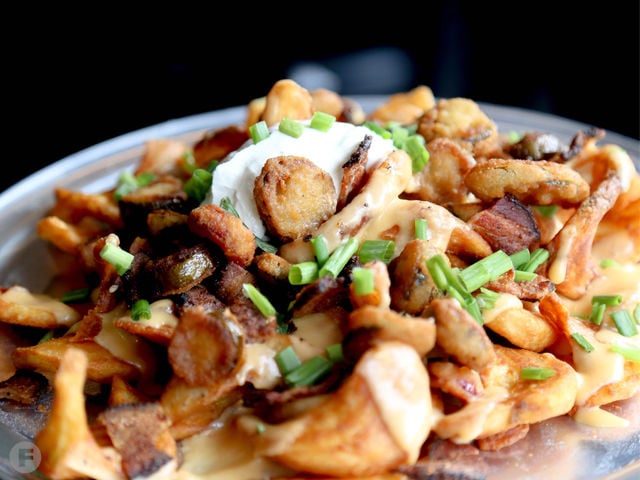 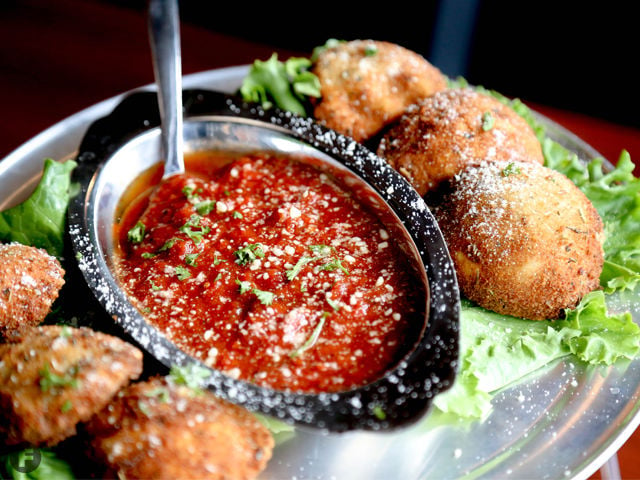 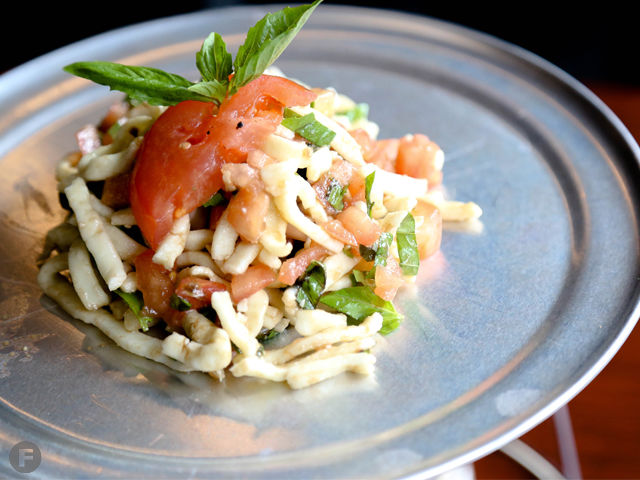 The Toni Basil is The Sliced Pint's version of a caprese salad. 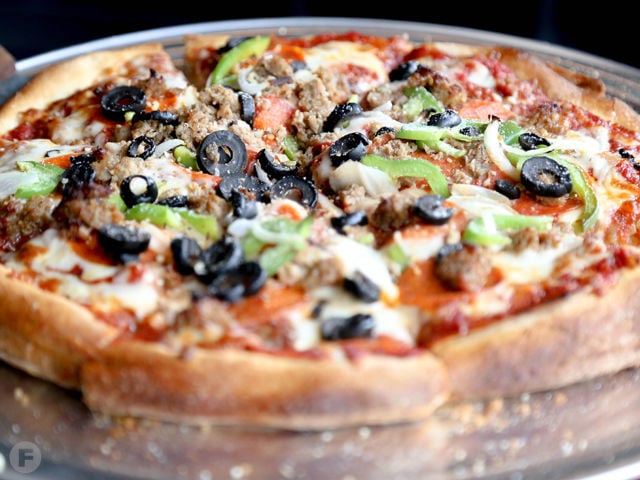 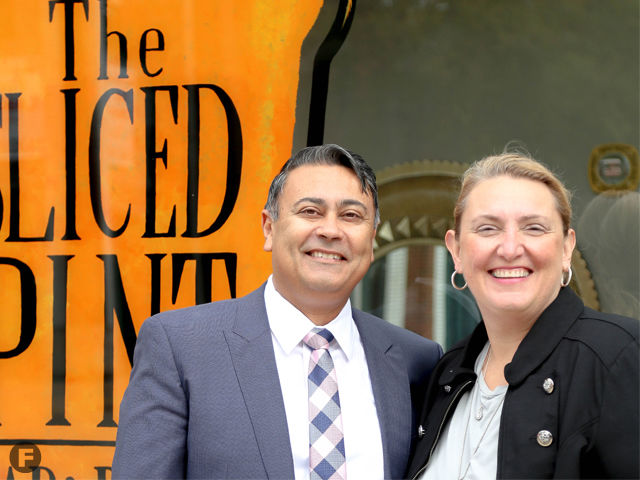 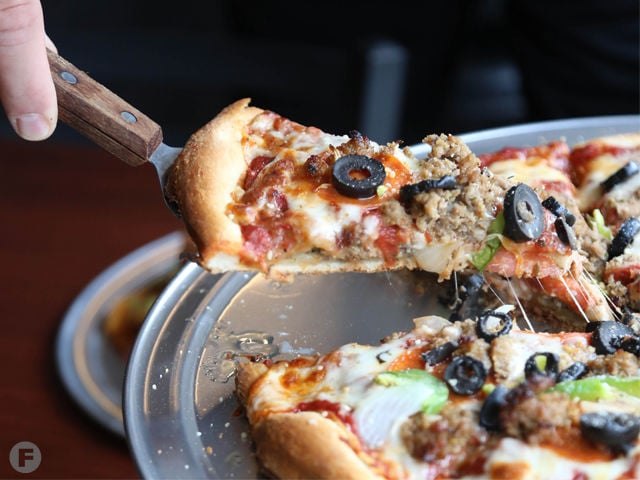 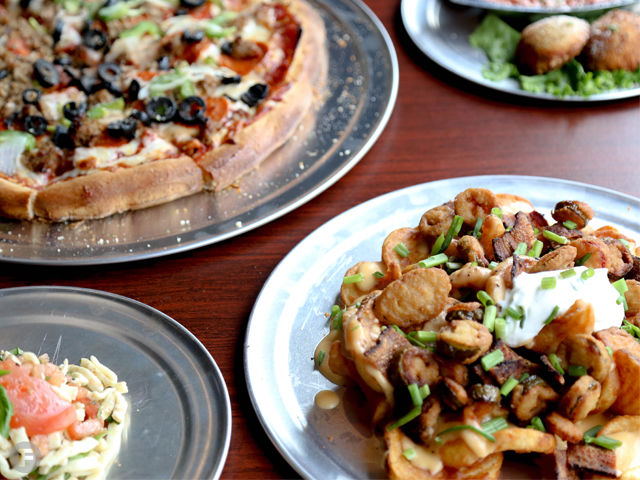 A selection of dishes from The Sliced Pint: The Humble Pie pizza, toasted ravioli, loaded fries and the Toni Basil. 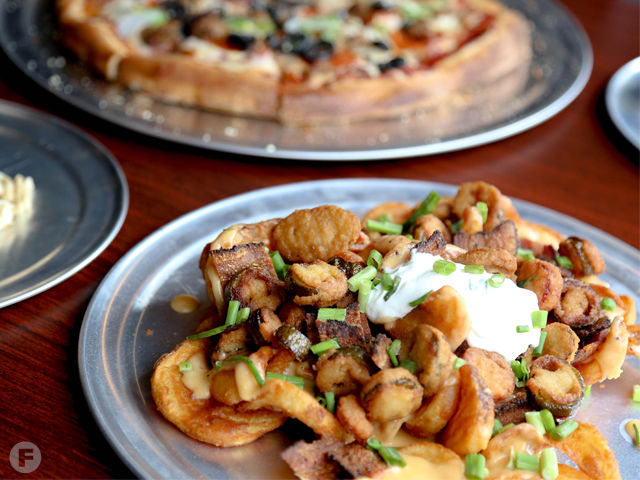 Pizza is the name of the game at The Sliced Pint.

The Toni Basil is The Sliced Pint's version of a caprese salad.

A selection of dishes from The Sliced Pint: The Humble Pie pizza, toasted ravioli, loaded fries and the Toni Basil.

After Amy and Amrit Gill (who also own Restoration St. Louis, O'Shay's Pub and Holiday Inn Route 66) bought a property on Washington Avenute in 2013, they renovated the top floors and restored the apartment complex. However, they ended up with a large empty space on the ground floor. Being the adventurous pair that they are, they decided to open a new restaurant downtown. “I married a guy who likes to try new things, so we own restaurants, we own a distillery in Ireland and I still own a pirate ship,” Amy says.

At The Sliced Pint, which opened in late September, the couple wanted to create a one-stop-shop where locals and tourists alike could find their St. Louis favorites and try some original dishes as well. The Gills pride themselves on always using fresh and delicious ingredients. “We focus on fresh ingredients,” Amrit says. “Never frozen food. We know what a difference it makes, and it’s important to us.”

Each pizza is named after a band; try The Cure with hamburger, white onion, fry sauce, Cheddar, tomato and pickle; or The Costello with chicken, cream sauce, white onion and sun-dried tomato. In a tribute to one of St. Louis' hometown bands, The Urge features sweet barbecue sauce, chopped pork steak, red onion and roasted red pepper.

Appetizers include the Loaded Sidewinder Fries featuring thick-cut fries topped with beer cheese, fried jalapeños, bacon and sour cream. For something a little lighter, opt for The Toni Basil, which is The Sliced Pint’s version of a caprese salad. Mozzarella is cut into “noodles” and tossed with tomatoes, basil and balsamic vinaigrette.

The space, which features lounge seating, also caters to those who want a place to hang out and grab a drink. In addition to a full bar, guests can try more than 100 beers including 27 local options including 4 Hands, Urban Chestnut, Schlafly and more. In addition to paintings by local artists on the walls, you can find three TVs behind the bar, two of which track the levels of beer left in each keg.

The restaurant will partner with local breweries to create single-batch experimental craft brews.

Amanda Wilens is a contributing writer and photographer for Feast Magazine. She is also an event planner and food blogger based in St. Louis.