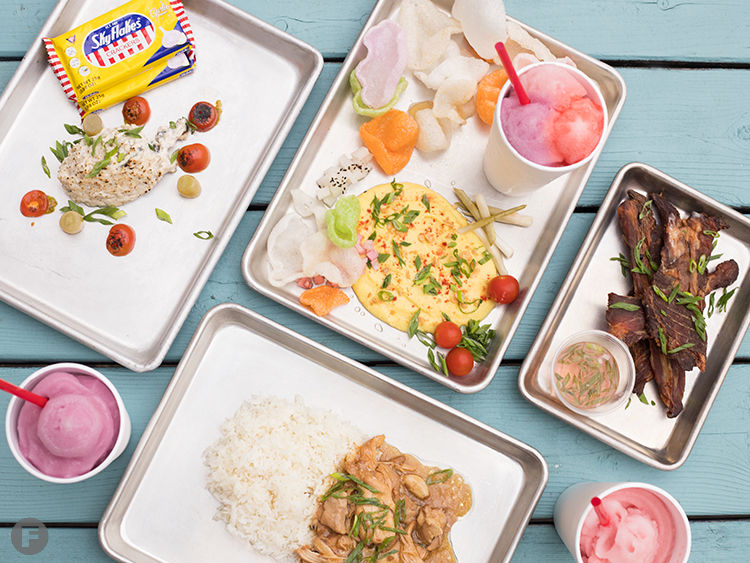 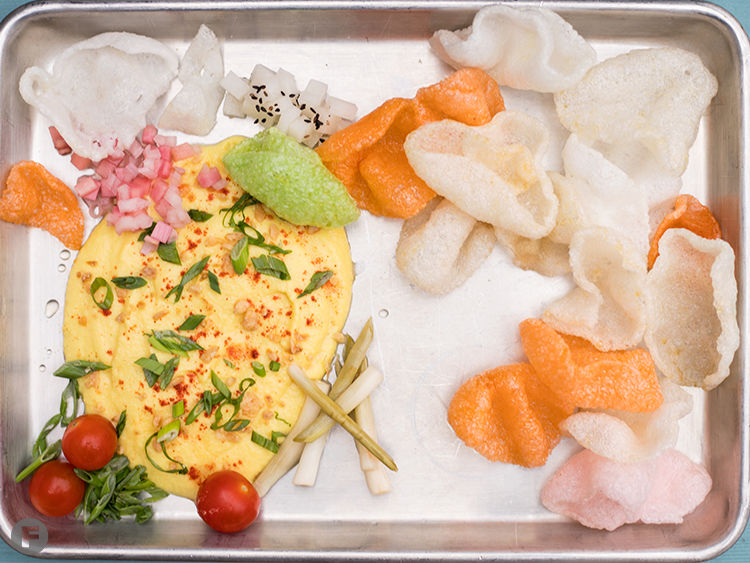 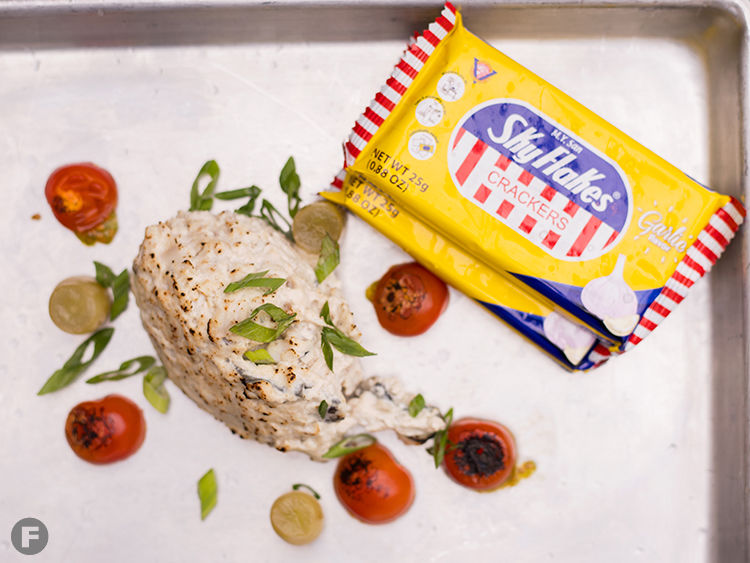 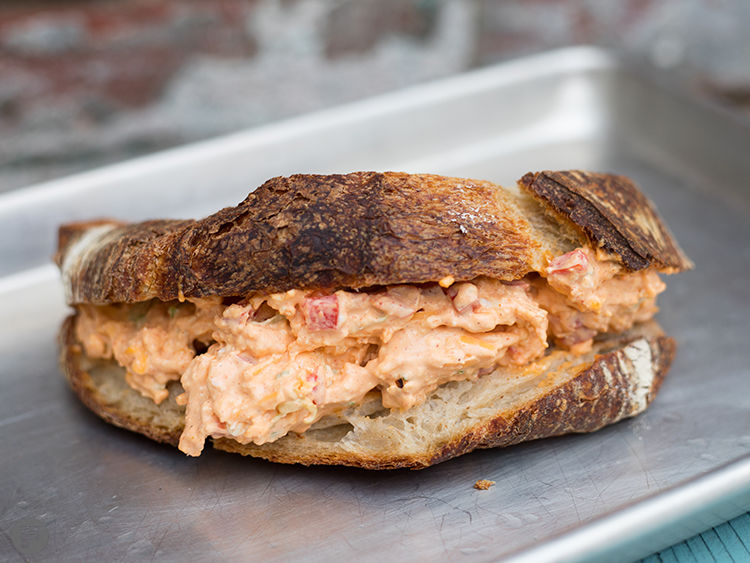 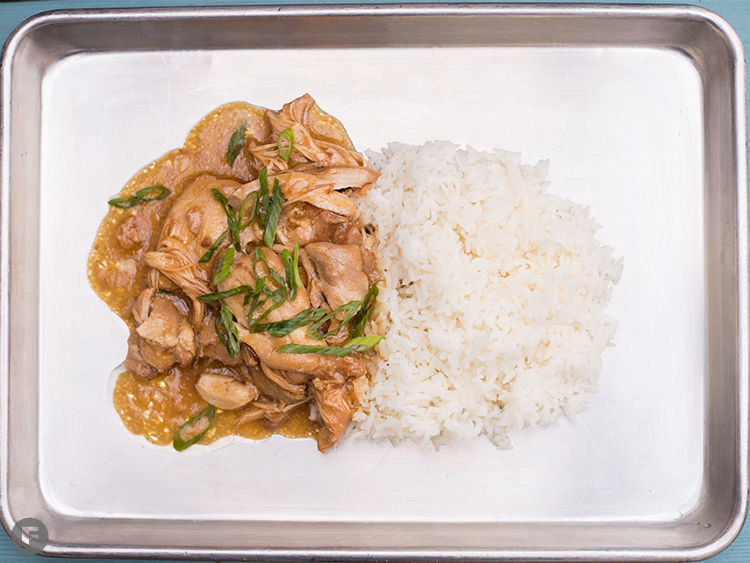 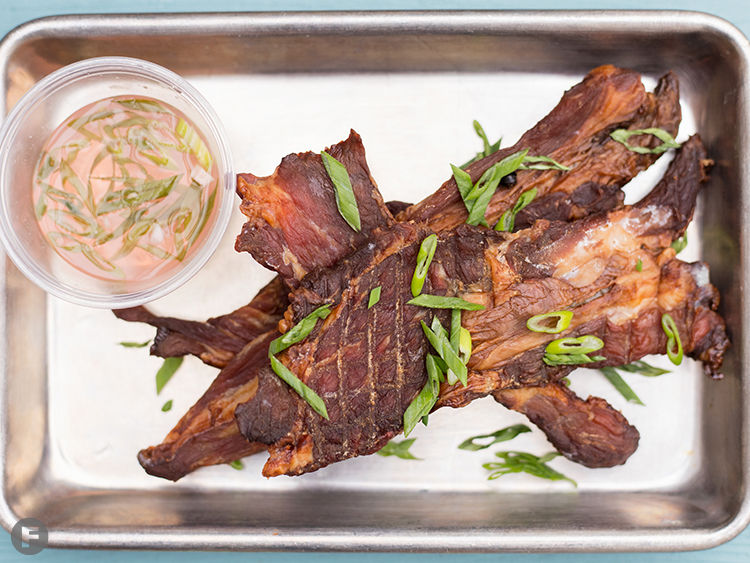 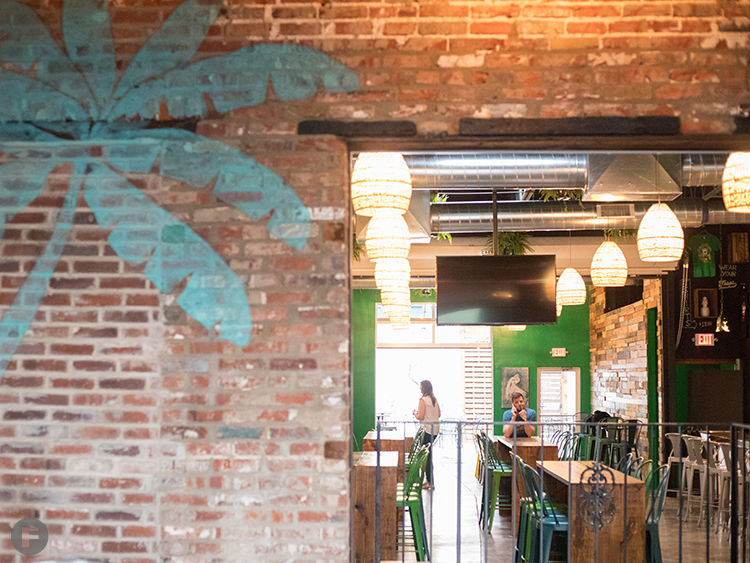 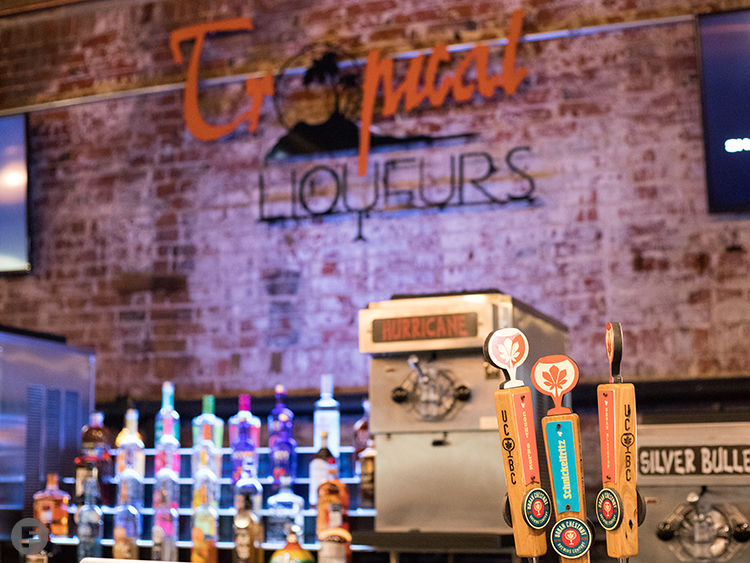 Fourteen different flavors of frozen cocktails, draft beer and spirits will be available behind the bar. 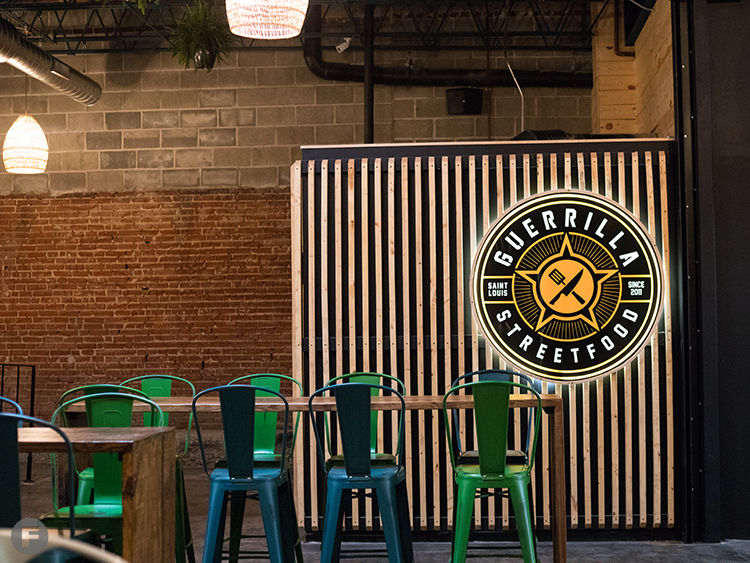 Tropical Liqueurs will operate its own service counter in the space. 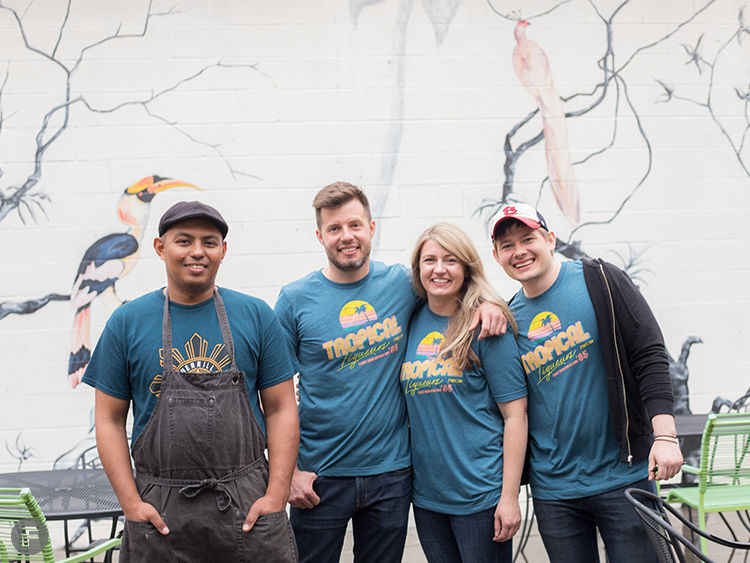 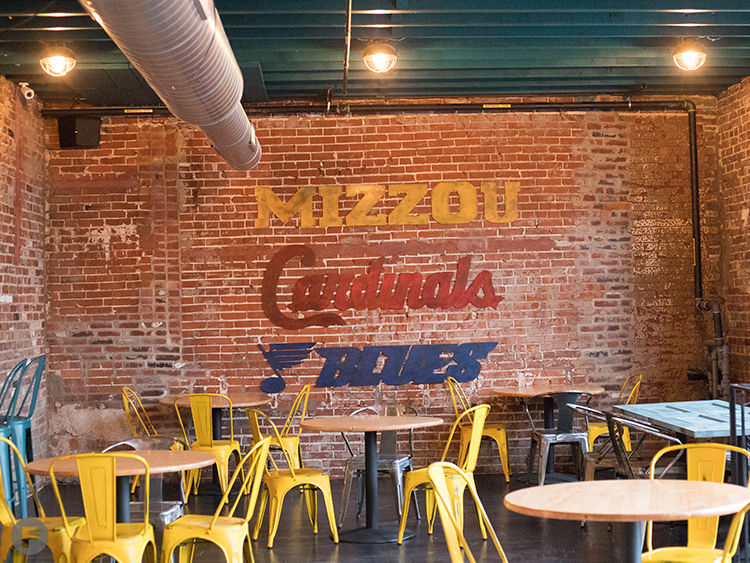 The space features local flair in addition to tropical-inspired decor. 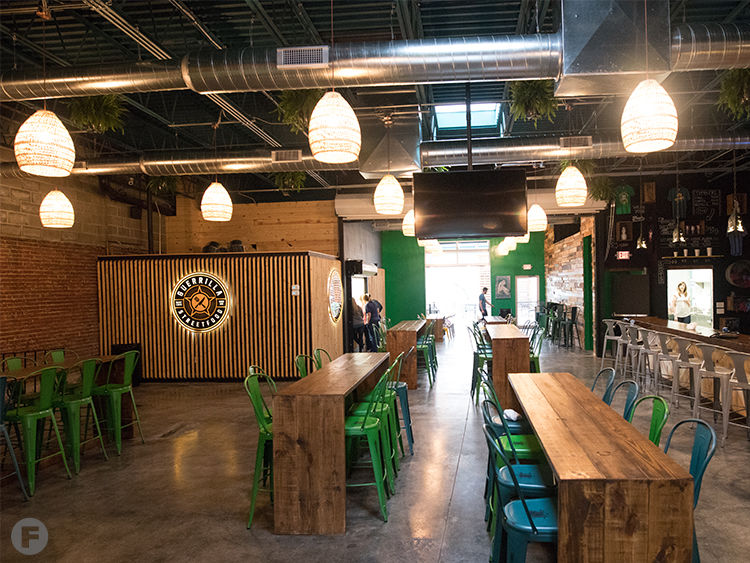 Coming soon to the the Grove.

Fourteen different flavors of frozen cocktails, draft beer and spirits will be available behind the bar.

Tropical Liqueurs will operate its own service counter in the space.

The space features local flair in addition to tropical-inspired decor.

Coming soon to the the Grove.

A highly anticipated collaboration debuts soon in The Grove. Tropical Liqueurs, or “Trops” to the initiated, returns to St. Louis Thu., May 17 at 11am. The new location will serve its signature frozen cocktails alongside modern Filipino-American fare by Guerrilla Street Food, which plans to open in the shared space Fri., June 1.

Tropical Liqueurs has served the Columbia and Springfield, Missouri, markets for more than 30 years, unveiling its first franchise in St. Louis nearly three years ago. The Soulard bar closed in 2016, later announcing plans to reopen in The Grove with an expanded space and an exciting new partnership.

“Filipino food and tropical drinks have a lot of natural flavor crossovers. Guerrilla Street Food paired with our citrus-y and sweet drinks just makes a lot of sense,” says Billy Thompson, who co-owns the Trops franchise with his siblings Bradlee Thompson and Connie Vaughan.

As reported by Feast in April, the shared venture marks Guerrilla Street Food’s fourth stationary outpost following a recent brick-and-mortar opening in the Delmar Loop. Like its previous counterparts, this outpost of GSF will turn out its mainstay classic dishes but will also have an entirely new menu of “merienda” and “new school” entrees unique to its location.

The businesses fill a space nearly three times the size of Trops’ previous incarnation, including a 2,000-square-foot patio. The New Orleans-inspired design features textures such as whitewashed wood and exposed brick combined with verdant undertones. Mural work by Scott Pondrom of The Deli Decorative Paint Company includes imagery of tropical birds and ferns. Additional decor features signage to show love for hometown teams – a counterpart to the 10 TVs on site to display games.

Behind the bar, 14 frozen drink machines will rotate a selection of Trops’ concoctions, such as its best-selling Tiger Paw with 151 Rum, Peach Schnapps, pineapple juice and orange juice as well as the Silver Bullet with 190-proof grain alcohol, lemonade and Sprite. New flavors will include a frosé and the Billiken with huckleberry with vodka. Beer and cocktails will also be available.

At the opposite counter, guests will find savory Guerrilla Street Food favorites such as its Flying Pig and chicken adobo. The location’s executive chef, Nowell Gata, also developed five “new school” dishes and four new merienda with chef-owner Brian Hardesty for the debut set of offerings.

“The all-electric kitchen here is going to be very streamlined, and our food is going to cater to more of a party crowd,” Gata says. “Our cooks will come up with new ideas in a very organic way we’re all really excited about. It’s just a fun environment.”

To that end, Gata and his staff have creative offerings such as a smoked fish-sauce pastrami with atchara and crab-fat based “seven-thousand island dressing” on rye. Additional dishes include adobo jerky; a pimento-cheese sandwich; mung-bean hummus served with shrimp crackers; and smoked milk-fish dip served with blistered tomatoes and Sky Flakes crackers. In the future, Trops will also introduce a Sunday brunch with GSF items and a pop-up Kaldi’s coffee bar.

“It’s been a wonderful experience working with our friends and neighbors here,” Thompson says. “We’re really fortunate to find a new home in a community that’s so steeped in diversity and inclusion.”

Editor's note: This post has been updated with opening date information.

The chef grew up in cities around the world, including Manila, Tokyo and San Francisco.

The restaurant will operate inside Tropical Liqueurs in The Grove.