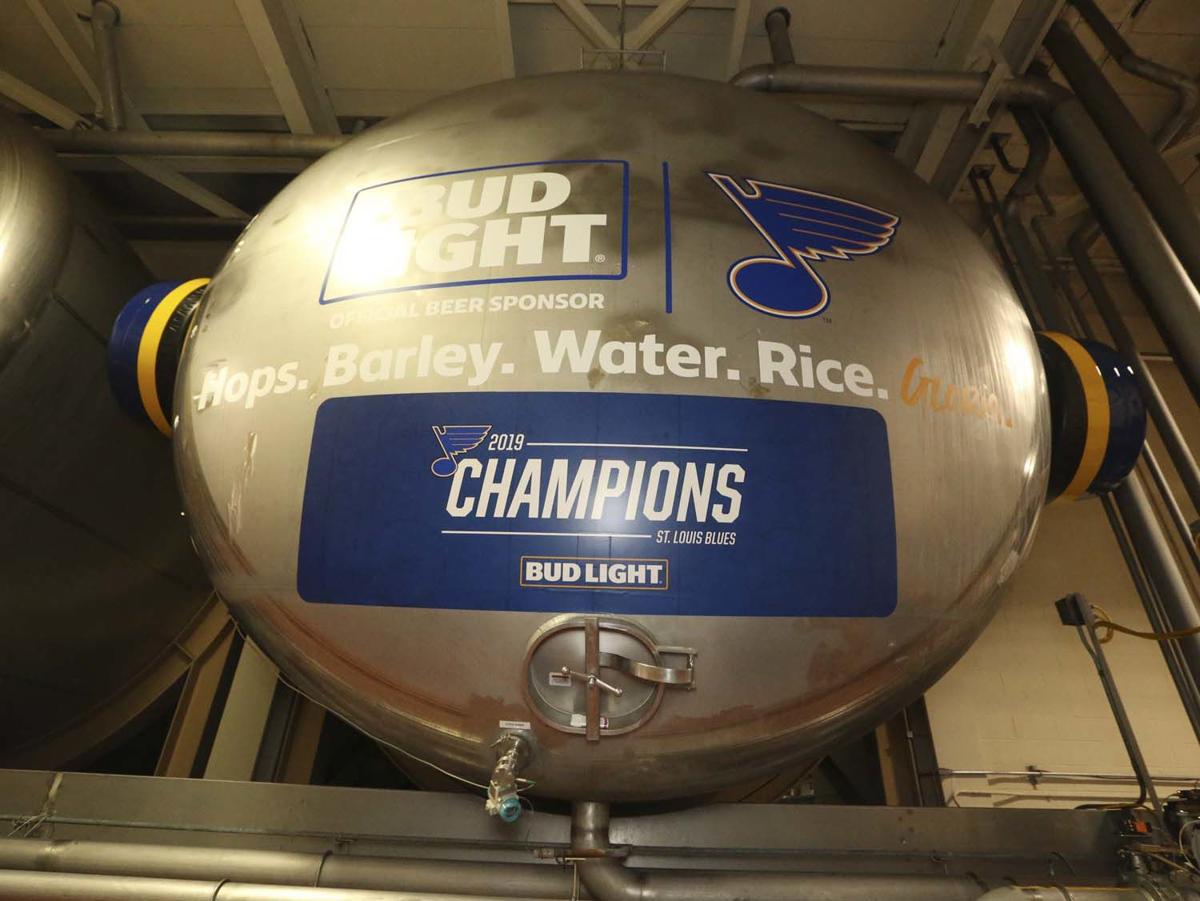 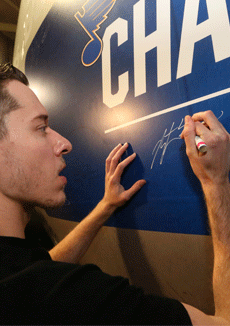 Witness brewing history in the making at the Anheuser-Busch St. Louis Brewery and Tour Center. Now, for a limited time only, all tour participants can see where the St. Louis Blues celebrated their Stanley Cup championship win: in front of Tank 104, which holds Bud Light’s Gloria Brew.

The special batch of beer is being brewed with the sounds and spirits of the team’s unofficial victory anthem, “Gloria” – the tank is even wearing massive headphones in order to absorb every note of the song, which will be played on repeat, 24/7, for the entirety of the historic brewing process. During their revelry, every member of the 2018-2019 championship team also signed the tank.

Once ready, the beer will be poured into limited-edition championship packs that will be released later this year.

Can’t make it down to the brewery? Tune in to the livestream to watch the brewing process as it happens.