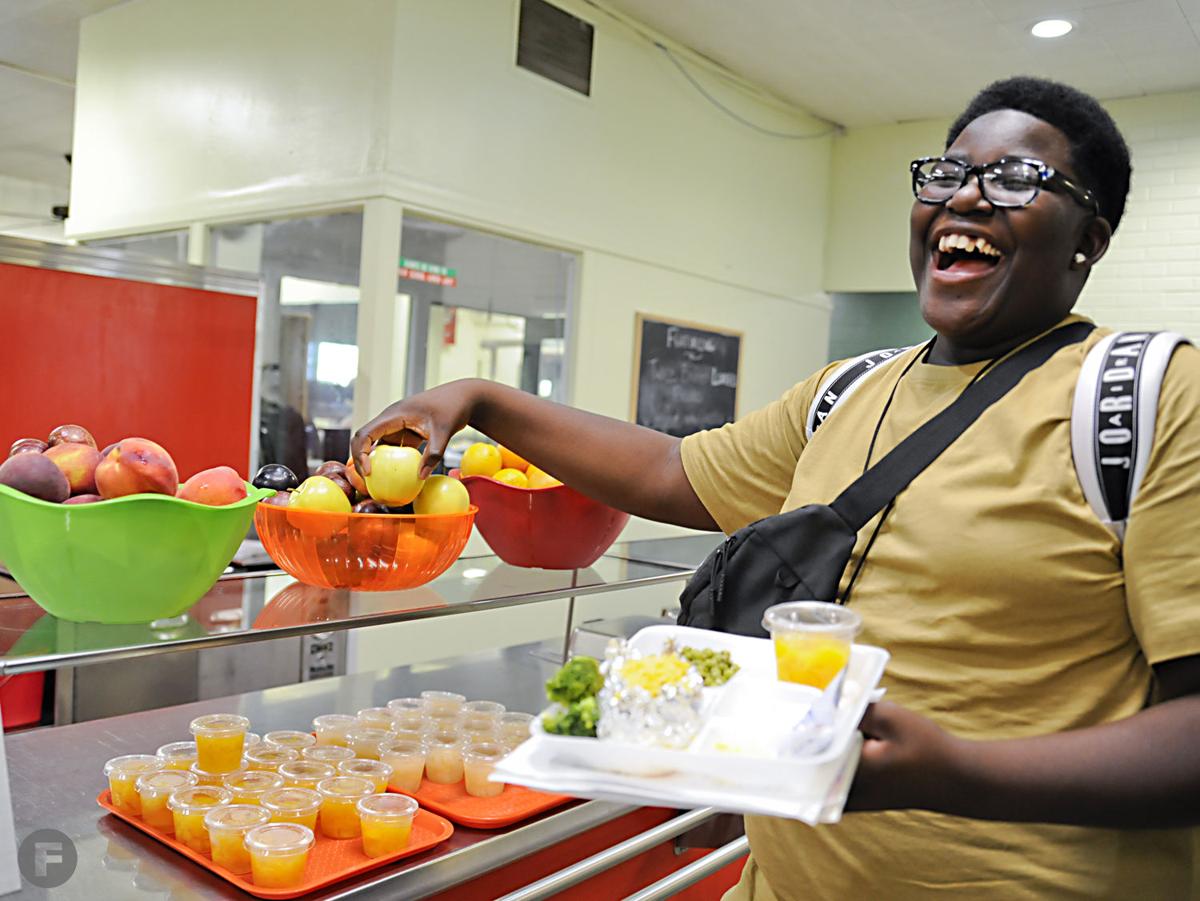 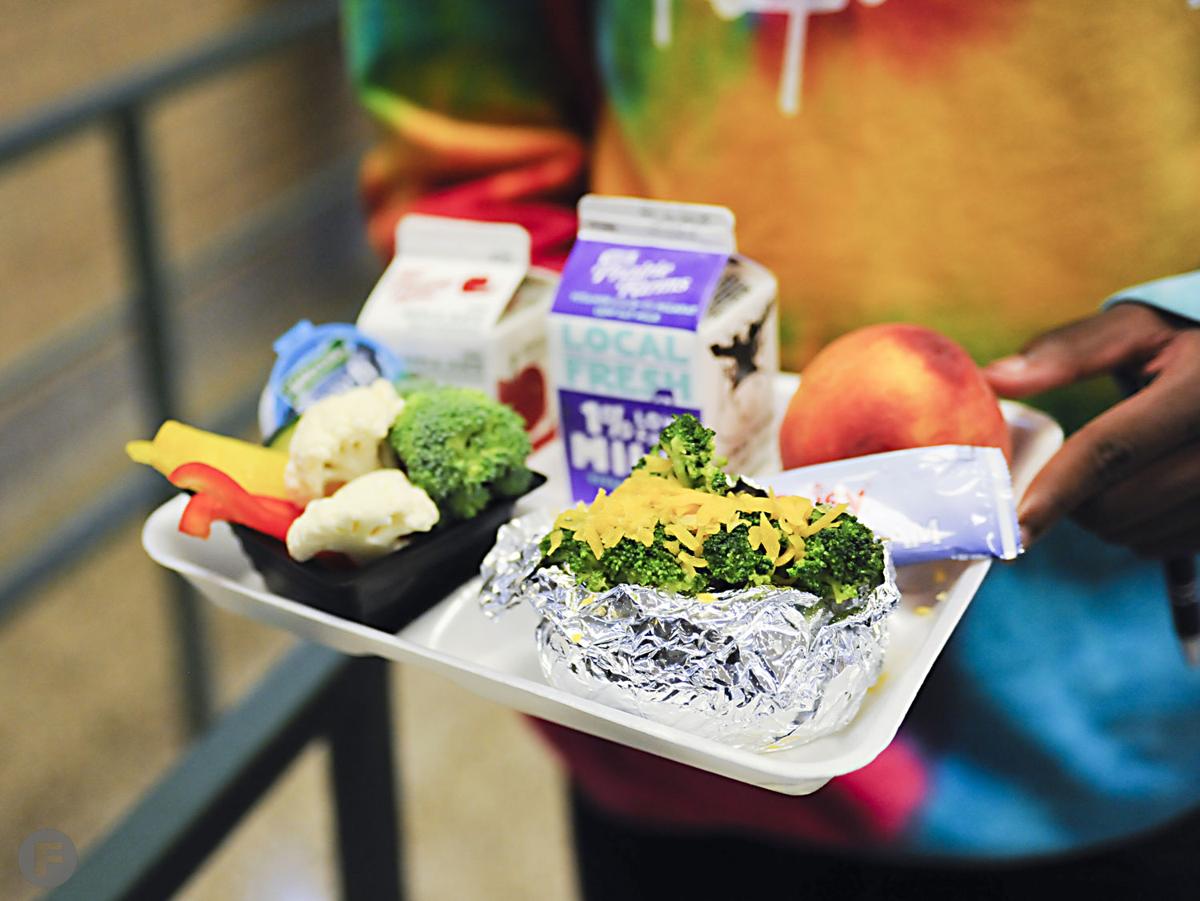 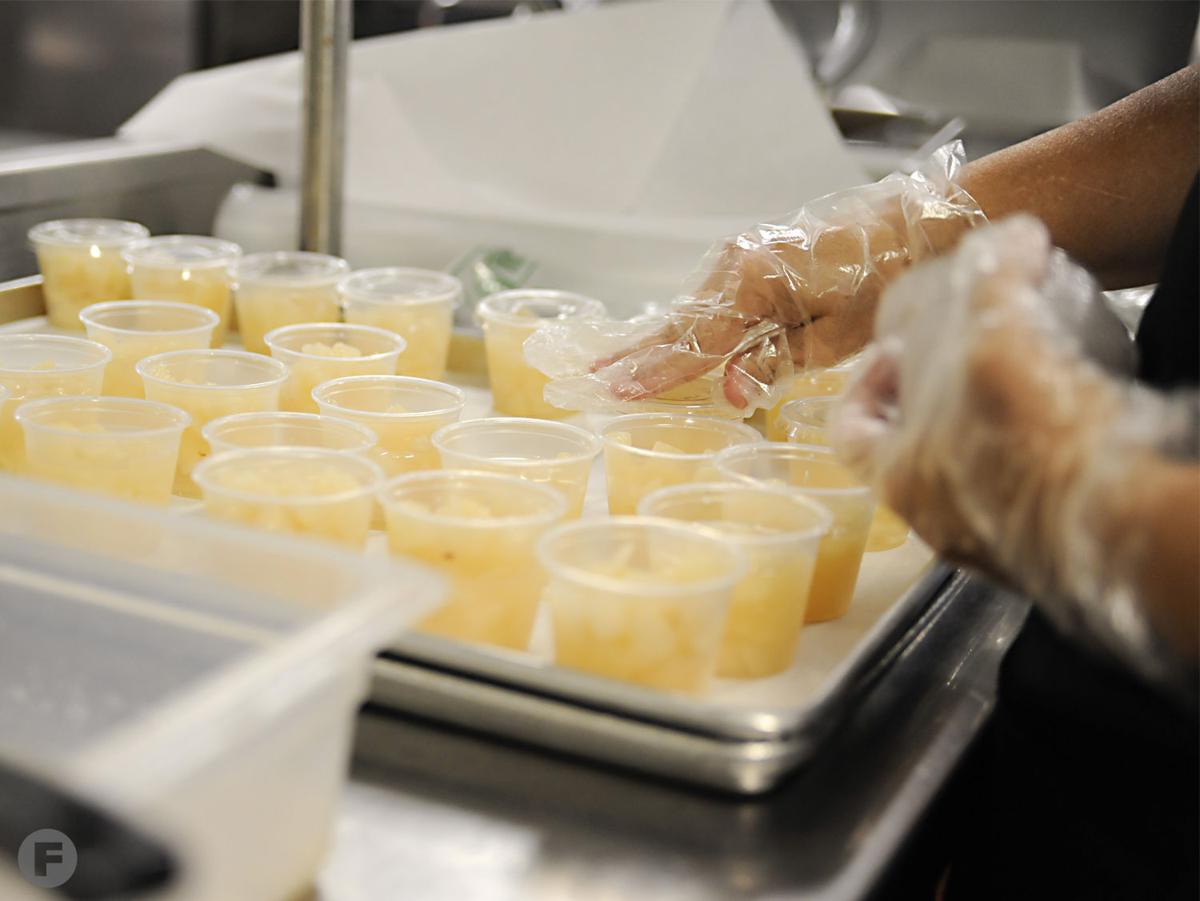 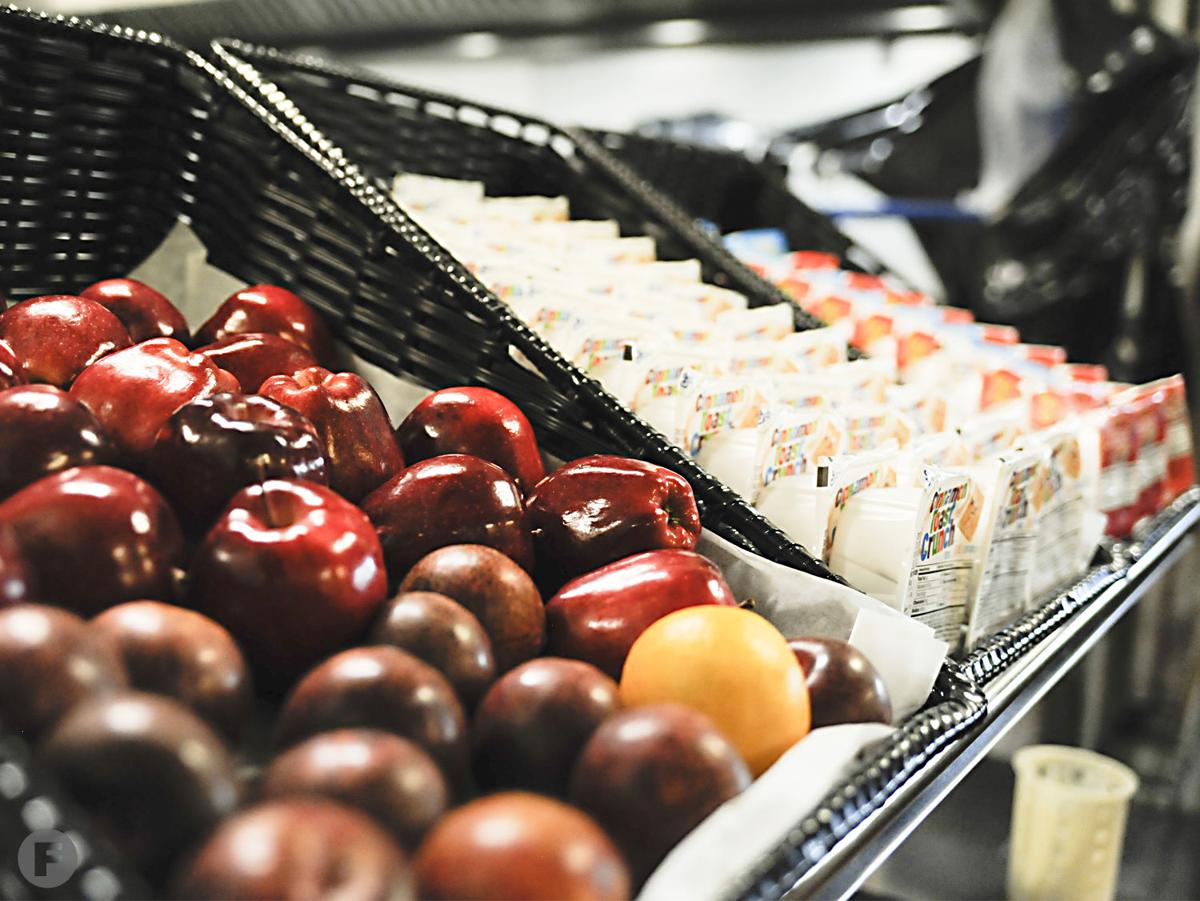 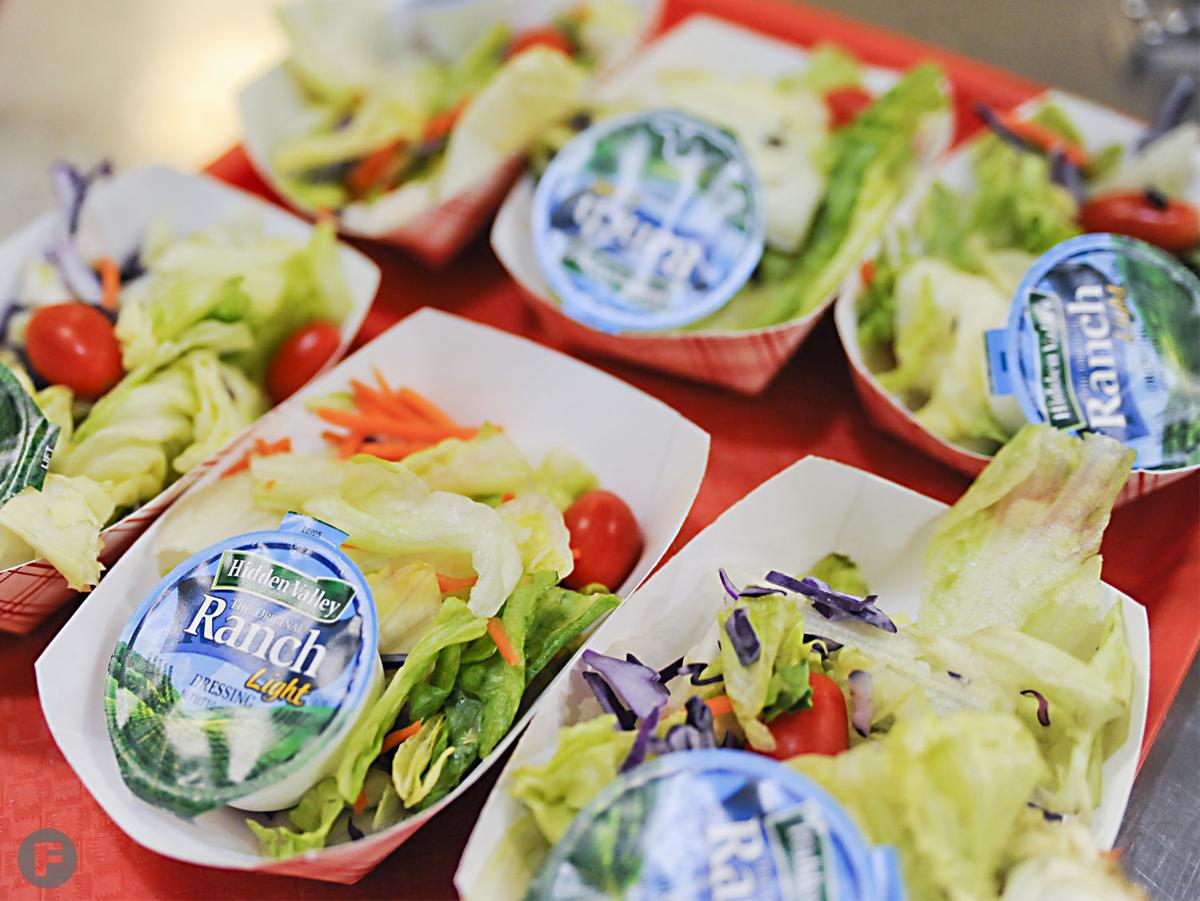 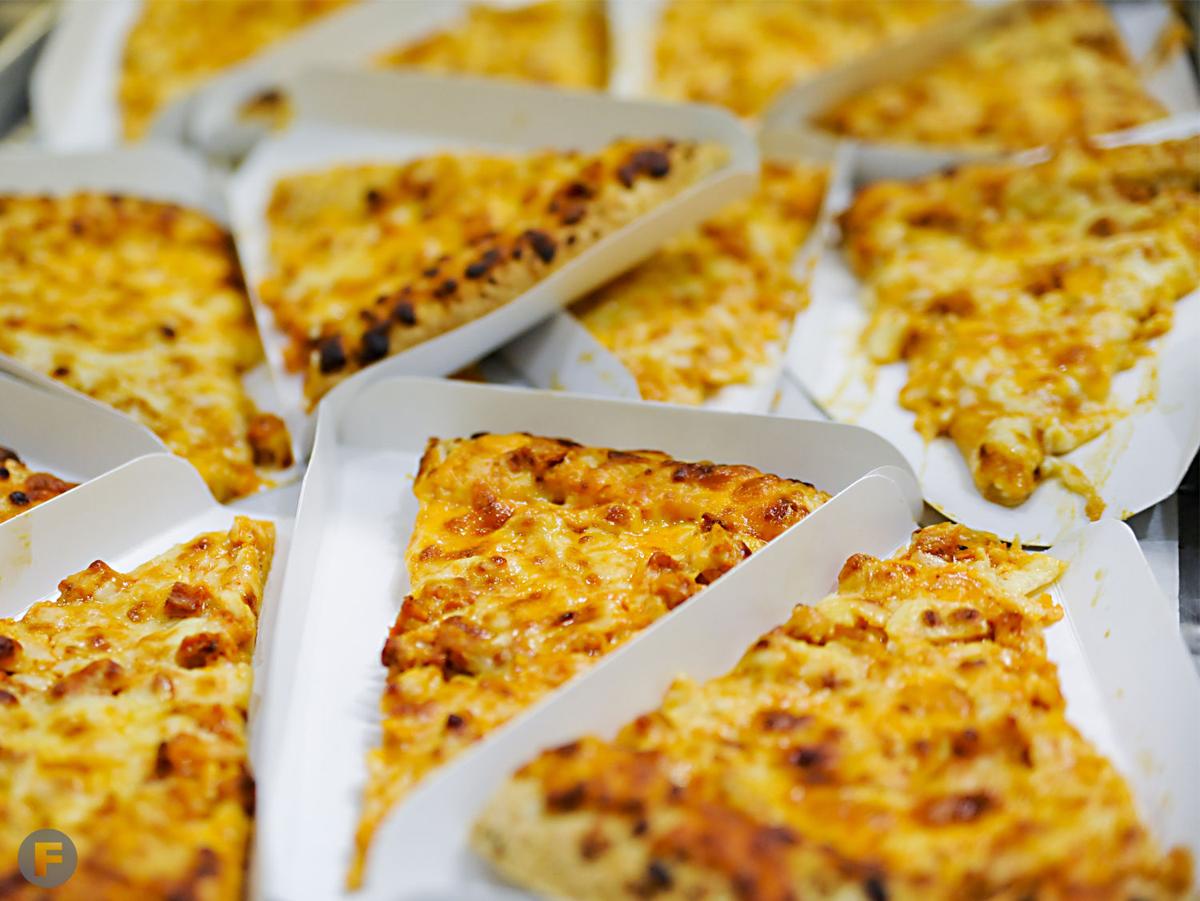 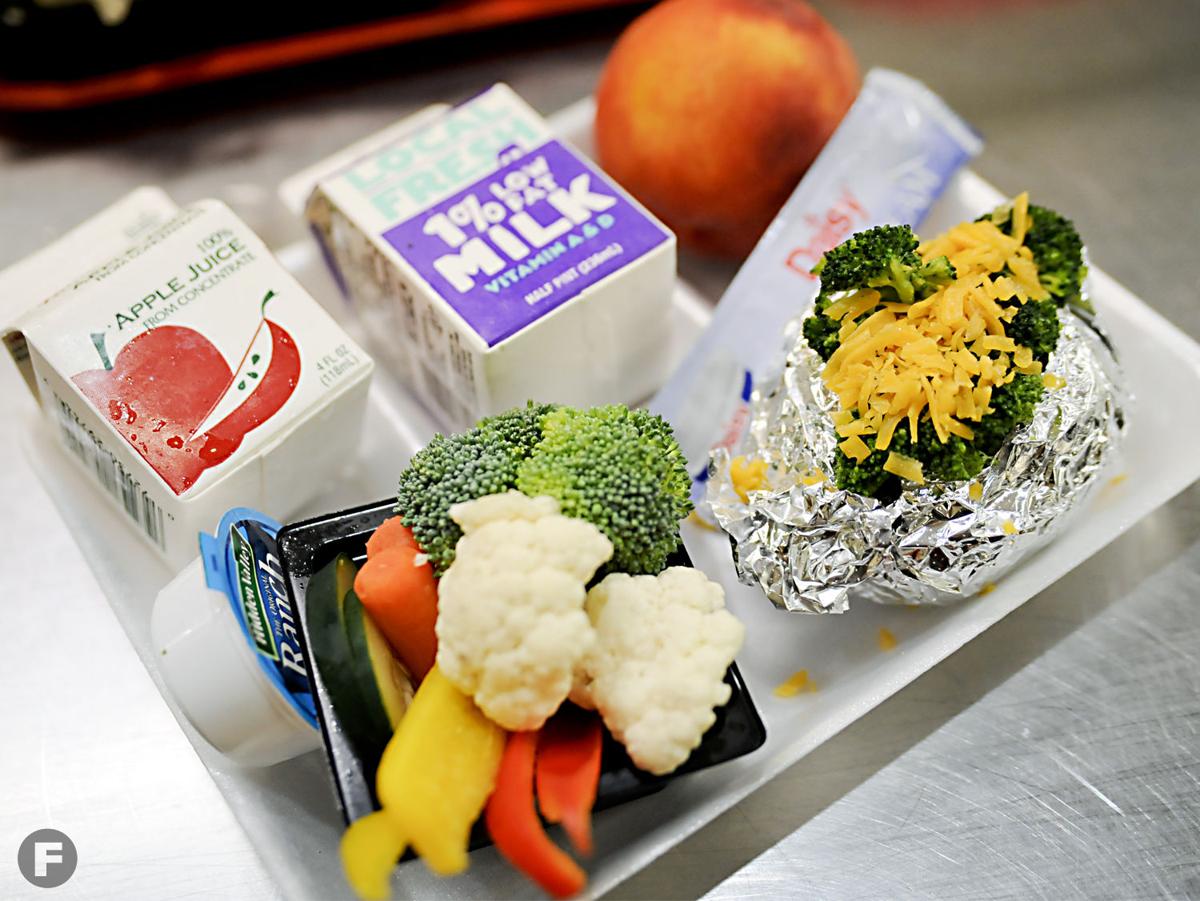 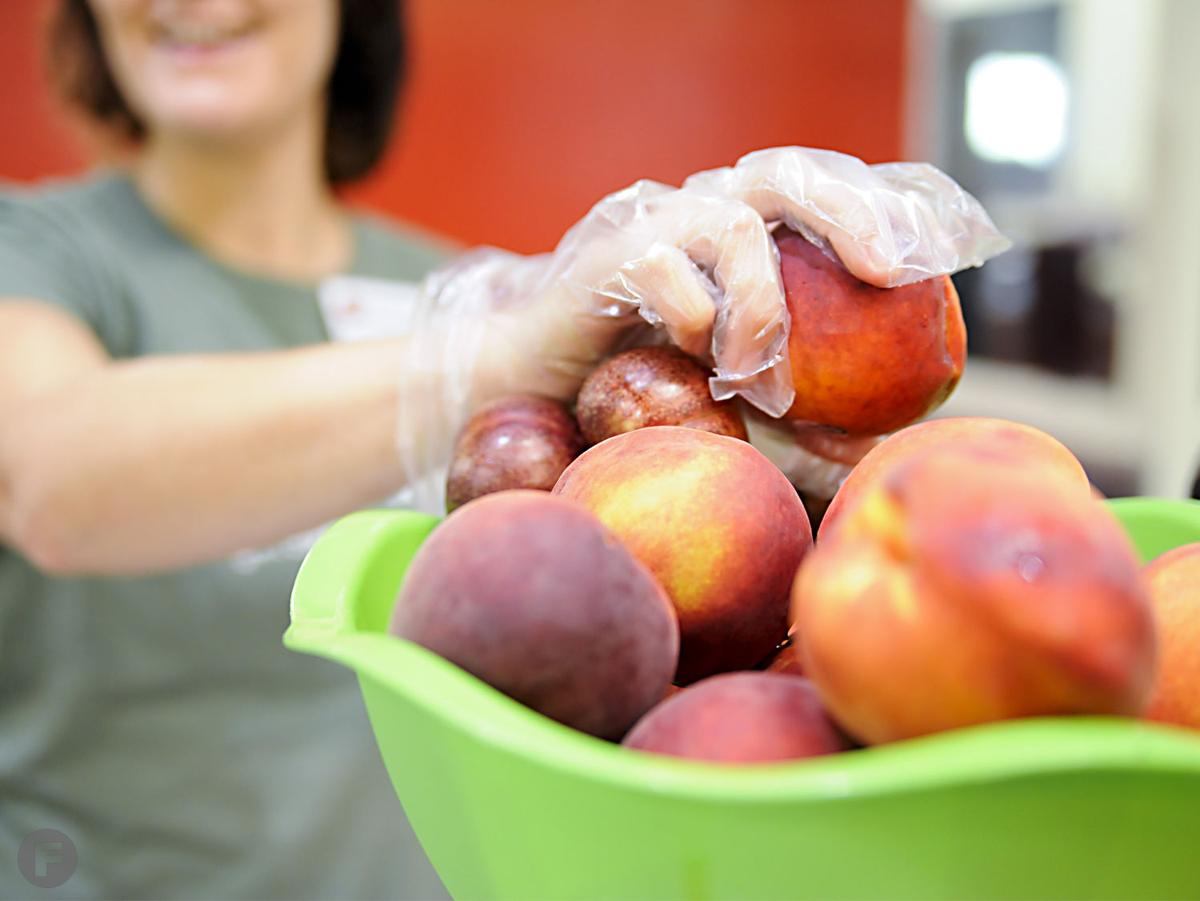 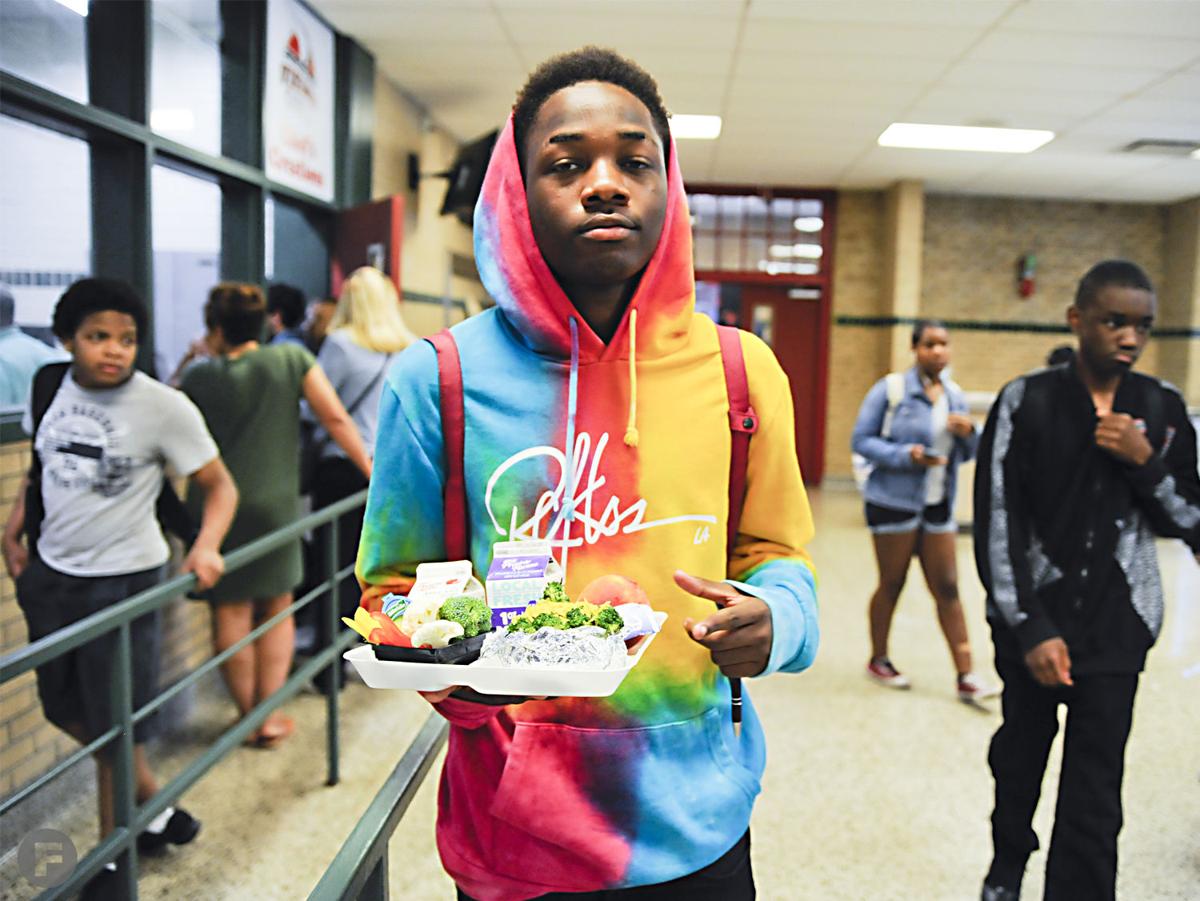 School cafeteria food is often the butt of jokes, but it's hardly a laughing matter in St. Louis neighborhoods where students rely on federal assistance programs for free or reduced-price lunches.

But what happens when the food that's available isn't appealing to students?

At Normandy Schools Collaborative – which consists of a high school, middle school and five elementary schools – the entire student body qualifies for free breakfast and lunch. Throughout the years, the district has partnered with Operation Food Search on several programs, including Operation Backpack and Breakfast in the Classroom. As the name implies, the latter program moves cafeteria breakfasts into the classroom with the goal of increasing utilization – in other words, to get more kids eating.

But when the time came to implement the program at Normandy High School, a new idea arose.

"I told [Operation Food Search] that I loved the idea of Breakfast in the Classroom, but my students had told me that if the food's not different, it doesn't matter where they get it," says Normandy High School principal Pablo Flinn. "They were adamant about not eating breakfast and not eating lunch. They said they didn't like the food: the quality, the presentation, the process of picking it up in a single line. That really was the jumping off point for a much more significant conversation about the quality of the food presented in our school's cafeteria."

"Normandy High School sits dead center in one of St. Louis’ food deserts. A lot of these students come to school very hungry. They eat breakfast at school, they eat lunch at school, and sometimes they don’t eat again until breakfast the next day."

It was a challenge that both sides – Operation Food Search and the Normandy school district as a whole – readily embraced; even the school board got behind the project, issuing a challenge: They wanted to see a definitive, noticeable difference in the cafeteria food on the first day of school.

It was time to get to work. In February of this year, Operation Food Search conducted a survey at Normandy High School about the quality of food served in the cafeteria. Questions didn't shy around the issue, ranging from "How frequently do you eat in the cafeteria?" and "What are your favorite items?" to "What are your perceptions of the look, taste and temperature of the food?" and "How are you treated by the cafeteria workers?"

The results were staggering: Of the roughly 550 students attending high school at the time, 200 responded to the survey.

"It was phenomenal," says Wieher. "It showed us that these kids were really invested in this. And, as you might imagine with high school students, when given the opportunity they told us in no uncertain terms their pleasures and displeasures with school food in general."

With the results of the survey in mind, Operation Food Search's food service team created a plan that was approved by the school board and implemented over the summer, just in the time for the first day of the 2019-2020 school year.

On Mon., Aug. 19, Normandy students walked into an almost unrecognizable space. The Normandy High School cafeteria is gone, and in its place is the striking new Viking Grill. Students can now choose from two food service options, plus a self-serve condiment bar, a flavor station with salt-free seasonings and a vegetable bar for salads.

Healthy, nutritious food is the end goal, and Operation Food Search worked to make that kind of food more appealing to the students by taking a hard look at the color, texture, taste, temperature and abundance of the food it planned to serve. "We elevated the experience by elevating the food," says Wieher.

The new grab-and-go line offers standard favorites such as hamburgers, chicken sandwiches, pizza, salads and fresh fruit and vegetables, all of which are arranged in the same order each day to implement the ease of repetition.

Meanwhile, the Chef's Creation side of the Viking Grill is modeled after a fast-casual restaurant, with printed menus and a big chalkboard displaying the day's special. September's specials include everything from Philly cheesesteak with roasted carrot "fries" to chicken and waffles with creamy broccoli salad to a chicken or pork ramen bowl loaded with an egg, cabbage, carrots, peas and corn.

Operation Food Search also worked on making the process more efficient for students: Where it previously took about 20 minutes to get through the lunch line, it now takes less than 12.

The work hasn't gone unnoticed by the students. Wieher spent the first day of school at the Viking Grill and says he was struck by how many students sought him out in the crowd to thank him and his team for their work. "I finally asked one of them, 'Why are you guys thanking me so much?' and they said, 'Well, sir, you listened to us. You guys conducted this survey, we said what we had to say, but we honestly didn’t think anything was going to come of it.' Because, frankly, adults don’t usually listen to kids. So they felt empowered. They felt like they had been heard."

And, most importantly, the students are actually eating the food. About 90 percent of them, in fact – compared with 45 to 50 percent in previous years. "You have to keep in mind that Normandy High School sits dead center in one of St. Louis’ food deserts," explains Wieher. "A lot of these students come to school very hungry. They eat breakfast at school, they eat lunch at school and sometimes they don’t eat again until breakfast the next day."

The staff is eating now, too, which Wieher and Flinn agree is crucial in order to model good eating habits and reaffirm that the food really is worth eating. "In the two years that I’ve been [at Normandy High School], I can count on two hands the number of times a staff member stopped in and ordered food," says Flinn. "They might stop in to get a fork for their own food, but they weren’t eating there. But the staff members care about their students' well-being; academics is important, but they care about the social and moral pieces of the puzzle as well, and they know what kind of win this is for students, so they are over the moon about this change."

With the immediate success of the Viking Grill, Wieher says he'd love for Operation Food Search to build similar models at other schools, but that can't happen until a school is willing to ask for their help. "You have to take a deep, hard look at your program and your internal operations – and sometimes that’s tough for people," he says. "It was very hard for Normandy, but they were willing to pull back the curtain and take a look at themselves. And I think the end result is just phenomenal."

Operation Food Search hasn't quite finished its work at Normandy High School, though. The organization recently received a $34,144 grant from the USDA’s Farm to School Grants fund, which it plans to use to transform the high school's campus into a teaching farm in partnership with Gateway Greening over the next three to four years. Operation Food Search, which is the only recipient from Missouri this year, will use the farm to address food insecurity in the area, but also to integrate nutrition and agriculture into the school's curriculum.

"Many of us are consumers, so it's an opportunity for us to help students become producers – whether it's for sale, for use in the cafeteria or for people to take home," says Flinn. "We have a lot of green space, so we really want to make good use of the land that we have; it's the idea of getting back in touch with the earth."

Thanks to Operation Food Search, growing – and eating – healthy, delicious food is becoming an everyday reality for Normandy students.