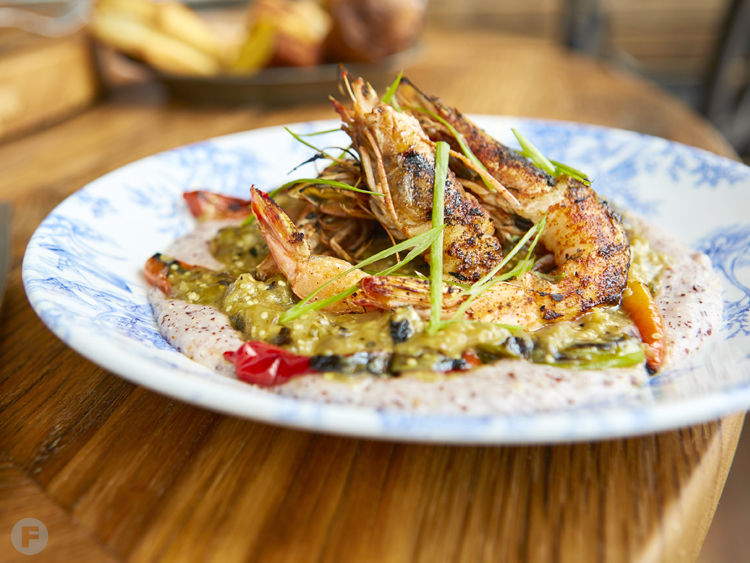 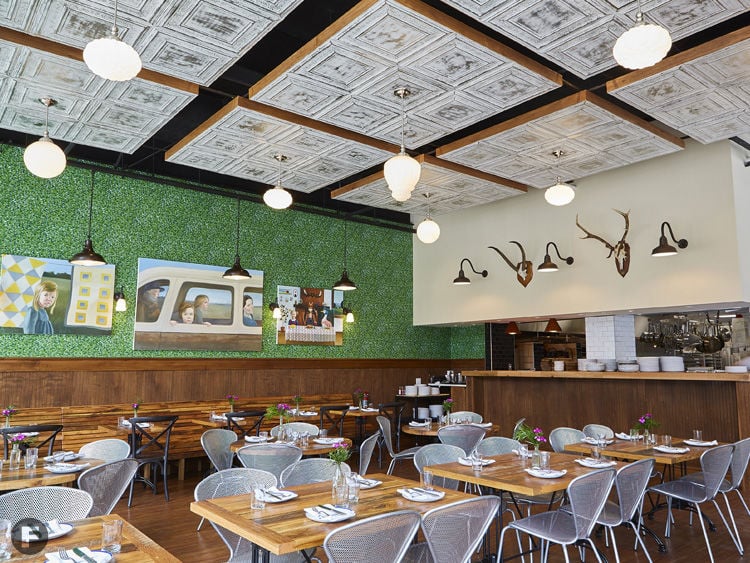 The new space is decidedly brighter thanks to floor-to-ceiling windows throughout. 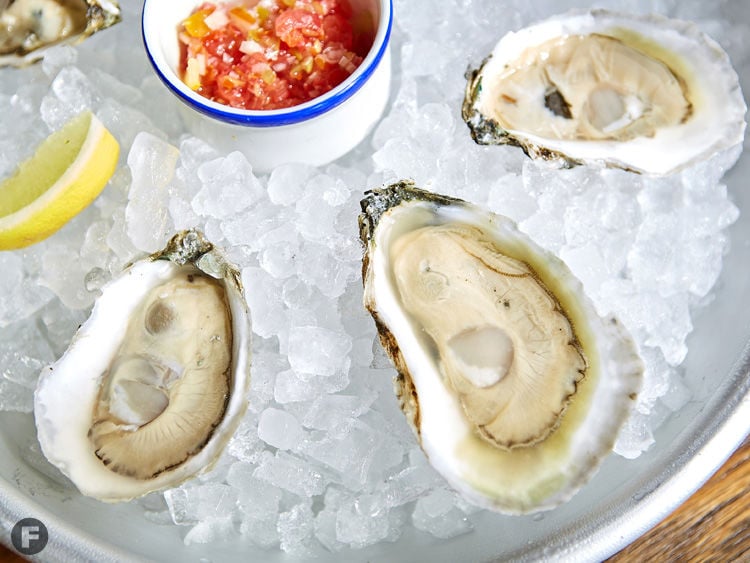 A brand-new oyster bar is a highlight of the new space; oysters are available raw, grilled or baked. 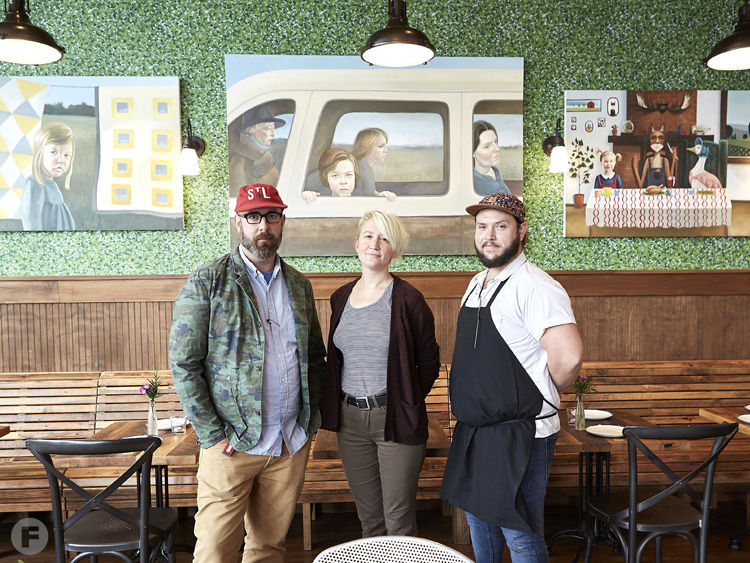 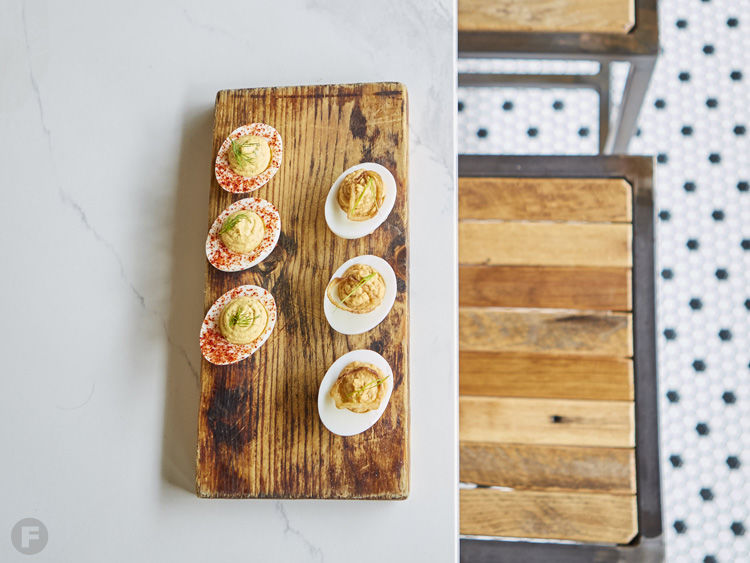 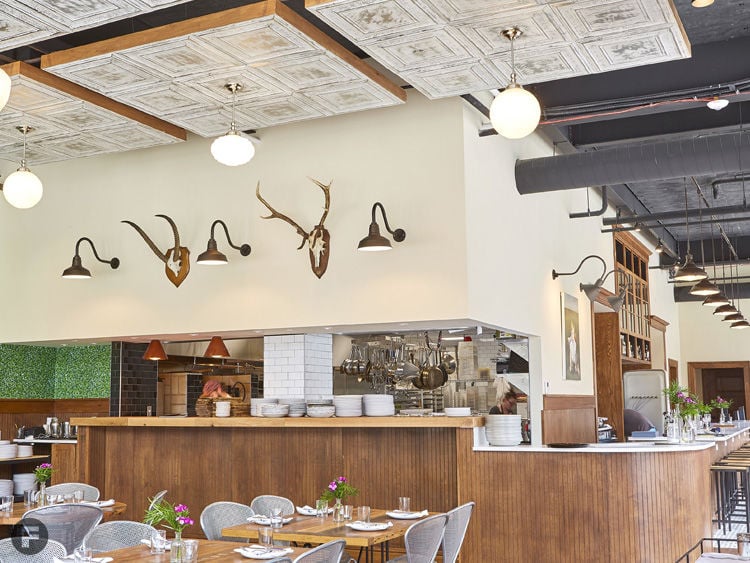 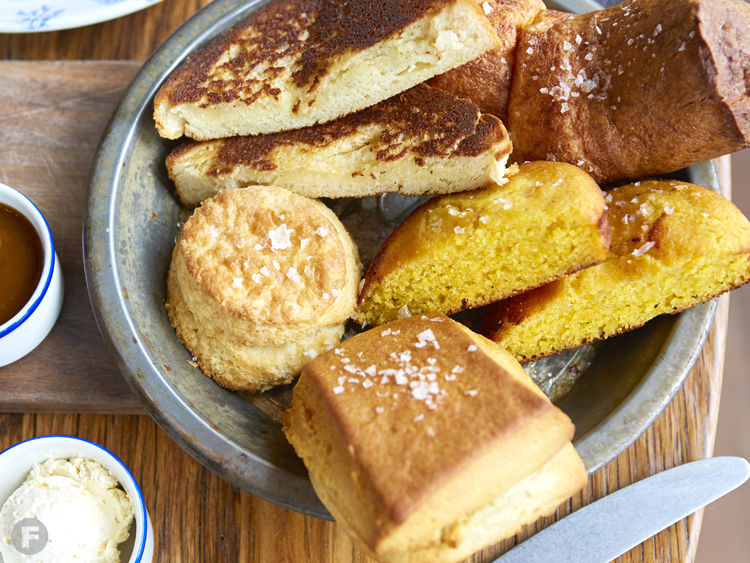 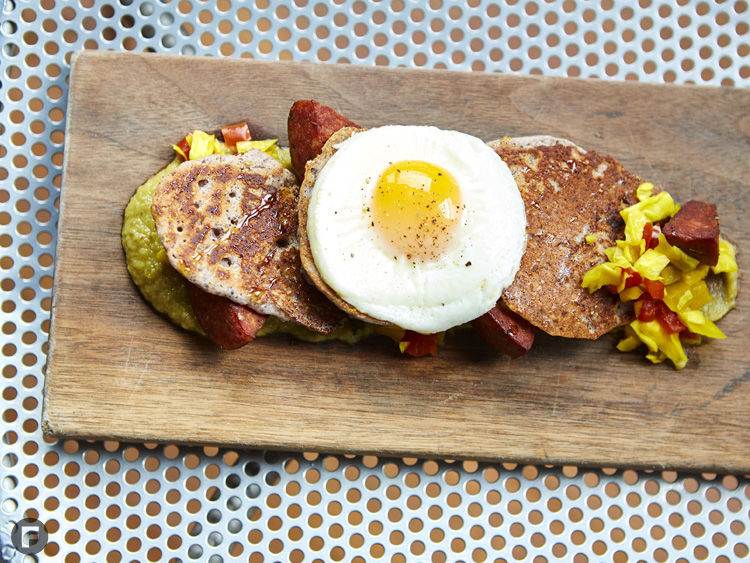 The new space is decidedly brighter thanks to floor-to-ceiling windows throughout.

A brand-new oyster bar is a highlight of the new space; oysters are available raw, grilled or baked.

Last weekend, chef John Perkins celebrated the 10th anniversary of his first underground restaurant, Entre, with another milestone: He invited friends and family in for a soft opening of his relocated – and reimagined – Southern-inspired restaurant, Juniper.

Located on the ground floor of the swanky new 4101 Laclede development in the Central West End, the new space is just a few blocks away from Juniper's original home on Boyle Avenue, but offers Perkins and his team plenty of room to grow the concept. The 3,200-square-foot space boasts seating for 100 diners, including 56 in the main dining room, 32 in the bar area and additional seats in the bar and patio areas. A private dining room just off the bar can seat up to 22. The wood tables were all made by local company Rustic Grain, including an eight-top in the corner with its own Lazy Susan. Floor-to-ceiling windows throughout lend a decidedly brighter feel to the space.

Longtime fans of Juniper will recognize several elements throughout the space, the most notable of which will likely be the three Camden St. Claire paintings that pop against striking new ivy-patterned wallpaper. Juniper's antique refrigerators also made the move; positioned behind the bar, they hold the restaurant's beer selection. Other design elements include mounted antlers above the pass, an entryway of reclaimed barn wood, exposed ceilings (with changing heights throughout the three rooms), wood-paneled walls, pressed milk glass pendant lights and a host stand fashioned from an old Singer sewing machine.

Upon entering, guests will first notice the marbled oyster station, which separates the bar from the open kitchen and main dining room. This is one of two major sources of inspiration for Juniper's reimagined menu, overseen by executive chef Glenister Wells. Oysters are available three ways (grilled, baked or raw), served with housemade mignonette, spicy buttermilk foam or baked cornbread crumbs. A brand-new wood-fired grill and smoker also lend new flavor to the menu; Juniper's shrimp and grits, for instance, got revamped with grilled shrimp atop red corn grits with shishito and tomatillo.

"You can see the grill from outside the restaurant, and I think that's inviting," Perkins says. "We want to change the perception of Juniper as a deep-fried restaurant."

Of course, you can still get your fried chicken fix, including a plate with two pieces, a half chicken, a whole chicken or a fried chicken sandwich. Other menu carryovers include Juniper's cornmeal hoe cakes (served with crispy andouille, a sunny-side up egg, barrel-aged maple syrup, green tomato mostarda and chowchow) and the rotating bread basket with buttermilk biscuits, popovers, Sally Lunn bread, cornbread and accompanying peach molasses and miso-maple butter.

For now, Perkins has put plans for his brunch concept, Little Bird, on hold, but diners can expect to see many of the dishes featured at this summer's pop-up events on Juniper's upcoming brunch menu. And soft serve, in Southern-inspired flavors like blueberry-corn, will soon be added to the menu, with the option to add a housemade Magic Shell coating.

Juniper currently serves dinner only, but Perkins plans to roll out lunch service (featuring a new, sandwich-heavy menu) on Tue., Oct. 16. It's yet another date that holds significance for the chef, as it marks the five-year anniversary of Juniper opening in its original home on Boyle.

Juniper is open Monday through Thursday from 4 to 11pm and Friday and Saturday from 4pm to Midnight. Lunch service will begin Oct. 16, with brunch to follow.

Side Project Brewing Is the No. 2 Brewery in the World, Says RateBeer