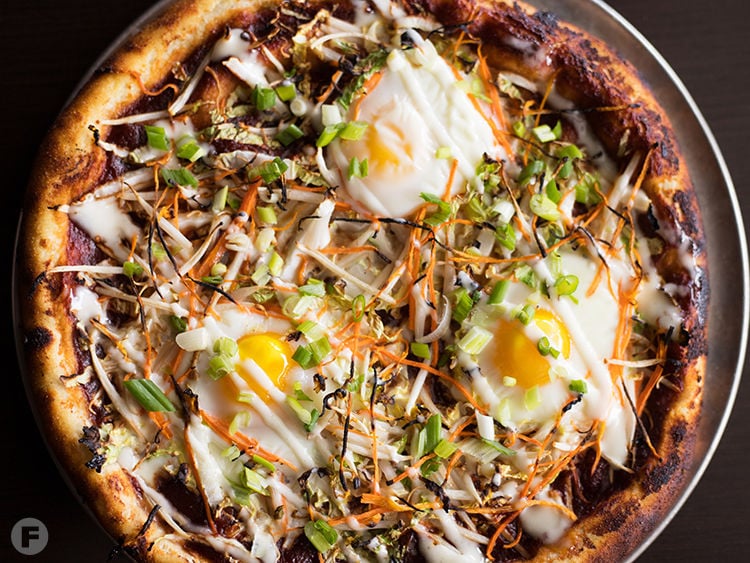 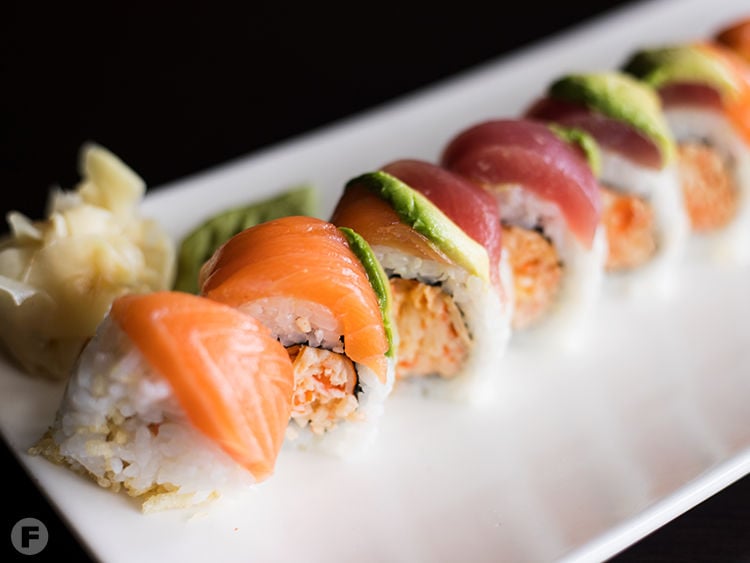 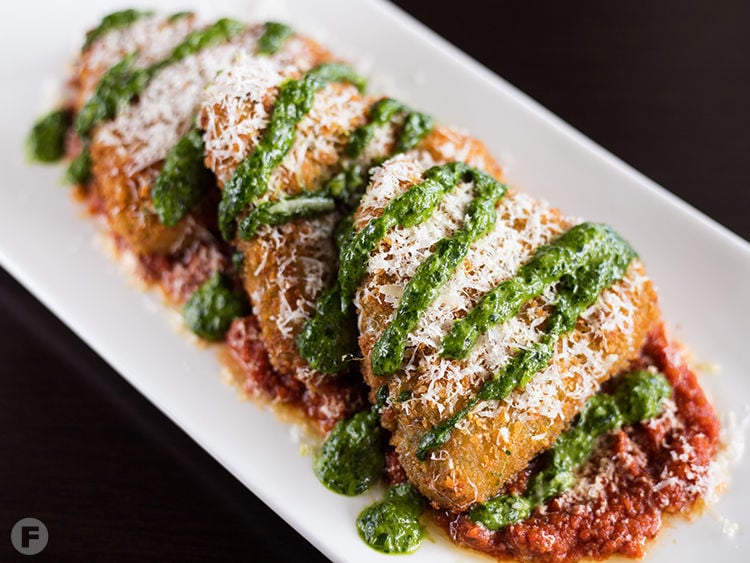 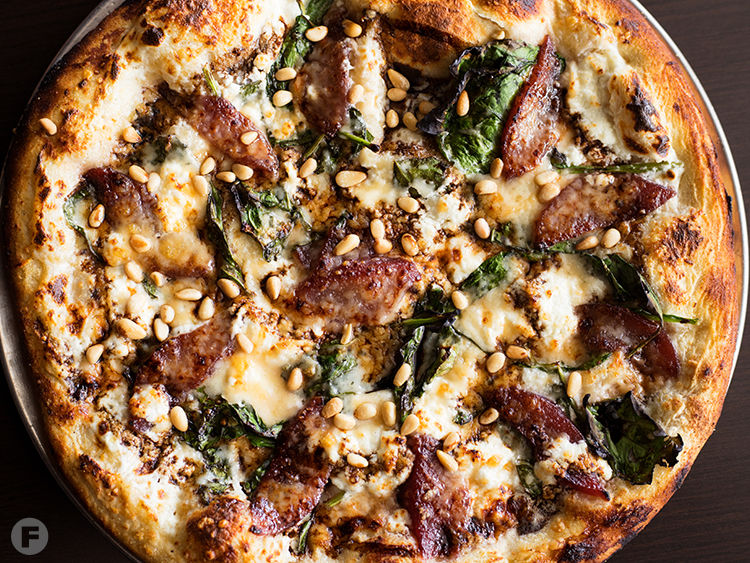 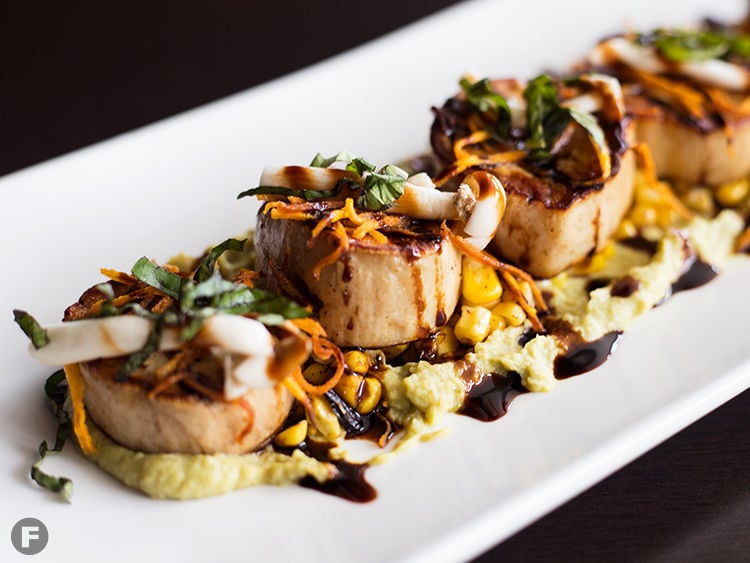 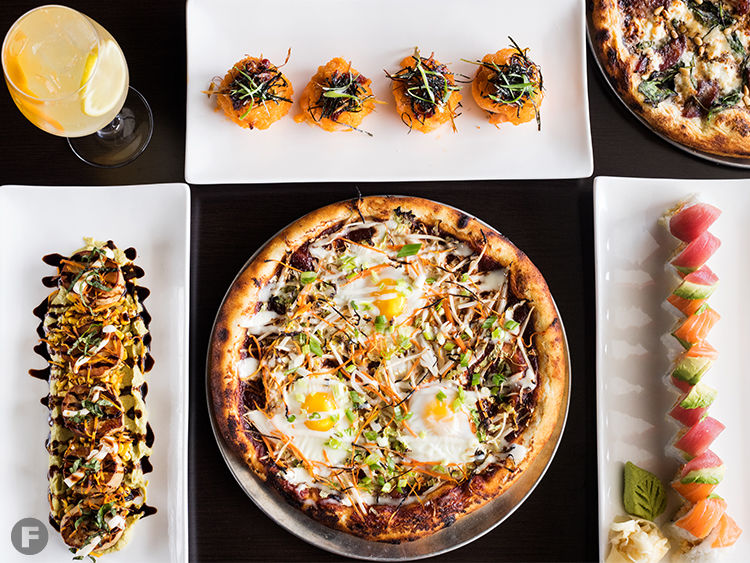 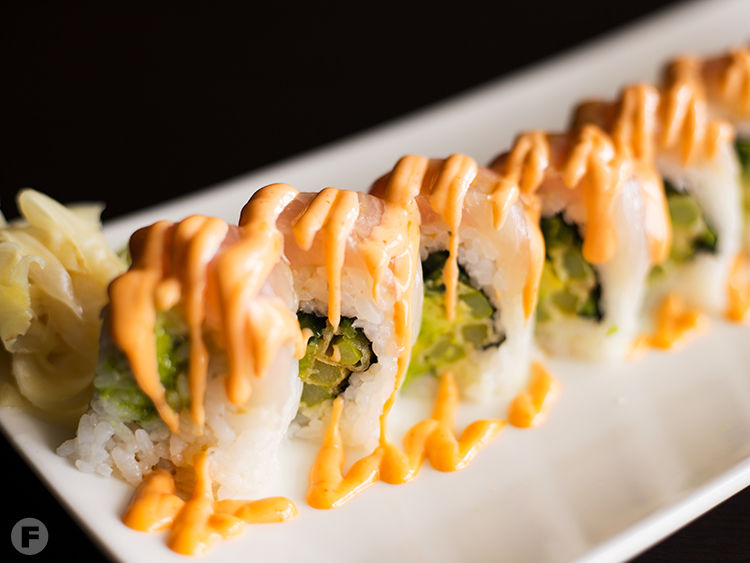 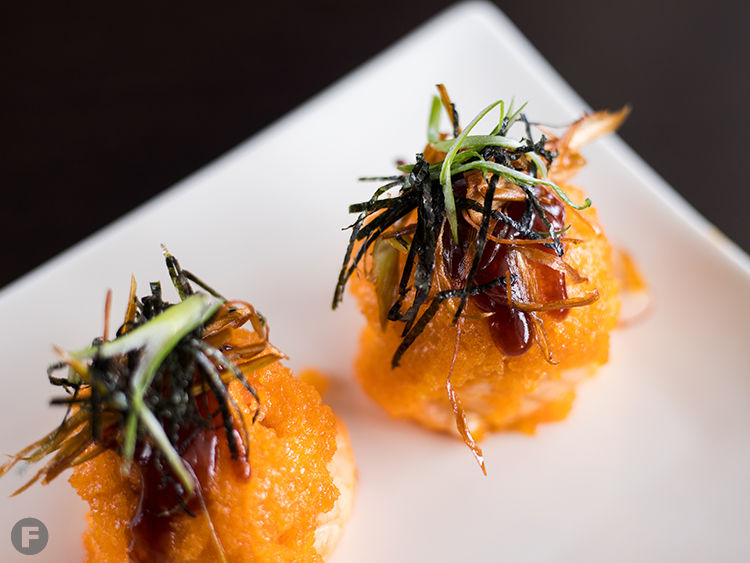 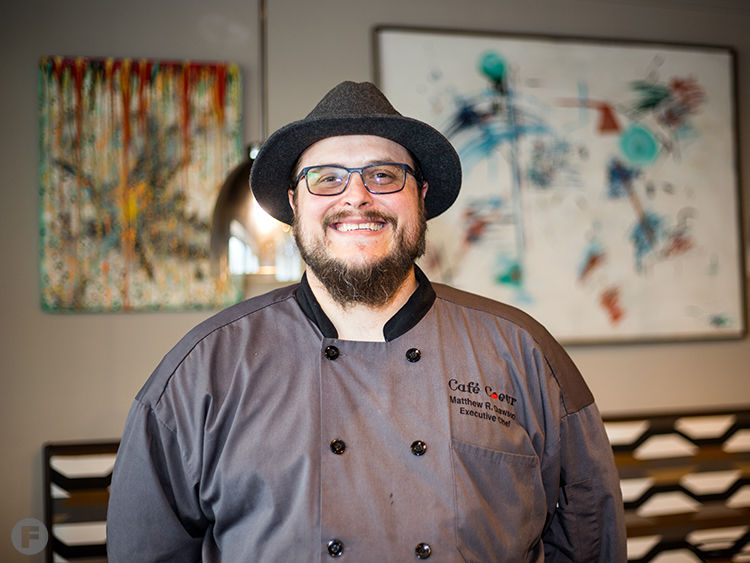 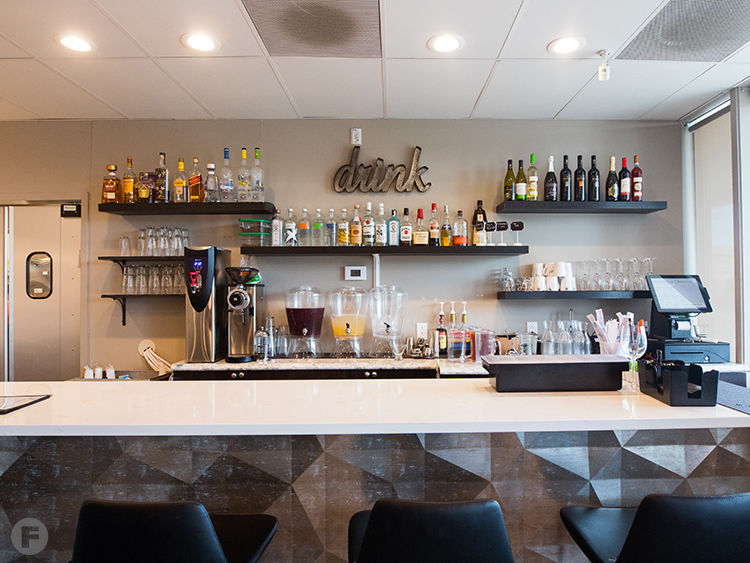 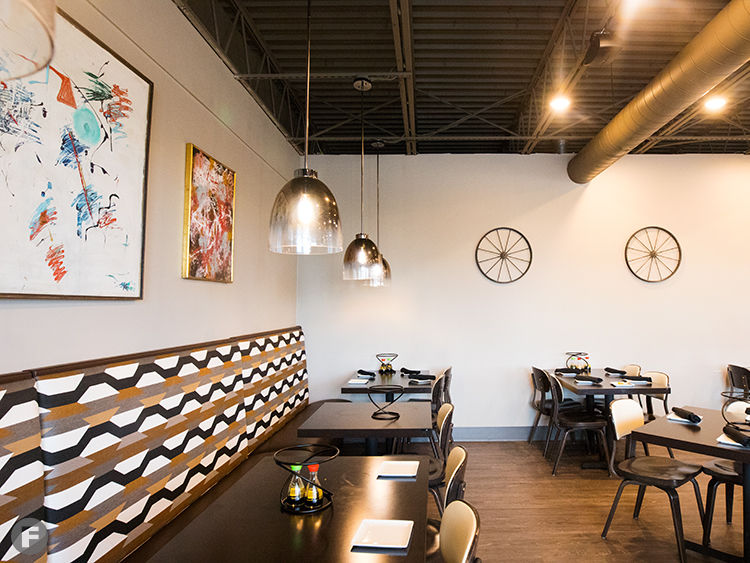 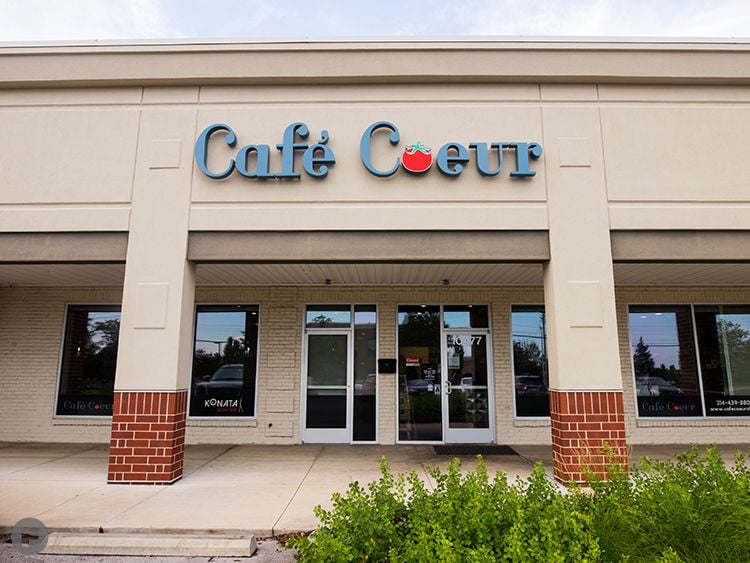 “Yaniv was staying in St. Louis and realized there aren’t really any kosher restaurants here that are open at night,” Dawson says. “He was introduced to Moshe, who wanted to open a restaurant in St. Louis, and they started collaborating on ideas. They brought me on to create a menu that bridged pizza and sushi together.”

“We always knew that St. Louis needed something for the kosher-observant community,” Chana adds. “We were really happy to meet people with the same thought process and experience to help us make it a reality.”

Cafe Coeur fills a 2,300-square-foot space, with around 60 seats throughout its dining room. The Plotniks worked with subcontractors to create a cozy, modern atmosphere with an open kitchen and booth seating. Qoines’ father contributed his own artwork for the walls.

From the menu, choose from a large variety of kosher pescatarian dishes as well as plenty of vegetarian and vegan options. Highlights include small plates such as arancini onigiri, or panko-crusted rice balls stuffed with cheese and herbs, served with marinara and pesto. Another popular fusion item is okonomiyaki-style pizza topped with cabbage, bean spouts, carrots, okonomi sauce, eggs and Japanese mayo.

“The whole concept is taking kosher to the next level – redefining kosher cuisine and how it relates to people,” Dawson says. “People have a lot of preconceived notions about what kosher cuisine is, and I just wanted to show that any type of food can be kosher with a bit of forethought, planning and creativity.”

From the bar, choose from around wine and bottled beer selections as well as a small selection of specialty cocktails such as the Sake Sake Rumba with Ozeki sake, triple sec, habanero and celery shrub bitters.

The restaurant serves sushi and okonomiyaki alongside pizzas and pastas.