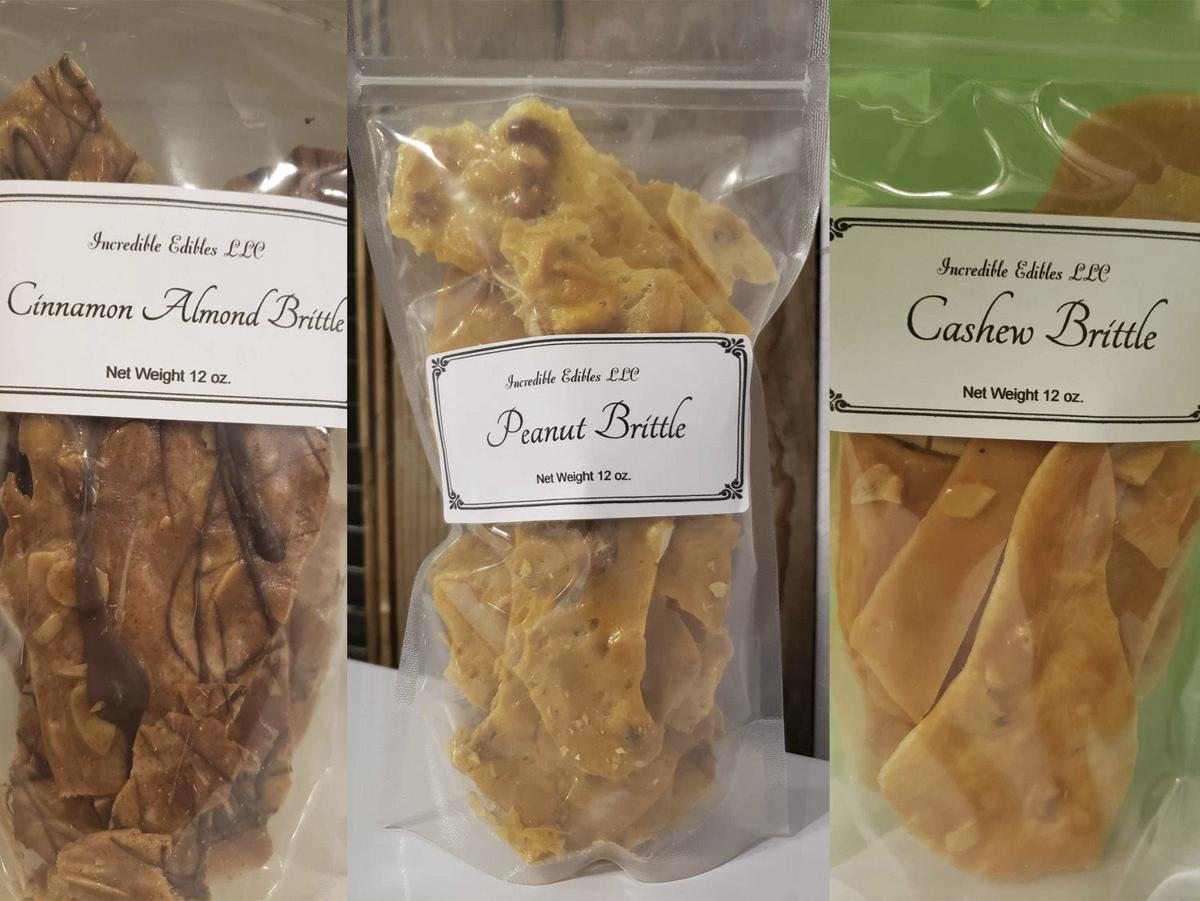 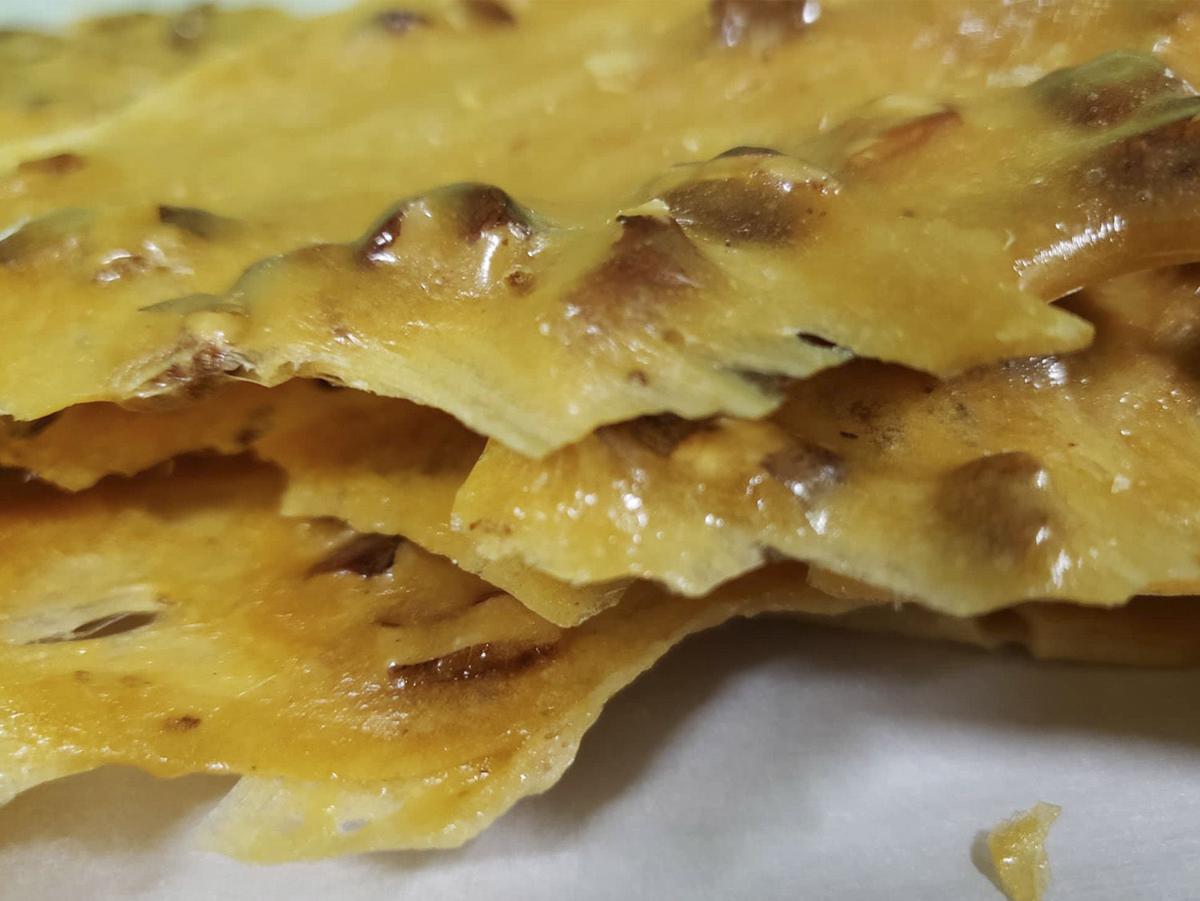 Incredible Edibles makes over a dozen flavors of brittle.

Incredible Edibles makes over a dozen flavors of brittle.

Bonnie Hanson started making gourmet brittle out of her home when Christmastime rolled around every year. When she began selling the treats at craft fairs, people kept telling her she needed to get a storefront so they could get their hands on the brittle as often as they wanted. So when a spot in downtown Perryville, Missouri, came up for rent, Incredible Edibles found a home.

While Hanson's brittle tastes great, she says that it's the texture that makes it stand out against competitors. When she first started making brittle, her husband wished somebody could make it thin enough so that it wouldn't be so hard to eat (and that you wouldn't risk breaking your teeth in the process.)

Hanson started doing her own research and playing with her peanut brittle recipe. After some trial and error, she figured out how to stretch the brittle while it was still hot to make in thinner and easier to eat. At family gatherings, everyone started asking for different flavors, and the experimenting started again.

Hanson says that, right now, there are probably 15 or 16 brittle varieties in store. Besides your typical peanut brittle, she also creates flavors like maple-bacon, cinnamon-almond, caramel apple, pumpkin spice and peanut with jalapeño.

When Incredible Edibles opened in February 2016, Hanson decided to run a restaurant to accompany the brittle, knowing that the treat wouldn't be able to sustain the business on its own. Alongside brittle, the shop sells soups, sandwiches, salads and desserts, all of which are handmade in-house. Having a restaurant was natural for her: Now 57, she has worked since she was 16, always ending up in either customer service for the food industry.

"I have always went back to food," Hanson says. "It just seemed right."

While Hanson hopes to keep Incredible Edibles open and serving the community, she is also hoping to expand the reach of her brittle. At the moment, she's exploring other avenues to sell the treats. She still sells it at some craft fairs and has her product in a few stores in other towns. Plus, she's thinking about expanding the shop's hours and maybe adding some breakfast items as well. But above all, she wants to make sure that she's making her customers happy.

"We love our customers," she says. "We try to do the best we can for 'em, and we're here for the comfort food. Just make people feel good."