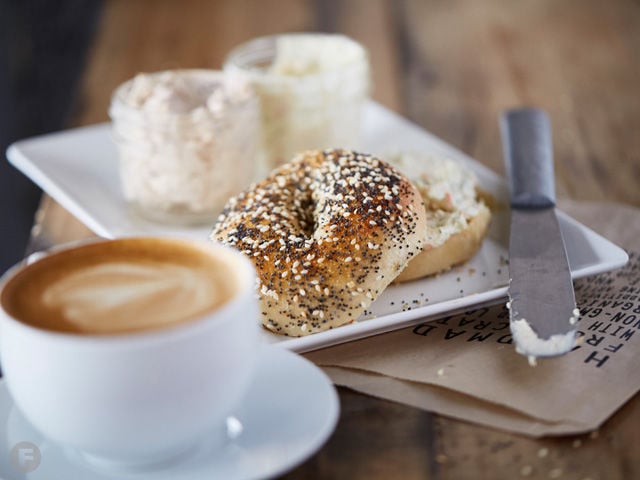 You can still get Legacy's New York-style bagels by wholesale order. 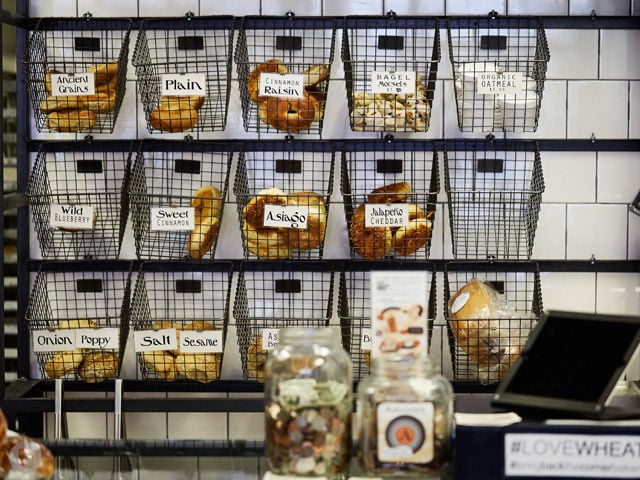 Legacy has closed its storefront.

You can still get Legacy's New York-style bagels by wholesale order.

Legacy has closed its storefront.

After three years of business and more than 3 million bagels produced in its Springfield location, Legacy Bagelry is closing shop and moving to wholesale production only. The change was officially announced at the end of January. The move comes after Legacy was notified in October that its building had been sold, and it's a sad one for those many customers who started each day with a bagel and coffee from Legacy. There's good news, though: Legacy’s wholesale operation at MJ’s Market and Deli (owned by MaMa Jean’s Natural Market) will still supply the Ozarks with its beloved bagels, schmears, fruitcakes, challah and breads.

To learn what this move means for the future of Legacy Bagelry, we chatted with co-owner Bethany Gerecke.

How much notice did you have before you guys had to move out? Six months. We were first made aware of the potential sale of our building in June 2016. We had been looking for a new space from June until October even though we weren’t sure it would happen. Once we got the official news, we closed retail to have more energy to fully serve wholesale along with figuring out our relocation.

What was the response when you suddenly made the move to wholesale only? In the few weeks that we had closed retail, we experienced increased demand for wholesale (i.e. added new accounts, increased sales to current accounts and added products like our new fruitcake and several additions to our Take & Bake offerings). We projected what we would need to do to be sustainable without retail. We considered wholesale-only warehouse space inside town and workshops outside of town and everything in between.

What were you looking for in a new space? We saw it as an opportunity to do something different and better for the business. We looked for prime retail frontage, drive-thru service ability and more retail seating space, which were all aspects that our original space lacked. We then shifted to looking at wholesale-only spaces. The main reason for this was because we have a family and thought it might be more manageable than a combined retail/wholesale operation.

How much work was it to run that original bagel stand? We had considered bringing Mighty Bagel back so many times! It had been stored ever since we launched our storefront. We weren’t able to start it up again because we had our hands full with the bakery and didn’t want to get spread too thin. We had the Mighty Bagel business for sale for a while and talked with several entrepreneurial-spirited individuals about operating it. We also had the cart itself for sale without the business. No takers! So, when this whole moving thing came up we thought maybe we would go back to our roots. Honestly, compared to running a full retail bakery and coffee bar with a large wholesale business, the cart is very simple!

Mobile food is also a good way to have freedom, which we have learned to value now that we have three kids. When we were operating Mighty Bagel, our commissary/baking space was located at 319 Downtown. We initially baked only for the cart, but then started adding outside wholesale accounts. Our wholesale demand increased to the point that we outgrew our commissary/baking space. That’s why we started Legacy. A big shoutout to Shawn Gott at 319 for giving us a chance five years ago! He has been one of our all-time favorite people to collaborate with in Springfield!

Where did you find the cart you used with Mighty Bagel? Kyle built it from a wave runner trailer, scrap stainless steel tables and camper parts.

How did you end up changing the name to Legacy? We were praying for a location and a name. Kyle actually prayed for something like “…a legacy for our family…” I looked at him and told him I think he had said what the name should be! “Legacy!”

Speaking of Legacy's start, where did you first learn to make bagels? We learned to make bagels from lots of research and trial and error. Kyle jokes that we probably made a thousand terrible bagels before we made a good one. We started experimenting in our tiny 18-inch oven when we lived in an apartment downtown on Walnut Street. We had already been working the cart, grilling and topping store-bought bagels, but figured it would make the whole experience a little more special and more of a novelty if the bagels were traditional, fresh and handcrafted. Springfield embraced our bagels made with quality ingredients very quickly.

Did running the bagel cart give you guys experience that was helpful during the search for a new space? We have operated three successful businesses together over the past six years and have acquired a lot of knowledge that was helpful during this last transition. More specifically, we have been defining what we want and don’t want. I think the most important thing we’ve taken from all of these business experiences is how we can best take care of our family while being entrepreneurs.

You guys have worked so hard over the last three years and have built such a great business, so what was going through your minds when you thought you were going to have to totally shut down? We thought maybe it was time for something new. We were obviously saddened by the situation, especially after having completed our remodel with more seating and an expanded coffee bar a little over a year ago. But more than anything, we felt very stressed with the uncertainty of it all. We knew it would all work out, but we have a large network including our team, accounts, suppliers, etc. that we knew would be affected by this news. Until just a few weeks ago we didn’t know if or where we would keep operating. Imagine six months of searching and only finding closed doors! We only wanted to make the best choice for our family, team and the business.

What was your reaction to this outpouring of support from your accounts? Sharing the news with our team and accounts was the most difficult news to deliver. It was devastating to consider not having employment for our baker who thoroughly enjoys his job. He’s been with us almost two years and has learned every aspect of the business. I personally notified our accounts and was in tears doing so. Once we started sending the word out, it seemed like everyone was as shocked as we were and were trying to find a solution. We had some great recommendations. MaMa Jean’s has been supporting us from the beginning when we were Mighty Bagel, so naturally they came alongside us with a lot of ideas and insight. It was a great example of their dedication to local!

What was it about MaMa Jean's location/facility that made it a good spot for Legacy to operate from? With the addition of their fourth location, MaMa Jean’s had some available kitchen space. It makes sense that we are able to take advantage of the kitchen mainly when they are not producing from it. They are a long-standing account, and we foresee being able to serve them even better now. It was an easy move as they had similar equipment already in place. With our knowledge of the baking industry, were hoping to bring a competitive advantage to the table as an in-store bakery.

It’s the first in a series that the couple plans to publish about various baking topics.