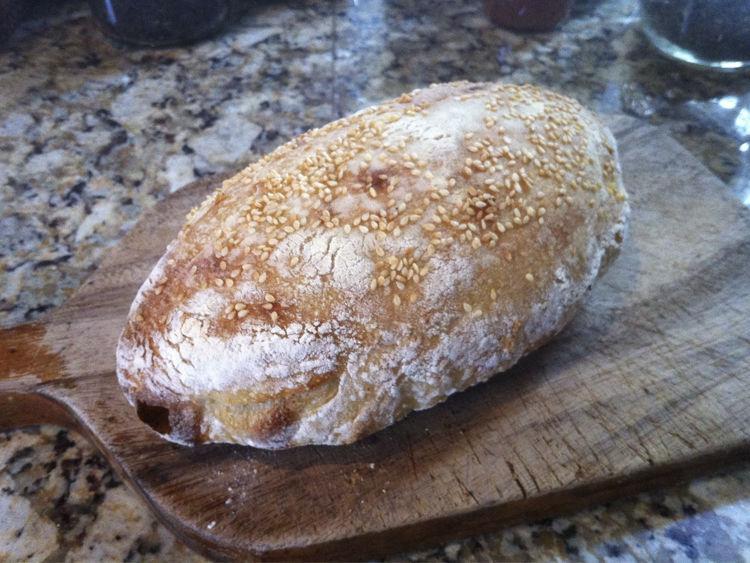 The bakery offers to a rotating menu of 15 to 18 different breads, from Finnish rye to Four Seed Multi-Grain. 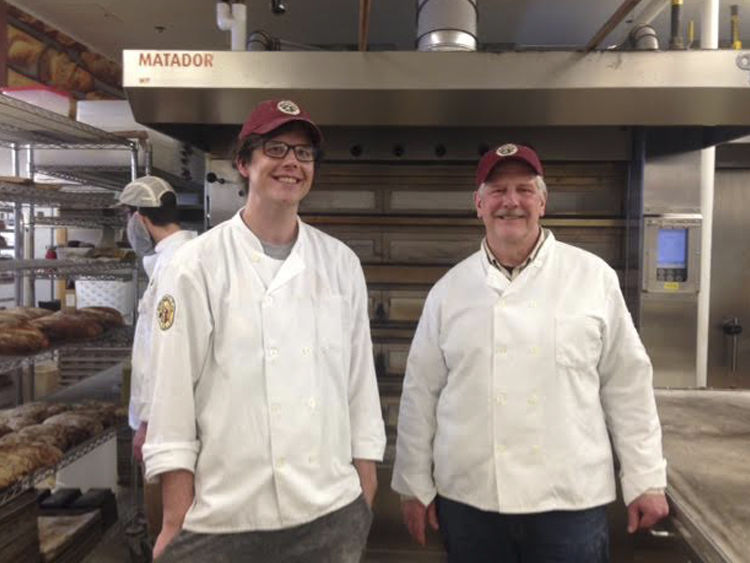 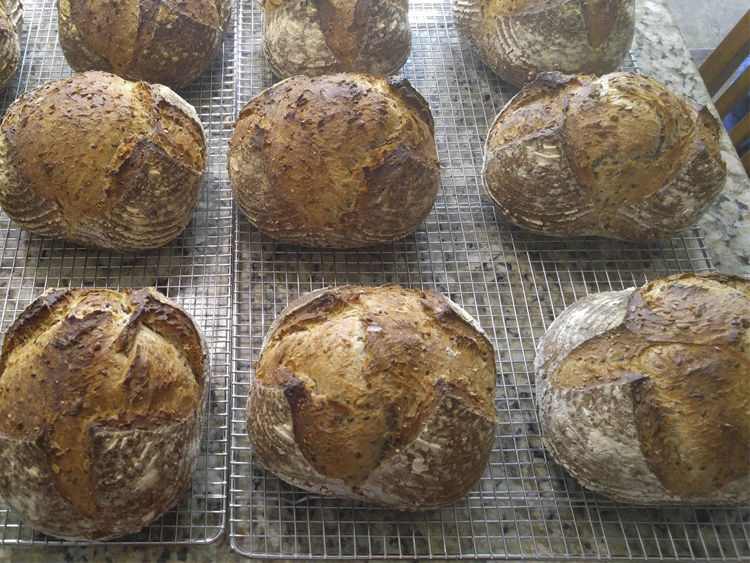 The bread is organic whenever possible. 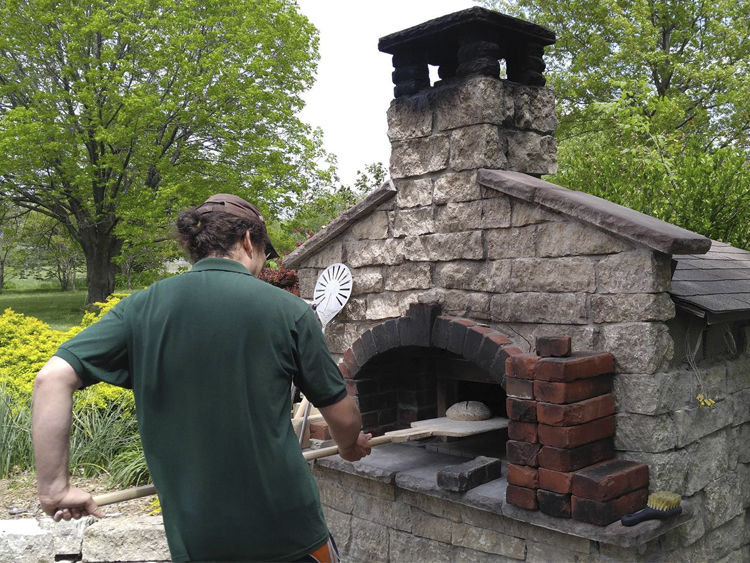 Head baker Ryan Schick slides a loaf of bread into the wood-fired oven, which Carl built in the family's backyard. 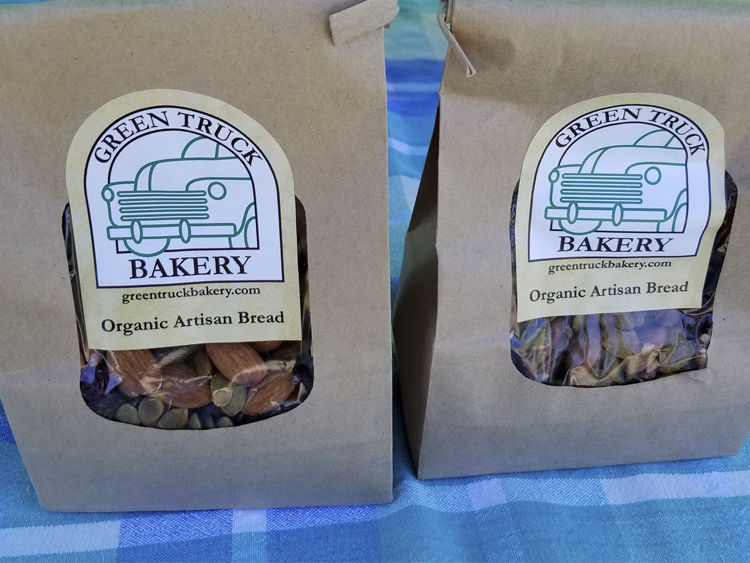 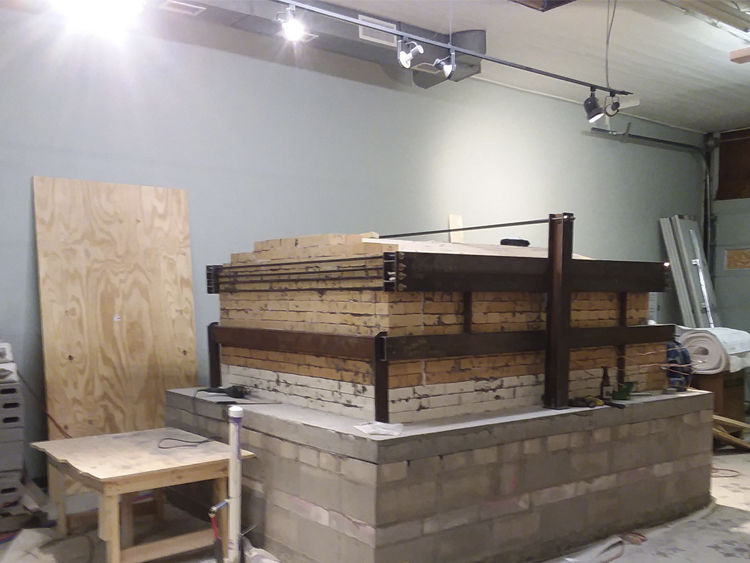 The bakery offers to a rotating menu of 15 to 18 different breads, from Finnish rye to Four Seed Multi-Grain.

The bread is organic whenever possible.

Head baker Ryan Schick slides a loaf of bread into the wood-fired oven, which Carl built in the family's backyard.

Green Truck Bakery is a family business for Carl and Carmen Schick and one of their sons, Ryan. Up until this year, the organic bakery has vended at the farmers’ markets in Warrensburg, Missouri, and Sedalia and offered a subscription service to customers, but by early May, the Schicks will celebrate the opening of Green Truck’s first brick-and-mortar bakery.

Green Truck wasn’t always a family affair, though. Before he retired, Carl traveled a lot for work. Not one to watch TV in hotel rooms, he found a favorite pastime in each new locale: Visiting local bread bakeries. After retiring, he bought a copy of The Bread Builders by Alan Scott and Daniel Wing. With nothing but time on his hands, Carl started baking bread at home for family and friends, eventually building a wood-fired oven in his backyard. Five years ago, a friend encouraged Carl to try selling his bread at the farmers’ market in his hometown of Warrensburg, Missouri. He brought around 20 loaves and sold out within about 20 minutes.

“By the end of that second year I was in deeply over my head,” Carl says with a laugh. Eventually Carl started bringing his green 1951 Chevy truck to the market, the bakery’s namesake. He says that in the early days he looked to acclaimed Fervere bakery in Kansas City as a model for both his bread and burgeoning business.

“We really liked their bread and the way they did their business and dealt with customer base,” Carl says. “So we kind of followed that for the first several years.”

Today, Ryan is now the head baker, working closely with Carl. Father and son have attended bread-baking conferences and training seminars and classes around the country to hone their knowledge and skills. The bakery now offers a rotating menu of 15 to 18 different breads, many of them made with grains milled at Heartland Mills in Marienthal, Kansas. Carmen says they’re always on the hunt for other local grain sources as well.

“The nice thing about our bread is that it’s organic when we can get the organic ingredients, and we use natural fermentation, better known as sourdough,” Carmen says. “That lends itself to better digestion, and we don’t put in any additives.”

The best-seller is the Four Seed Multi-Grain Bread, made with multi-grain whole wheat, whole rye and sea salt studded with roasted sesame, sunflower, pumpkin and flax seeds. Other popular options include the Garden Bread, made with whole wheat flour, carrots, onions, hazelnuts, coriander and a little honey and olive oil, as well as the Finnish Rye, with organic molasses, cracked wheat and flax. Country sourdough, deli rye and roasted potato are other favorites, complemented by Green Truck’s snack mix, biscotti and blueberry-pecan and cherry-almond granola. When the brick-and-mortar shop opens, Carmen says that artisan crackers and laminated dough treats such as croissants will also be available.

Currently all of the bread is baked in the original wood-fired oven that Carl built, but when the brick-and-mortar shop debuts later this spring, that will change. After doing a tremendous amount of research, the Schicks set about building a massive 10-by-8½-foot, 7-foot-tall wood-fired oven. Carl estimates that the oven will have the capacity to bake around 60 loaves at a time.

“We’re building it because we really have an artisan approach to this whole bakery,” Carl says. “We wanted to build it by hand. For us, this is an adventure, a fun path we’re all on.”

In addition to the oven’s size, it includes another upgrade: A door that can accommodate an automatic loader if the Schicks ever decide to add one. “Because I’m a little older, my son realized that he may not have as much help in the future as he’s had in the past,” Carl says with a laugh. “So he thought preparing for the future and having the option of using the automatic loader was a smart thing to do.”

Down the line, the Schicks say they plan to mill their own flour at the bakery. They’re also hoping to partner with a local farmer in the Warrensburg area to grow heritage grains to use in their breads and baked goods.

“If somebody handed you a slice of bread that was made with fresh flour, and another one that was made with traditional sources of flour that have been packaged and shipped for a long way off, you’d have no trouble at all telling the difference,” Carl says. “Most of the flour in the grocery store is at least six or eight months old. Compare that to flour that was milled today. It’s more flavorful, has a better texture to it. We’re really committed to that.”

Fujiko Izakaya to Host a Wagyu Beef-Focused Pop-Up Dinner on Feb. 17 in Columbia