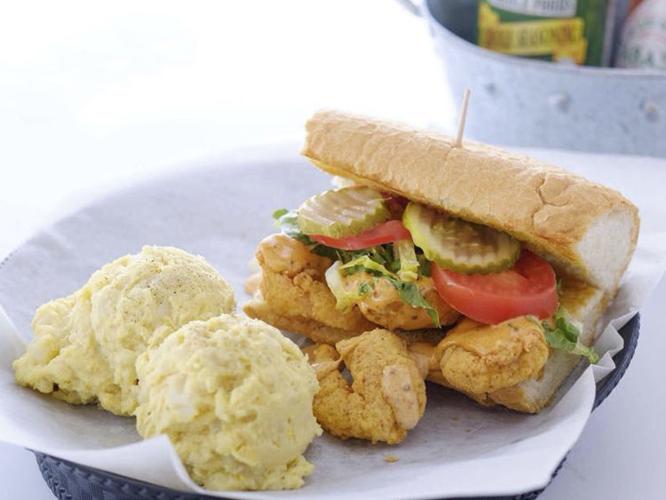 Po'boys are a house specialty, featuring bread shipped in from a Louisiana bakery. 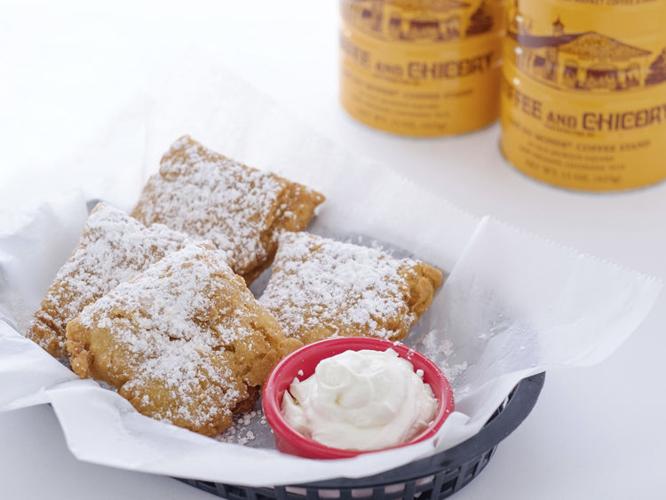 Beignets are made from a Cafe Du Mondé mix, served dusted with powered sugar and a side of Chantilly cream. 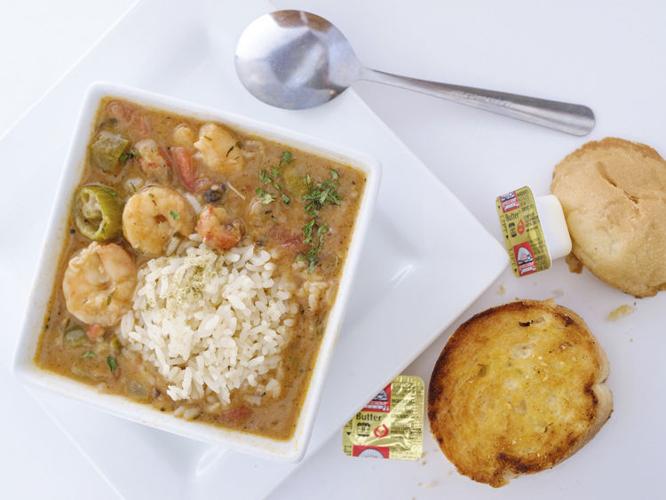 Gumbo is another favorite at Fontenot’s Po’Boys.

During the Morels and Microbrews festival in late April, there was a line out the door and around the corner of Fontenot’s Po’Boys in Fulton’s Brick District. Owner Candy Fontenot was in a tizzy – there simply wasn’t enough food ready. So the restaurant shut the doors for a couple hours to catch up and prepare more of the fresh Cajun fare those customers were pining for – gumbo, jambalaya, blackened catfish, beignets, and of course, po’boys. The doors re-opened once the food was hot and ready, and the customers kept flowing in, as they have since the restaurant opened during Mardi Gras in 2016.

Candy and Ricky Fontenot (pronounced Font-know) along with their children, Amber, Allison and Justin, work together to keep the gumbo and grits flowing. But it’s Candy who wields the wooden spoon, stirring her own style and spice into her mother-in-law’s recipes, conjuring Cajun favorites such as jambalaya, red beans and rice and étouffée. Her daughters take the reins when it comes to baking and desserts, except for the coconut cake, which she whips up herself. Bread pudding, cupcakes, bananas foster and gooey butter cake are all regulars on the dessert menu, and all are homemade.

It’s all done in a shoebox-sized kitchen, where the family and staff whirls around from Tuesday through Saturday. “You have to know how to dance if you work in my kitchen,” Candy says. “because we have to dance around each other constantly.” But the size doesn’t stop the productivity. “We work wonders out of a little bitty kitchen,” she says. “I kind of pride myself on that.”

The Fontenot children all have professional restaurant work experience, but the matriarch learned in a more relaxed way, from her mother-in-law, and from cooking at home. “I didn’t have any recipes,” she says. “I just made it and knew what to do. But then I had to say, okay we need a bible so that everyone else can fix it. That was very hard for me to figure out.”

But she succeeded, and now most everything at Fontenot’s is made from scratch, save for a couple Louisiana classics that just can’t be beat, Candy says. The fresh bread used for the po'boys arrives from Gambino’s bakery in LaFayette, Louisiana, two days a week, and the Natchitoches Meat Pies hail from Coushatta. Beignets are made to order from Cafe Du Mondé mix, served dusted with powered sugar and a side of Chantilly cream, which some customers love to eat by the spoonful. The meat and seafood sandwiched between the soft Gambino’s bread on the po'boys is also thoughtfully procured. “I’m real picky about my meat,” Fontenot says. “I don’t want junky meat. Our ham is called cob smoked ham, and it is out of this world. My turkey is amazing, the roast beef is prime USDA choice, medium. We’re slicing all that ourselves. I want the right texture and right grain to it, so that when we grill it, it’s just perfect.”

The same deliberate thought is put into the daily specials, which are written on a chalkboard in neon, spelling out a different New Orleans classic from Tuesday through Saturday. Wednesdays call for "Blend of the Bayou," a casserole dish fixed with crawfish, cream cheese, onions, peppers, and more, mixed with a blend of savory spices. Try jambalaya on Thursday and shrimp and grits on Friday. If you want to snag the special, though, get there early; they usually sell out quick.

Fontenot’s also hand cuts the alligator bites, which are fried and served with remoulade, and often run out by the end of the day. If you need something to wash down the heat; grab a bottle of Abita Amber or Purple Haze, or a glass of sweet tea. And with dessert, Fontenot’s serves Cafe Du Monde coffee.

Several customers make a stop at Fontenot’s part of their weekly routine; one man arrives as the doors open each Saturday to make sure he gets a helping of the shrimp or crawfish boil, depending on the season. “It’s bigger than I ever thought,” Candy says of her restaurant.

Fontenot’s is open Tuesday through Saturday from 11am to 9pm.

Po'boys are a house specialty, featuring bread shipped in from a Louisiana bakery.

Beignets are made from a Cafe Du Mondé mix, served dusted with powered sugar and a side of Chantilly cream.

Gumbo is another favorite at Fontenot’s Po’Boys.