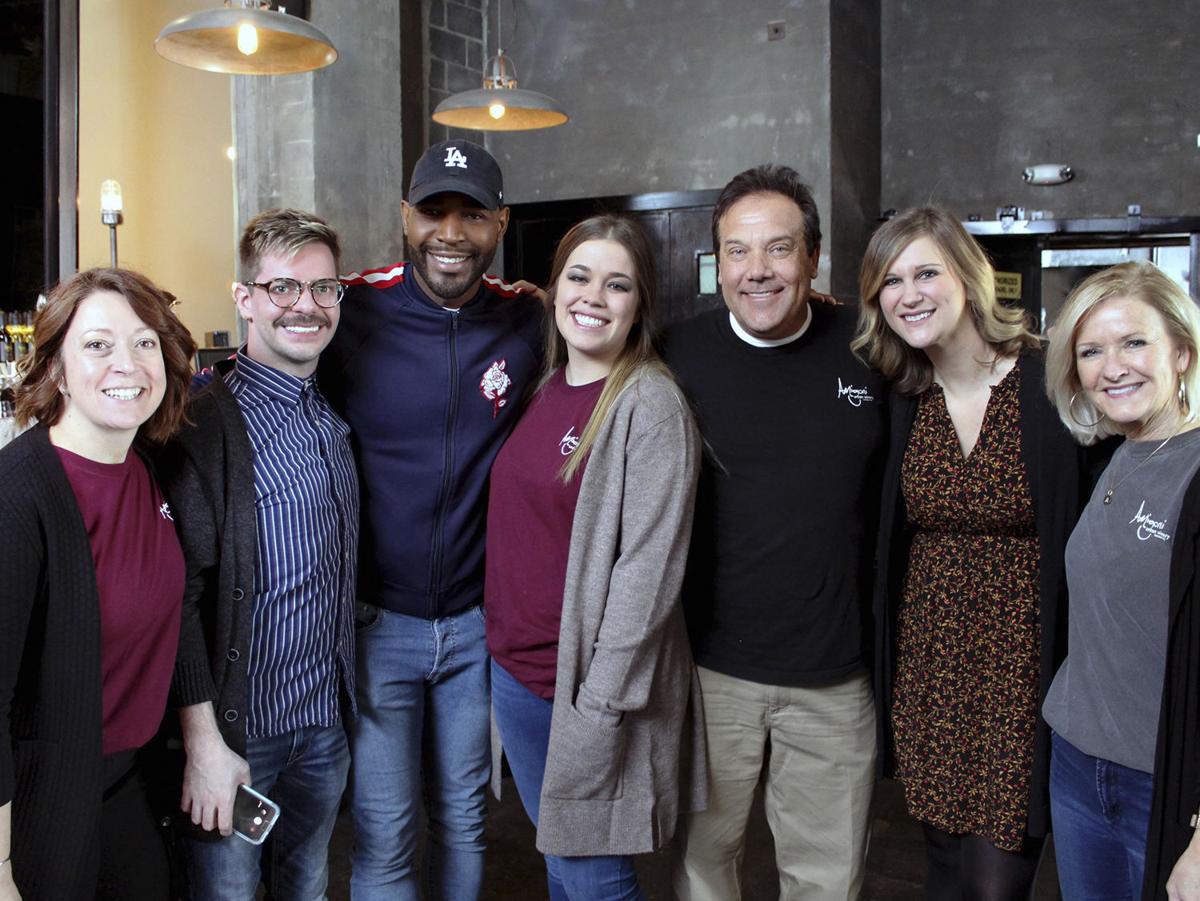 Amigoni Urban Winery features prominently in the final episode of the season. 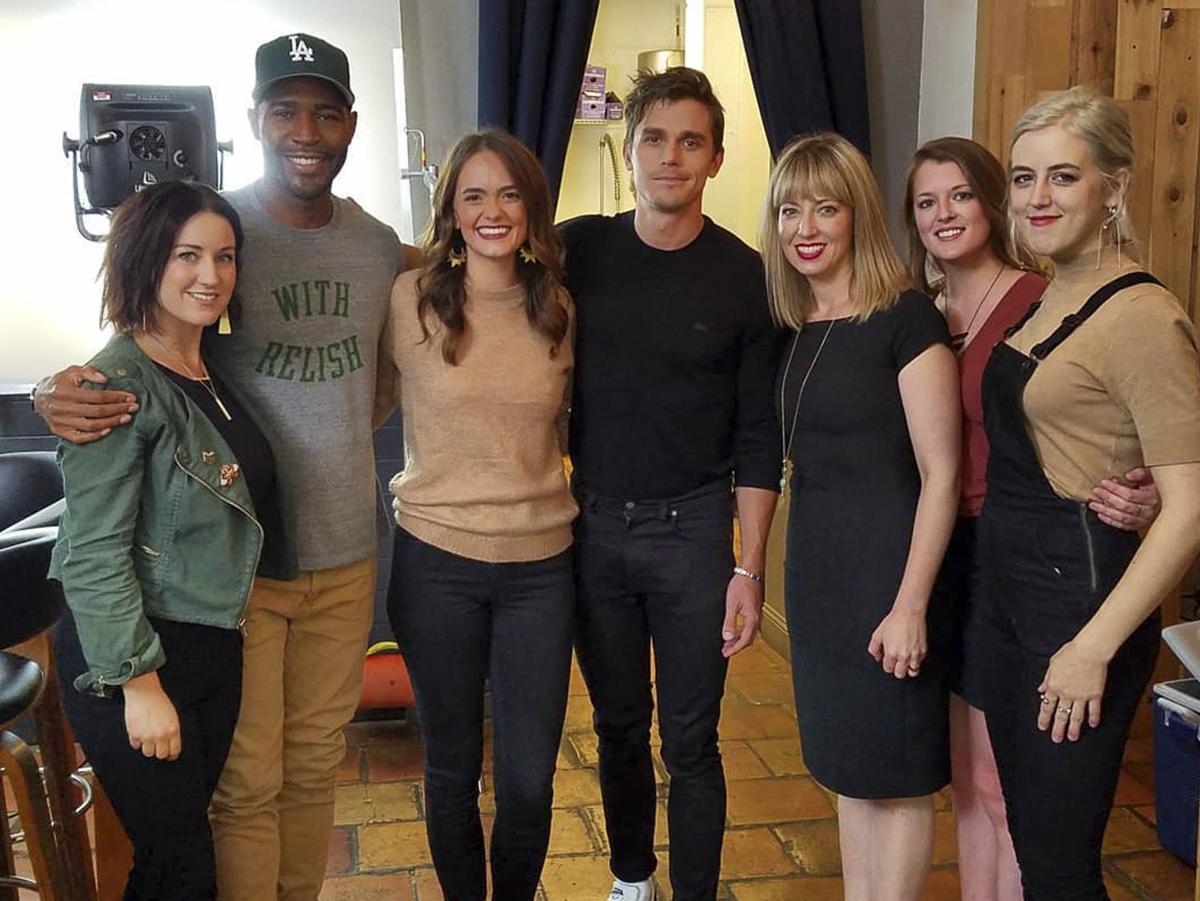 One episode takes us into the kitchen at The Antler Room.

Amigoni Urban Winery features prominently in the final episode of the season.

One episode takes us into the kitchen at The Antler Room.

Antoni, Jonathan, Tan, Karamo and Bobby are back in Kansas City for one more season of the hit Netflix series Queer Eye, and like in Season 3, Kansas City and its dining scene truly shine. Throughout the series, KC restaurants and bars provide safe, welcoming environments for Queer Eye’s “heroes” not only to come together with others, including, in one case, a dramatic, life-changing confrontation; they also provide the opportunity for the season’s heroes to try new dishes and to cook – in some cases, for the very first time. Here are all of the local restaurants and bars to keep an eye out for as you binge with the Fab Five.

Leslie and Nick Goellner’s celebrated Hospital Hill restaurant welcomes Karamo and hero Kenny Yarnevich, where he samples squid ink radiatore and a dish featuring fresh local tomatoes. He then heads into The Antler Room’s kitchen with Antoni to learn how to make a classic Croatian dish, squid-ink risotto, which he later makes for his family.

The comfortable Crossroads bookstore and bar Afterword Tavern & Shelves, provides the backdrop for what is the most dramatic moment of Season 4: With support from Karamo, Wesley Hamilton (“Disabled but Not Really”) visits Afterword to meet with the man who shot and paralyzed him for a conversation about their pasts, as well as their futures.

The high-end downtown grocery store makes a handful of appearances throughout the season, but is most prominently visible in the episode titled “Disabled but Not Really.” Hero Wesley Hamilton accompanies Antoni and Bobby to the grocery store, and while learning new techniques for cooking healthy meals, Hamilton provides the cast members with a valuable lesson about accessibility (or lack thereof) in public spaces for people with disabilities.

In the episode “Stoner Skates By,” Karamo takes hero John Stoner for a sit-down at the Westside’s Blue Bird Bistro, where the two sit on the comfortable patio for a discussion about what might be holding Stoner back, and how he can move forward.

Antoni takes ex-soldier and Queer Eye hero Brandonn Mixon into the kitchen at Lidia Bastianich’s restaurant, Lidia’s Kansas City, for Mixon’s first-ever (!) attempt at cooking. Antoni teaches Mixon how to make a classic pasta carbonara dish, which becomes the first dish he ever serves to his wife and three children.

In “How Wanda Got Her Groove Back,” Karamo brings Wanda Winters and her daughters to The Kansas City Juke House, the jazz, blues and soul food club located at 18th and Vine, for an important conversation about family and connection.

The West Bottoms’ Amigoni Urban Winery features prominently in the final episode of Season 4, “Farm to Able.” Farmer and hero Matt Moreland faces an uncertain future with his dairy farm, and Karamo and Jonathan bring him to Amigoni Urban Winery to meet with fellow local business owner Kerry Amigoni to network, as well as try a variety of Amigoni’s locally produced wines.

Also in “Farm to Able”, Bobby helps Matt Moreland begin to realize his dream for an event space, including farm-to-table dinners, at Red Barn Ranch. The Harrisonville farm now features a corn maze and you-pick crops (32 varieties of pumpkins!), and the beautifully made-over barn is available for private events.