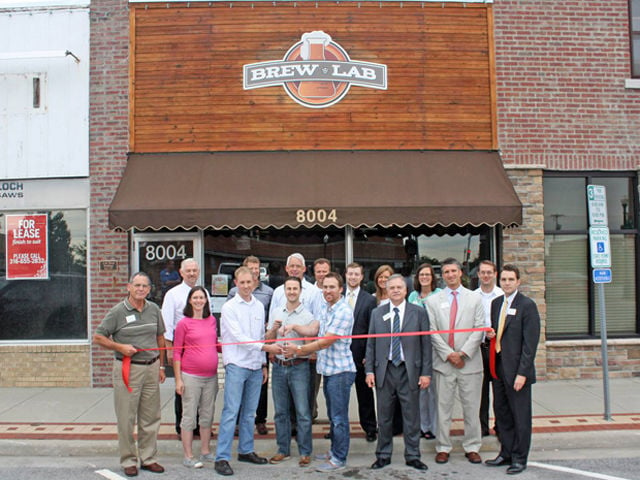 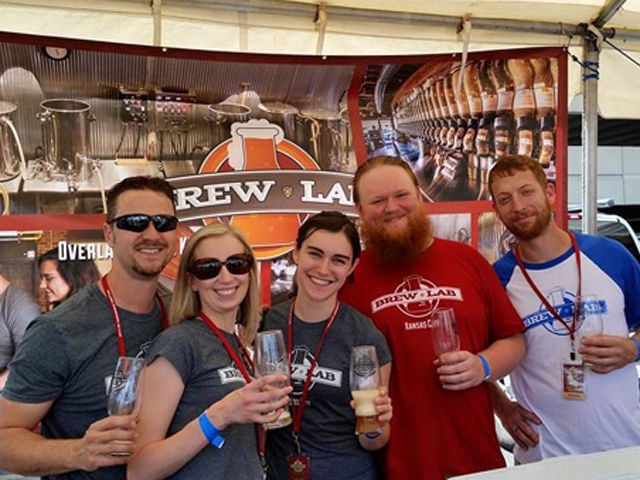 Brew Lab owners and staff at a local beer festival. 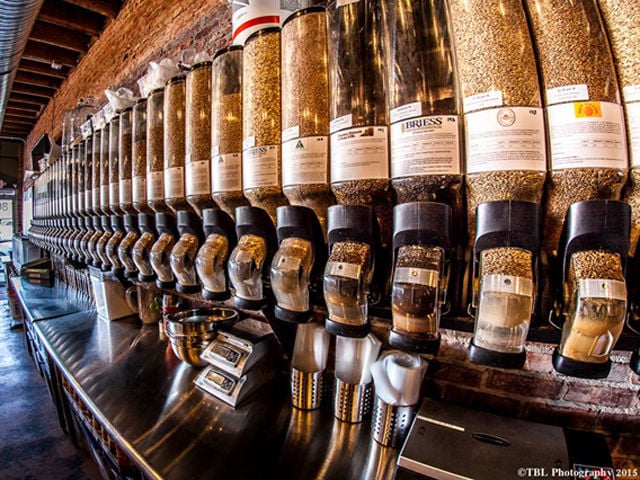 Brew Lab owners and staff at a local beer festival.

Brew Lab has announced ambitious plans to open its own brewery in downtown Overland Park by 2017.

Since its debut in 2013, Brew Lab has been a homebrew supply store that also offered a professional brewing experience on premise. Homebrewers and first-timers could use in-house ingredients and equipment to produce beer at Brew Lab with guidance from trained brewers. In November, the business will expand into a full-scale brewery with a three-barrel system while still offering a separate brewing experience service. Additional designated parts of the business include a taproom with 16 to 20 taps, a retail store and restaurant kitchen.

“We’ll move into three to four retail spaces that will be five times the size of our current space,” Johnston says. “We moved quickly over the past three months when the real estate opportunity opened up.”

The new location is two blocks away from Brew Lab’s current address near the Overland Park Farmers Market. The retail store and brew-on-premise operation will move first during a transition period. Development of a taproom, brewery and other aspects of the business will follow in January 2017. Brew Lab also plans to offer live music on weekends. Expansion plans are contingent on state and federal government approval now that Brew Lab intends to sell its own beer.

“We will have our flagship beers, experimental beers, some guest beers and scaled-up beers,” Johnston says.

Homebrewers will have the opportunity to scale up their recipe on Brew Lab’s new system and have it served to the public. Brew Lab’s brewmaster, yet to be named, will work with homebrewers on the process.

“We’ll have a vetting process. The homebrewer must already have experience on our brewing system and have a compelling recipe different from beers on tap,” says Johnston. “They will pay a small fee for the scale-up. It comes with perks including a portion of beer to take home. Their beer will be on our tap with their name, photo and beer name.”

Brew Lab will also track how long each scaled-up beer is on tap to see what homebrewed beer sells fastest throughout the year.

“There are lots of moving parts but the business is beer-focused,” Johnston says. “The retail store and brew-on-premise experience will have its own space, but be visible to customers at the brewery. Customers can enjoy Brew Lab’s house beer and guest beer while watching the process of beer being brewed.”

Visibility is key. The hope is that one aspect of the business will feed the other. Patrons observing the brewing process might be enticed to take a class and learn how to brew. Homebrewers get a peek into larger-scale professional brewing and bragging rights, if their beer is served on tap.

A deal isn’t finalized, but Johnston hints at promising plans for the kitchen operation. Chefs Philippe Lechevin and Steve Robson are completing negotiations to partner with Brew Lab and run its kitchen operations. Lechevin and Robson, co-owners of the Papa Keno’s Pizzeria location in downtown Overland Park, have been staunch supporters of Brew Lab and other neighborhood businesses.

On Sept. 24, Brew Lab will host the Third Annual High Plains Brewhoff beer festival in downtown Overland Park. If all goes according to plan for Brew Lab, the entire community will have even more reason to hoist a beer, celebrate the vibrant growth of a local business and cheer the advancement of craft beer in Kansas.