You are the owner of this article.
Edit Article Add New Article
You have permission to edit this article.
Edit
The Magazine
St. Louis
Kansas City
Springfield
Columbia
Other Cities
Recipes
Events
Feast TV
Promotions
Newsletters
Share This
1 of 8 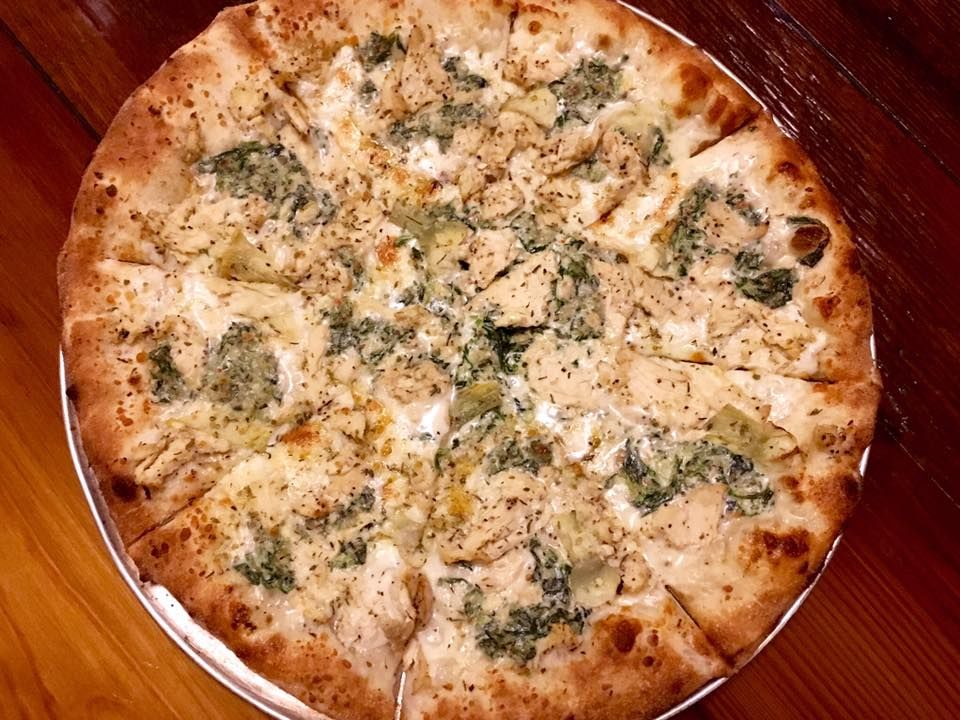 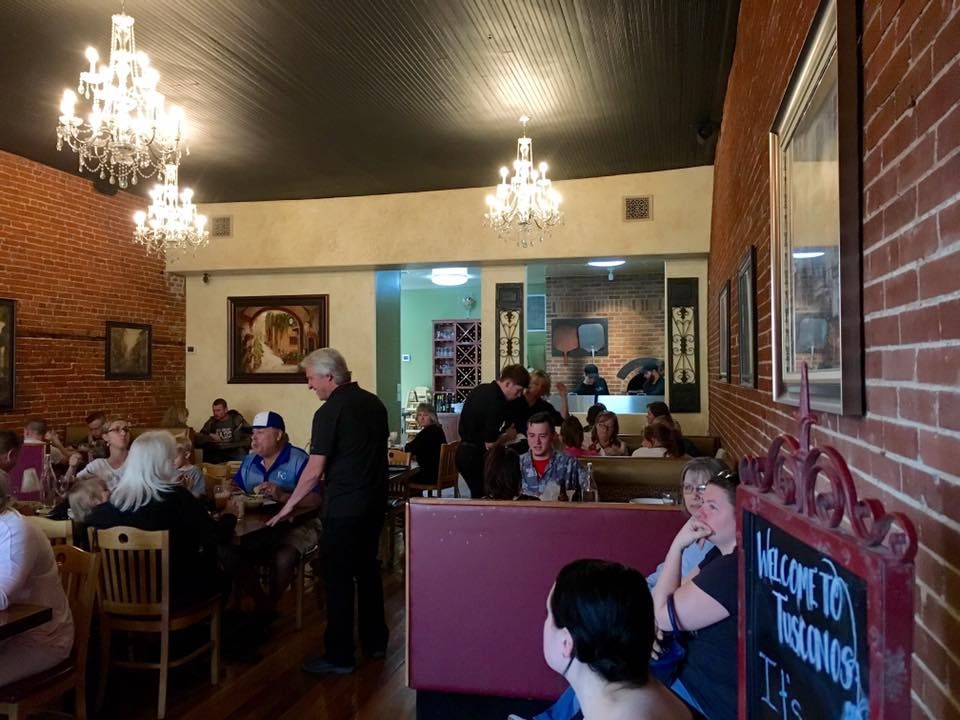 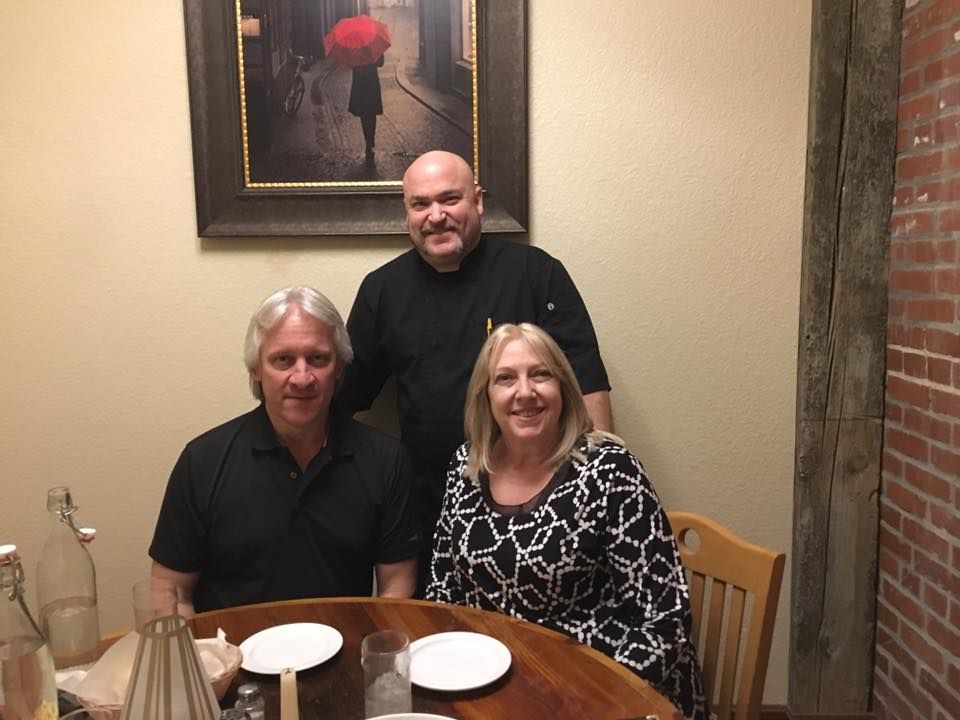 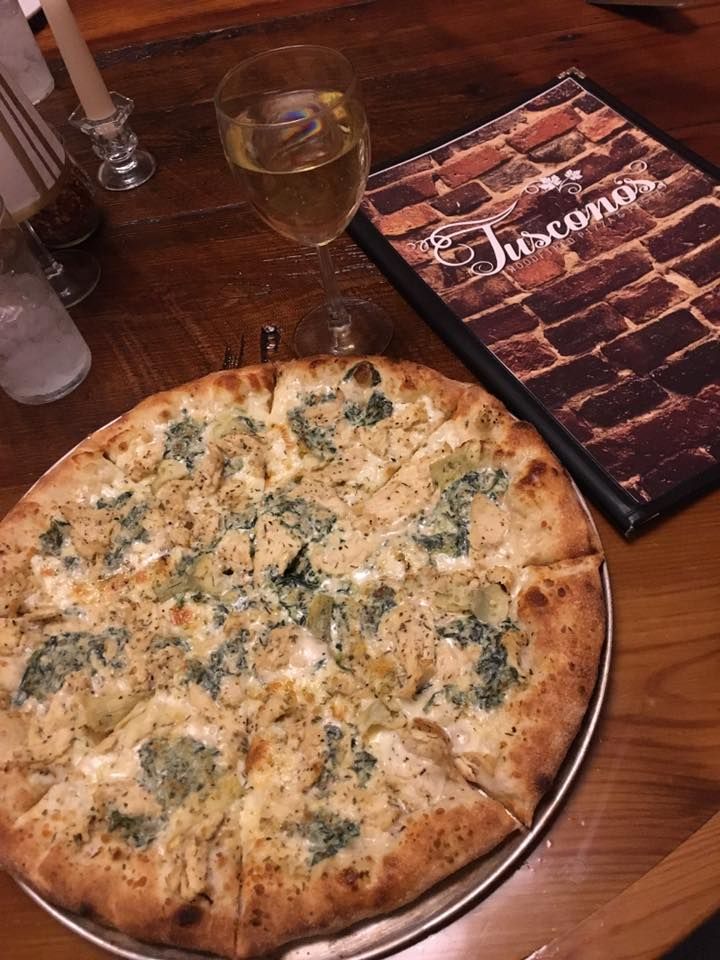 The chicken artichoke pizza at Tuscono's is a best seller. 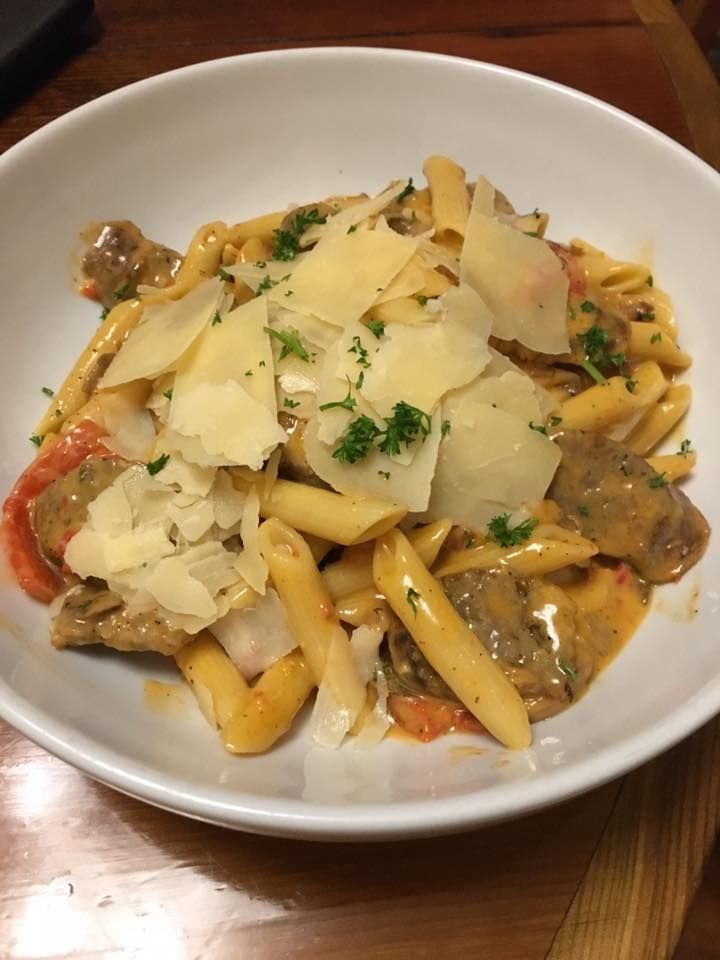 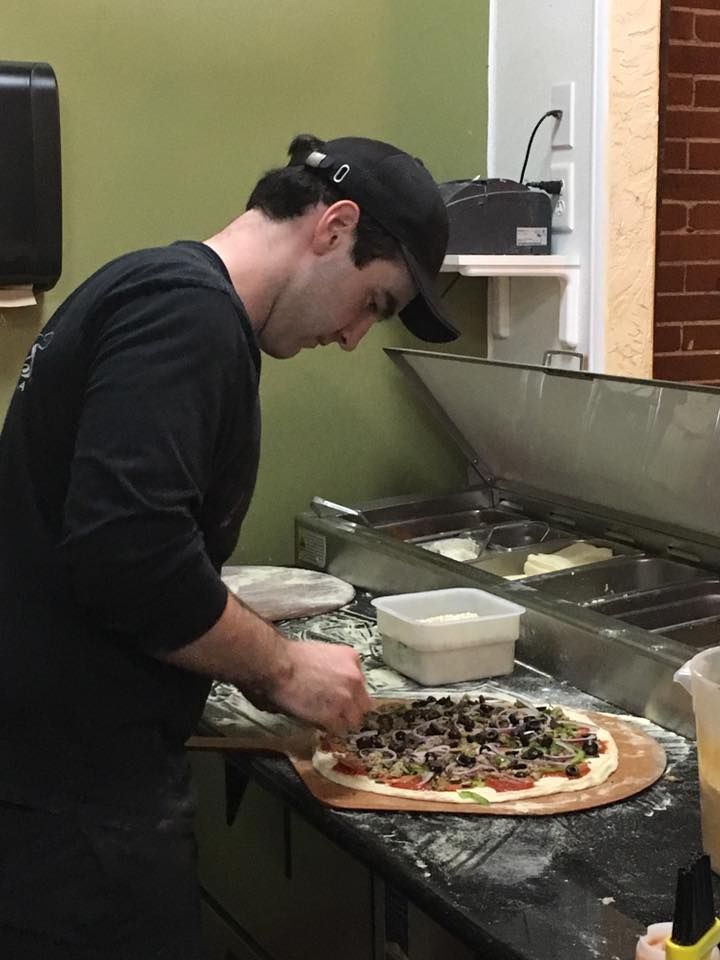 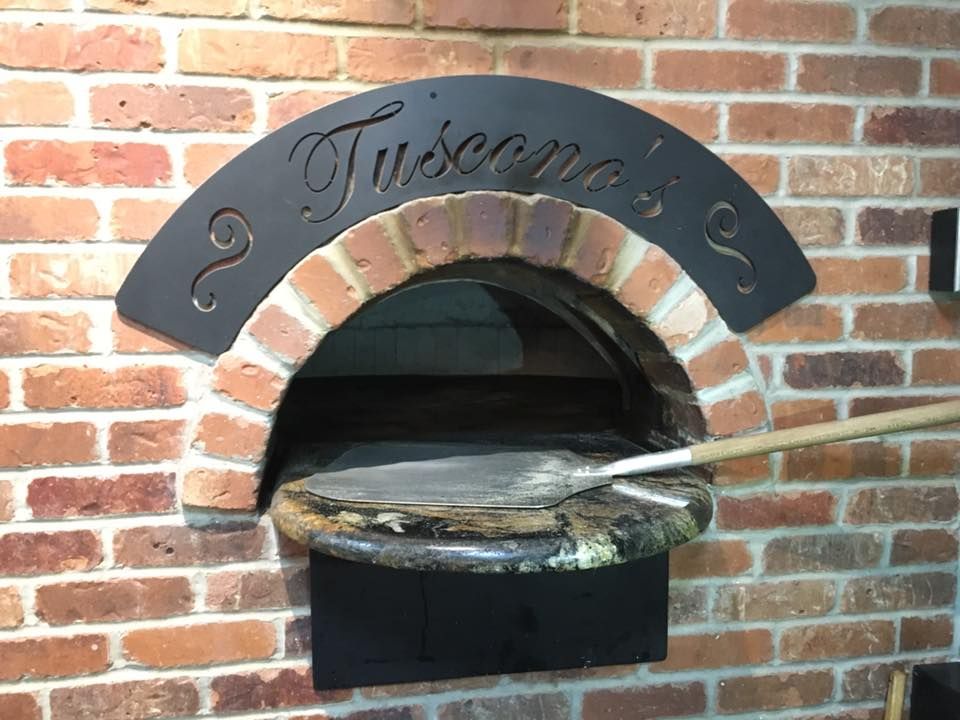 Tuscono's has a wood-fired oven that was built by the owners with a rotating tile floor. 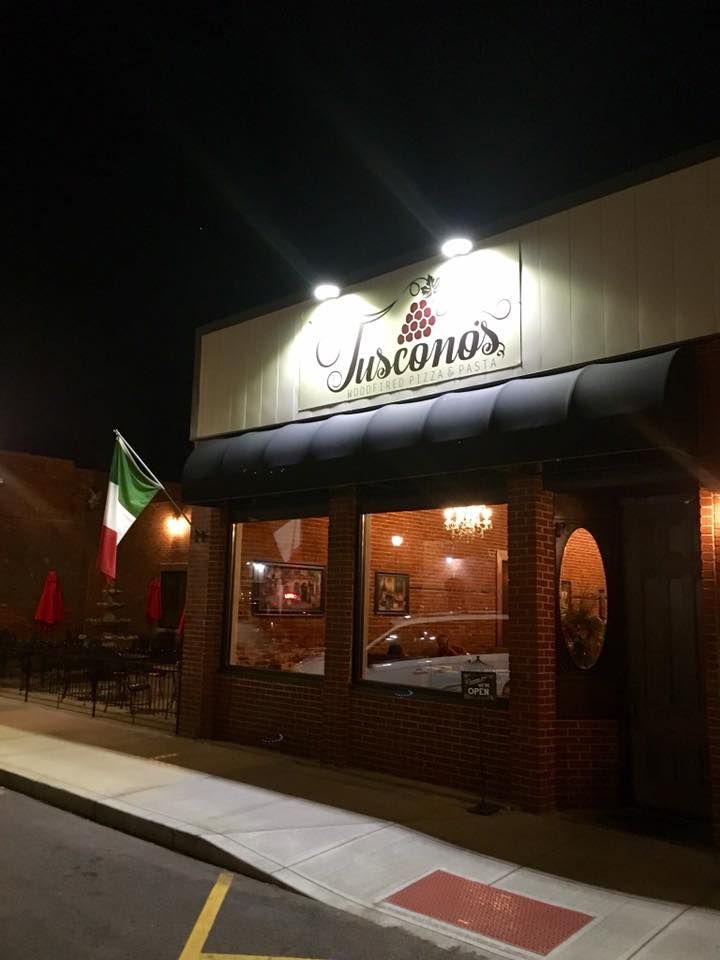 The chicken artichoke pizza at Tuscono's is a best seller.

Tuscono's has a wood-fired oven that was built by the owners with a rotating tile floor.

Tuscono’s Woodfired Pizza & Pasta has been serving New York-style pizza and from scratch pasta dishes for a little less than a year in the sleepy downtown district of Buckner, Missouri, about 30 minutes east of Kansas City.

Kirk and Rene Kellough are the husband-and-wife team behind Tuscono’s Woodfired Pizza & Pasta. Several years ago, they bought the town's old post office building, not really sure what they would do with it. The Kelloughs owned another building downtown where they have been working side by side for over 36 years running a successful heating and cooling business.

“We aren’t the type of people to go home and watch TV at night, we like to stay busy,” Kirk says.

In a small town like Buckner, with a population of roughly 3,000, the 150-seat Tuscono’s serves 300-400 people a night. They are the single largest employer in town, and only have a Sonic and a Subway for competition.

On a busy Friday night, Kirk was makes the rounds in the dining room, making sure to say hello to everyone. This restaurant is their new baby, and raising it right is important, and it feels personal to them.

In their private dining room, named “Stella Rose” after their granddaughter, Rene confesses that the couple has always loved to cook at home, but had never owned a restaurant before now. A wheel of Parmesan is what got them to thinking about opening an Italian restaurant.

“We ordered this giant wheel of Parmesan cheese, not sure what we would do with it, and that’s when I said it would look great in an Italian restaurant,” she says.

The couple then decided to draw up plans to renovate the old post office building into their new Italian restaurant and did all of the remodeling themselves to save money. It took three years for the restaurant to finally near completion with just the two of them working nights and weekends only. When a snowstorm caused the roof of the building next door to collapse, they bought what was left of it and annexed it to the old post office to create additional dining rooms, bathrooms and an outdoor patio.

When it was time to develop the menu, determine food costs and buy equipment, their research lead them to a couple of guys in Staten Island, New York, who had a pizza oven for sale from their successful pizza and pasta restaurant called Goodfellas.

Kellough decided not to buy their oven, but he did buy their help in the form of consulting and recipes needed to make their New York-style pizza and pasta sauces. He even flew out there and worked side by side in their kitchen, learning how to make everything from scratch with delicious results. He also brought on experienced general manager John Stewart to make sure everything runs smoothly in the front-of-house; Stewart has been instrumental in Toscono’s success.

The menu at Tuscono’s features a host of tempting Italian appetizers, soups/salads, sandwiches, entrées, pastas, pizzas and desserts. His local customers seem to enjoy the home-cooked specials – like prime rib night on Mondays and meatloaf and mashed potatoes – instead of the more expensive steak options Goodfellas originally suggested.

“Our pasta's probably our best selling item, then pizzas. We make 9 different sauces from scratch daily, and we make our own pizza dough and the Italian loaf bread that goes with all of our entrées,” he says. “If you like bread pudding, we do one from scratch using our Italian bread, chocolate chips and whiskey sauce that is just amazing.”

Kellough built the pizza oven by hand inside the restaurant space. It is a wood-fired pizza oven with gas assist that features a cook surface made from refractory brick, which rotates inside of the oven for quick and even cooking. The oven gets to around 750 degrees; at that temperature, a pizza cooks in about two minutes.

Pizza maker and Buckner local Joey Neidel recently represented Tuscono’s in the International Pizza Challenge held in Las Vegas. Neidel competed in the traditional pizza category, representing Missouri with a pizza he topped with morel mushrooms and two different kinds of Italian olives. He scored first in the Midwest region and went on to rank fifth in the world for his locally inspired pizza.

Recently, the Kelloughs acquired the building to the north of Tuscono’s, with plans to remodel that space into a full bar and private banquet space; it will hopefully be ready to open next year.

As they stand out in the street at the end of the night, Kirk and Rene mention that the old library building at the end of the block is now also for sale. Sounds like this couple does not plan on slowing up anytime soon.