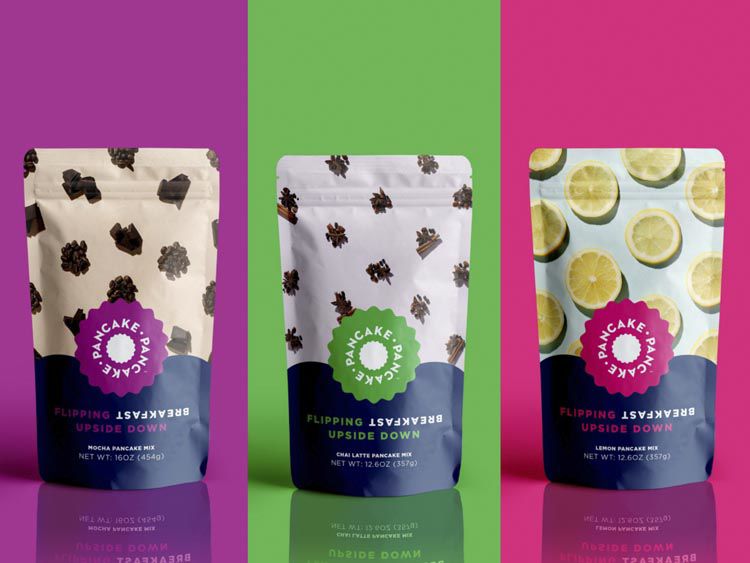 The mix is available in flavors like lemon, chai and mocha. 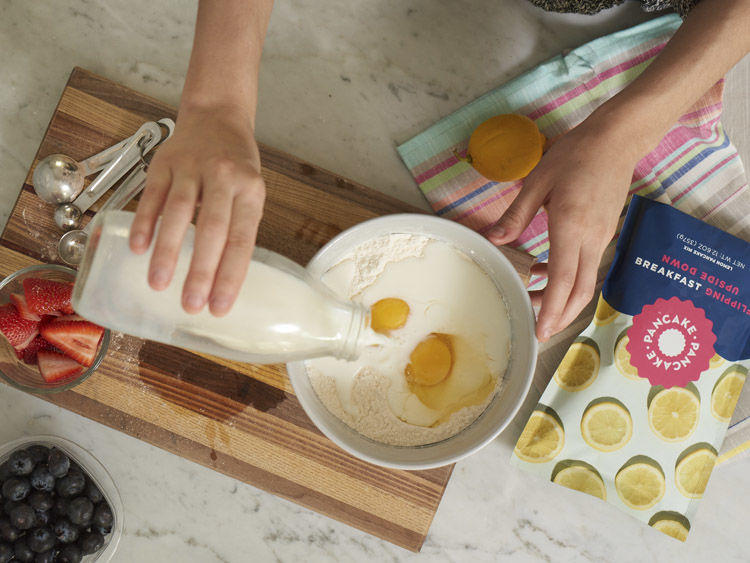 Just combine with eggs and milk and stir. 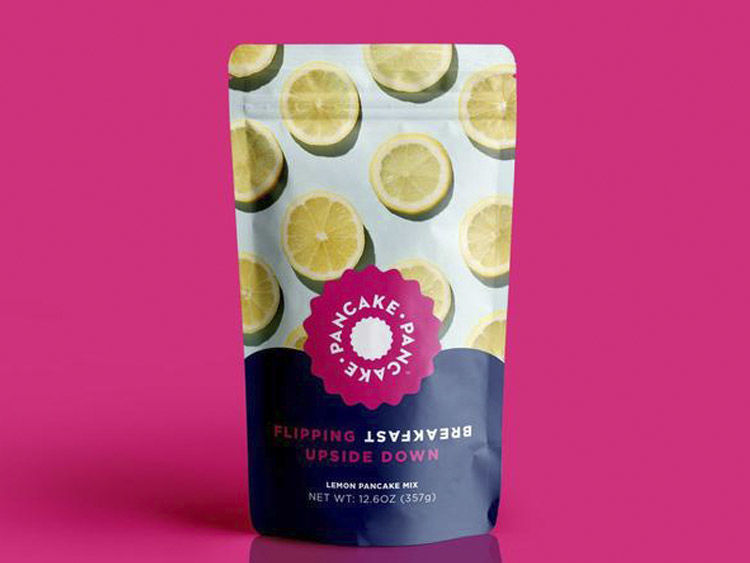 Lemon is the best-selling flavor. 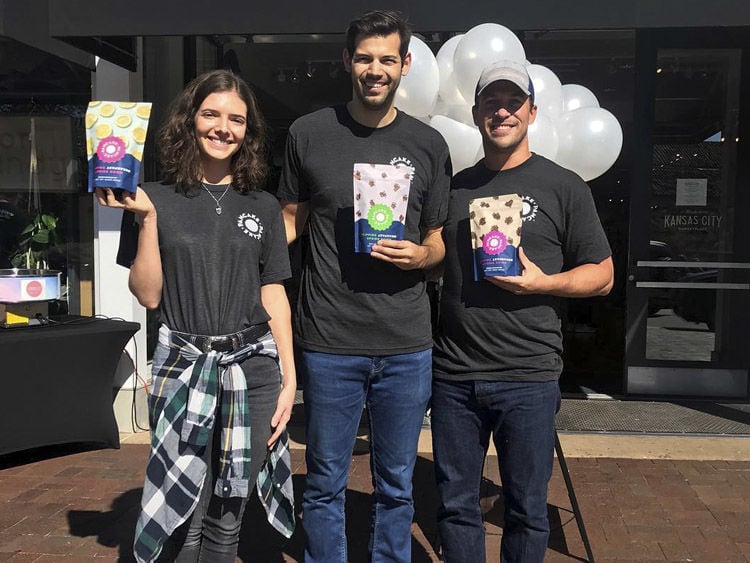 The mix is available in flavors like lemon, chai and mocha.

Just combine with eggs and milk and stir.

Lemon is the best-selling flavor.

Entrepreneur Nate Olson has taken his love of making pancakes at home and turned it into a brand-new, locally made pancake mix now available in four flavors – classic, lemon, chai and mocha.

Pancake Pancake is a start-up business that took two years to bring to market. The first year, Olson just talked about the idea to all of his friends and family. The next year, he got down to business working with a chef in Los Angeles to create the recipe for flavor-packed, ready-made mixes that you simply combine with eggs and milk and stir for light, fluffy pancakes in minutes.

The company consists of three partners: Olson, who works as a director of sales and marketing for Crema, a technology and innovation agency in Kansas City, leads the team as founder and CEO. His college friend Jason Carrigan is the COO, and Olson’s girlfriend, Ariel Thompson, serves as the marketing director for the new brand.

“We are really just three friends with a passion for creating a unique, family-friendly experience around pancakes,” says Olson. “We said from the beginning that this should be fun. From the marketing and packaging all the way down to how we feel when we are working on this business – it's just pancakes. If we aren’t having fun, it isn’t worth it.”

Pancake Pancake launched in Kansas City in September with production and co-packing help from Old World Spices & Seasoning company in Overland Park, Kansas. “I was stuck as to how I was going to mass-produce my mix once I had my recipe down, when my business partner Jason connected me with Old World Spices & Seasoning. They have handled everything from food testing to production to packing and shipping – basically everything that got us ready to be on store shelves,” Olson says.

After only five months on the market, Pancake Pancake can already be found on local boutique store shelves around Kansas City including The Sundry, Made in KC, Westside Storey, The Farmer’s House and Hutch in the West Bottoms. In addition, Shatto Home Delivery has picked the product up, as has the local chain of Hen House grocery stores, with Whole Foods and Sprouts not far behind.

“We will have Pancake Pancake mix on the shelves in over 30 stores by the end of January, and we sell our mixes on our website and on Amazon,” says Olson. “It's crazy at how fast this has all been moving since we launched five months ago.”

Olson is also a financial partner in the Quay Coffee location that opened last year in the north end of the Bloch Building inside the Nelson Atkins Museum of Art. His love of coffee, in fact, gave him the idea for two of the four flavors of his pancake mix.

“Mocha and chai both came out of popular coffee-shop drinks, and flavors that I thought would be great in a pancake. I picked lemon because it's one of my favorite go-to dessert flavors,” he says. “Around the time we were creating our mixes, Krispy Kreme held a contest to let people choose their favorite donut flavor, and a simple lemon glazed donut won the people’s choice, so I thought we were on to something there. Lemon has turned out to be our most popular seller.”

The fourth flavor is a simple plain or classic mix that allows customer to add additional ingredients or toppings to make their pancakes uniquely their own. Future flavors of Pancake Pancake could include a seasonal pumpkin or sweet potato, coconut or maple.

Although there is a bit of protein in the mixes, Olson is quick to point out that they aren’t trying to compete with pancake brands that are meant to be more of a protein bomb. For Pancake Pancake, the goal is more about fun flavors and time spent in the kitchen together cooking as a family.

Another unique selling point of Pancake Pancake mixes is that the pancakes taste so good on their own, they don’t require any syrup to give them flavor and sweetness. “This was something that came out when I starting talking to customers and offering them free samples of our pancakes,” he says. “When I asked them if they wanted syrup on their samples, 99.9 percent of the people would say that our cakes were sweet enough on their own, and they didn’t need the extra syrup. That was a big surprise.”

Each Pancake Pancake pouch makes around 12 to 14 four-inch pancakes, or enough to feed four to six people. The bags sell for $5.99 each at retail. Olson says they freeze beautifully, so if you have some pancakes leftover, just wrap them up individually and pop them in the freezer, then drop them in the oven to reheat and eat another day.

The partners aren't sure how big Pancake Pancake could grow, but they plan to take things day by day. “We’ve gotten this far by putting one foot in front of the other, and moving the business forward a little bit each day. Our next area of focus will be on our marketing and branding, creating images of all kinds of diverse families enjoying making pancakes together,” Olson says.