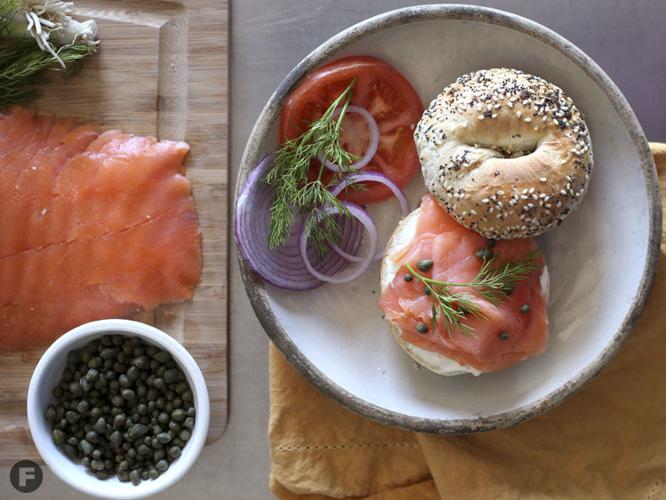 Meshuggah Bagels is known for its signature New York-style bagels. 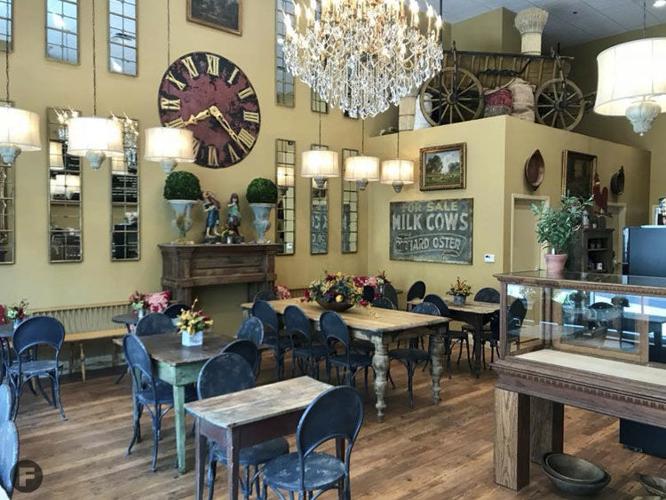 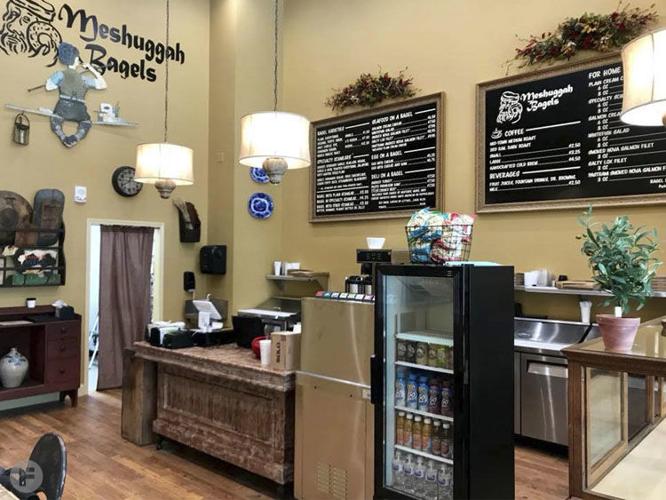 Meshuggah Bagels has hit the big time in Kansas City.

Today, Pete and Janna Linde are opening the doors to their new downtown flagship location, ready to serve up their “crazy good” New York-style bagels, schmears and a host of new sandwiches for breakfast and lunch.

Located on 13th Street between Walnut and Main streets – and sandwiched between Cosentino’s Market and One Light apartments – this stylish spot does not disappoint. Inside, you'll find real oil paintings, a chandelier, gilded gold mirrors and a gorgeous wood hay wagon from the 1860s, all of which is paired with the shop's traditionally austere Old-World style tables and chairs. The space will seat 30 comfortably.

With soaring 18-foot ceilings, this space feels appropriately luxe and celebratory for their fourth, and now flagship, location. Over the past two years, the couple has grown their Meshuggah Bagels empire, which, in addition to their downtown location, now includes spots on 39th Street, in Liberty and in Overland Park, which has its own commercial bakery in the back. Meshuggah also has its original commercial bakery up north in Pleasant Valley, Missouri, which supplies all of the bagels to the other three locations, as well as a booming wholesale business on top of all of that.

“We really haven’t stopped to take a breath since we opened our first store on 39th Street,” Pete says. “We both lived at that store until we started working on Overland Park, and then we were there until we started work on our Liberty store. From there, we went straight into this downtown space, which took more time and had more layers of approval to it than our other locations.”

Pete had originally estimated that the downtown location would open in early March 2018, but did not realize all of the additional layers of approval he would need from the city. That, coupled with their original plans to connect the bagel shop to the lobby of the One Light apartments (a decision they ultimately ditched due to security concerns), caused delays in the construction timeline.

Although the downtown location will offer kosher items, it will not be a certified kosher shop like the original location and the Overland Park shop. This will allow Pete and Janna to make some changes the menu, including adding a housemade vegan cream cheese schmear, eggs and more lunch and breakfast items. The new breakfast sandwich can feature either egg and cheese or egg, cheese and ham on a bagel.

Lunchtime options include three new bagel-based sandwiches: smoked turkey, pesto-Parmesan ham and a lean corned beef, which has less fat on it than a traditional New York-style corned beef. “We want to stress to our hardcore New York bagel fans that we have chosen a leaner corned beef for this sandwich, because it is typically preferred by folks in living in the Midwest, where we are located,” Janna says.

Janna and Pete have also been working on a gluten-free bagel made with rice flour that is close to being ready to roll out. The recipe still needs a bit of tweaking, but guests can look for them to hit store shelves soon. The new dowtown location will accept to-go and bulk bags of bagel orders, and those making a purchase can have their parking in the public lot validated.

As for future expansion, Pete says this will likely be their last family-owned location. “We will be looking for partners to open and run future locations for Meshuggah Bagels through franchising opportunities,” he says. “We can see the potential, with the right partner, to have a location in Olathe or possibly Lee’s Summit, and beyond.”

The Downtown Kansas City location of Meshuggah Bagels is open Tuesday through Friday from 7am to 2pm and Saturday and Sunday from 8am to 2pm. The shop is closed on Monday. In the future, Meshuggah may opt to open during the evenings during large downtown events.

Meshuggah Bagels is known for its signature New York-style bagels.