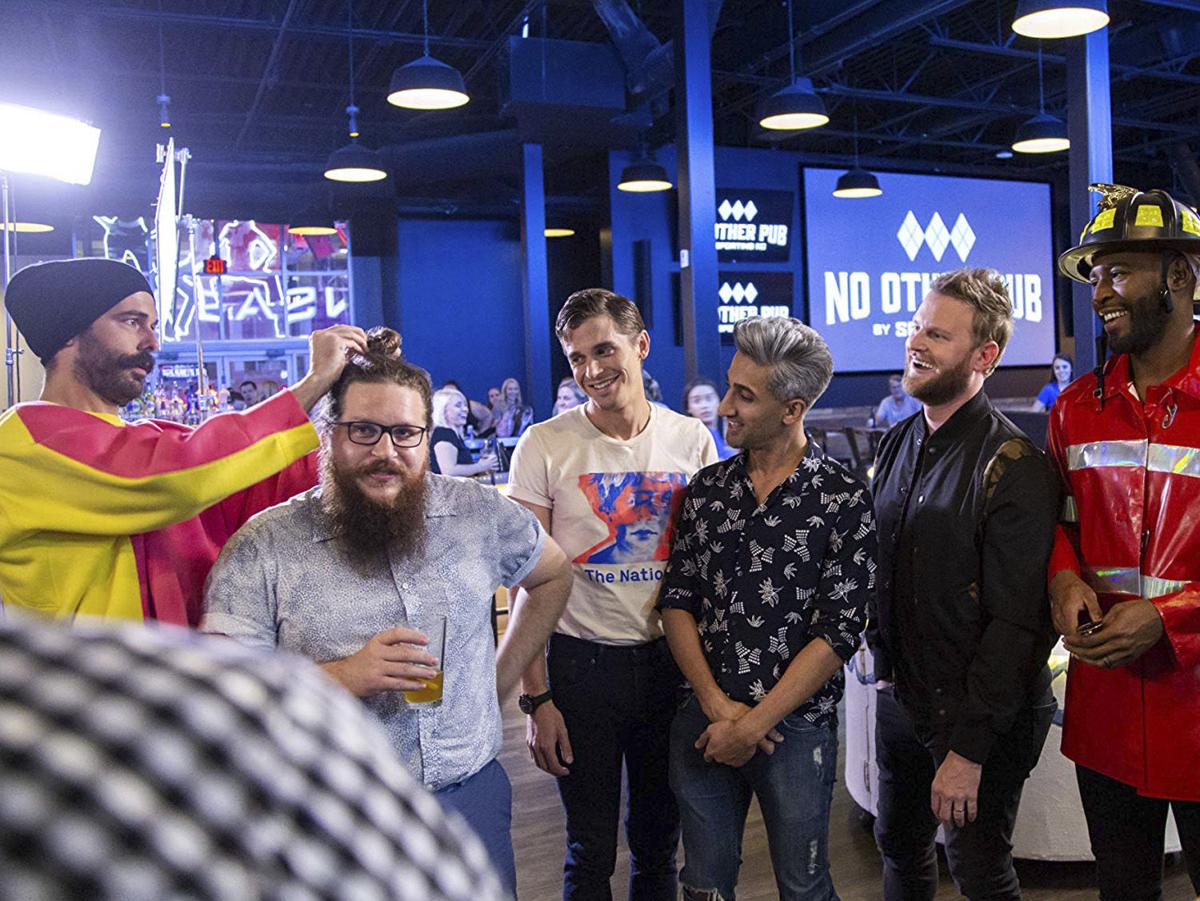 The Fab 5 grab drinks at No Other Pub during the season. 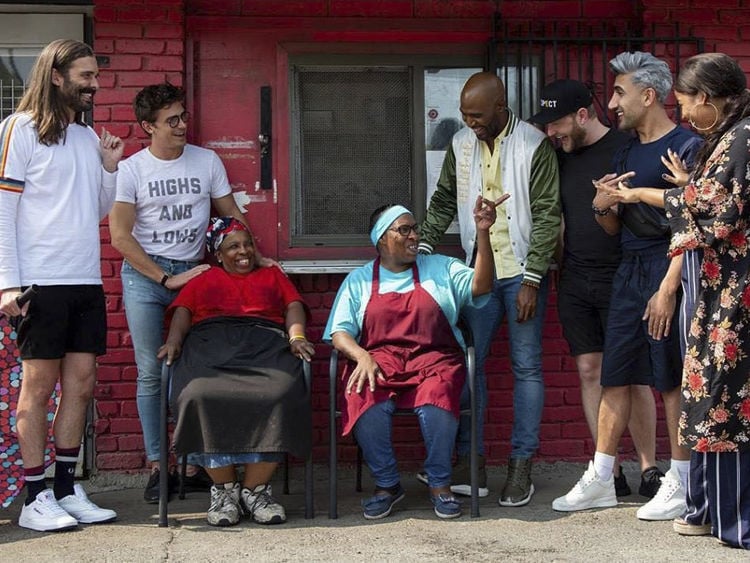 The Fab 5 make a visit to Jones Bar-B-Q in Kansas City, Kansas.

We kind of can’t handle how good Kansas City is looking in the new season of Queer Eye, which was filmed in town over the course of several months last year. The boulevards are beautiful, the fountains are sparkling, and our food scene even gets to have its own special moment (many moments, in fact!) to shine. Here are, in no particular order, all of the restaurants that have been featured this season. (We’ve also heard rumors that Season 4, which may air later this year, was also filmed at the same time, so we may be in for even more love in the coming months. Get excited!)

The Jones sisters – Deborah Jones and Mary Jones Mosley – are legitimate breakout stars after the launch of this season of Queer Eye. They are warning customers of long lines at their restaurant and then, of course, there’s the sauce. Antoni took the sisters to Original Juan’s, which is now bottling their sauce after being trusted with the lovingly guarded secret recipe. According to the Jones sisters, they have sold more than 11,000 bottles of their sauce already.

Goodies from Dolce Bakery are featured throughout the season, but the bakery's most prominent moment is in Episode 7, when hero Tony Blanco gets a baking lesson with his daughter, Kairi, at the bakery. Also catch the bakery’s work in Episode 4, with a wedding cake made for Robert and Jamie. (In the same episode, you can also spot Antoni giving Robert a quick cooking lesson in the open kitchen at Rye Plaza (we know that white subway tile!), and Robert having drinks with friends at No Other Pub before Karamo comes in wearing a fireman’s suit.)

Antoni and the “Huntee” Jody Castellucci visit chef Ryan Brazeal’s Novel in Episode 1 for rabbit pie, a humongous lobster (not a menu item there but we suspend our disbelief for the benefit of the show), and for a lesson that things aren’t intimidating and “fancy;” rather, they are special.

This Lawrence classic gets love as the workplace of Episode 5 hero Jess Guilbeaux. The owners of the Mad Greek, Theo and Deb Tagtalianidis, hosted a watch party last week for Guilbeaux and her friends.

The crew takes hero Thomas Diggs to the Crossroads retro arcade, bar and restaurant for his 21st birthday, a fitting spot for a gamer ready to branch out.

Located across the street from the Abdiana building, home to the Fab 5’s loft, the Rockhille Grille gets a bunch of visual cameos throughout the season. We see you!

See if you can spot some of Donutology’s custom mini donuts in the baby shower scene on Episode 7.

The New Season of Queer Eye, Filmed in Kansas City, to Feature the Jones Sisters from Jones Bar-B-Q in KCK

Deborah Jones and Mary Jones Mosley have been cooking barbecue together for 40 years.

The Fab 5 grab drinks at No Other Pub during the season.

The Fab 5 make a visit to Jones Bar-B-Q in Kansas City, Kansas.