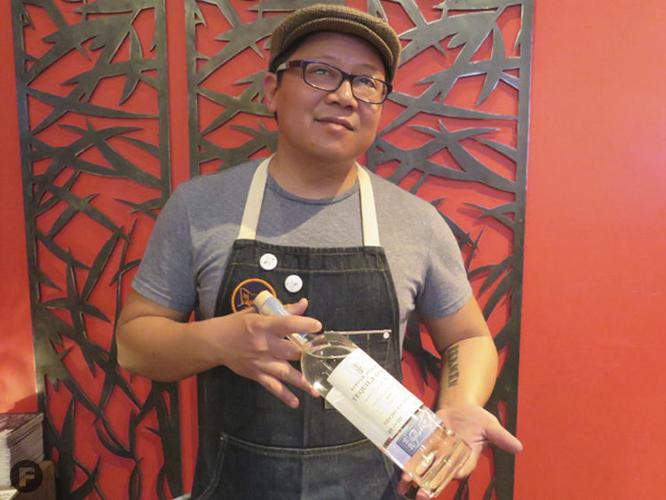 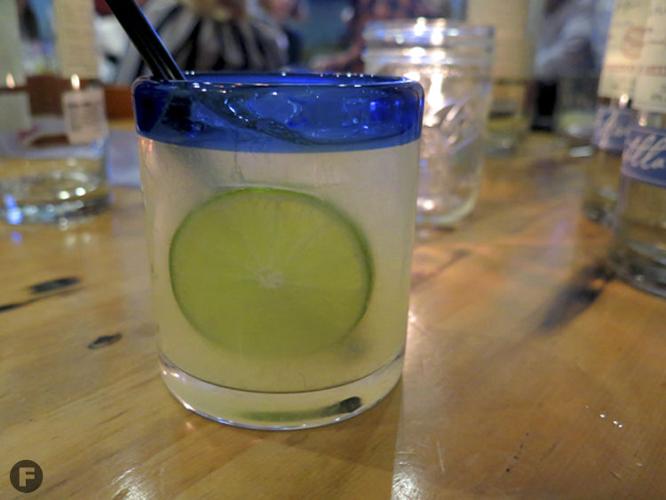 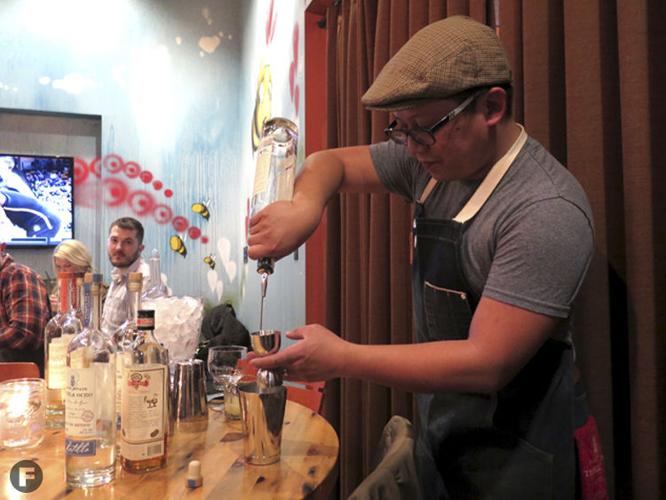 On a recent night at Coco Bolos, tequila expert Ryan Rama demonstrates how to prepare a proper margarita. First, he measures two ounces of Tequila Ocho Plata, an unaged tequila chosen for its agave-forwardness and lack of oak, and pours it in a shaker. Next, he adds one ounce of Pierre Ferrand curaçao, an orange-flavored liqueur that provides a citrus-infused sweetness to the drink for balance. Lastly, he pours three-fourths of an ounce of fresh lime juice (roughly the juice from one lime) into the shaker. Rama gently tumbles cubed ice into the mix and briefly shakes the ingredients until well-blended.

Rama eschews shortcuts that make margaritas cheap to produce. His demonstration illustrates how easy it can be to prepare a delicious margarita, starting with a more refined tequila. “These spirits are, to a certain extent, a victim of their own success,” he notes. “Overly sweet margaritas out of a machine, store-bought sweet and sour mix, Jimmy Buffett songs, blah! Everyone has that one bad tequila experience in college or on spring break.”

Rama, a brand ambassador for Tequila Ocho, says there's a huge difference between the artisanal product and large-scale tequila manufacturers. Tequila Ocho’s Plata, whiskey barrel-aged reposado and añejo tequilas are made from only blue agave sourced from a single estate in Jalisco, Mexico, as a single vintage. Tequila, of course, can only be made from blue agave, and can only come from five regions in Mexico: Jalisco, Nayarit, Michoacan, Tamaulipas and Guanajuato.

The difference is apparent when smelling and tasting Tequila Ocho’s array of single-vintage spirits. For example, the 2016 Plata exhibits soft grassy, herbal notes and sharp hints of lime peel. “Agave distillates share many attributes with wine: the agricultural aspects, the ability to convey terroir and the variances from producer to producer,” Rama says. “Tequila shows the influence of its external environment like weather and soil and communicates that terroir efficiently.”

“Whenever possible, we made our own ingredients in house, such as bitters, syrups and tinctures,” Rama says. “Basically, we adopted a ‘scratch’ culinary approach that considers the quality of each ingredient being key to creating the best possible cocktail. Honesty and transparency while embracing innovation were our core values.”

Rama also drew on his extensive hospitality career experience. After working in Lawrence, Kansas, for several years, he set his sights on Kansas City as the craft cocktail movement on the coasts began to emerge in the Midwest. Circa 2004, he helped to establish the bar program at the now-shuttered Bulldog Restaurant and Bar in the up-and-coming Crossroads Arts District.

“It was a collection of derelict buildings, strip clubs and alternative lifestyle bars with really edgy galleries and daring restaurants, doing the kind of things you really only saw in larger markets,” Rama says. “My affinity for craft spirits, cult wines and small-batch beers began in earnest at this point.”

When flavored vodka and sugary drinks were still king but on the wane, Rama curated a cocktail menu at Bulldog that he says leaned on historical recipes from both before and after Prohibition. Since then, he has pursued his sommelier certifications and has worked behind the bar at local spots including Pierpont's, Extra Virgin, Tannin Wine Bar, Port Fonda and Coco Bolos.

As a brand ambassador, Rama strives to help bartenders and guests navigate beyond familiar brand names to consider higher-quality spirits. “Thousands of marketing dollars from multinational conglomerates have a way of muddying the waters,” he says. “With ‘authenticity’ being a buzzword, it's hard to separate lifestyle brands from actual artisanal producers.”

With that in mind, Rama works closely with Coco Bolos and other restaurants and bars to help educate guests on the difference between what’s trendy versus the underlying story of a spirit’s craft production.

Trend Alert: Local Distillers Are Getting Into the Agave Spirits Game

Despite the fact that the U.S. is the number-one consumer of tequila in the world, spirits made from the agave plant aren’t often produced locally.

Why some bartenders believe tequila gets better with age.