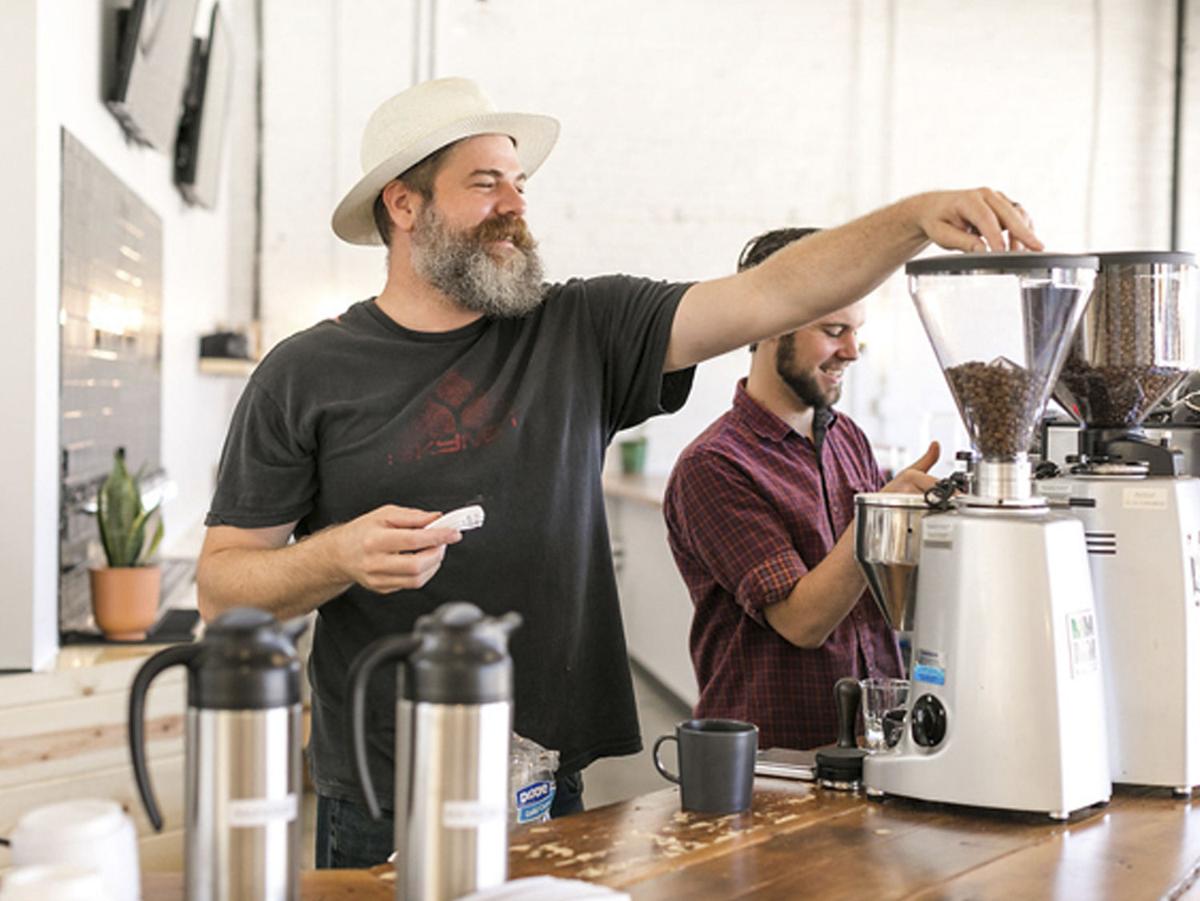 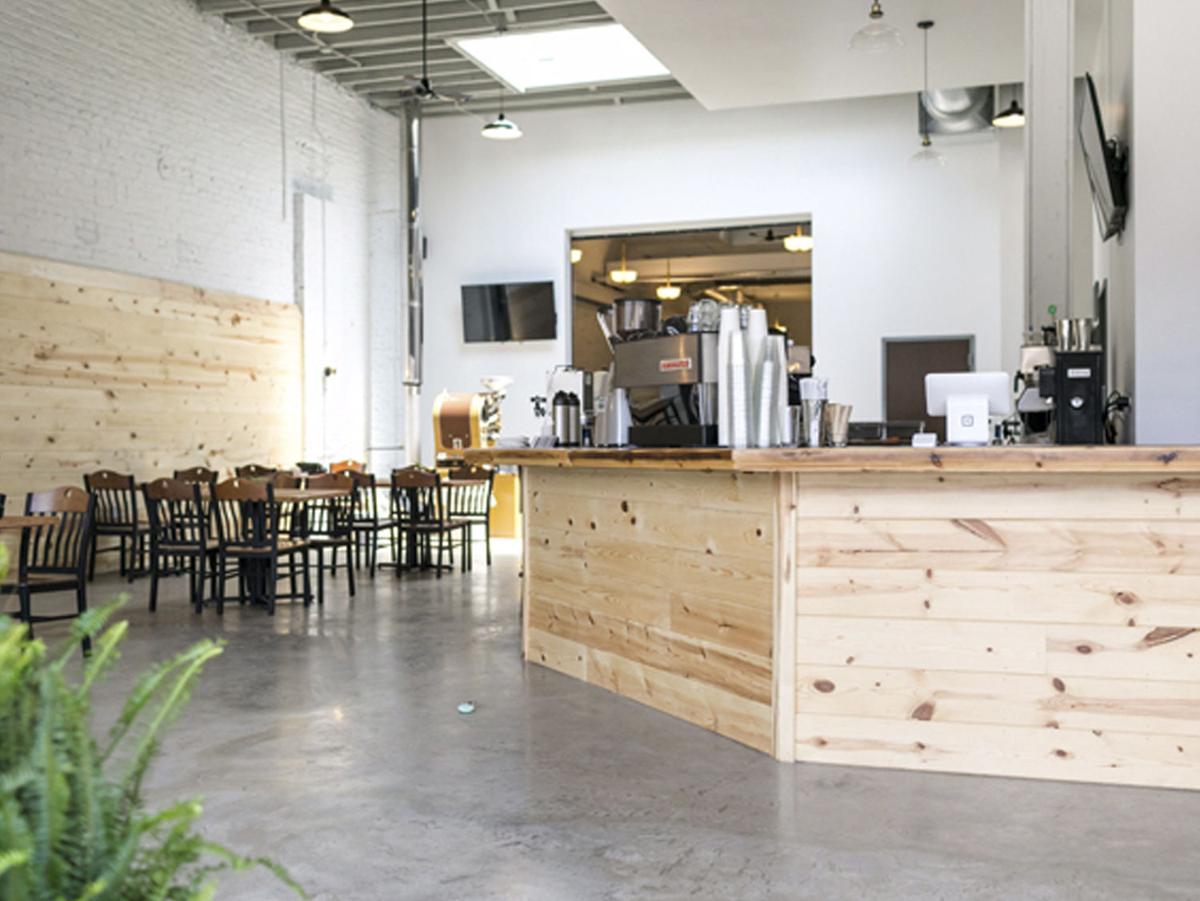 Rochester will serve coffee by day and craft beer by night. 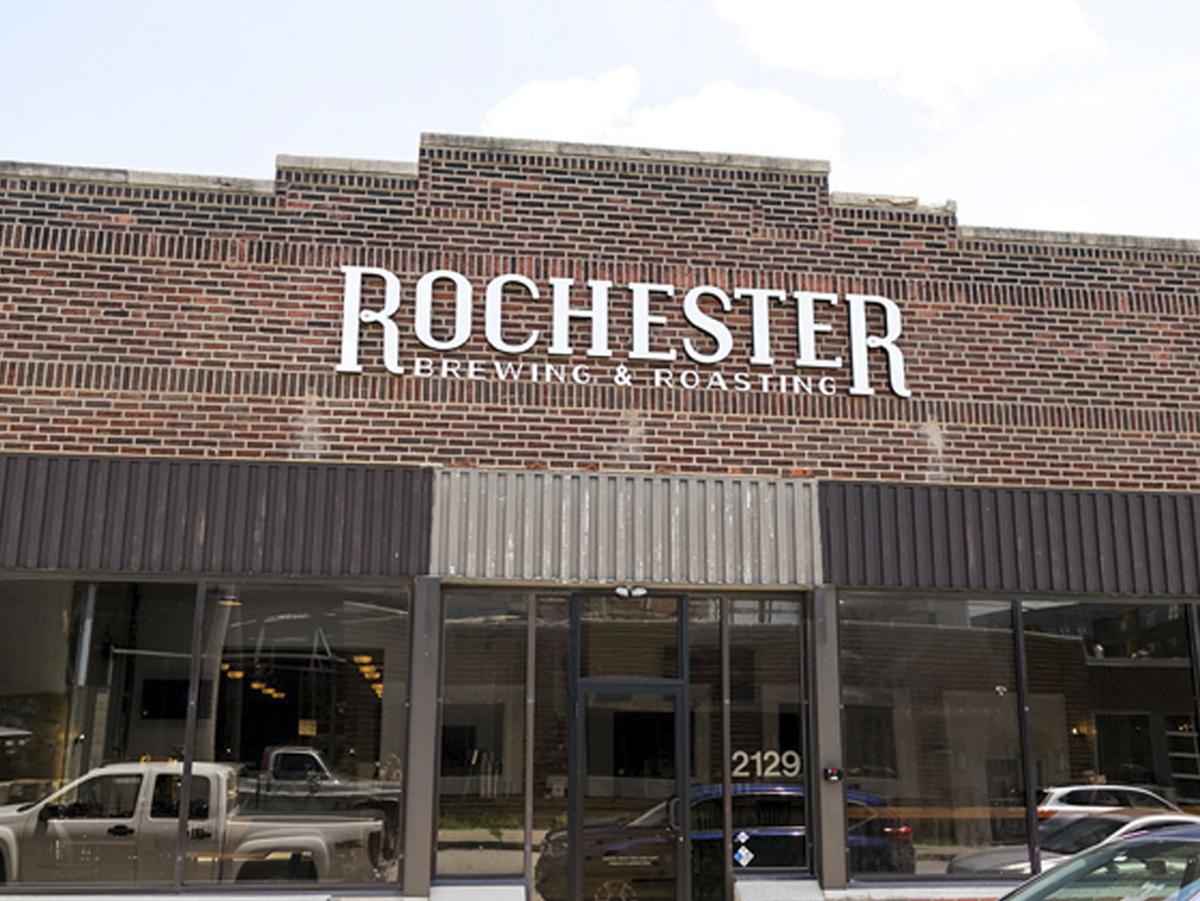 Rochester will serve coffee by day and craft beer by night.

Collaborations between breweries and coffee roasters are nothing new – just look at the number of coffee stouts on the market. But Rochester Brewing & Roasting Co., opening in Kansas City this summer, takes the idea a step further by operating a roastery and brewery under one roof.

Head brewer Marshall Van Tuyl and head roaster Philip Enloe are principal owners. Another dozen co-owners, each with different skills and experience, have a minority stake in the business. Zeth McReynolds serves as general manager, for instance, and David Bulcock handles brewer and community relations.

Rochester’s origin story boils down to a friendship between Enloe and Van Tuyl that dates back to high school. Post-college, the two moved back to Kansas City and became roommates. “Philip had already started roasting coffee,” Van Tuyl says. “That summer he decided to buy a kit to try his hand at homebrewing.”

Van Tuyl joined in the homebrewing adventure. Numerous beer batches later, Van Tuyl concentrated on brewing. Enloe, who previously worked as a high school music teacher, focused on coffee. He has now roasted coffee as a small-scale hobbyist for about a decade.

Van Tuyl, who has a background in engineering, was drawn to the science and math involved in the brewing process, and even won recognition as the 2017 High Plains BrewHoff Brewer of the Year. Eventually, the duo decided to transform their hobbies into a business. After drafting a business plan, Van Tuyl and Enloe enlisted other friends and investors to launch the business.

Bulcock, a college friend of Van Tuyl with experience in the beer industry, formerly worked in sales in Dallas, Texas. He became a certified beer judge, earned a degree in brewing sciences from a local university and also completed internships with breweries in the Dallas area, including Martin House Brewing and Shannon Brewing. He moved to Kansas City once he heard about plans for Rochester.

With its core team assembled, Rochester opened its coffee roasting operation this month. “The goal is to have direct-from-origin coffee so we know the workers are getting paid a fair wage, which in turn will help the coffee industry as well as the quality of coffee,” Enloe says. “We will source beans from regions around the world.”

Enloe focuses on sourcing beans from a farmer he met in Honduras while traveling. “Our main focus is to educate about coffee and where it comes from, and making it approachable to everyone,” he says.

The brewery is slated to open this summer, likely in mid- to late August. Rochester began work on a mead on July 23, with plans to start brewing beer later this week.

Rochester Brewing bears the same name as a historic Kansas City brewery, though the modern business operates out of a different building. “It was built in the same era [during the] late 1800s,” Van Tuyl says. “According to our research, the original Rochester Brewery was located roughly one block north of our location on Washington St. between 20th and 21st.”

The owners plan to pay homage to both the original Rochester Brewery and the history of brewing in Kansas City. Enloe has purchased memorabilia from the original brewery, including letterhead and glass bottles that might be displayed in the space in the future.

“We have discussed the idea of brewing similar beers to those we can find information on from the original,” Van Tuyl says. “We have found images of labels for beers named ‘Rochester Original’ and ‘Rochester Malt Ale.’”

Reviving those historic beers will remain on the back burner. For now, the five-barrel brewhouse will produce modern beer styles, such as a range of IPAs. The initial lineup includes a Pilsner, stout, IPA and Gose. “Our goal is to have something for everyone. We do not plan to focus on core beers, but instead have core styles,” Van Tuyl says. Beer will be sold at the taproom with no immediate plans for distribution.

The coffee shop will primarily serve guests in the morning, while evening sales in the taproom will be driven by beer. “[Both beer and coffee] are experiencing similar trends as more people are moving away from large national brands and instead are looking for fresh, local options,” Van Tuyl says. “Creating each beverage is truly a craft, which requires passion for the product. Both beverages also create community as people gather around them for conversation and camaraderie.”

Rochester’s building also houses a 1,400-square-foot event space available as a stand-alone rental or in combination with the 1,200-square-foot café. “The event space is a flexible space,” says Van Tuyl. “It can be rented for private events but also will be used quite often as additional seating space. It is connected to the front café/taproom with a large overhead door.”