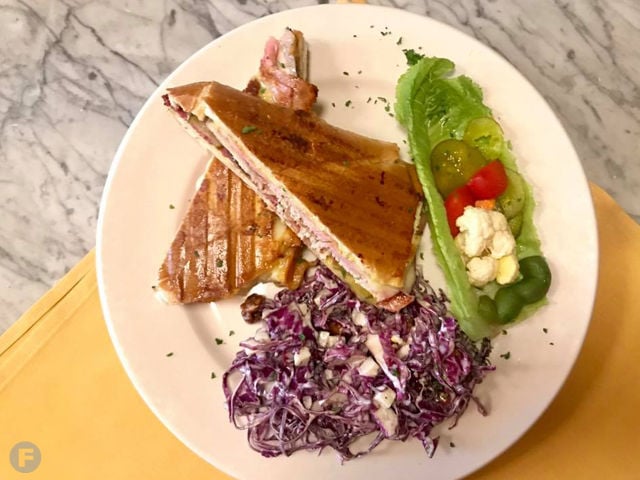 A Cuban sandwich and purple coleslaw now being served at The Ship. 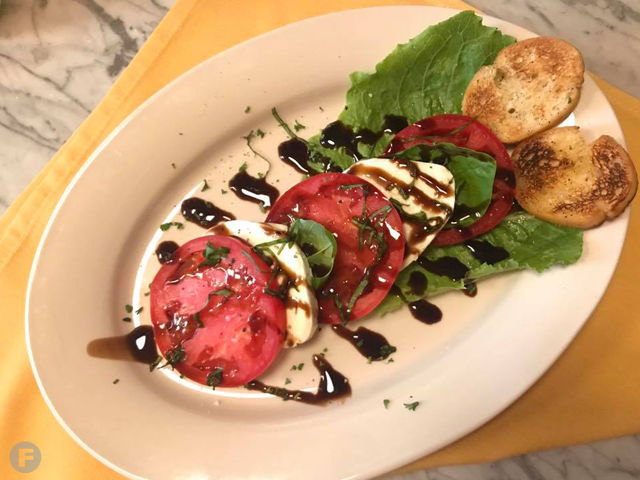 Caprese salad was a recent special of the day. 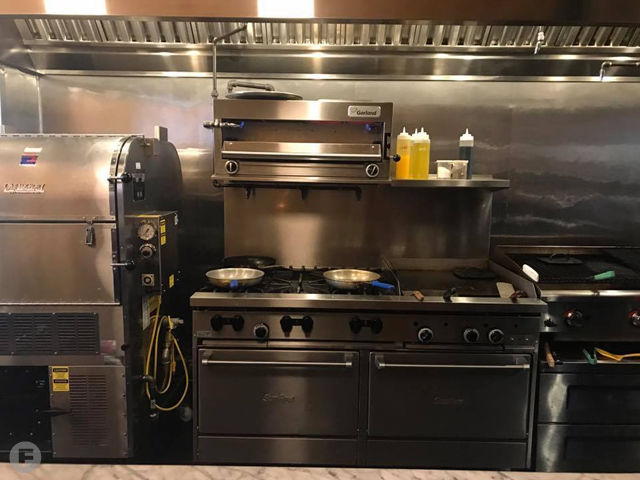 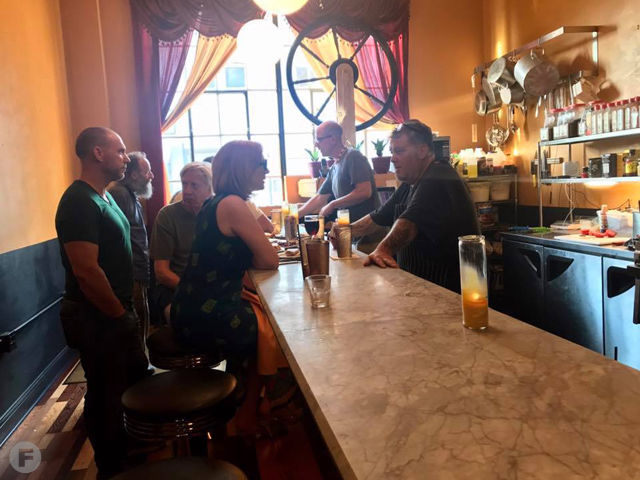 The new chef's counter at The Ship is already a neighborhood gathering spot.

A Cuban sandwich and purple coleslaw now being served at The Ship.

Caprese salad was a recent special of the day.

The new chef's counter at The Ship is already a neighborhood gathering spot.

Bob Asher and Josh Mobley have grown into their roles as stewards of The Ship, the nautical-themed bar located in the historic West Bottoms.

For the past two months, their newest voyage has taken them into the world of food service. The bar now features a brand-new galley kitchen and chef’s counter located at the front, facing Union Avenue, so guests can enter through the front door. The full lunch and dinner service will kick off this Wed., July 5.

Asher and Mobley had always discussed adding food to The Ship, but knew they needed a solid chef in the kitchen. Enter the new captain of the kitchen: friend, local musician and chef Ernie Locke, who has returned to Kansas City after living in Tampa, Florida, for several years. “I owned a restaurant in Tampa called Ella’s Americana Folk Art Café, and we would do a Soul Food Sunday where we booked musicians to play,” Locke says. ”I would do Kansas City style-barbecue and we would just pack them in.”

Locke joined the team in time to help the partners build out the new kitchen at The Ship. The kitchen includes an Ole Hickory Pits smoker, allowing Locke to add some of his Kansas City-style barbecue to the menu starting in August.

In the meantime, the current menu is filled with a nice mix of vegetable-forward favorites and meatier options. Look for fried green beans, a grilled romaine salad, a veggie Cubano and a housemade veggie burger (both of which are also available with meat). A recent caprese salad special featured slices of ripe red tomatoes and fresh mozzarella layered with fresh basil leaves and drizzled with balsamic vinegar. “Anyone who knows me knows that I like to make clean, honest food from scratch,” Locke says.

Many of the items featured on The Ship’s menu are dishes Locke perfected at Ella's, including a meatloaf entrée served on bread, doused with gravy and topped with fried onions. It comes with a side of roasted vegetables and mashed potatoes. His time in Florida also taught him the secret to a great Cubano. Locke uses a traditional mojo marinade for the pork roast, plenty of gooey Swiss cheese and rolls that are crispy on the outside and soft on the inside when griddled. The sandwich doesn't disappoint, especially when served with a side of coleslaw, made with red cabbage, diced green apples and candied pecans in a cool and creamy dressing.

For the past three years, The Ship has been a place where everyone was welcome; it has truly become a second home to many involved in the arts community, some of whom have art studios in the West Bottoms. It's the kind of place where musicians, artists and chefs can all collide and converse over a drink. “When the Royals went to the playoffs, we started hosting watch parties at The Ship,” Asher says. “After that, people knew we were down here, and traffic increased.”

The Ship never charges a cover to hear live music, because Asher wants to keep prices reasonable. The bar's drinks are affordable, as is the new food menu – breakfast, sandwiches, salads and entrées are all priced between $5 and $15.

“The neighborhood needs more affordable places to get a solid meal,” Asher says. “We want The Ship to become more a part of this neighborhood that we have called home for the last 15 years.”

Starting Wed., July 5, The Ship will serve lunch lunch from 11am to 1pm and dinner from 6 to 10pm, Tuesday through Saturday.

Inside The Ship, a Dive Bar That's No Longer Top Secret

The Ship, located in the West Bottoms of Kansas City, had been a top-secret bar and private party location. Now it's open to the public.

How David B. Knight of Ole Hickory Pits is Influencing the Barbecue Industry

This month, he'll be formally inducted into the Barbecue Hall of Fame.

Side Project Brewing Is the No. 2 Brewery in the World, Says RateBeer