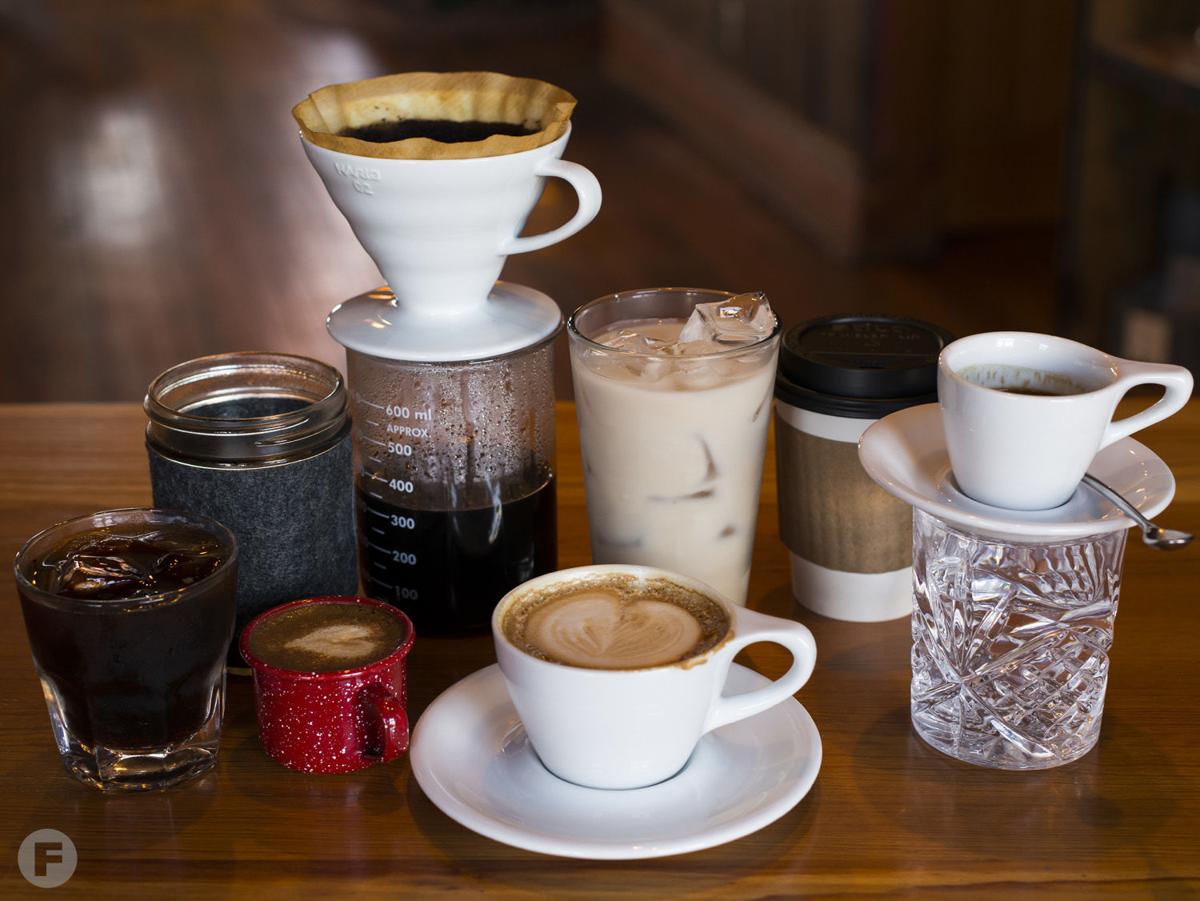 Thou Mayest is back in Kansas City in the form of Thee Outpost. 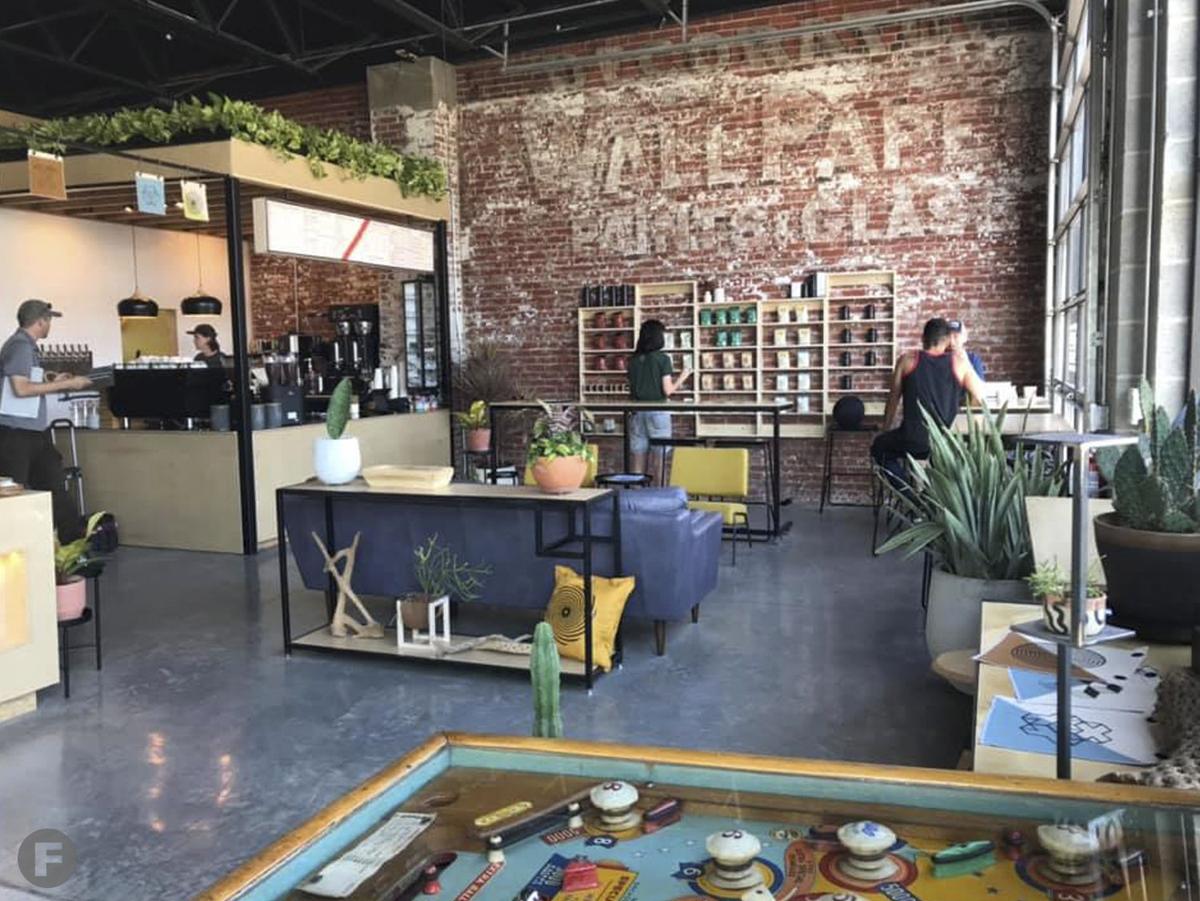 Thou Mayest is back in Kansas City in the form of Thee Outpost.

Bo Nelson is celebrating the 5-year anniversary for his coffee roasting company, Thou Mayest Coffee Roasters, by opening a brand-new coffee shop, Thee Outpost, today in the East Crossroads.

The 2,000-square-foot coffee shop, which shares a space with Collective EX, will offer Thou Mayest coffees, teas and kombucha in addition to a selection of pastries, including some gluten-free baked goods. Nelson says that the concept is not intended to be a replacement for Thou Mayest, but a unique opportunity for him to test a smaller, more nimble coffee bar that can fit inside other spaces – one he eventually plans to franchise.

“Thee Outpost was simply, but stylishly, constructed to be able fit in other spaces,” says Nelson. “It has a small footprint that could exist as a grab-and-go coffee stand or, with seating, could be made into a true coffee shop in whatever space it lands. I could see one of these inside the new airport and another one in a shared space out in the suburbs of Johnson County, but after that, this brand is the one I would franchise to other cities in the U.S. and possibly internationally.”

Partners Josiah “Bo” Nelson and Bill Holzhueter are seeking a new home for their coffee shop.

Nelson says he has been approached by investors in Chicago, New York, Denver and even Hong Kong. He has seen Kansas City grow into a city with new and exciting things happening in its coffee, food, drink and even technology scenes. He believes that Kansas City should be sharing this with the rest of the world and now, he plans to do just that with Thee Outpost fueled by Thou Mayest coffee.

As an added bonus, Thee Outpost has added “The Lab,” a space where Nelson has literally given his baristas a room to play and experiment with new and exciting coffee drinks, tea and kombucha. “We have also added more technology into the equation, with automated pour-overs, and all of our cold teas and kombuchas are now on a kegerator tap system that allows us to be able to run this booth with two baristas, instead of four,” says Nelson.

His new neighbors, Collective EX, have also been very involved in the design of Thee Outpost. The group is made up of local designers and artisans who come together to work on projects as a team. Collective EX was started by Johnny Dawbarn, who formerly worked for Hallmark’s innovation lab and also designed Thou Mayest's coffee bags.

To that end, many elements within Thee Outpost’s space were created by Collective EX. The group designed and created the white relief art board of “The Scout” that is mounted to the wall behind the barista station, and several chairs that dot the space were created using their 3D printer. Metal work that frames up the coffee stand was also fabricated here. The menu board and some other decorative “Easter egg” art elements that are tucked away in plain sight in the space were also created by the team with feedback from Nelson in order to create a casual West Coast feel in the new coffee space. Nelson has also added his signature plants into the space, which come from his family nursery and inject some much-needed chlorophyll into this commercial space.

The new coffee shop comes from the founder of Thou Mayest Coffee Roasters.

“We are more than just a coffee shop; we sell energy. Not to get too out there, but we want to meet people where they are and lift them up, giving them the fuel and space to do the things that need to get done,” says Nelson. “That was my biggest learning about our original Thou Mayest shop; we are more like a community center with really great coffee.”

It has been six months since Nelson closed his original Thou Mayest location, and his time away from the daily grind of running a retail coffee, cocktail, community and co-working space has allowed him time to form some new ideas around the Thou Mayest brand. It has given him time to be thoughtful about where the brand is today and what it can be in the future, and that is what has prompted a business model reboot.

Instead of creating one common space that represents everything Thou Mayest can be for its customers, Nelson decided to create multiple locations that start in Kansas City but could eventually travel across the country, and even internationally.

“Right now, I am focusing on what the Thou Mayest story is, how can we explain to others what our company and culture really represents,” says Nelson. “I have just hired a new wave of employees and I am spending my time focused on my team and teaching them the culture of this company today.”

He has opened Café Equinox coffee bar inside Family Tree Nursery, owned by his family; purchased the locations of Quay Coffee in the River Market and inside the Bloch Building of the Nelson Atkins Museum of Art; and has now launched his franchise-able coffee brand with Thee Outpost.

For those looking for a replacement for the original Thou Mayest coffee shop, Nelson says not to worry – he plans to tackle that project next. “Ultimately, I want to provide people with spaces where they feel like they can collaborate, take risks and jump,” says Nelson.

Starting today, Thee Outpost will be open Monday through Saturday from 7am to 8pm and Sunday from 9am to 5pm.

The changes will start with the location inside the Nelson-Atkins Museum of Art.