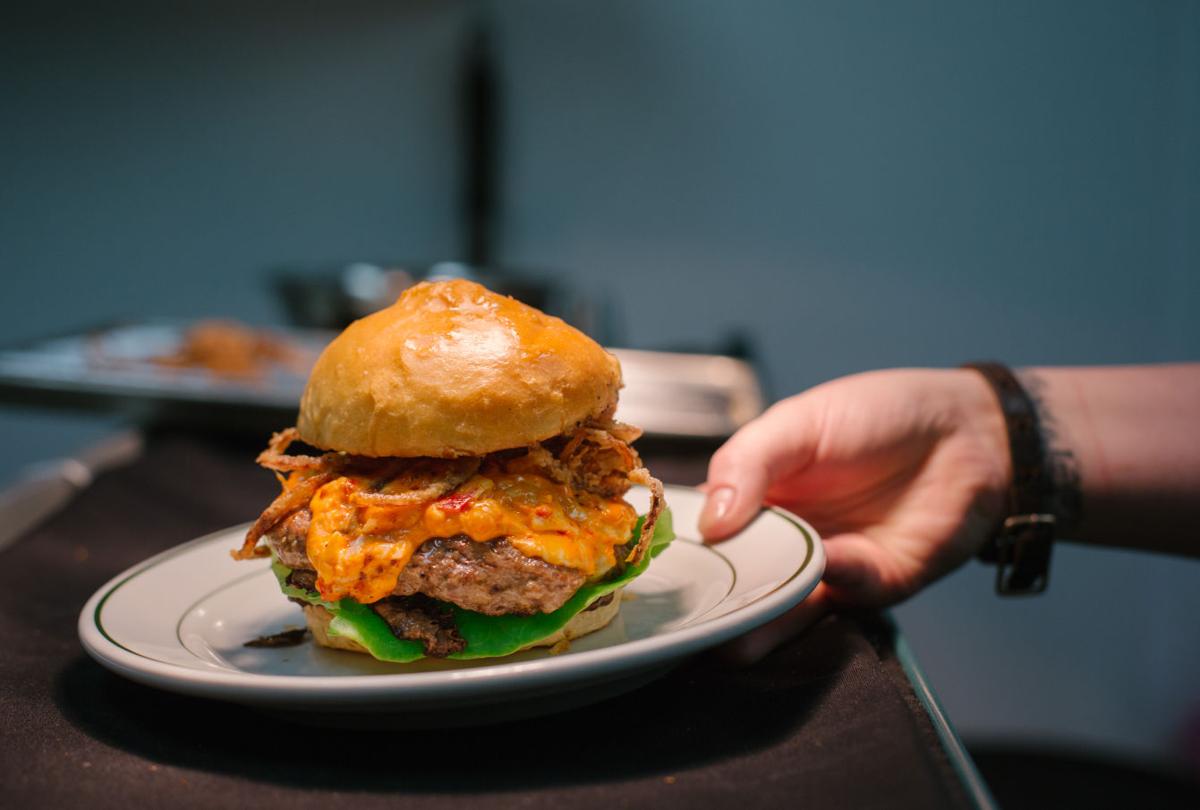 Public House Brewing's grass-fed Angus beef with pimento cheese, butter lettuce and fried onion rings on a house-made bun. The burger isn't currently a menu item, but is often available as a special. 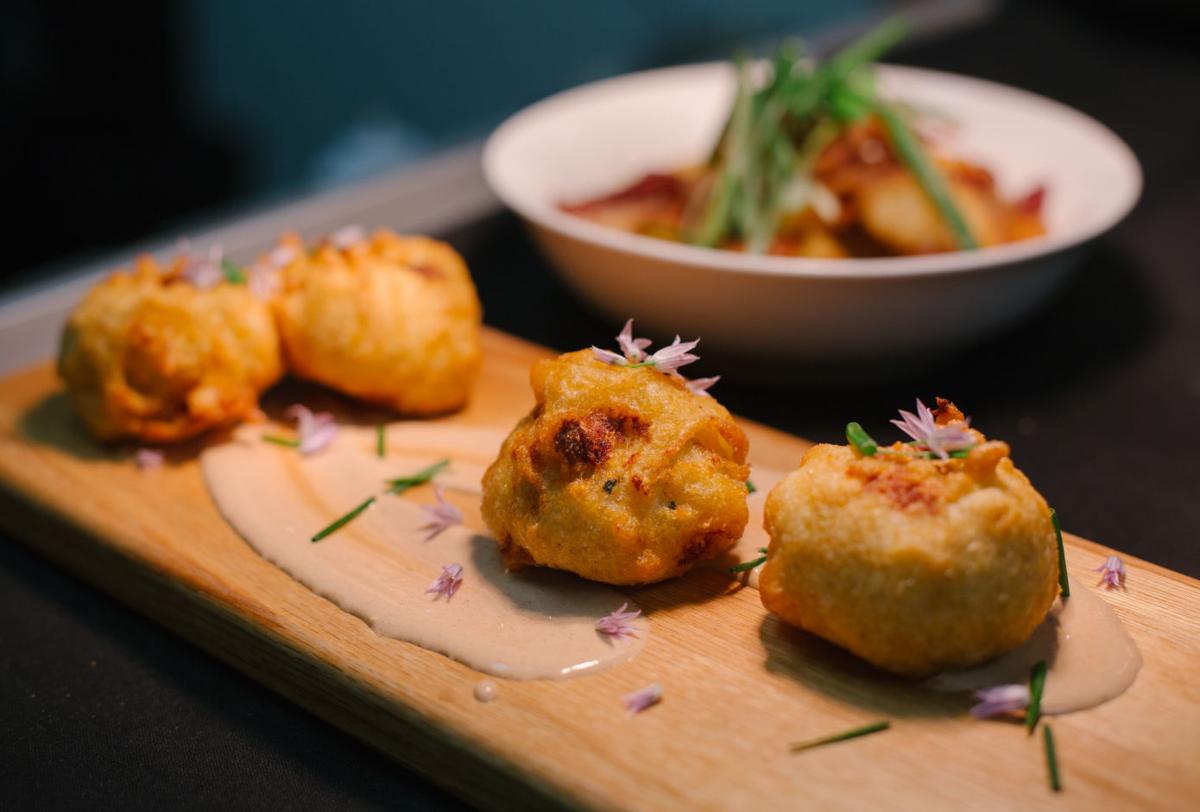 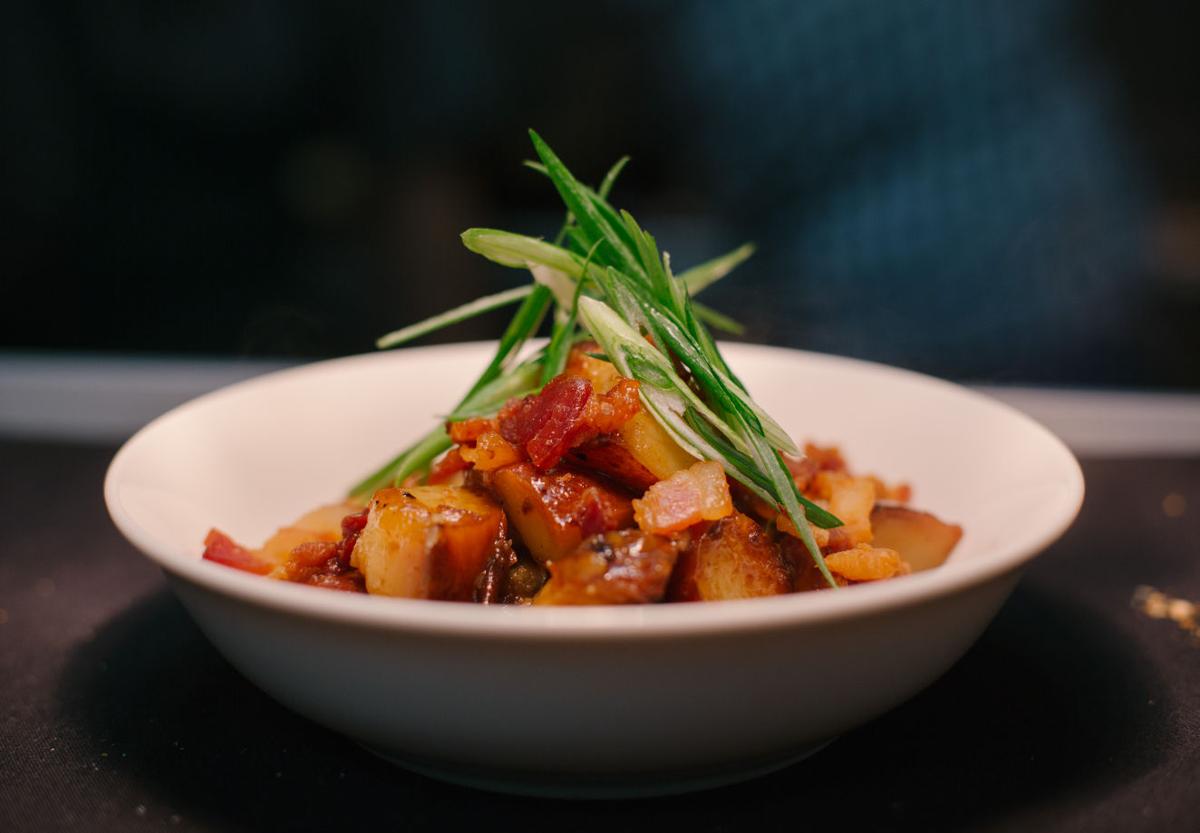 Public House Brewing's grass-fed Angus beef with pimento cheese, butter lettuce and fried onion rings on a house-made bun. The burger isn't currently a menu item, but is often available as a special.

After attending culinary school in North Carolina, Alex Giger relocated to Seattle to begin his career as a chef. It was simply an accident that he ended up back in his hometown of St. James, Missouri, to head up the new kitchen at Public House Brewing Company.

"I was on a road trip and my van broke down in St. James, so I decided to stay home for awhile," Giger says. "I started talking to both of the [owners], and one thing became another and I decided to stay.”

Giger is now head chef at Public House Brewing's new kitchen in St. James. The brewery launched a full kitchen at this location in wake of its recent expansion. This new menu is geared toward complementing and sometimes using the brewery's beer to create locally sourced meals.

“We’re a brewery first," Giger says. "I feel the cooking should tie in with the rest of what we’re trying to do there. I think part of that is showcasing their beer not only in the taproom, but also being able to showcase it a little differently in the food and on a plate.”

And so the brewery launched a menu full of various meats, cheeses and salads. Items range from a hot German potato salad, with a hot cider bacon vinaigrette, to smoked trout fritters, which are beer-battered and served with butter and chives. The meat entrées also come with recommended beer pairings. Various platters and snacks including pretzel bites and beer nuts are also available.

This new menu is largely focused around local ingredients and seasonal availability when possible. Giger sources mushrooms, vegetables, 100-percent grass-fed beef and more from local farmers to make his dishes. Other ingredients like trout are popular in the area, so he wants to offer his own spin on terroir. His goal is to maximize the menu's local involvement, adapting his dishes to the season.

“The trout fritter always remains the same, but the sauce and accompaniment for it changes seasonally, or even week-to-week, depending on what great things walk through the door,” Giger says.

In that spirit, Giger says he's already revamping his menu for the summer season to include dishes and ingredients that are ripe and available. While he isn't thinking much about a massive menu expansion for the future, he hopes to continue offering his simple-yet-creative spins on classic dishes. Expect the summer menu later this June.

“I’m really excited about tomatoes, so that brings up BLTs and all kinds of great stuff as we change into summer and start getting those great ingredients,” Giger says.

While the menu and kitchen are small in St. James, Giger says the Rolla location is even smaller, to the point where the brewery has no plans to carry this menu over to its original location. Public House's Rolla headquarters offers a selection of deli sandwiches and assorted plates, but none of the new entrées introduced in St. James. Giger says that he enjoys how each location specializes in a different menu.

Public House Brewing Company's St. James Kitchen is open for every day for lunch from 11am to 2pm, serves dinner Wednesday through Friday from 5 to 9pm and is open all day Saturday 11am to 9pm.