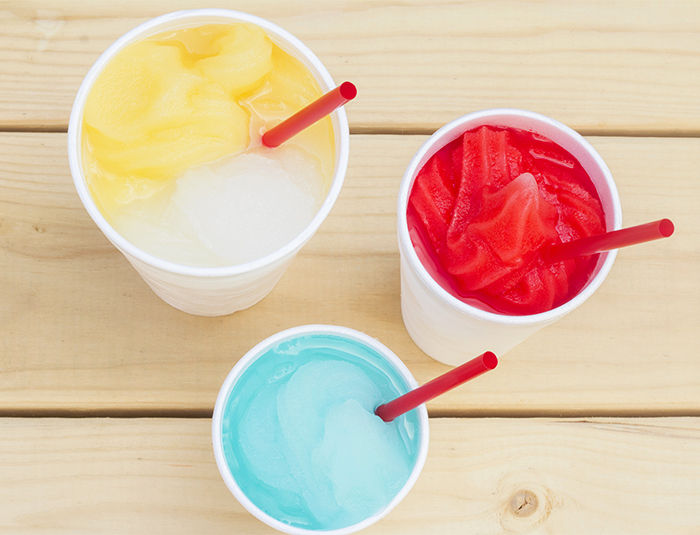 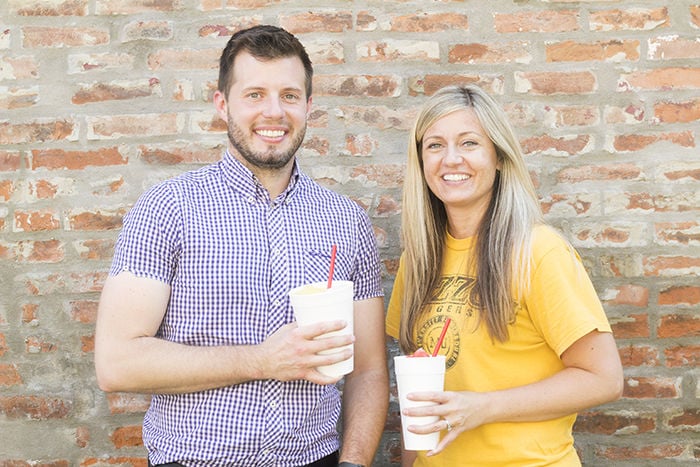 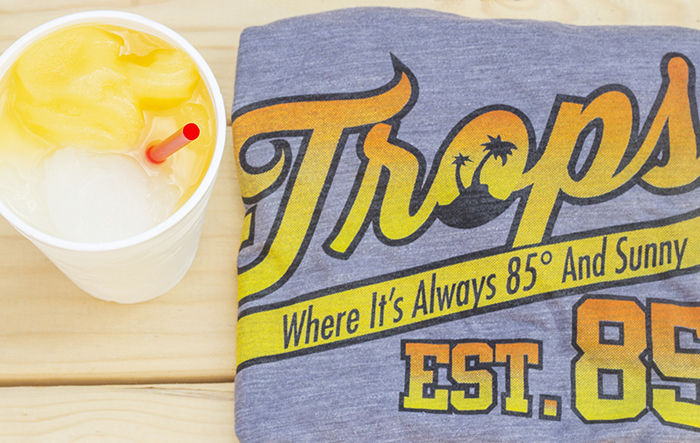 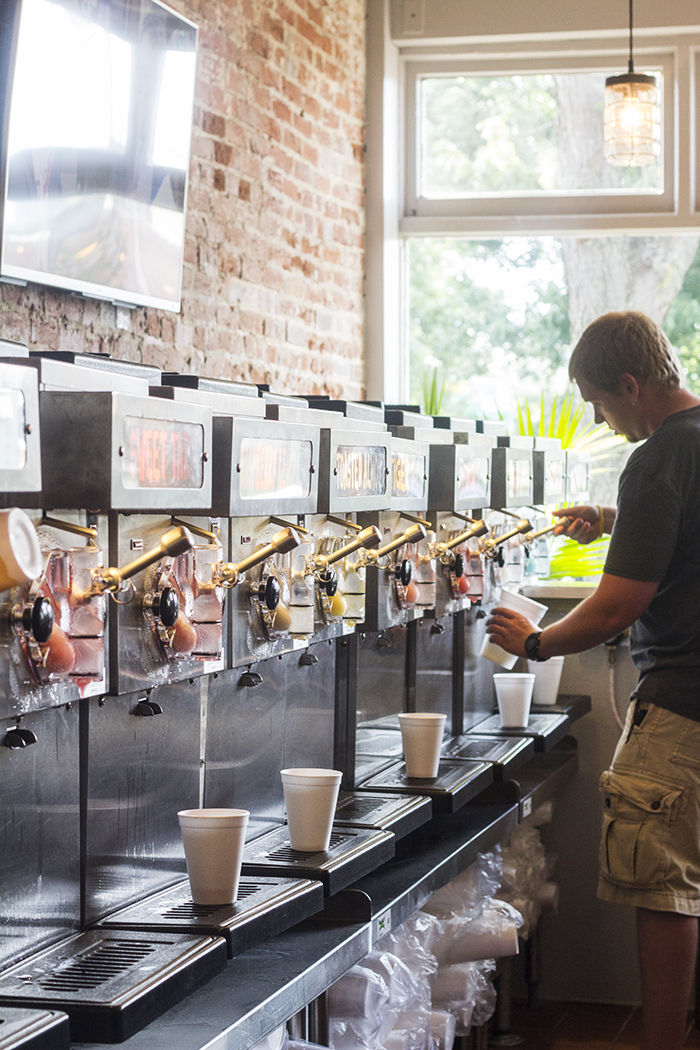 Select from a wide variety of blends behind the bar. 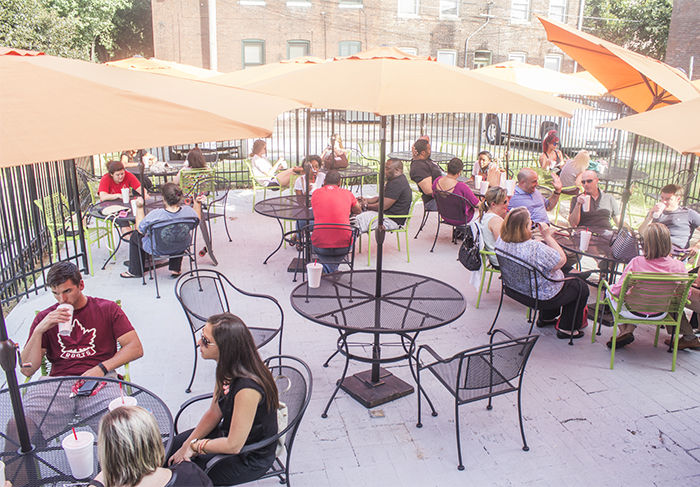 Tropical Liqueurs features several seating areas including a back patio. 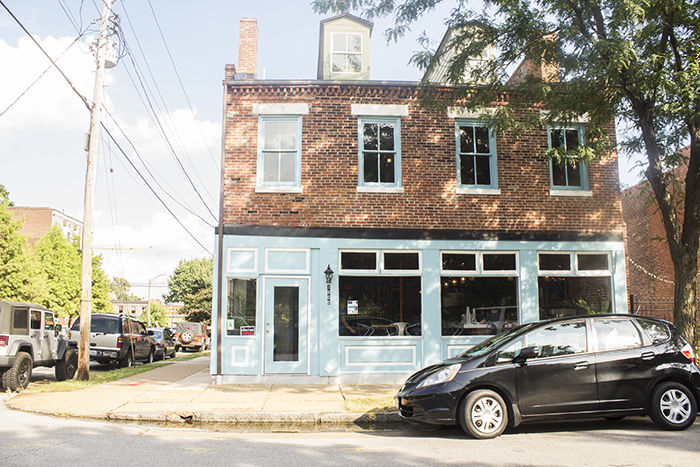 Look for the light-blue brick building tucked away in the neighborhood, just blocks from the Soulard Farmers' Market. 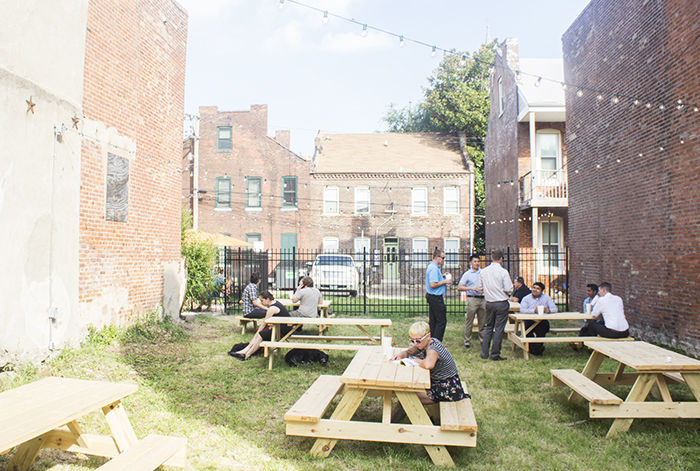 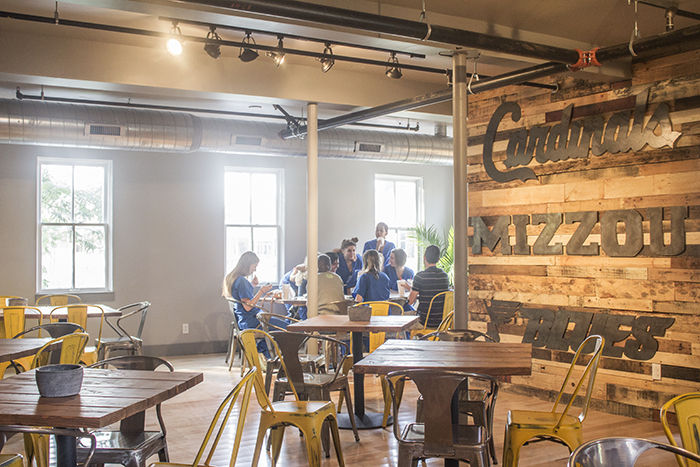 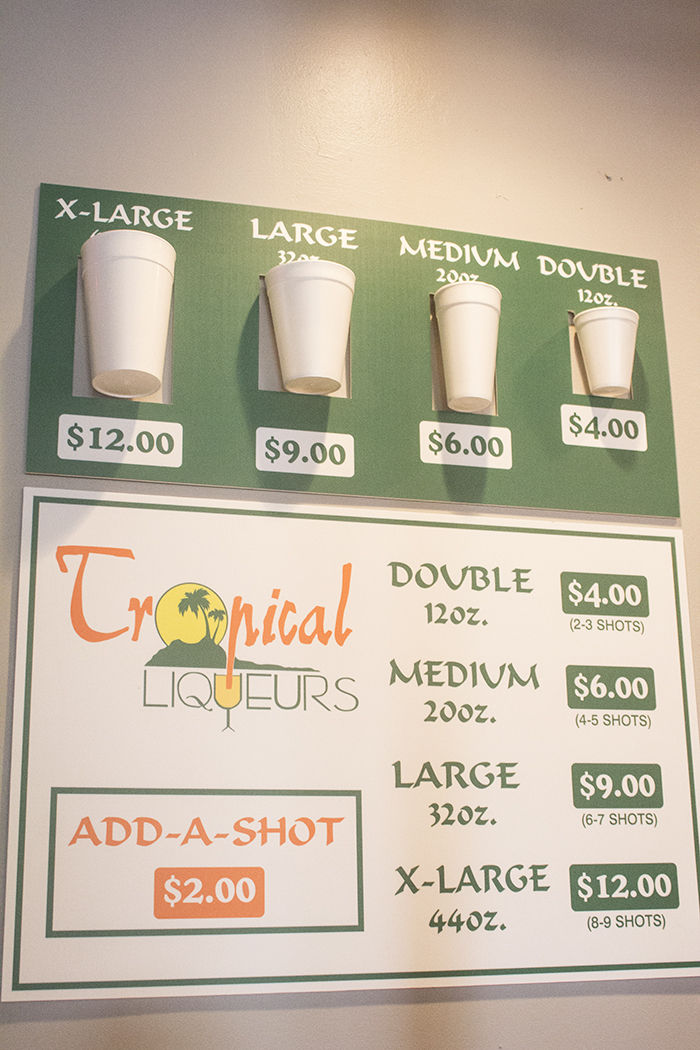 Size options at Trops include double through extra-large. 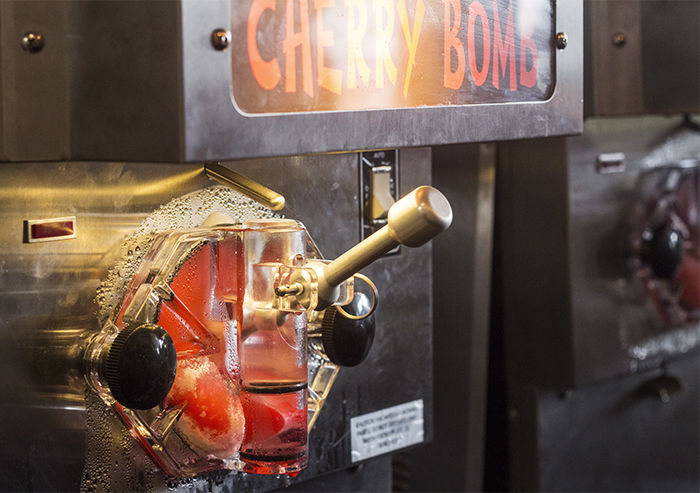 Frosty drinks are mixed up and ready to dispense daily. 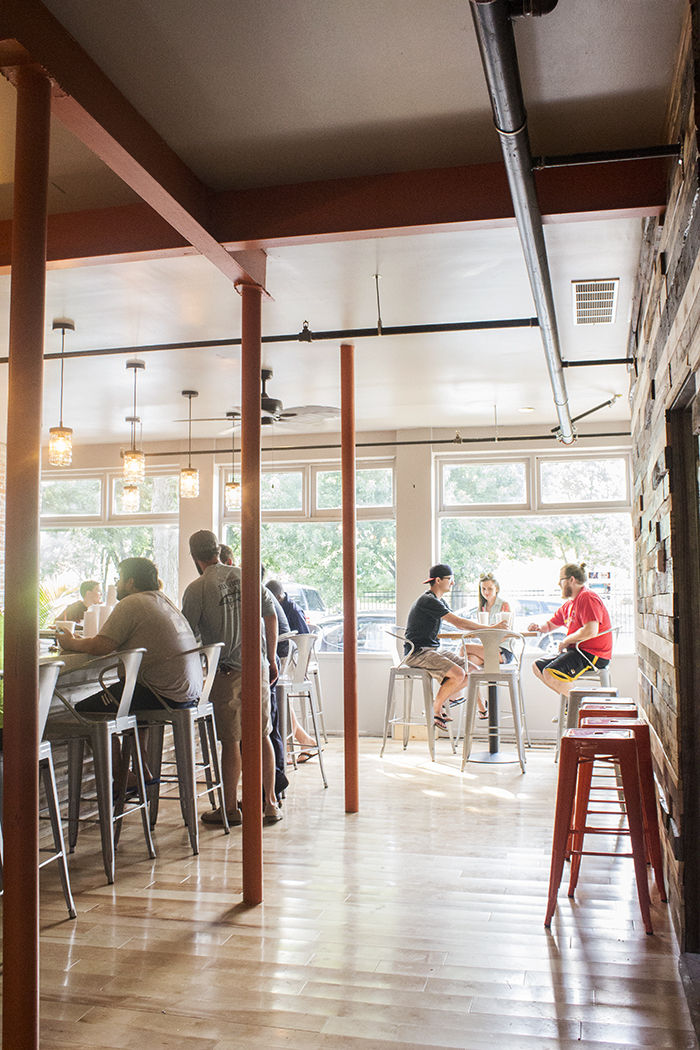 A look inside Trops' Soulard location. 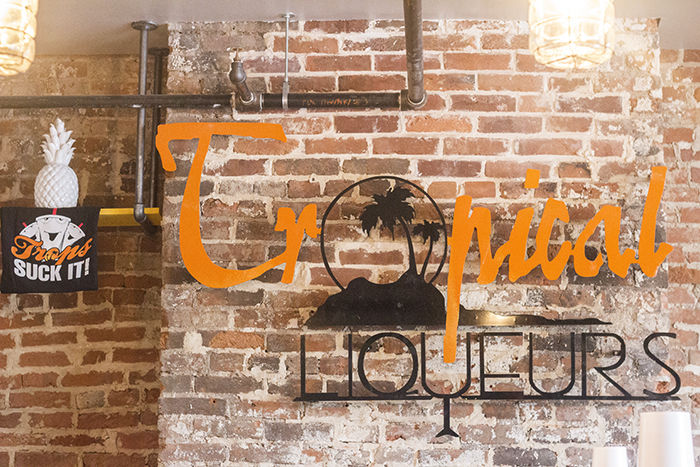 Select from a wide variety of blends behind the bar.

Tropical Liqueurs features several seating areas including a back patio.

Look for the light-blue brick building tucked away in the neighborhood, just blocks from the Soulard Farmers' Market.

Size options at Trops include double through extra-large.

Frosty drinks are mixed up and ready to dispense daily.

A look inside Trops' Soulard location.

Every day at Tropical Liqueurs, more than a dozen fruity, from-scratch cocktails get prepped in big buckets, ready for a spin in frozen-drink machines which later dispense the boozy slushies into big styrofoam cups. The company’s motto, “Where it’s always 85 degrees and sunny,” encapsulates the cool beverage concept, which originated in Columbia, Missouri.

In early August, St. Louis gained a new way to cope with rising temperatures by adopting the catchphrase firsthand. Tropical Liqueurs’ first St. Louis store opened in Soulard this month to a thirsty crowd that hasn’t slowed down since its debut. Managing officer Billy Thompson co-owns the franchise with his mother, Rebecca Haskins, as well as his siblings, Connie Vaughan and Brad Thompson.

Tropical Liqueurs, fondly referred to as “Trops” by those who know it, opened its first bar in downtown Columbia in 1985, moving into a larger space six years later. In 2001, owner Alan Dodd opened a second location on the south side of Columbia. In 2004, a third bar landed in Springfield, Missouri. According to Thompson, the St. Louis store is Trops’ first-ever franchise.

“Trops was a very integral part of my collegiate experience,” says Thompson. “Last summer, I graduated from Mizzou. My brother went to MSU and my sister went to Drury in Springfield. It was a very nostalgic place for each of us, and the more we talked about it, the more we identified it as a wonderful opportunity to pursue.”

The St. Louis location of Tropical Liqueurs fills the space that previously housed Gladstone’s, with a 2,500-square-foot interior. Aside from the bar, seating is available the second floor, on a back patio and via picnic tables set up in a grassy lot beside the building. The interior features rustic exposed brick, natural wood and subtle, colorful accents from the facade’s trim to its chairs.

“The original Tropical Liqueurs was inspired by New Orleans, so that, to us, ties into Soulard,” Thompson says. “The neighborhood has such a great, laid back vibe. We want everyone to come in and feel like they’re on a retreat here and couldn’t be happier to be a part of the community.”

Sizes start out with a 12-oz “Double” (with two to three shots) and go all the way up to a 44-oz “X-Large” (with eight to nine shots). Additional shots are also available for a couple bucks a pop. Beer and daily dollar-off frozen-drink specials are also available.

An option not typically available at the other locations of Trops is the Voodoo Brew, featuring banana liquor, vodka, sloe gin, banana purée and lemonade. According to Thompson, flavors will rotate, including new St. Louis-themed flavors for the Cardinals and the Blues. Expect game-day audio and college athletics to be a staple of the ambiance.

Tropical Liqueurs’ Soulard location is currently Monday through Friday from 11 to 1am, Saturday from 10am to 1am and Sunday from 11am to midnight.

Whether cocktail-inspired or beer-infused, scoop shops across the region are having fun with creative boozy ice cream flavors.