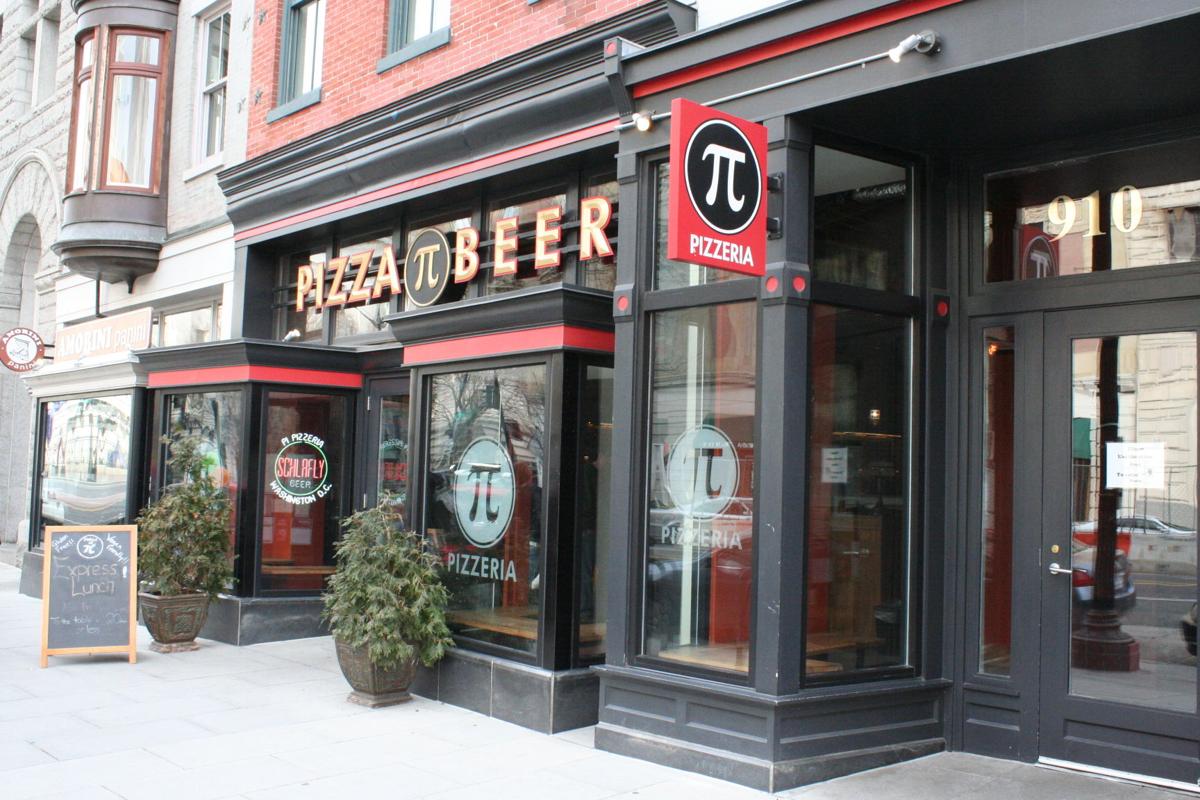 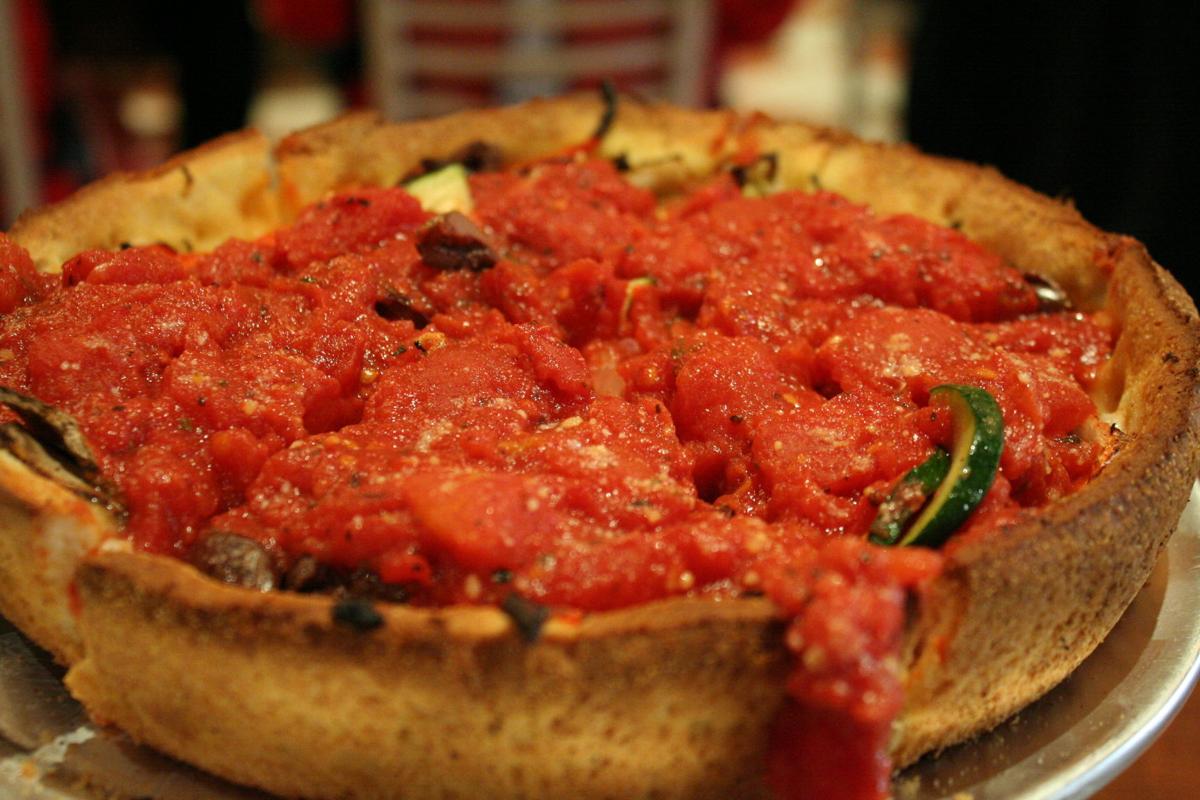 The interior is different, but the pizza is still the same. 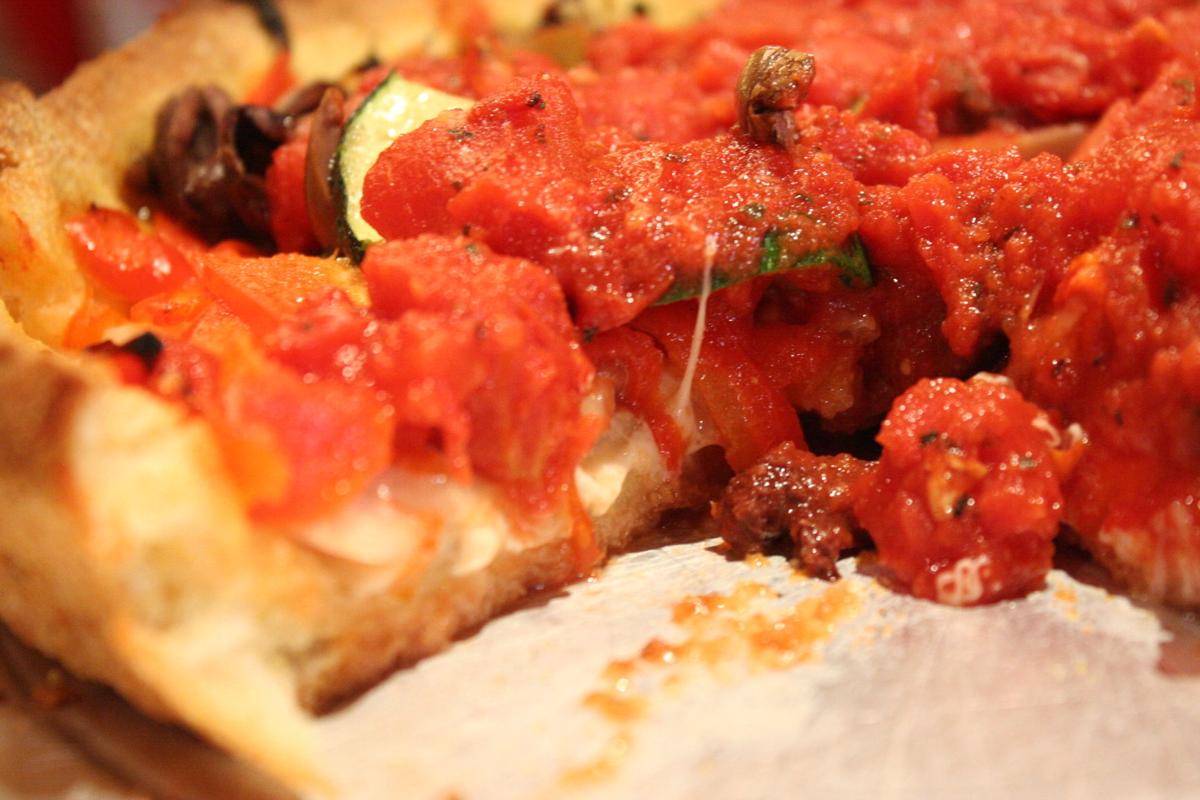 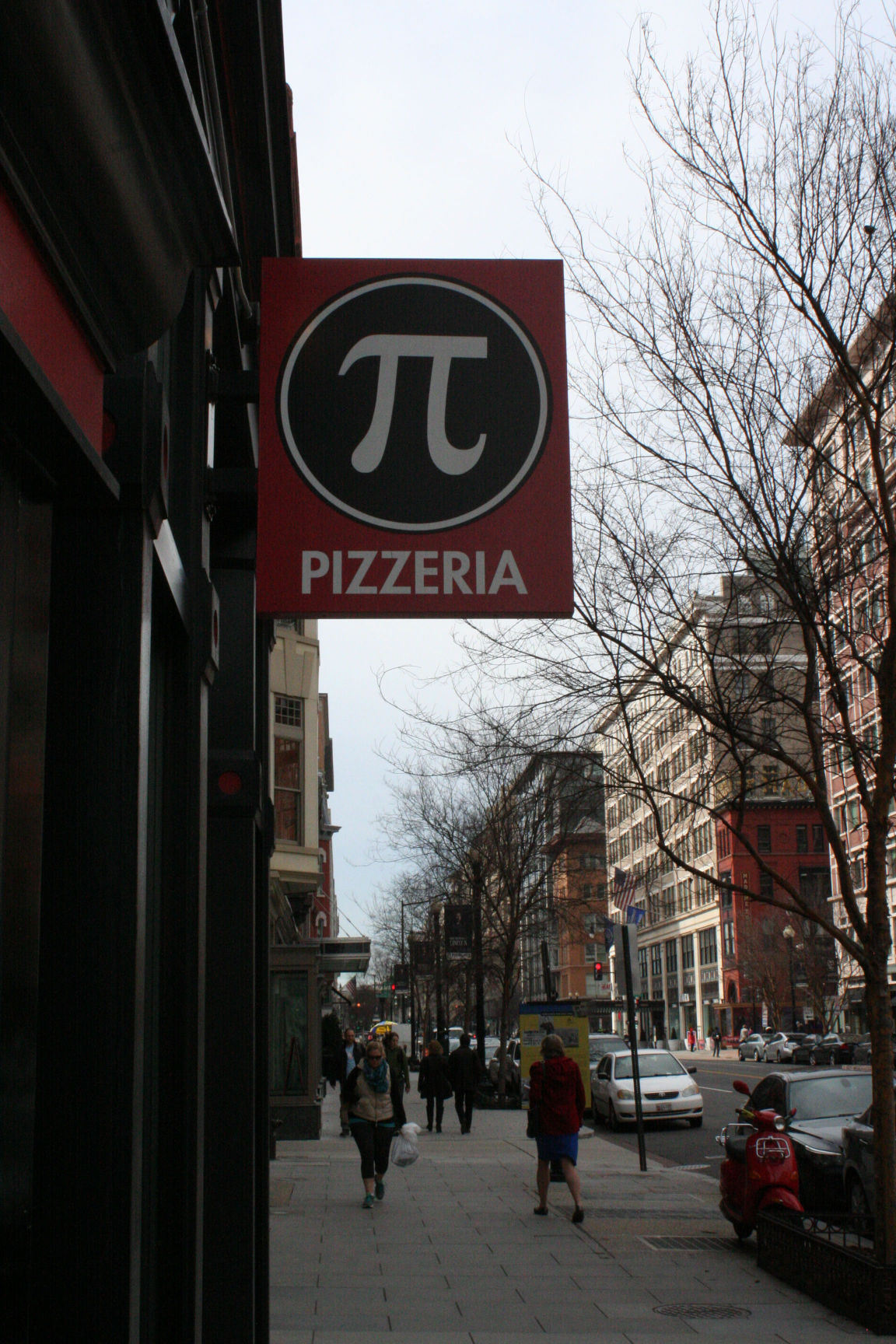 From the outside, the D.C. location looks utterly familiar. On the inside, though, some things have changed.

With five St. Louis area locations, Pi Pizzeria has become a local favorite. But our baby is growing up: The first Pi outside St. Louis opened in D.C. in 2011 after Obama’s much-publicized campaign endorsement led to Pi cooking for him at the White House. In recent months, Pi opened a location in Cincinnati and plans are in the works for a Miami Beach rendition, Piami, as well.

As Pi expands, will its identity go the course of St. Louis Bread Company? Most people outside St. Louis have no idea Panera is a St. Louis thing. Or will it be more like Imo’s – a pizzeria that would scream “St. Louis” even if it was located in Shanghai?

We recently visited the D.C. Pi to see how strongly its St. Louis roots were on display. Here are five observations.

5. It’s near a hockey arena, but this is no Blues bar.

We started things off on the wrong foot. Wearing Blues gear, we strategically arrived on a Sunday afternoon during the first period of the team’s highly anticipated showdown with the Blackhawks. The D.C. Pi is a few blocks from the Verizon Center where the Capitals defend home ice. Later that afternoon, the Caps hosted the Flyers in what was expected to be another excellent matchup, and Pi was filled with fans of both the Flyers and Caps for their pregame meals.

We asked the hostess if we could have a seat where we could see the Blues game. “Who are the Blues? Are they playing the Caps?” was the disheartening response. She then asked the bartender, who replied, “No, we don’t have that on.” Our St. Louis hearts fell when we saw that, even with plenty of hockey fans at the bar, the televisions were tuned to the NBA on one screen (not even the local Wizards, but the Los Angeles Clippers vs. Oklahoma City Thunder) and soccer on the other.

Like each of the restaurants in St. Louis, the interior is beautifully designed with interesting, simple touches. But here, the décor centers around a Washington, D.C. theme: most notably the red-white-and-blue color pallete in the dining room.

3. But some server T-shirts still have local pride.

Some of the floor staff wore shirts with “Pi Pizzeria St. Louis, MO” emblazoned on the back. It wasn’t everybody, but it was still a nice shot out.

Of the 22 beers on draft, only three were from St. Louis. All were Schlafly. The rest of the beer list is heavily East Coast-influenced, with D.C., Virginia, Pennsylvania, New York, Delaware and Maine all represented. Meanwhile, while local startup Clementine’s is the ice cream served at St. Louis-area locations, Maryland based Moorenko’s Ice Cream is on offer in D.C.

But this might be more of a distribution thing than a snubbing of local favorites: Few St. Louis breweries other than Schlafly have extensive enough distribution networks to sell beer in the District of Columbia. And Clementine’s is still super young – its first brick-and-mortar shop hasn’t even opened in Lafayette Square, though that should be happening soon. In time, who’s to say we won’t see Urban Chestnut on the taps and Clementine’s boozy treats on the dessert menu?

1. St. Louis still owns the menu at Pi – and isn’t that what counts?

Forget what’s hanging on the walls. Forget, too, the beer. You don’t come to Pi for that. You come for the pizza – deep dish or thin crust, cornmeal dusted and incredibly tasty.

And here’s where St. Louis still reigns supreme. The menu appears much the same, even in D.C. Which means you can get your Billy Goat Chips. It means you can order a pizza named the Kirkwood, or the Hill, or Maplewood. And the barbecue sauce on the Delmar pie at Pi? Even in D.C., it’s still Pappy’s.

(Side note: If it’s called the Delmar, shouldn’t it have Salt+Smoke’s sauce? If it has Pappy’s sauce, shouldn’t it be called Midtown?)

The best thing about these names is that they make no attempt to pander to what people think they know about St. Louis. They’re not gimmicks like a “World’s Fair” pizza or “St. Louis Arch” pizza. Even with all of the coverage of Ferguson, I doubt anyone in the D.C. restaurant knew of nearby Berkeley – the namesake of the pizza we enjoyed. Knowing the back story feels like being part of a secret club.

And who wouldn’t want to join a club like this? Our deep-dish pizza was just as tasty as any Pi pizza we remember in St. Louis. Our disappointment in not being able to watch the Blues faded as we fell into the inevitable “one more piece” mistake.

Pi Pizzeria Introduces the Pi Stick for Pizza On the Go

Pi Pizzeria has unveiled a new dish called the "Pi Stick," a wrapped up pizza to-go.

When Chris Sommers and Frank Uible launched the first Pi Pizzeria on Delmar Boulevard in 2008, the entrepreneurs were already thinking about e…

The interior is different, but the pizza is still the same.

From the outside, the D.C. location looks utterly familiar. On the inside, though, some things have changed.