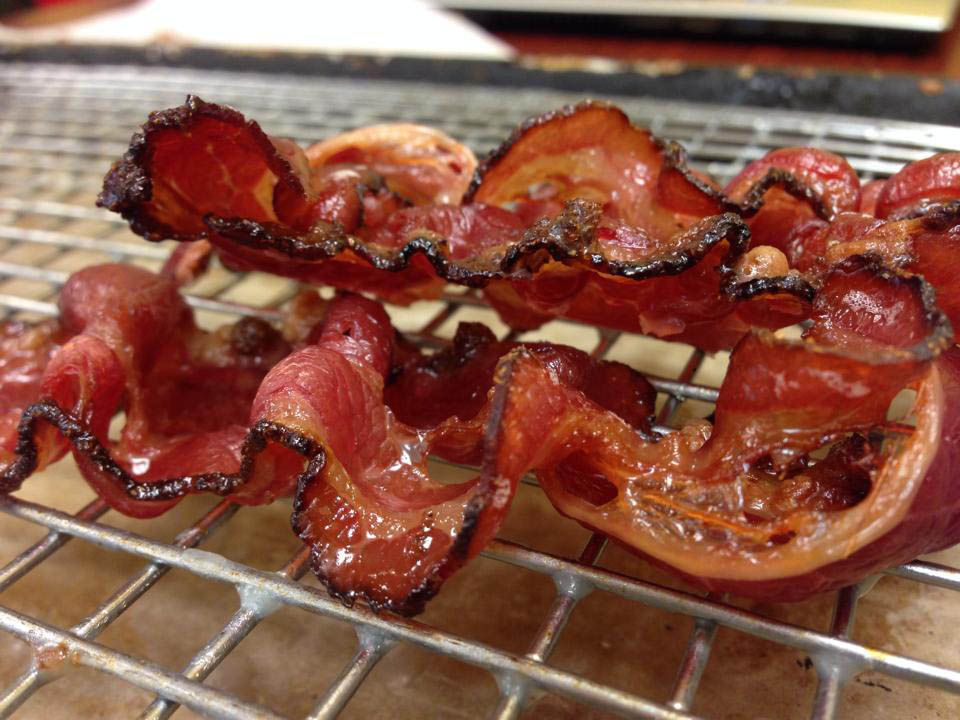 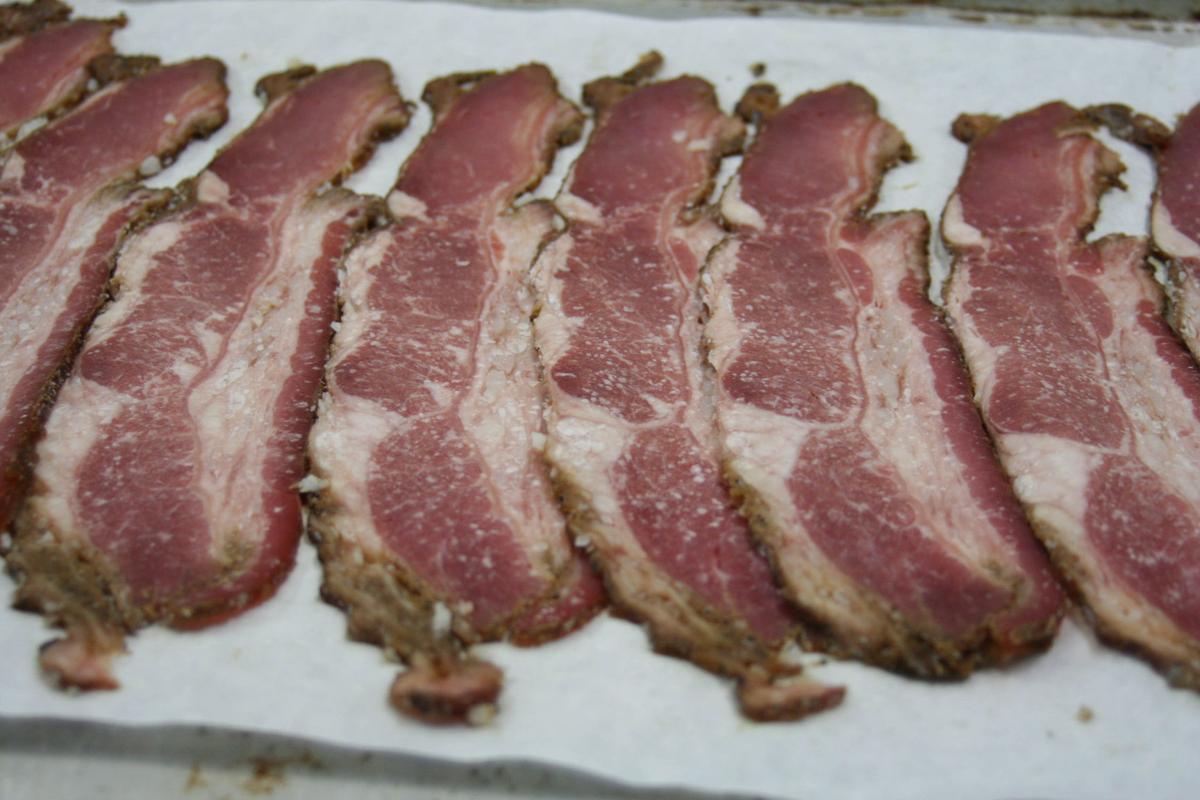 Schmacon looks remarkably like its pork counterpart, even before it's been cooked. 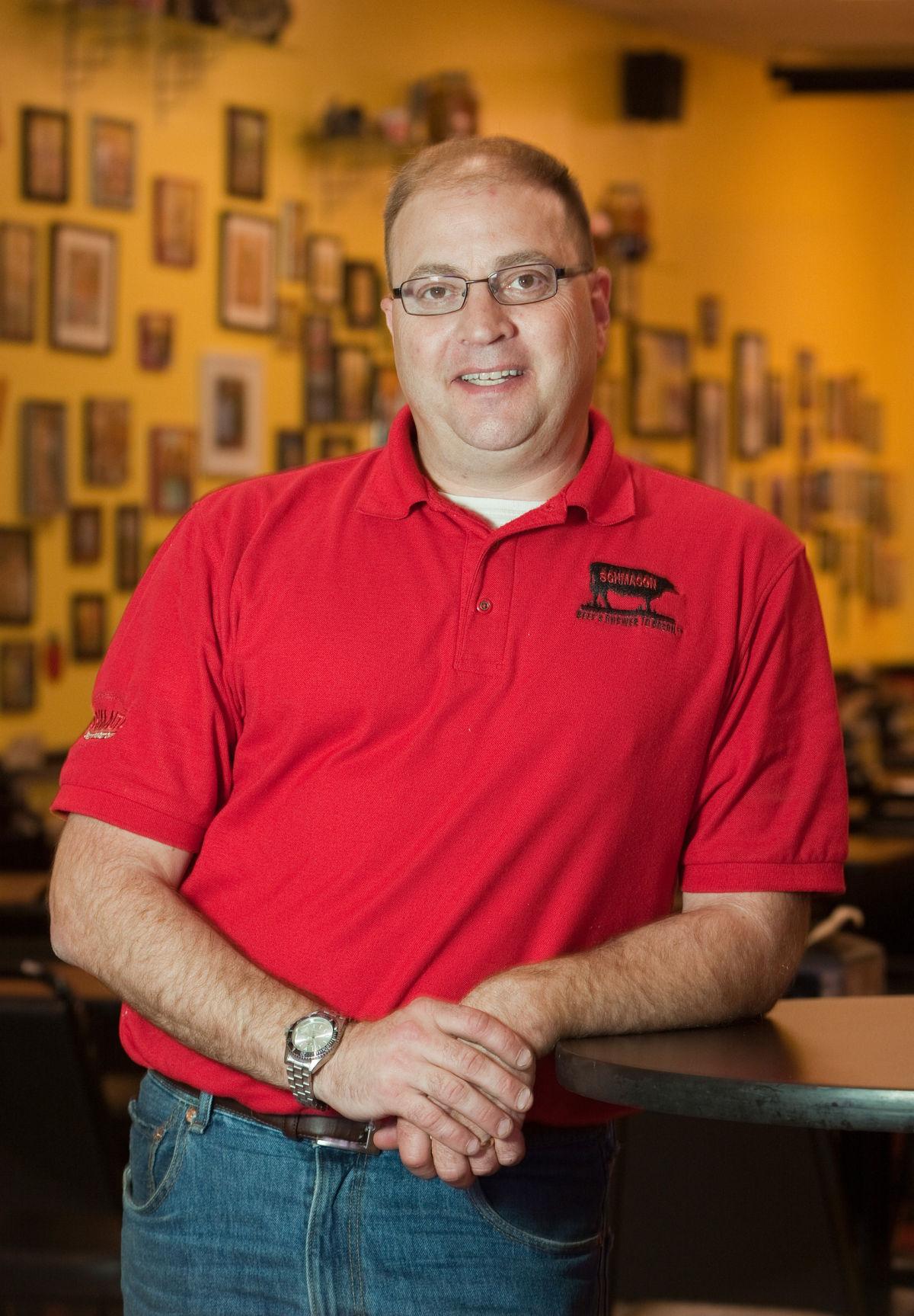 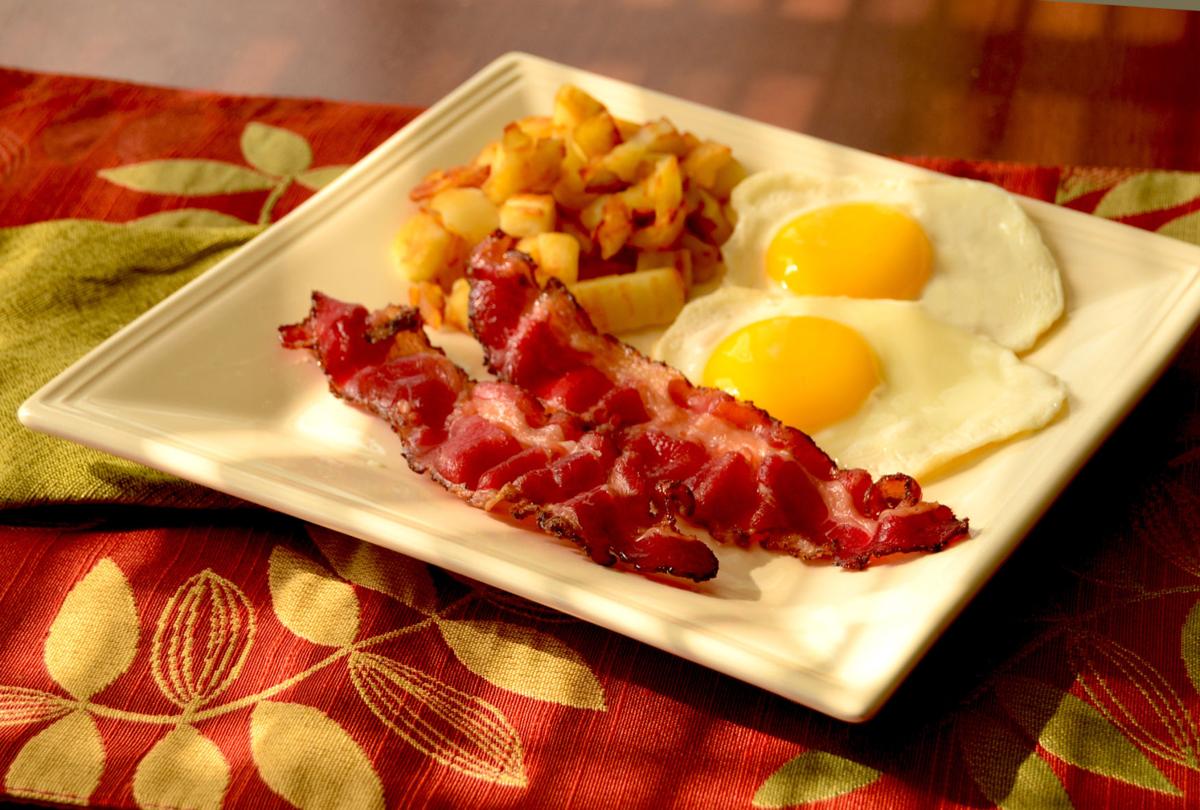 Schmacon and eggs: Your eyes might not notice the difference, but schmacon is lower in sodium and higher in protein. 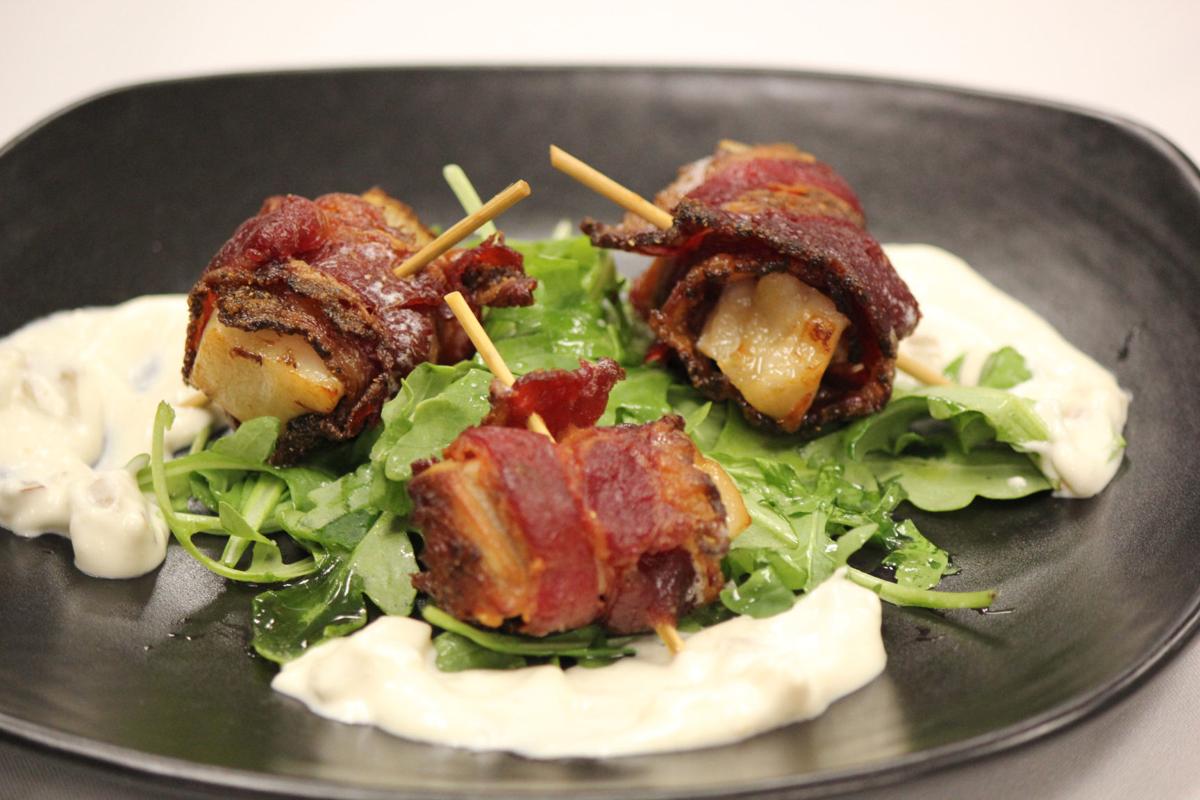 Forget dinner. Beef could be what's for breakfast — if Howard Bender has anything to say about it.

A St. Louis native who owns a Jewish deli in the Chicago suburbs, Bender began experimenting with a beef-based alternative to those crispy strips of pork about three years ago. And he's convinced that his creation, Schmacon, doesn't just blow turkey bacon out of the water. He thinks it's even better than the original.

"It's lower in fat, calories and sodium than ordinary pork bacon," he says. It's also quicker and easier to prepare – heated in the smokehouse until it's almost fully cooked, Schmacon just needs to be crisped before serving once it's in your kitchen.

And it tastes great, too. "When it gets into consumer hands," Bender promises, "those people will be asking their grocer, 'Can you stock Schmacon?'" Schmacon and eggs, Bender believes, could become as ubiquitous in the morning as, well, eggs and bacon.

Schmacon is cut from the muscles in a cow's belly, using some meat previously relegated to use in ground beef. It took six months to figure out just the right cut.

Ironically, after that, the secret to giving it that crispy, salty taste came in honoring its, well, beef qualities. "I'm not the first guy to have beef bacon on the market," Bender says. "But most are manufactured in the same fashion pork bacon is made." That made no sense to Bender. He started from scratch.

The result was a huge breakthrough. The first food scientist he showed it to was immediately enthusiastic. "I think you have something bigger than you know," he pronounced. The National Restaurant Association gave Schmacon its 2014 Food and Beverage Innovations Award.

"We rolled it out to food service first, because I knew I could explain it to a chef," Bender says. "Restaurants love it." Research and development kitchens for the big chains are testing it out for their menus; a local university is giving it a try for its food service as well, intrigued by the nutritional benefits for student athletes.

The one place you can't get Schmacon just yet is your local grocery store. But that's about to change.

This week, Schmacon launched a Kickstarter. The financial goals are humble — just $50,000, to help with eye-catching packaging and a better slicer.

The real goal is to get Schmacon in the hands of enthusiasts. Bender & Co. intend to have the USDA-approved label in one month, and then be ready to ship 10,000 to 15,000 pounds of Schmacon weekly by mid-April. They hope their Kickstarter supporters will serve as people on the street, spreading the word. "Grocers really listen," Bender says. "They're all looking for innovative products."

Born and raised in Chesterfield, Bender graduated from Parkway Central in 1985. Although he left for college at the University of Wisconsin, his family has deep roots in the University City area, and many members still live in St. Louis.

After years working for Sysco, Bender opened his deli, H.P. Schmaltz & Co. in Naperville, Illinois, ten years ago. "I built a Jewish deli where the density of the Jewish population is lowest anywhere in the region," he says, laughing. "The highest number of churches per capita anywhere in the country is in Wheaton, Illinois — and that's two blocks from my store!"

But business at H.P. Schmaltz has still been booming, with a high percentage of Gentile customers. And that taught Bender an important lesson. He isn't marketing Schmacon as a Jewish product (after all, it isn't even kosher). He's marketing it to everyone, because he knows it's good. It works for people who don't eat pork, but it also works for people who want a healthier alternative for other reasons, or just like the taste.

"I'm thrilled there's a Jewish community that finds positive attributes to what we're doing," he says. "That's great. But that's not only who we're serving. Maybe these are people who just love beef."

For more information, check out Schmacon's Kickstarter — and sign up to get some Schmacon products delivered to you. Pledge $30 or more, and they'll send you Schmacon in a refrigerated pack.

The annual awards celebrate "excellence in editorial and design in the publishing industry."

Schmacon looks remarkably like its pork counterpart, even before it's been cooked.

Schmacon and eggs: Your eyes might not notice the difference, but schmacon is lower in sodium and higher in protein.