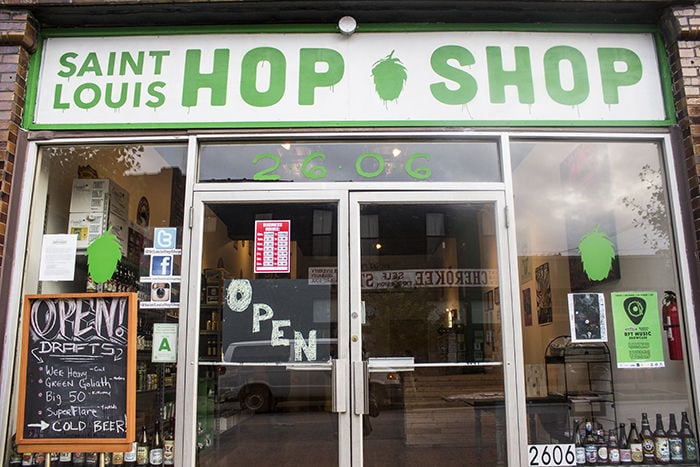 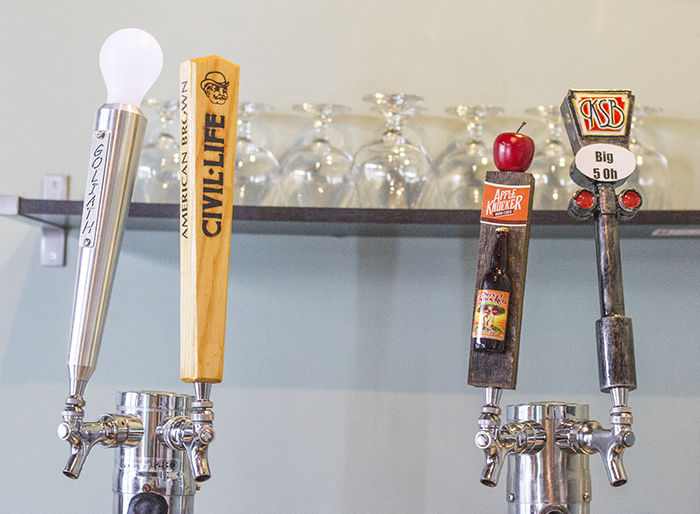 Saint Louis Hop Shop features a mini bar in back, with four craft beers on tap. 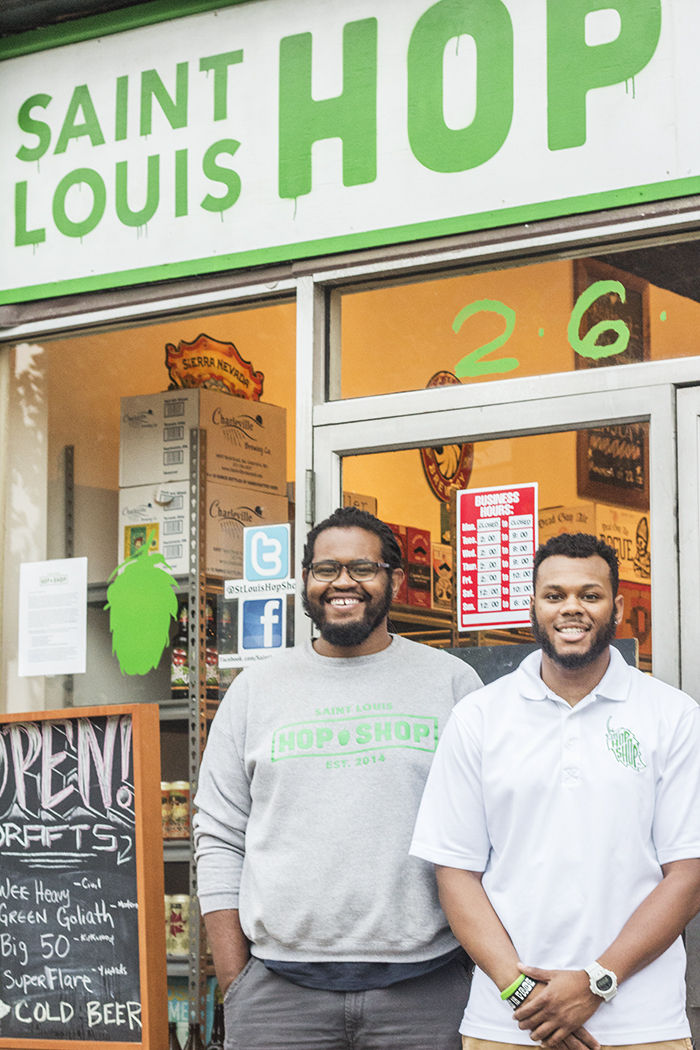 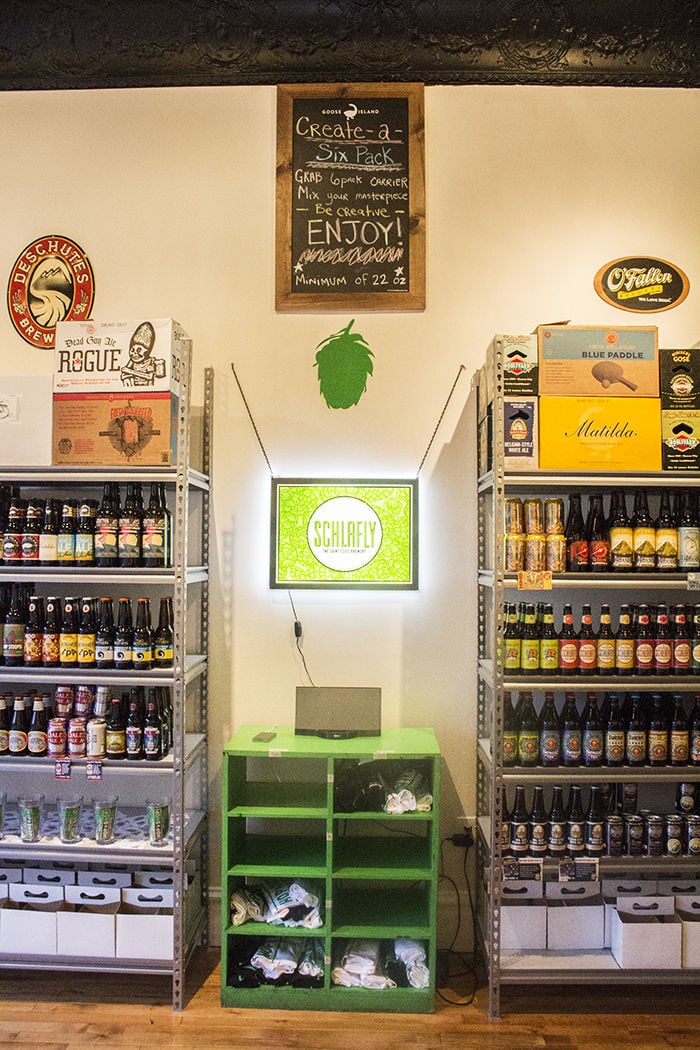 A look at the retail storefront. 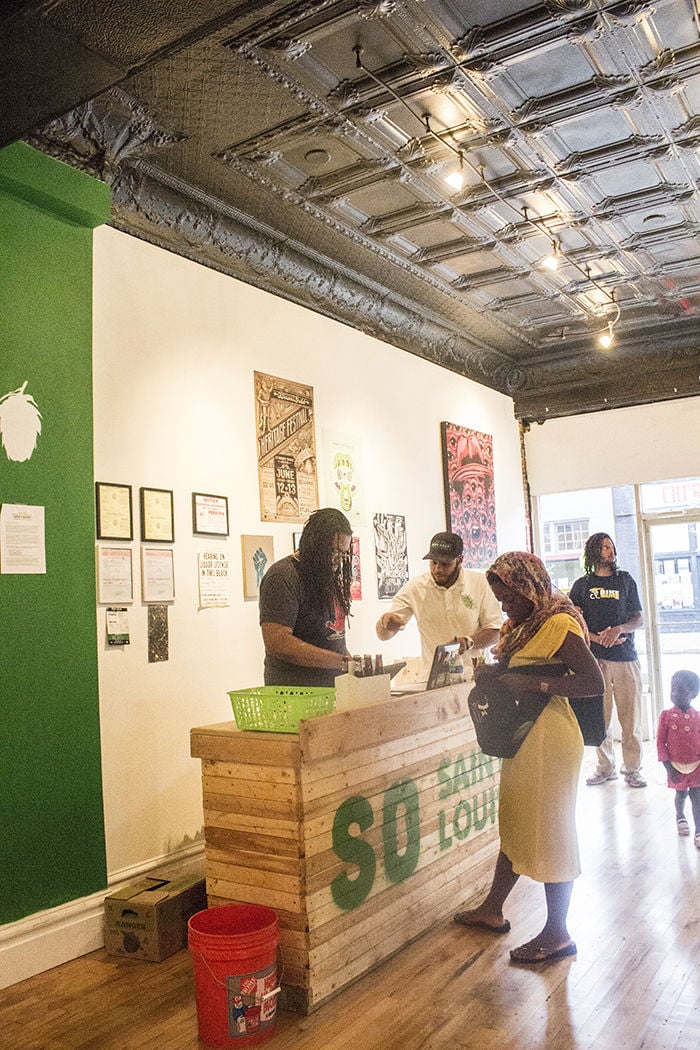 Simply wander in and grab some bottled or canned beers to go. 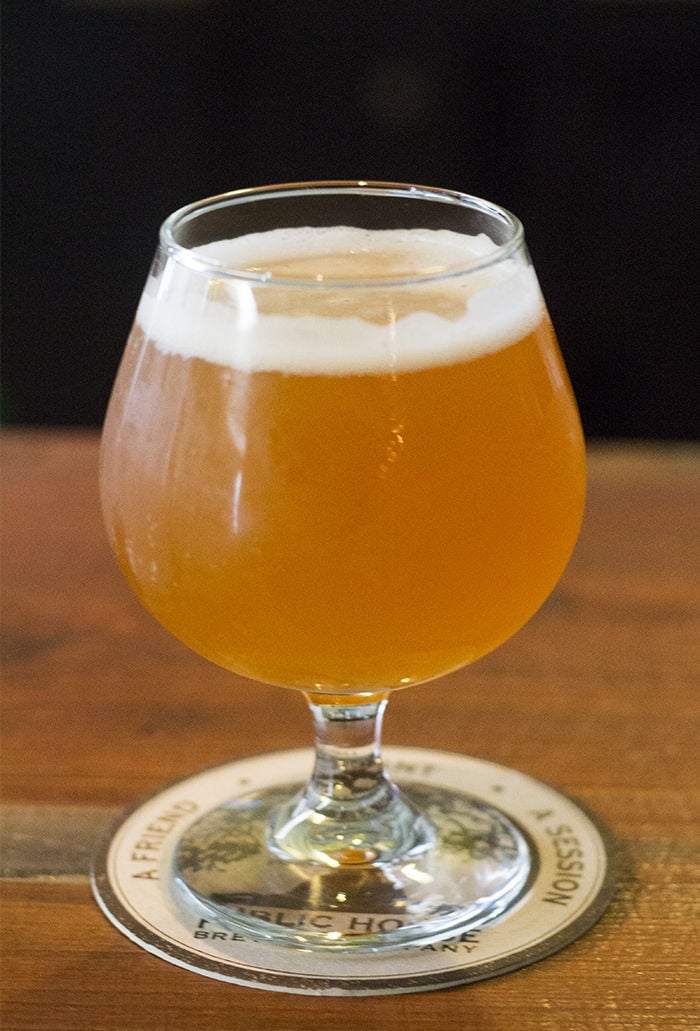 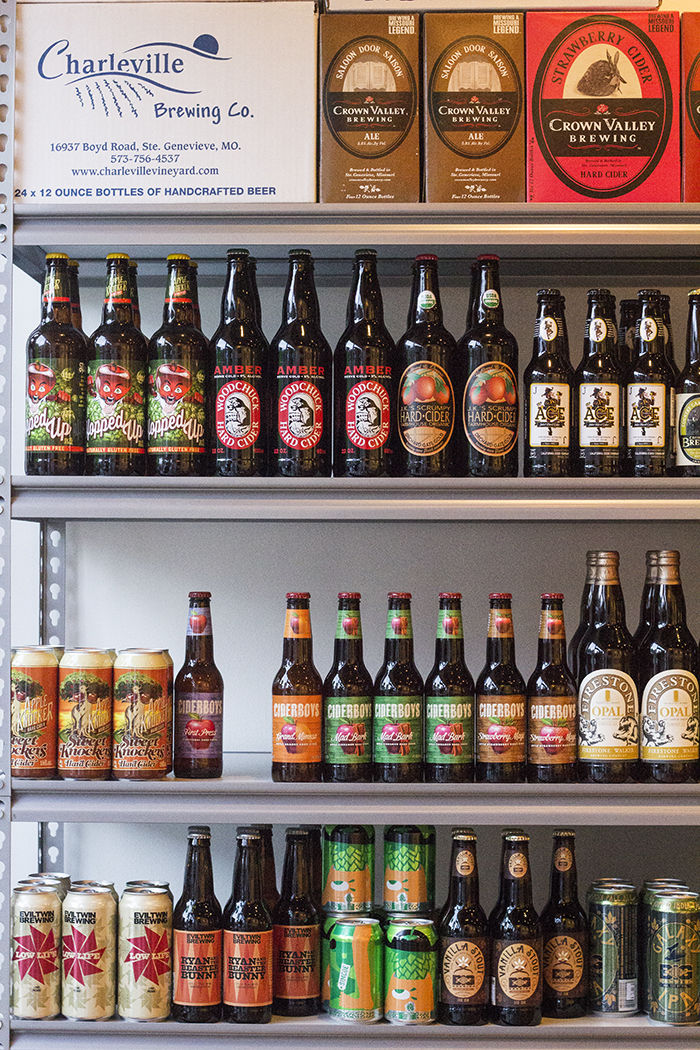 A look at some of the shop's selections. 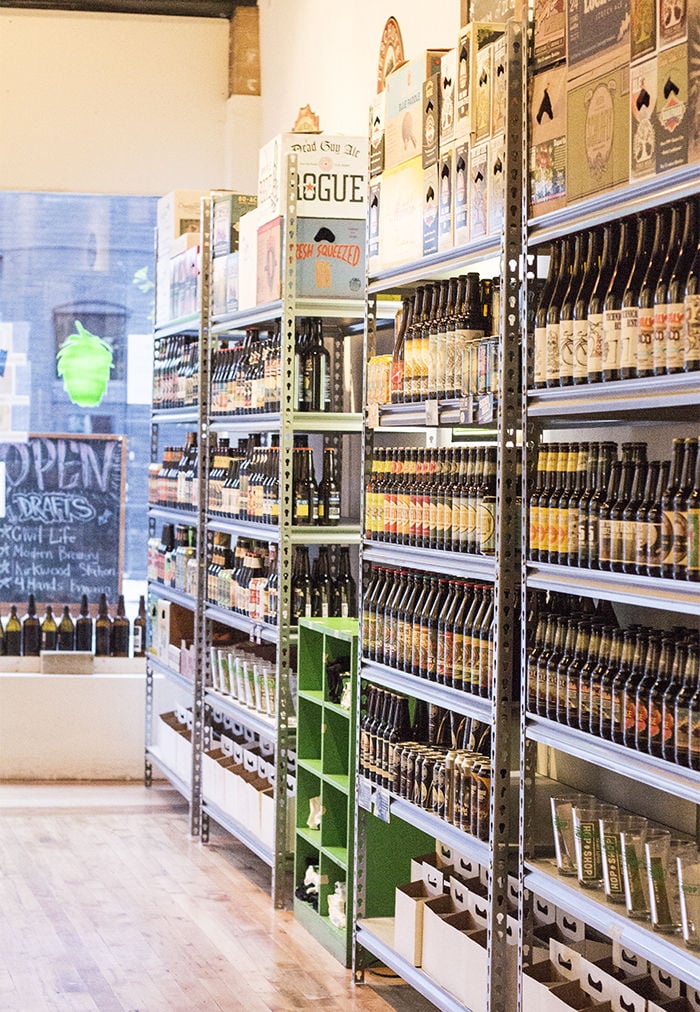 Build your own four or six packs. 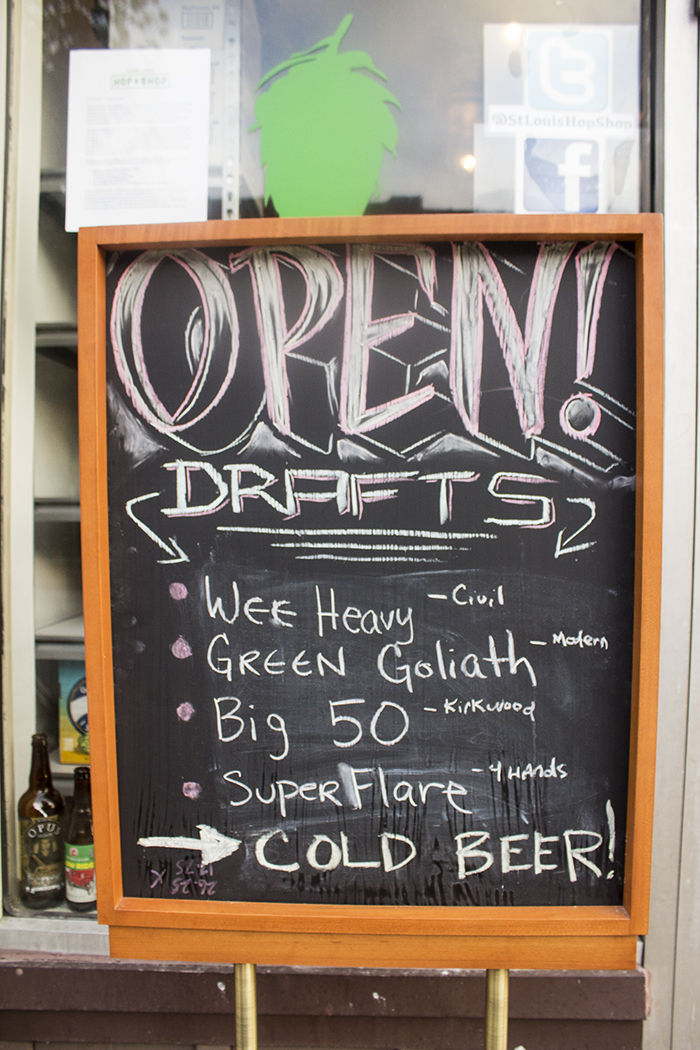 Check the signage up front to see what's on tap. 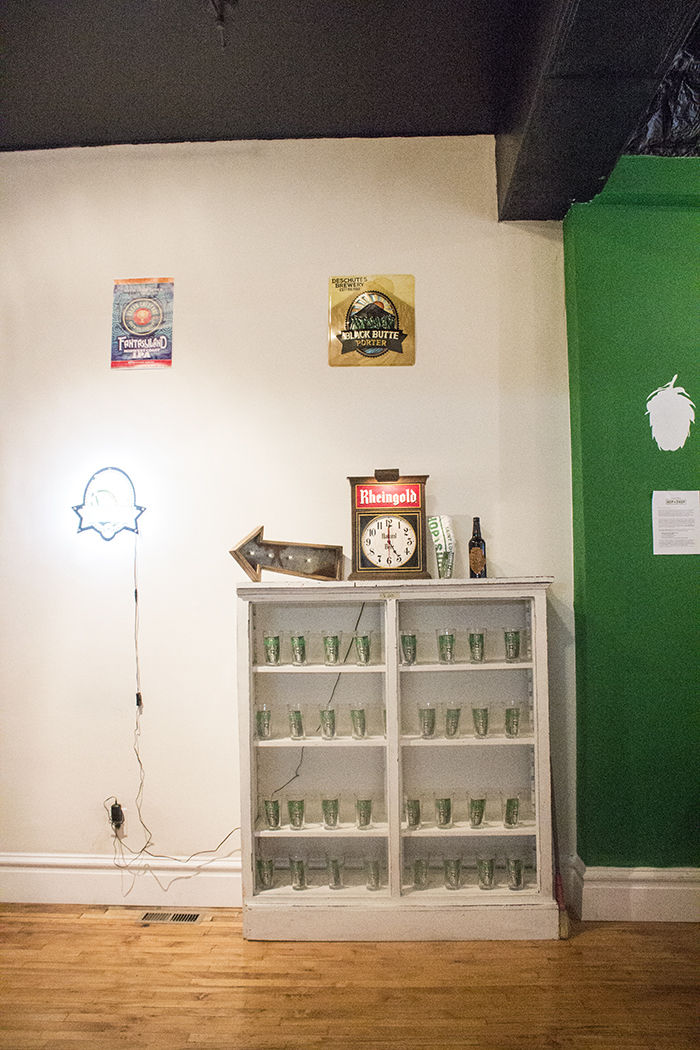 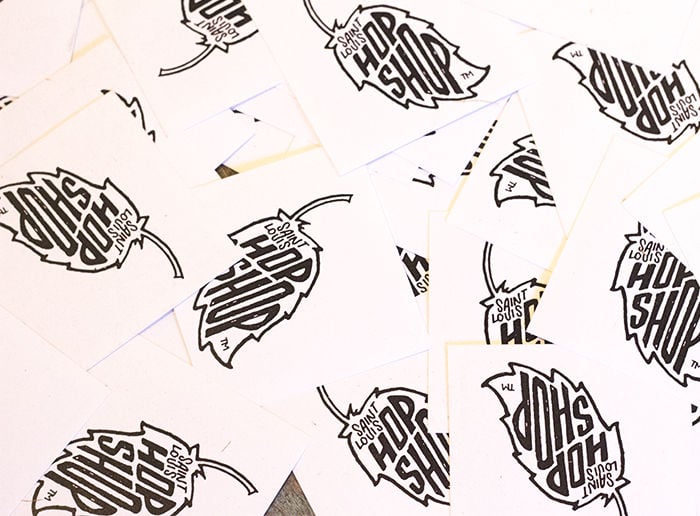 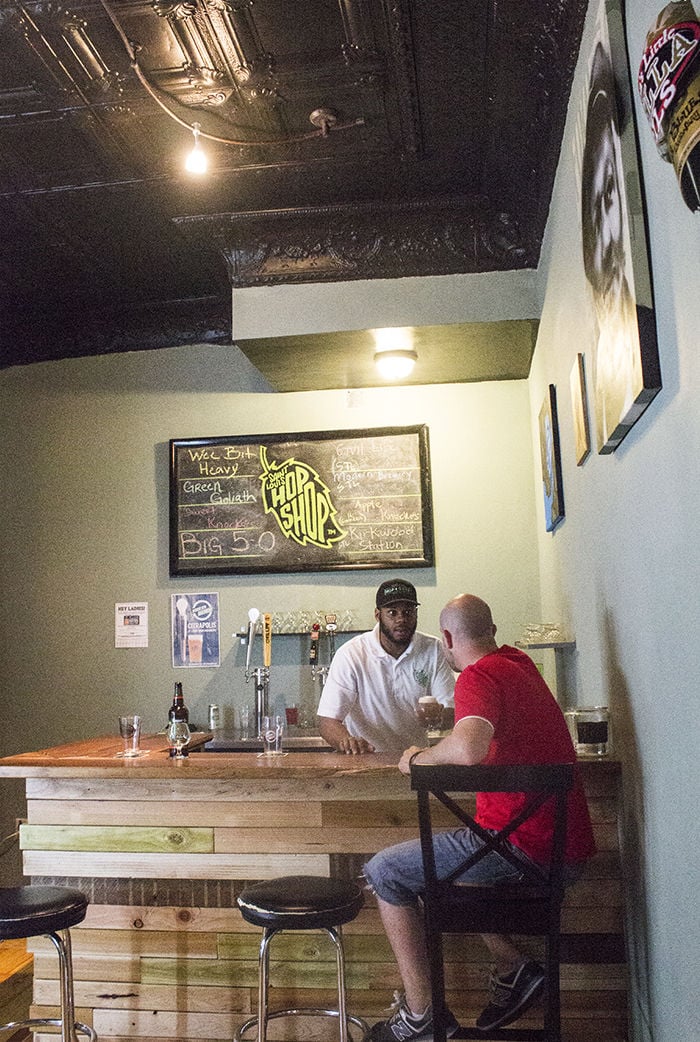 The bar was constructed by boutique fabrication studio Mwanzi Co.

Saint Louis Hop Shop features a mini bar in back, with four craft beers on tap.

A look at the retail storefront.

Simply wander in and grab some bottled or canned beers to go.

A look at some of the shop's selections.

Build your own four or six packs.

Check the signage up front to see what's on tap.

The bar was constructed by boutique fabrication studio Mwanzi Co.

On May 22, Saint Louis Hop Shop opened its doors quietly in South City, adding a new retail storefront to the ever-growing list of independent Cherokee Street businesses. The bottle shop’s mission is “to provide the City of St. Louis with the best the world of craft beer has to offer,” with an emphasis on highlighting homegrown local brands. How many brews does it carry, exactly?

“We get this question all the time,” says Justin Harris, who co-owns the business with fellow North City St. Louis native Ryan Griffin. “We’re always getting new ones. It’d be very hard to put an exact number on it, but there are upwards of 100 different styles and varieties from different breweries. We try to do our best and get in things that customers are looking for.”

At Saint Louis Hop Shop, Harris puts his retail and customer service background to good use, happily assisting visitors with their selections. He grew up working at his family’s North County small-engine repair shop, honing one-on-one communication skills from an early age. Harris moved to Memphis for five years for college and upon returning, decided to turn his love for beer into a new career.

“When I moved back, there was a just a huge array of different local breweries. Living in North City, it was just a hassle if we wanted good beer to have to drive a good distance. We just wanted to have somewhere in the city that really put an emphasis on not only the amazing local beer that’s made here, but good beer in general,” he says.

“We enjoy good beer and that’s not always necessarily the most expensive beer or the most exclusive or rare beer,” he adds. “What I learned meeting with the different brewers in town is that they’re all passionate about the product they make. That absolutely comes across when you crack that bottle open and share it with your friends. You can taste that level of pride, that sense that they stand behind this because it’s something they actually crafted.”

In its approximately 860-square-foot space, Saint Louis Hop Shop offers build-your-own four and six packs in front as well as a smaller selection of chilled bottles and cans in back. A small bar in the rear room contains a custom bar built by Mwanzi Co., a local boutique fabrication studio that works wonders with reclaimed wood. Here, choose from four taps including breweries that don’t typically bottle or can such as the Civil Life and Modern Brewery.

From the retail storefront, visitors will find products including everything from Schlafly Beer and Kirkwood Station Brewing Company to O’Fallon Brewery and Charleville Brewing Company. Harris hopes to someday stock something from every local producer. Until then, he and Griffin will continuing meeting with different representatives while trying to gain a better understanding of what the evolving neighborhood desires.

“We’re a local company and we love to support other small companies,” says Harris. “As we grow, we plan on doing some really cool things. We wanted to make sure that we push the culture — not only of beer, but the culture of St. Louis. I can see it changing. It’s more vibrant, and we want to be part of the growth of the city.”

Craft brewing in the Midwest began with Free State Brewing Co., and continues with newer breweries like 4 Hands and Urban Chestnut today.

The craft-beer bottle shop is moving just around the corner.