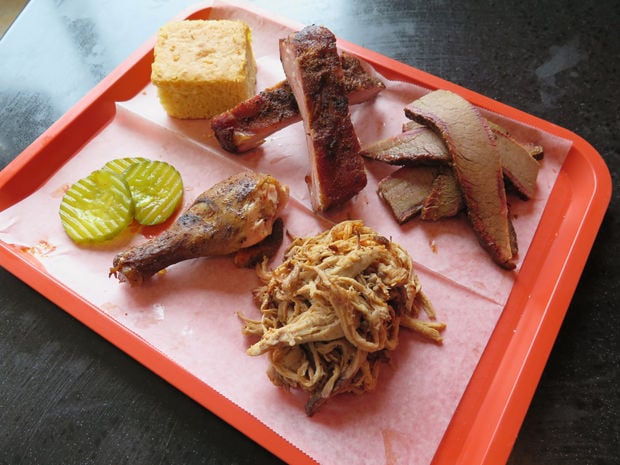 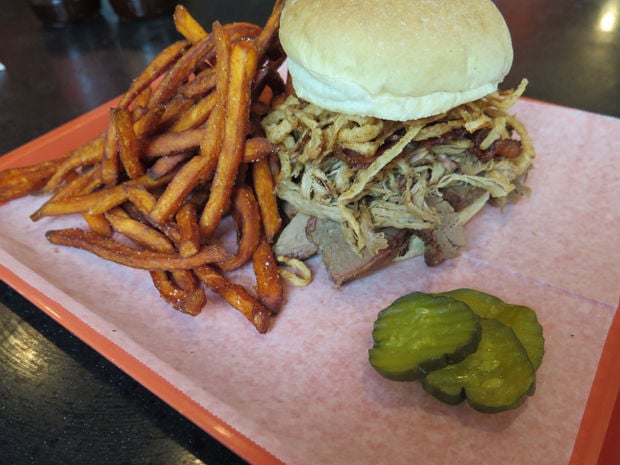 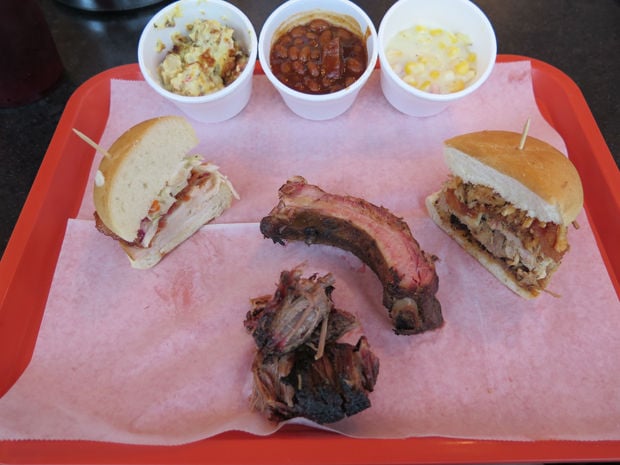 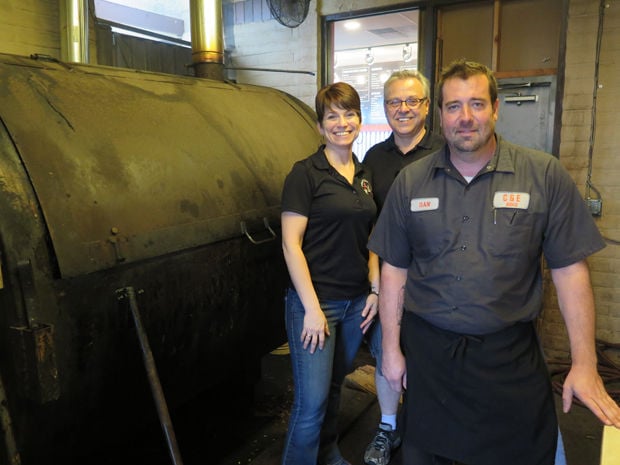 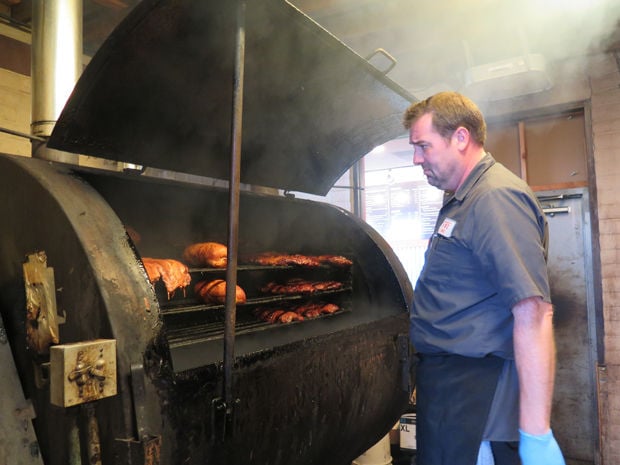 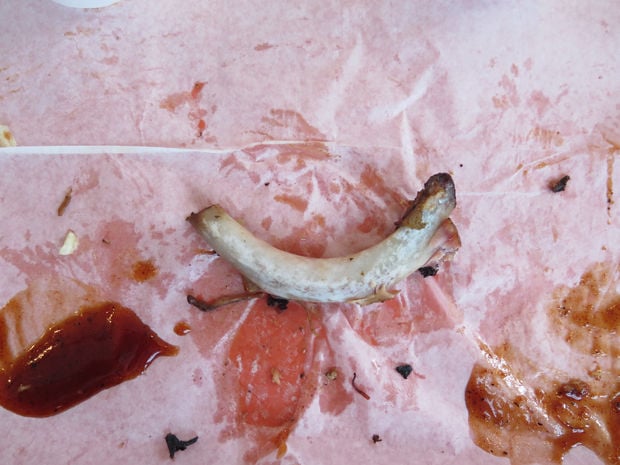 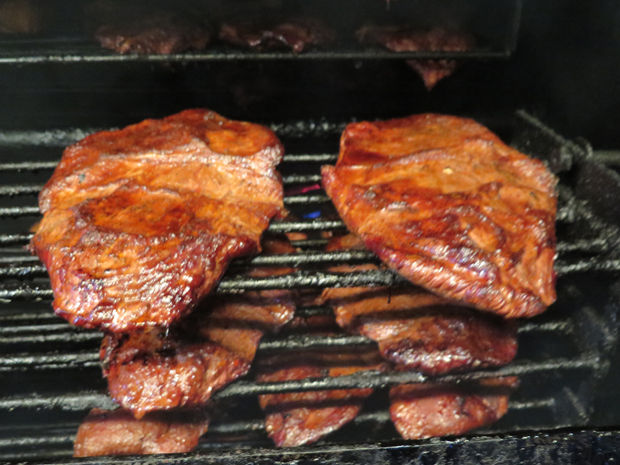 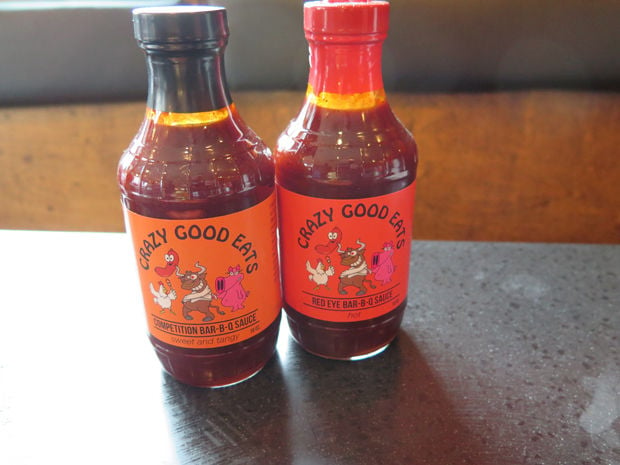 The Crazy Good Eats team believes that the meat has ample flavor and leaves it to guests to add the amount of sauce they wish, if any. 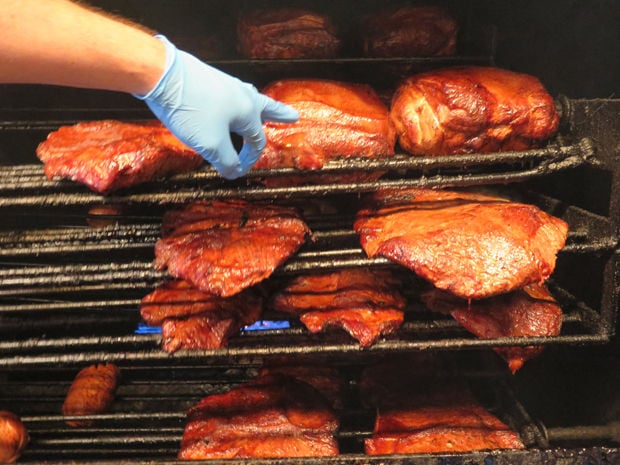 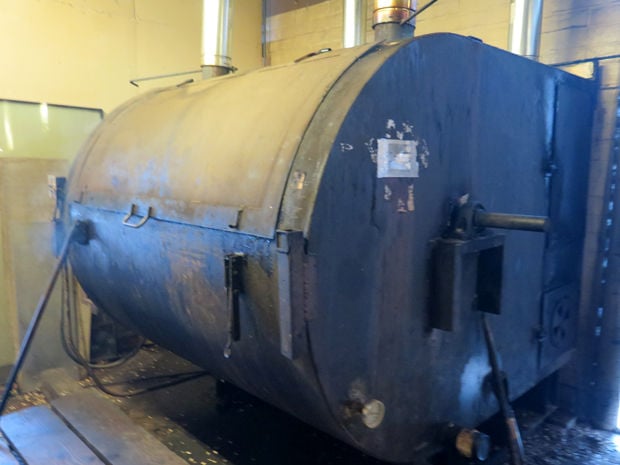 For a taste of something different, try the bratwurst and jalapeño cheese sausage made in-house. The restaurant makes 100 pounds of sausage each week. The latter is mild, slightly greasy and a little bit spicy. Other deviations from standard barbecue fare include creative sides such as loaded potato casserole and cheesy corn. Burnt end BBQ beans, red potato salad and creamy coleslaw are on hand for more traditional tastes. The sweet potato fries in particular are hard to pass up.

Lemay hails from Fitchburg, Massachusetts, 47 miles west of Boston. His deep, gravelly voice bears a telltale accent that announces he’s not from the golden fields of Kansas. He still has Boston Celtics season tickets and remembers legendary basketball player Larry Bird shooting hoops and winning games. While he’s made the Midwest home, Lemay proudly shares a bit of his Boston area food culture.

“At the ballparks around Boston’s stadiums and arenas, there are vendors everywhere selling meatballs,” he says. “The Mad Meatball is our take.”

Lemay relocated to the Kansas City area for work at a large corporation. His wife, Maggie, used to work for him years ago. Now, the couple work together with Isbell to build on the local demand that Crazy Good Eats has generated in the community.

Before they opened the restaurant at the corner of 151st and Mur-len, they set up a tent in the parking lot and sold barbecue and smoked meats on a weekly basis. Customers began showing up early and forming lines to secure a sandwich or food to go. The sheer pounds of food that they prepared and sold continued to grow. They realized that it made sense to go whole hog and open a restaurant.

Back in the smokehouse, Isbell tends to the smoker fueled only by hickory wood. “I’ve tried apple wood, cherry wood, combinations of fruit and hickory, but hickory works best,” he says.

He slowly smokes brisket flats and points, slabs of baby-back ribs and other meats for five hours or more in a massive barrel-shaped rotisserie, removes some cuts, wraps them to seal in juices for tenderness, and returns them to the smoker to finish the process. Isbell takes burnt end trimmings and sears them on the grill to give them a desired crispy char.

Isbell shares a secret to the tenderness and moisture content of his smoked meats. He injects a scientifically developed phosphate brine into the meat that adds moisture but no additional flavor or seasoning. Besides smoke, the flavor on the meat results from an initial dry rub and a subsequent spice and herb rub “for color.”

When it comes time to chow down, orders of barbecue are served without sauce. The Crazy Good Eats team believes that the meat has ample flavor and leaves it to guests to add the amount of sauce they wish, if any. Current sauces include a sweet and tangy Competition Sauce and a Red Eye Hot Sauce soon to be followed by a thicker, sweeter Kansas City-style sauce in the works.

The new restaurant sells beer and wine for dine-in customers and will soon open a large patio for dining al fresco. Customers can also get quick service at the carry-out counter and a forthcoming drive-thru this fall for advance online and call-ahead orders.

When hunger for smoked meat and barbecue fires up, steer over to Crazy Good Eats. One of the restaurant's signature dishes, the Steer Crazy Championship Plate, combines two ribs, brisket, dark-meat chicken and pulled pork on a platter. Not surprisingly, it’s crazy good.

The Crazy Good Eats team believes that the meat has ample flavor and leaves it to guests to add the amount of sauce they wish, if any.