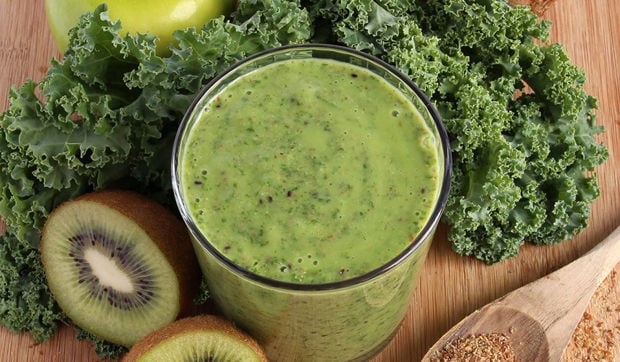 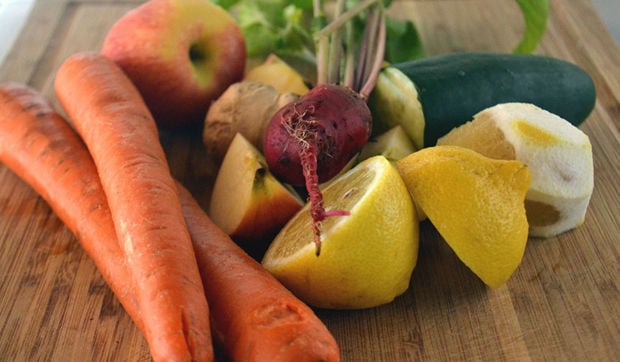 The vegetables are still in a whole form when ground into a pulp, so no nutrients are lost. 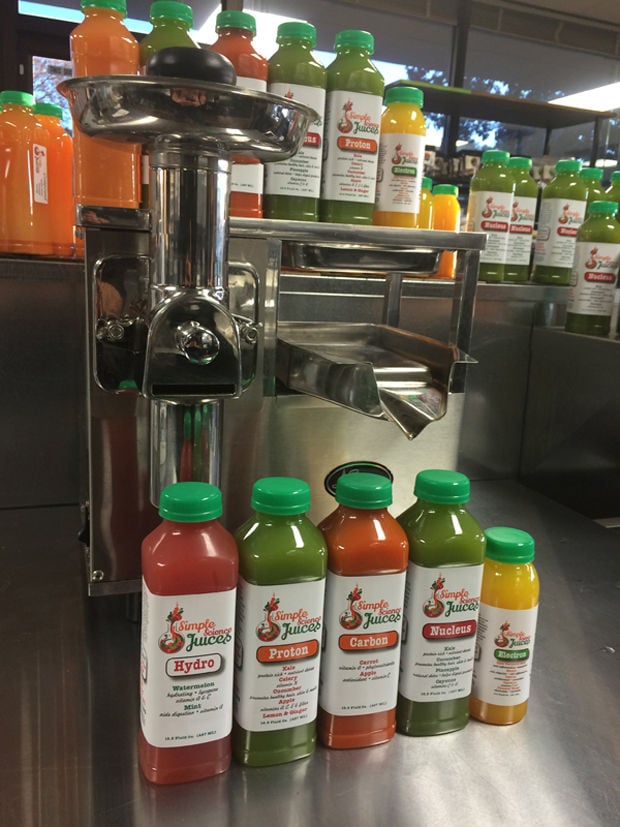 Each bottle of Simple Science Juices is carefully filled to the brim to cut down any chance of oxygen getting to the juice. 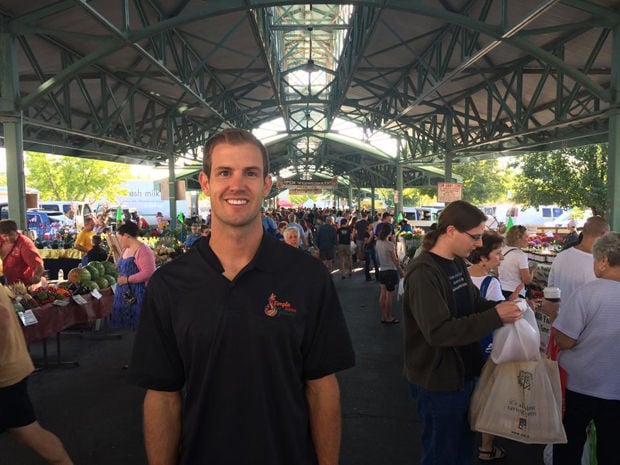 Professional soccer player Steve Spangler was sick and tired of being sick and tired from acid reflux, chronic sinusitis, chronic fatigue, allergies, ADHD and asthma. He found some respite, however, in cold-pressed fresh juices, which helped alleviate his health issues. That physical change inspired Spangler to launch Simple Science Juices, a subscription-based business that offers cold-pressed juices delivered for free.

Cold-press juicing refers to the process used to extract the juice from the fruits and vegetables. Commercial juice extraction uses either a centrifugal or cold press method. Centrifugal juicers spin a grinder fast, around 120 rpms, and send the pulp through a mesh sheet.

“This process adds heat and oxygen to the juice stripping away many of the nutrients instantly,” says Spangler. “Usually you'll be able to see a thick layer of foam at the top of the juice, indicating that it has been oxidized.”

By contrast, cold-press juicing uses a two-step process. First, it grinds produce into pulp. The vegetables are still in a whole form so no nutrients are lost.

“Then we take the pulp and put it on a hydraulic press that slowly applies 2,500 pounds of pressure on the pulp,” says Spangler. “This squeezes every last drop from the produce, giving you a greater yield from your produce and does not take away any of the beneficial nutrients.”

According to Spangler, juice extracted from a cold-pressed juicer will come out two to three times more nutrient-dense from the beginning and maintain nutrient density for several days. By contrast, juice from a centrifugal juicer will lose a majority of its nutrients within 15 minutes.

Spangler became a devout fan of cold-press juicing after experiencing a personal health transformation. At the time of his signing with MLS Sporting Kansas City, Spangler took several medications to relieve his symptoms. Those conventional medications didn’t address the root causes of his condition. He consulted many doctors who wanted to prescribe more medication.

“I was told these issues were something I would just have to deal with,” says Spangler. “In the off-season, I went home and my mom asked me to get a food allergy test done from her naturopath.”

He had resisted such testing since his high school years, unconvinced that his health was related to diet. The test results indicated that Spangler was sensitive to about 40 foods.

“The naturopath told me having this many items appear on my food panel was uncommon,” he says. “It showed that my body was so inflamed from chronic abuse (eating tons of fast food and other junk items in the grocery store) that it was pretty much rejecting everything.”

Spangler removed dairy and gluten from his diet and began to feel better. That difference prompted him to research diet and nutrition. He watched “Fat, Sick and Nearly Dead,” a documentary by Joe Cross that chronicled Cross’ journey as he consumed nothing but fresh fruits and vegetables through juicing for 60 days.

“He overcame many ailments and provided research about juicing and other dietary changes,” says Spangler. “I was hooked.”

Gradually, many of Spangler’s physical symptoms such as chronic sinus infections and respiratory problems began to resolve. His psychological and emotional attachments to various foods have been more difficult to shake.

“We have a deep psychological desire to consume bad foods,” says Spangler. “Whether it is due to going to comfort foods for stress reduction, which hard-wires our brain to associate poor food habits with stress reduction, or needing certain foods because of the artificial sweeteners that trigger the release of dopamine and make us crave more. These cravings kept coming up for years after I changed my diet. They still arise today although they are very mild in comparison to before I changed everything.”

Despite his personal challenges, Spangler remains an outspoken advocate of cold-press juicing and his products. Simple Science applies careful measures to ensure its juices offer maximum benefit. Namely, the company’s cold-press method distinguishes it from other brands that use high-pressure pascalization (HPP). The HPP process subjects juice to 58,000 pounds of pressure while submerging it in water around 4 to 10 degrees Celsius.

“Juices made through other pasteurization methods [than cold-press] like Naked or Odwalla should not even be considered juices,” explains Spangler. “They are loaded with artificial sweeteners, preservatives and cooked at high temperatures, which destroys all the benefits of the juice.”

“Proponents of HPP claim that this extends the shelf life of the juice to around 30 to 35 days and kills all the harmful bacteria found in fresh produce while preserving all the beneficial nutrients and good bacteria,” says Spangler. “To me, this does not make sense. In my opinion, you can not extend the shelf life of produce up to 10 times longer and keep the same nutritional integrity.”

He points out that the HPP process juice has to be formulated to take this kind of process. Juices with “deeply rich green formulas” and alkaline formulas will not fare well when produced by HPP.

“That said, the HPP process is exponentially better than heat pasteurization methods,” says Spangler. “I would not consider it fresh, more like sort of fresh. I consider heat pasteurized juice to be completely dead. For people in a pinch and unable to find a juice bar, HPP is a great alternative.”

Each bottle of Simple Science Juices is carefully filled to the brim. “We do this to cut down any chance of oxygen getting to the juice,” says Spangler. “The less oxygen can get to the juice, the more nutrients and minerals will be intact. Through oxidative stress, produce starts to lose nutrients. The less stress, the better.”

While Spangler’s path to juicing began with holistic naturopathy and allergy testing, he touts scientific research behind the health benefits of consuming cold-pressed juice and natural foods.

He found information about the Gerson Therapy, specifically the book "A Cancer Therapy: Results of 50 Cases," that influenced his belief.

“There is tons of research out there, just like the Gerson books, that show cases of people alleviating disease through dietary changes,” says Spangler. “I am hoping by supporting the research and science behind juicing and other dietary changes, the skeptics, like myself, will change their health habits sooner than I did.”

Spangler adds, “There is a science behind combining various fruits and vegetables to heighten the bioavailability of the nutrients.

For example, the Electron juice from Simple Science combines lemon, turmeric, ginger, coconut water, and cayenne pepper. Spangler explains that the active ingredient in turmeric, kurcumin, is more effective in your body when you combine it with a pepper or healthy fat. The touch of cayenne allows your body to break down kurcumin in your system much easier.

Spangler reels off other detailed examples of how carrot and apple juice works in concert and then expounds on the health attributes of alkaline water. Clearly, he is passionate and well-versed in the benefits of the products he sells, which include alkaline water and non-dairy milks. Soon, the company’s website will publish articles and resources to help customers learn more about the science behind the juices.

Simple Science delivers for free anywhere in the greater Kansas City area. “Our mission is to make healthy living as convenient as possible,” says Spangler. “People just order online before noon the day prior, pick a time slot between 7 to 9am and 9am to noon, and leave a cooler outside. They wake up or come home to fresh juices and gluten-free, dairy-free, paleo food items in their cooler.”

Simple Science is also in the process of setting up a retail shop at 81st and Metcalf in Overland Park, near the Matt Ross Community Center. Spangler plans to have the sit-down portion of the retail side open in about three months. Afterward, he hopes to offer morning yoga and nutritional presentations from various health professionals in Kansas City.

“With juicing and making dietary changes, I feel you need to experience the difference in how you feel in order to truly understand what we are trying to do,” says Spangler of his ambitious plans for Simple Science and its outreach. “I encourage everyone to start making little changes to their diet and see how they feel. The biggest thing is just to start.”

The vegetables are still in a whole form when ground into a pulp, so no nutrients are lost.

Each bottle of Simple Science Juices is carefully filled to the brim to cut down any chance of oxygen getting to the juice.