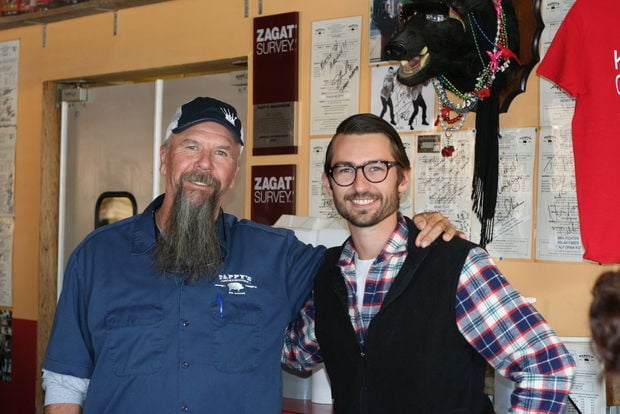 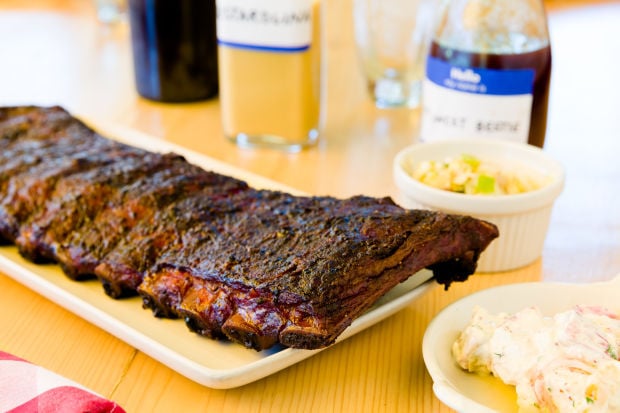 Last year, writer Johnny Fugitt did two things: visited the lower 48 states and ate at 365 barbecue restaurants across the country. The culmination of this project is his new book The 100 Best Barbecue Restaurants in America, out May 20. Fugitt has lived all over the state of Missouri, so although Texas takes the top spot, Missouri has twelve restaurants featured in the book.

Fugitt, who has written for Feast, began his journey at Pappy's in St. Louis. He wasn't sure exactly what form the project would take yet, but after some great food and encouraging words from owner Mike Emerson, Fugitt hit the road.

"I feel like I know Missouri fairly well, but even with that in mind there were some I uncovered in my research that really surprised me. I hadn’t been in Hendricks, Jon Russell's and McGonigle's or even heard of them," Fugitt says. "A hidden gem was City Butcher in Springfield, which I think is just phenomenal. It's as close to Texas barbecue as I've seen in Missouri — they're doing a really good job."

After the trip was over — it ended at St. Louis' Salt + Smoke in the Loop, which wasn't open yet when it began — Fugitt took a month off from barbecue. A dietitian created a meal plan for him, which he admits involved a lot of salads and juicing to get him back on track, gastrointestinally speaking. Soon, though, he was again craving barbecue, if you can believe it.

"One of the things I liked [about the project] is that different localities have local flavors in their barbeque. So in Miami I had crocodile and fried plantains with my barbecue," Fugitt says. "In D.C., there's a place that uses Old Bay seasoning in their rub, which is a big Maryland thing. In California, you get lots of salads. So I enjoyed experiencing a lot of other American cuisines through barbecue."

Q in the Lou will bring food events back to Soldiers Memorial.

A Barbecue Odyssey That Began and Ended in St. Louis -- With 365 Meals In Between

Writer Johnny Fugitt visited 365 restaurants across the 48 contiguous states – and ate barbecue at every single one.