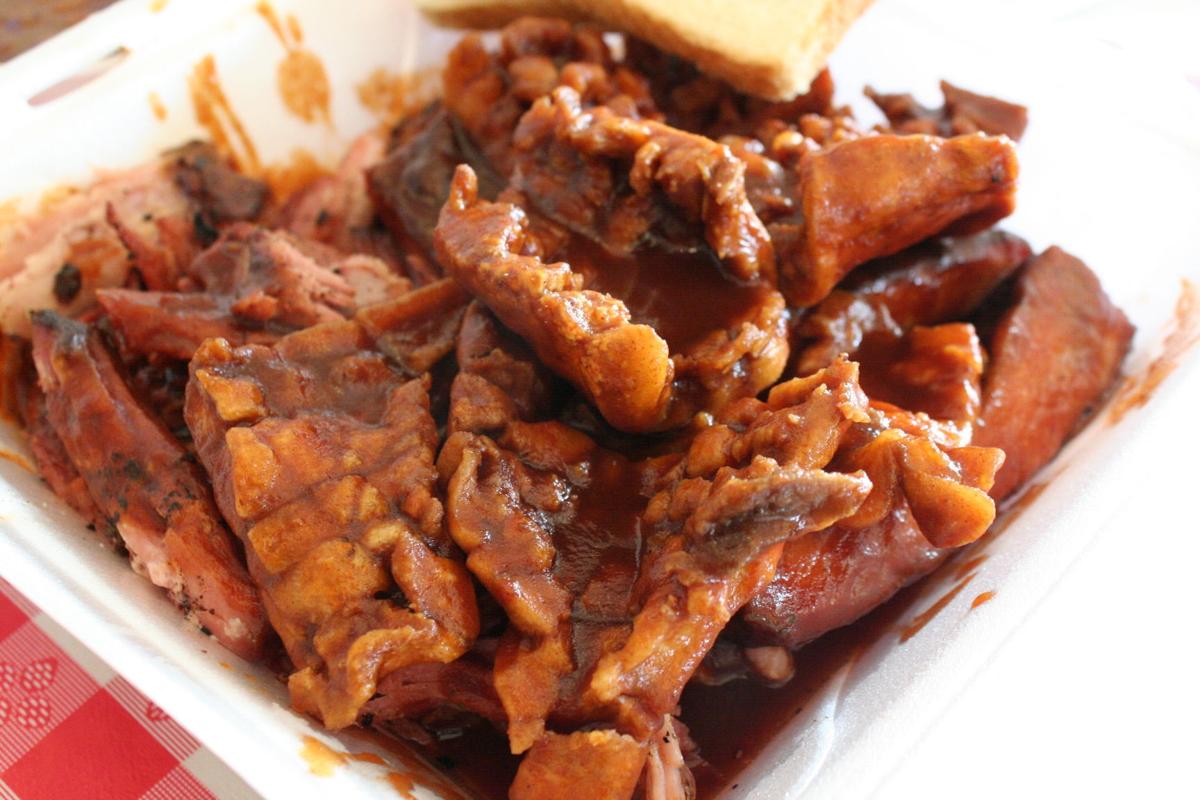 Barbecue from Roper's Ribs in St. Louis, one of the many local establishments Johnny Fugitt visited in his quest to determine the nation's best barbecue. 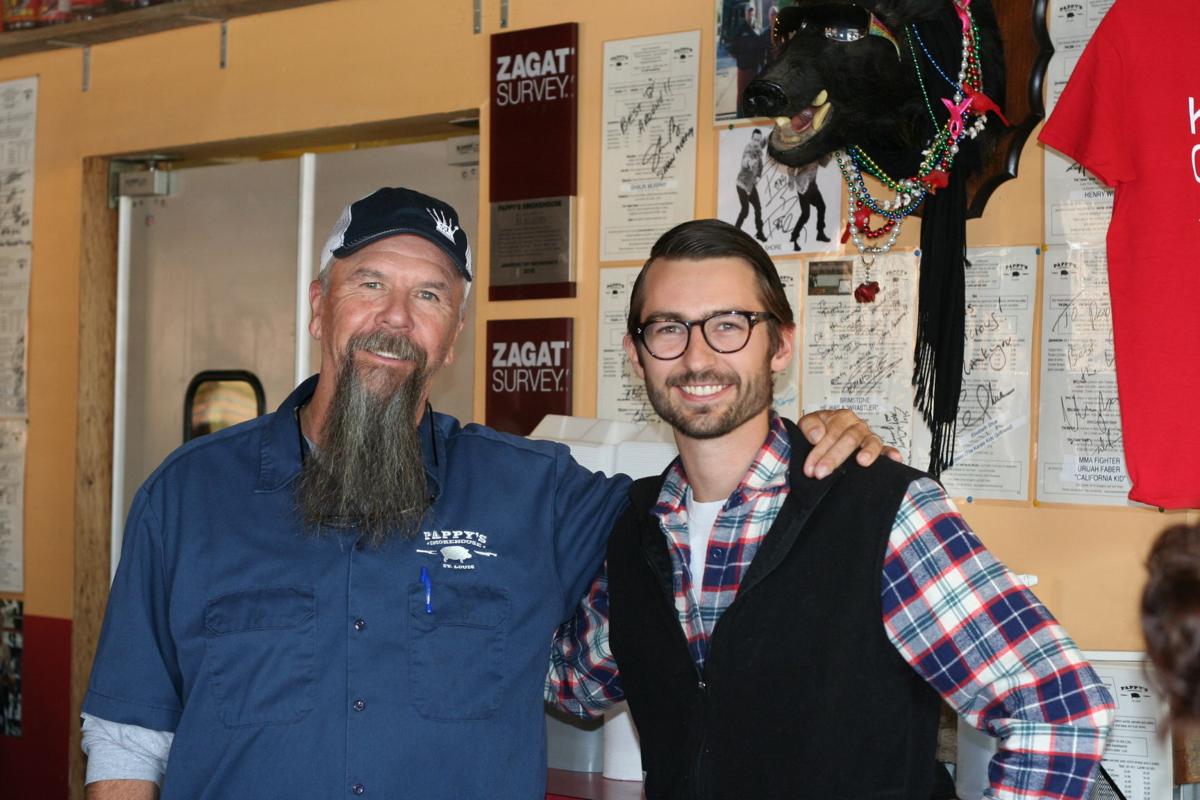 The author (right) with Mike Emerson of Pappy's Smokehouse, the place where he began his barbecue odyssey. 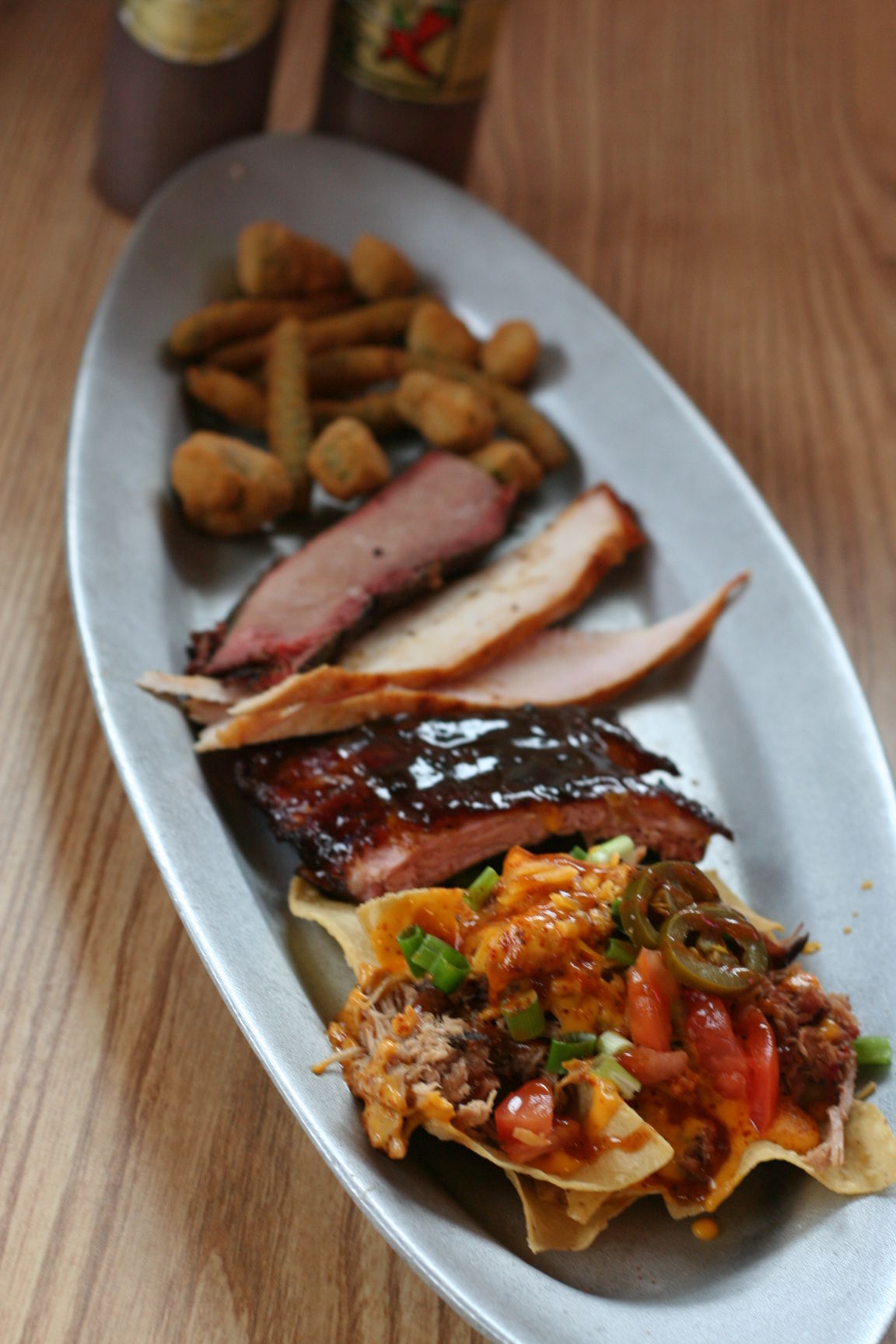 Barbecue from Hick's in Belleville, Illinois — just one of the many places the author dined at on his year-long journey.

Barbecue from Roper's Ribs in St. Louis, one of the many local establishments Johnny Fugitt visited in his quest to determine the nation's best barbecue.

The author (right) with Mike Emerson of Pappy's Smokehouse, the place where he began his barbecue odyssey.

Barbecue from Hick's in Belleville, Illinois — just one of the many places the author dined at on his year-long journey.

In one year, I did two things that speak to the American spirit. First, I hit the open road.  Second, I visited 365 restaurants across the 48 contiguous states – and ate barbecue at every single one. That means I visited more barbecue restaurants across a greater geographic area in a condensed amount of time than anyone else. A tough job, but someone had to do it.

I began my barbecue odyssey on October 22, 2013, at Pappy’s Smokehouse in St. Louis.  I was nervous as I met owner Mike Emerson and tried to act as if I knew something about barbecue.  I have always considered myself a casual barbecue fan, but the truth is that I knew very little about regional nuances, barbecue history, smoking practices and the way restaurants work before setting out on this project.  I didn’t prepare much before setting off on my journey – I wanted to learn from the people working the pits day in and day out, not the so-called experts.

After 365 restaurant visits, on October 21, 2014, my culinary crusade came to an end at Salt + Smoke, St. Louis’ popular new barbecue restaurant on the Delmar Loop.  I thought it appropriate to end my journey here since Salt + Smoke opened while I was on the road and even after sampling hundreds of ribs, a herd’s worth of brisket, and thousands of barbecue sauces, I was impressed by Salt + Smoke.

A lust for adventure and a desire to create something new galvanized the Barbecue Rankings Tour.  I spent my five previous birthdays in St. Louis – behind a desk.  My five birthdays before these, however, were spent in Liberty, Missouri; Beijing, China; Jefferson City, Missouri; Alexandria, Egypt; and London, UK.  I loved St. Louis, my community and my work at the Ronald McDonald House, but my itchy feet became too inflamed.  I needed a new adventure.

The result is a book, but I see myself as half-writer, half-entrepreneur. I found sponsors, am creating something new and will turn into a salesman when the book is complete.

One of my goals with this project was to give less recognized, less marketed mom-and-pop restaurants the opportunity to compete against the big boys.  Another purpose was to give restaurants in places like Minnesota, Oregon and Connecticut the opportunity to compete against those in Kansas City, Memphis, the Carolinas and Texas.  Could great barbecue be found outside of the big four? It would take hundreds of meals to find the answer.

I put 31,000 miles on the Subaru in a year, rarely slept in the same place for more than a week and explored national treasures like Yosemite, Mt. Rushmore and Yellowstone. I wasn’t simply on the road for a year, though. I am in the Navy Reserves, which required me to be in St. Louis or Washington, D.C. about once a month. After three or four weeks on the road, thousands of miles and barbecue every day, it was nice to spend a few days catching my breath in St. Louis.

And while I scouted barbecue in the far corners of America, I also discovered new-to-me barbecue restaurants just miles from home.  Before beginning this project, Pappy’s, Bogart’s and The Shaved Duck were my regular barbecue stops, but in my 20 St. Louis area visits, I also discovered great barbecue at Salt + Smoke, The Capitalist Pig in Soulard, Hendrick’s in St. Charles, PM in Chesterfield and Vernon’s in University City.

I was also pleased to see barbecue owners around St. Louis supporting each other.  While there is an element of competition between restaurants, it’s well-natured and focused on the food. The consensus is that the growth in the popularity of barbecue helps everyone.

Our friends four hours to the west may think my list reeks of hometown bias, but I think St. Louis is fairly represented in my list of The 100 Best Barbecue Restaurants in America. St. Louis barbecue restaurants are putting out pork that compares well with the rest of the country. (You’ll have to wait for the book, of course, to see my final rankings.)

I do think, however, one of my barbecue discoveries may not please many in St. Louis.

I enjoy a backyard, grilled and sauced pork steak as much as the next South City guy, but had a transcendent pork steak experience at Double J Smokehouse & Saloon in Memphis. Instead of the grilled, cut-with-a-steak-knife and sauce-covered pork steak I’m used to, I had a dry-rubbed, unsauced, slow-smoked pork steak that flaked like a piece of fish on my fork.  It was unbelievable. I haven’t tried pork steaks at all of the St. Louis bars and grills, but I have never had anything like what I found at this one place in Memphis. St. Louis, consider that a challenge.

After a year on the road and plate after plate of barbecue, I’m focused on the next phase of my project: writing. I’ll be in Missouri for the holidays, but I am spending most of my time holed up in a basement in Virginia where there are fewer distractions.  In addition to pounding away at the keyboard for hours on end, I’m working out frequently and eating a salad-a-day from Chop’t.

But while I was tired of barbecue when I finished the project, every couple of days a friend will ask for barbecue recommendations as they travel to places like Kansas City, Texas, Florida, Ohio or California.  Recalling my favorite stops in these places diminished my barbecue fatigue after just a few short weeks.

Stay tuned for the book this spring.  I’ll share stories from the road, insights from the kitchens and, most important, point you in the right direction to find America’s best barbecue.

A native Missourian, Johnny Fugitt spent five years working at the St. Louis Ronald McDonald House. This is his first book. He chose barbecue so that even as a struggling writer, he wouldn’t be a starving one.  You can follow the Barbecue Rankings Tour on Facebook, Twitter and at barbecuerankings.com.

City Butcher and Barbecue Raises the Game in Springfield, Missouri

Writer Johnny Fugitt spent a year visiting barbecue joints all over America, from the most venerated to junky trailers. His new book, The 100 Best Barbecue Restaurants in America is out today.