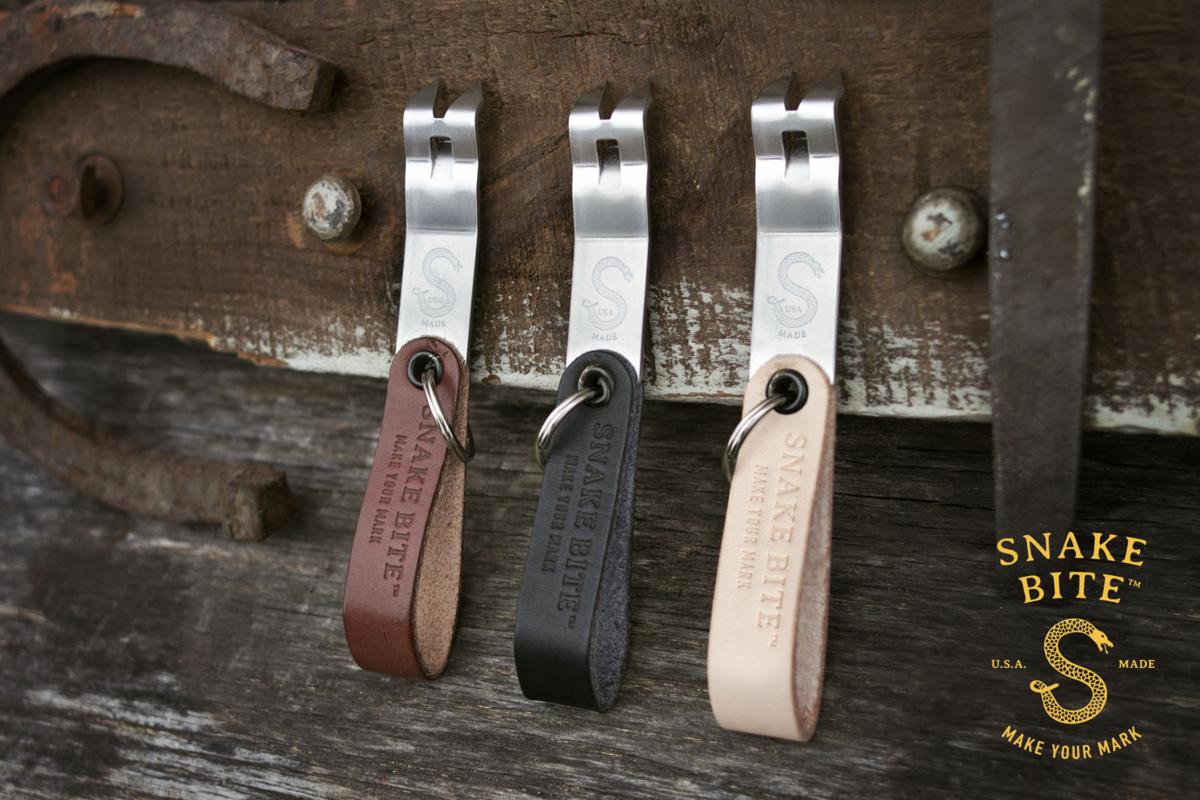 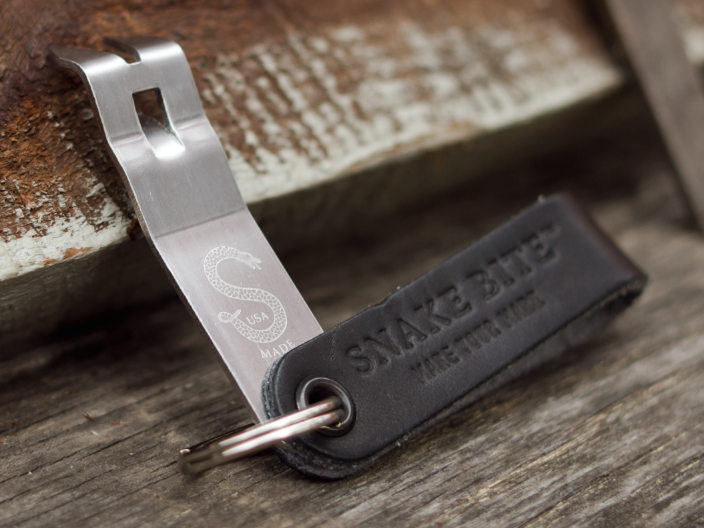 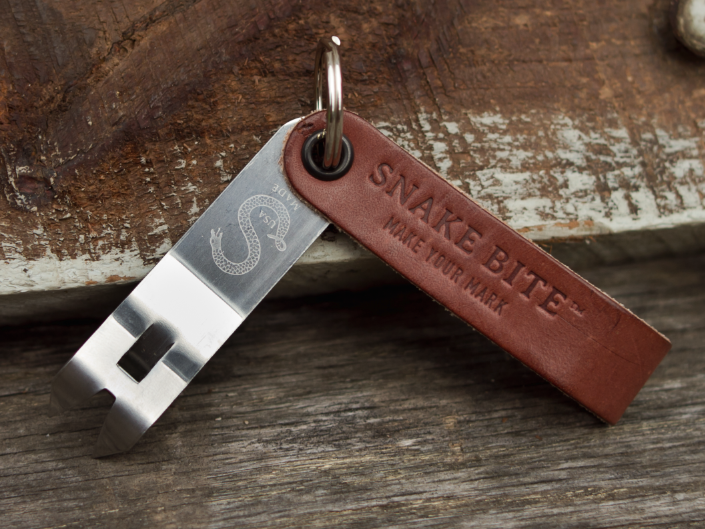 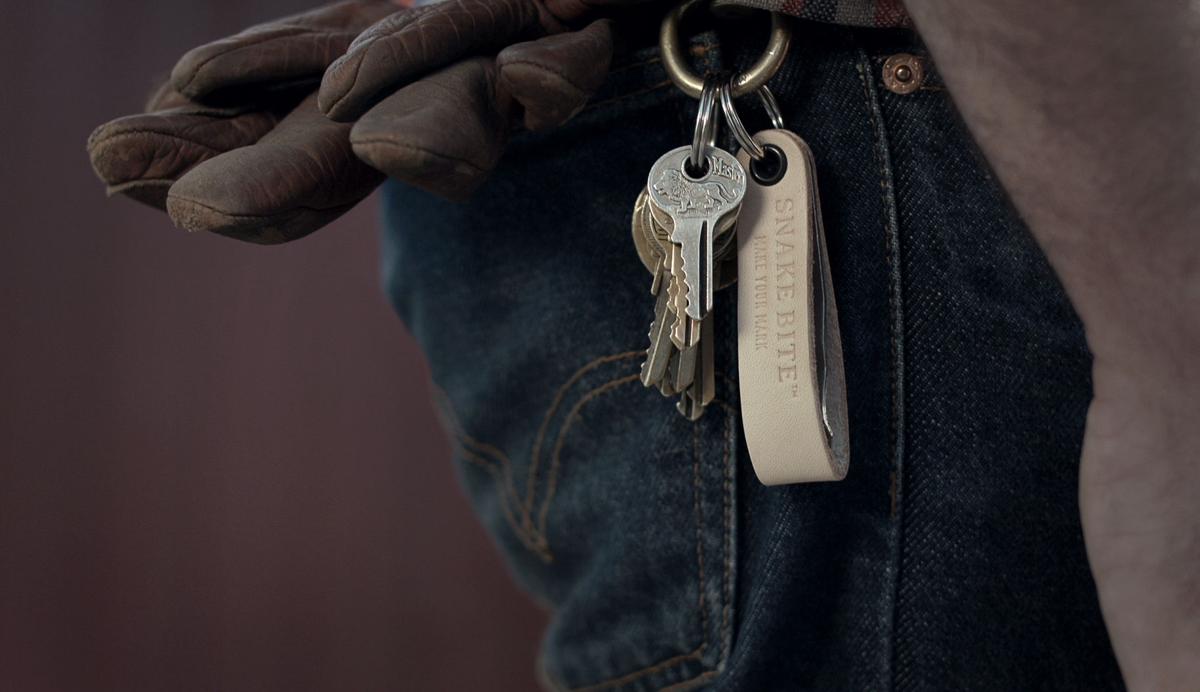 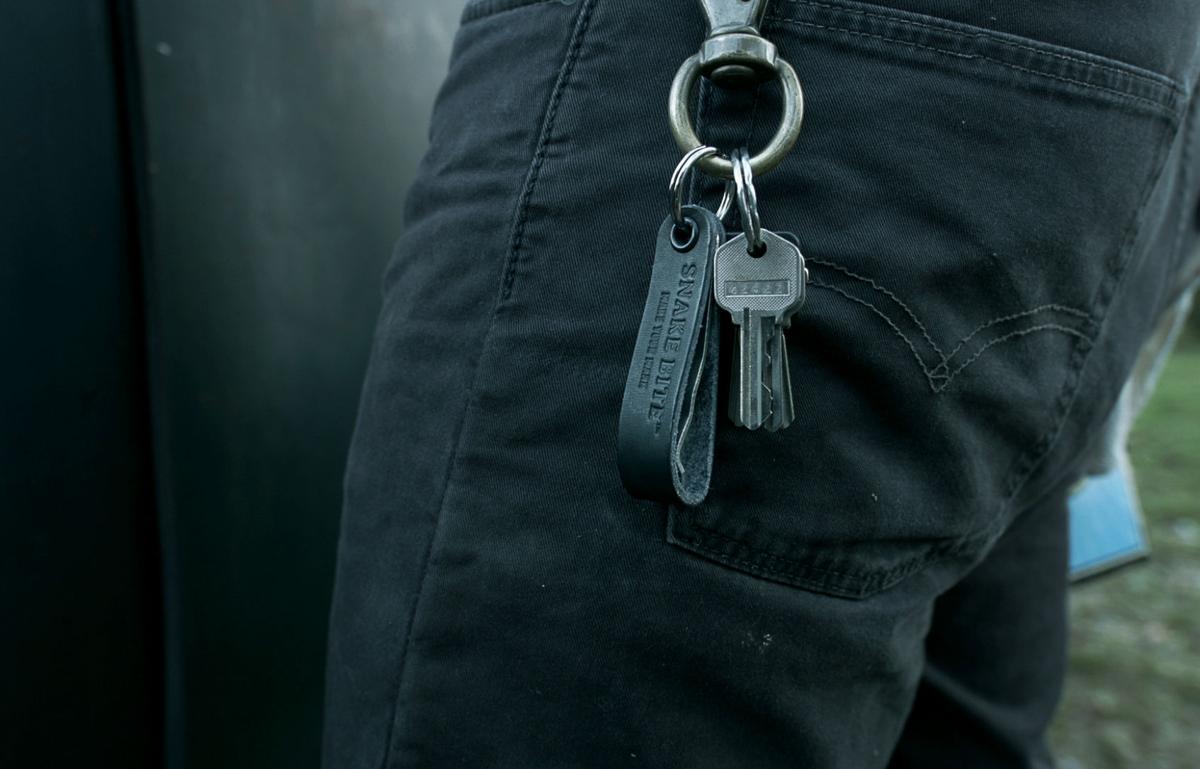 Kevin Kelly and Dan Peskorse didn't set out to start a business. The St. Louis friends simply wanted to better ventilate their beer cans — to eliminate, as Peskorse describes it, that annoying "glugging."

They began by using a bottle opener to poke a hole into the cans. Then they started poking two holes. Then... "What if we changed a normal bottle opener into one with two prongs?" one asked the other. That night, in Peskorse's basement, they went at it with a metal grinder.

And once the "snake bite" took shape, well, Peskorse was carrying it around when those same prongs poked him in the leg. Adding a protective leather strap would make it infinitely more portable, he realized — and with that, the Original Snake Bite Co. was born. "That's when we said, 'I think this is cool enough to be a real business,'" Peskorse says.

Armed with a prototype made with a 3-D printer, the friends found a New York company to stamp the metal and St. Louis ones to manufacture the leather, assemble the components and package the product. A Kickstarter aimed at raising $5,000 has cleared nearly $20,000 (it was at $19,601 at press time, one day from closing). One thousand units have already been sold. (Check out snakebiteco.com to get yours.)

Part of the appeal is the product's simplicity. "This technology has been around a long time," Peskorse says. "People just forgot about it." The quality look and non-disposable feel is a plus.

Another is that Peskorse and Kelly know marketing. Kelly, a designer responsible for the look of the product and its promotional materials, owns St. Louis' Anti-Agency. Peskorse, who's been active with digital media management and sales for tech companies, works for the local startup Pushup.com.

In light of those pedigrees, it's not surprising that the Original Snake Bite's promotional video is highly compelling — a paean to the joys of drinking beer, being outside and the beauty of fall in the Midwest.

"There are two schools of thought when it comes to promotional video," Peskorse explains. "You can sit down and explain your product, and maybe try to be funny, or you let the product speak for itself. We decided people would either get it or they won't — no need to explain a bottle opener to an intelligent audience."

So the video features a bunch of ridiculously good-looking hipsters drinking Schlafly in the great outdoors; the Snake Bite is the means to the end. (As for those hipsters: "Everyone in the video is a friend of ours," Peskorse admits. "It's a good representation of how we like to spend our free time.")

Now that the money has been raised, and orders have been placed, the friends are hustling to get the Snake Bite to stores well in advance of the holidays. You can buy one online for $22, or at local retail outlets including Urban Matter in South City, the soon-to-open YuMe on Cherokee Street, Dapper Gents Grooming downtown and East-West in Kirkwood.

"We can't wait to see it out in the wild," says Peskorse.