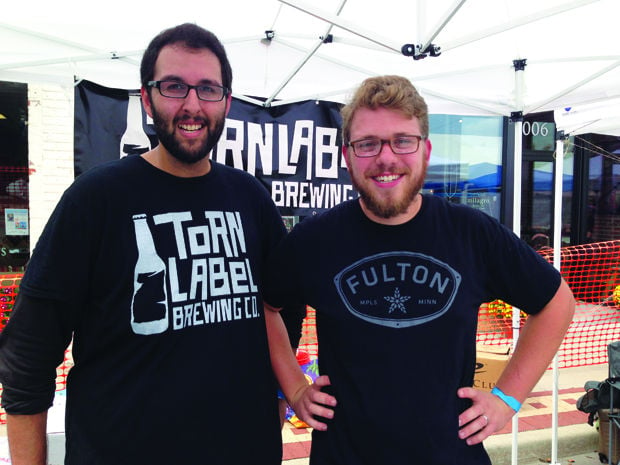 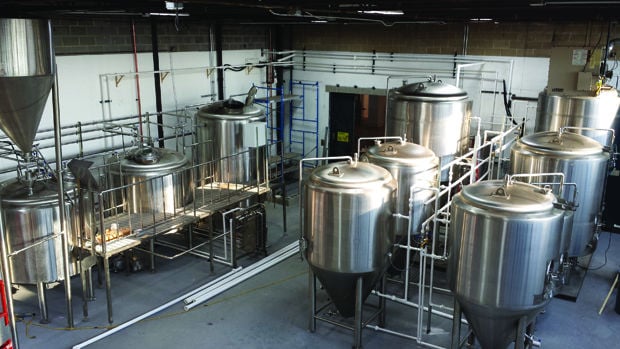 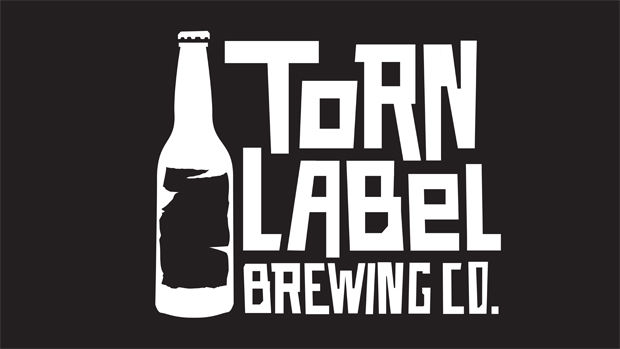 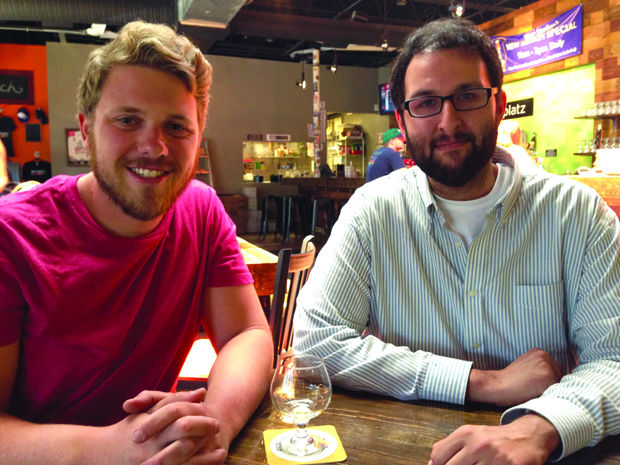 Kansas City’s newest brewery, Torn Label Brewing Company, built its nearly 7,000-square-foot outpost in the Crossroads Arts District before 2014 drew to a close. Brewers and co-owners Rafi Chaudry and Travis Moore have a brand-new brewery system installed and operational, with three flagship ales plus a special release beer and a fun one-off ready to launch next week.

Chaudry and Moore developed the brewery in the Studio Inc. building with partners Chad and Carol Troutwine, who have beer distribution experience. Chaudry and Moore are homebrewers who decided to make the leap to professional brewing.

Both Kansas City natives, the two brewers pivoted from other vocations. Chaudry left his eight-year career producing films in Los Angeles (he’s credited as an executive producer on Paris, je t’aime and as co-producer of the Freakonomics documentary), while Moore shifted from practicing law. They both felt that the time was opportune to do what they loved.

“There’s a fantastic sense of ownership to opening a brewery. In film production, there’s lots of people in the mix,” says Chaudry. “Torn Label is part of me.” He adds, “I never thought I’d relocate, but it is exciting to launch here. We want to be meaningful to KC like it’s been for me.”

“I loved being a lawyer. I walked away for a dream,” says Moore. “I love the process. It’s consuming, this sense of community. Brewing is the single greatest passion in my life.”

Contributing to Kansas City’s craft beer scene is important to both men.

“We’re all from the KC area. We grew up with a limited selection of beer in bars,” says Chaudry. “Now it has changed so much.”

“We have a brand new 15-bbl brewing system, with three 15-bbl fermenters, two 30-bbls fermenters, one 15-bbl brite tank and one 30-bbl brite tank,” says Chaudry. “We chose that system because it allows us to do our three flagship beers often (by double-batching into the 30-bbl fermenters and brite), while also allowing enough capacity for adventurous and experimental seasonal, rotational and barrel aged offerings.”

The brewery expects to produce around 1,200 barrels in its first year, with production ramping up soon. “At capacity, with our current system we can produce around 2,500 barrels per year,” says Chaudry. “We also have enough space at our location in the Crossroads to essentially triple brewing capacity by adding more tanks down the road.”

Torn Label Brewing Company will distribute in beer bars and restaurants in Kansas City, on the Missouri side. The owners have signed with Major Brands, which intends to give Torn Label distribution across Missouri.

“We are the first Kansas City, Missouri brewery with statewide distribution since Boulevard Brewing Company,” notes Chaudry. “At the onset, we will focus on KC but we are excited to have the opportunity to expand into burgeoning craft beer destinations like Springfield, Columbia and St. Louis. We also hope to expand into the Kansas side of the state line in the near future, though there are no immediate plans at the moment.”

While Torn Label has room for future expansion of its brewing system, the brewery’s owners have no immediate plans to do so. Chaudry says, “We want to ensure our growth is organic and incremental enough to sustain itself in the long term.”

Once production and distribution is underway, the more immediate move will likely be the additional of a small pilot brewing system. Torn Label would use the system to develop and release very small batch offerings.

“In the meantime, we will focus on maintaining the consistency of our flagship products and crafting imaginative, creative entries in our rotating/experimental series,” says Chaudry. “As we do so, we know we have room to grow under our current system.”

Opening a brewery at this scale is no small endeavor. Chaudry cites as their greatest challenge “the difficulties of balancing a wide range of interlocking parts – construction, licensing, logistics, and mastering the equipment – along with the ever-present factor of time as we strived to adhere to our timeline.”

He says, “Fortunately, we had experienced counsel from our partners at Major Brands, as well as the guidance of many helpful counterparts in the regional brewing scene, plus, of course, plenty of beer to help us through the process.”

Torn Label will launch with three flagship ales next week. Alpha Pale is a massively hopped but sessionable pale ale. House Brew is a coffee wheat stout dosed with Sumatran toddy from Thou Mayest Coffee Roasters. Monk & Honey is a Belgo-American single brewed with honey from Peculiar, Missouri. A “one-off” beer will be Hang 'Em High, a West Coast-style IPA, while the rotating beer in their roster will be Quadjillo, a Belgian Quadrupel brewed with Guajillo chiles.

To celebrate their debut, the brewers are hosting a series of launch events around Kansas City.

One of the upcoming events on Tuesday, January 6 is a four-course paired beer dinner ($40) at Local Pig in Westport. The first course pairs goat cheese with Monk & Honey. Second course features Buffalo chicken ravioli and whipped bleu cheese paired with Alpha Pale. Next, lamb meatball accompanies Quadjillo, the Belgian Quad. The final course is the intriguing Breakfast for Dessert with House Brew.

Rafi Chaudry and Travis Moore have inked a deal to bring their brand-new brewery's products to Kansas as well as Missouri.