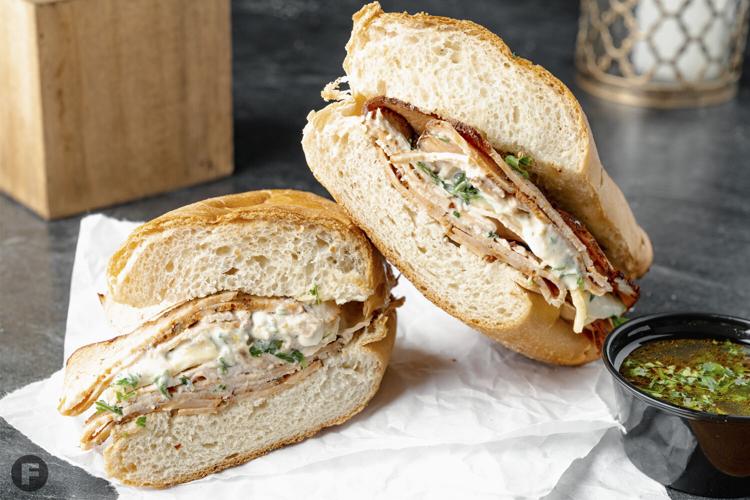 The Voodoo Dip features Cajun turkey, hot pepper cheese, trinity remoulade and parsley served with a side of au jus for dipping. 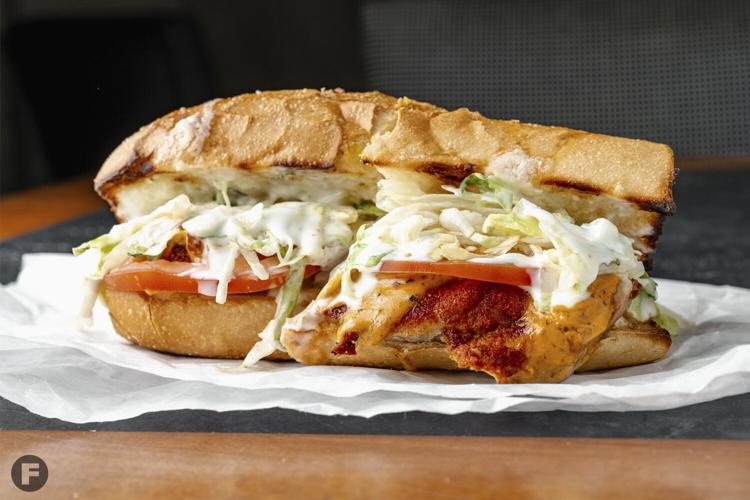 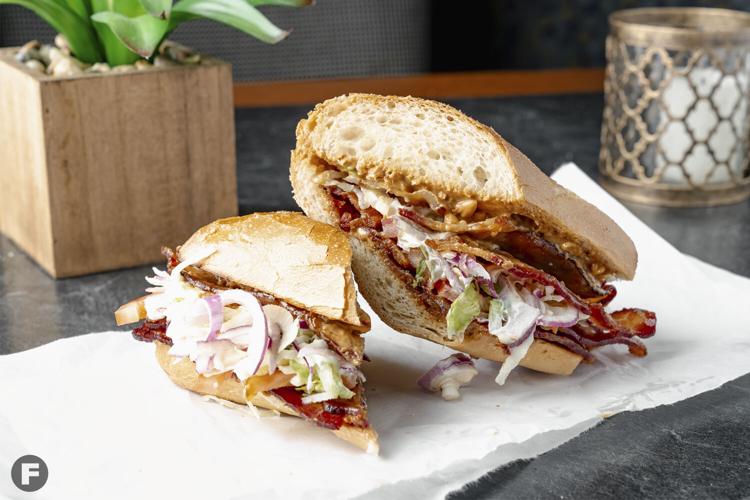 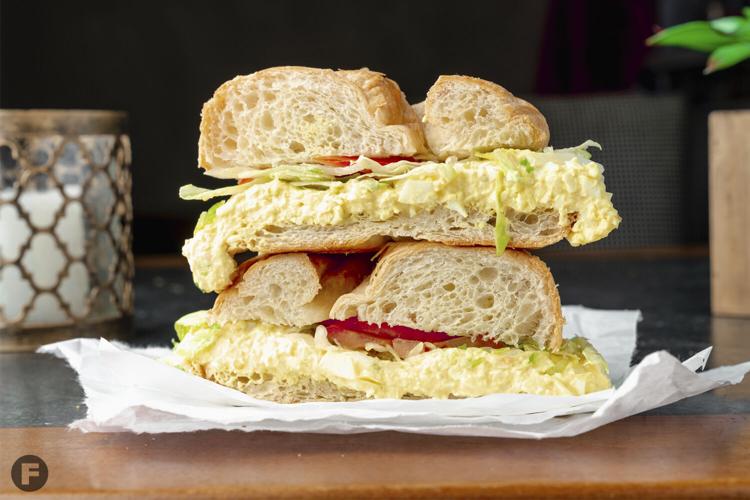 The Deviled Egg Salad is topped with lettuce and tomato and served on a croissant. 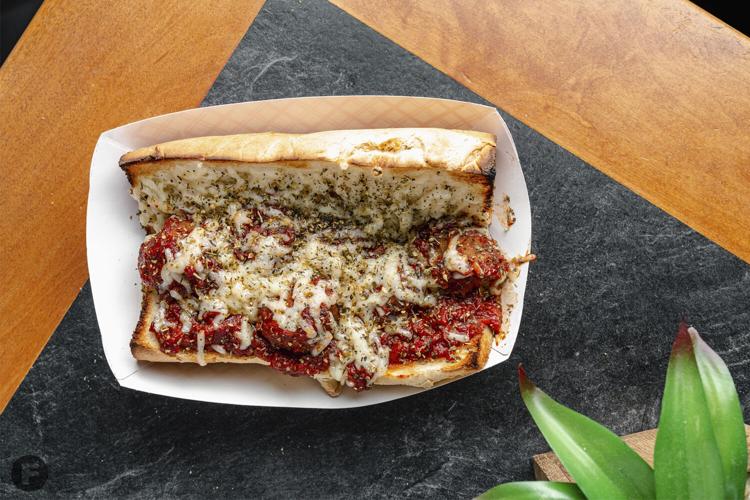 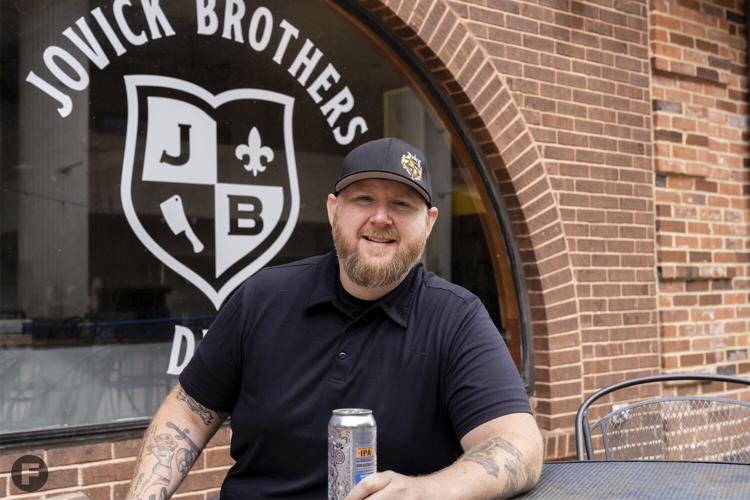 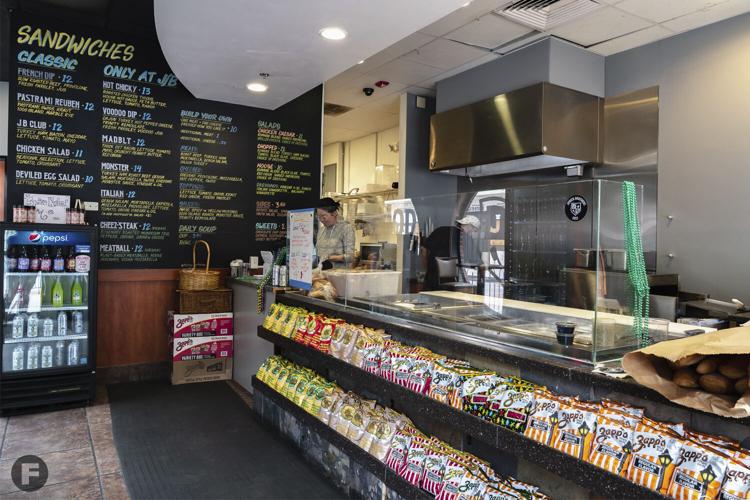 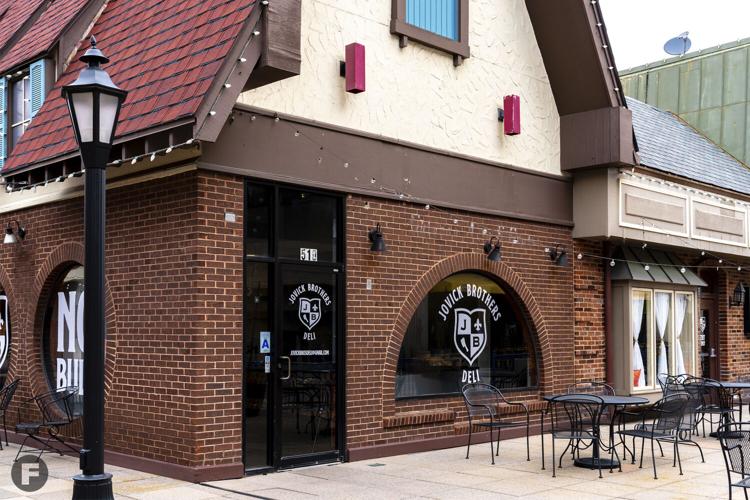 After years in the restaurant industry, Casey Jovick is finally working for himself at Jovick Bros. Deli.

“Why do you open your own business? I don't want to work for anybody else,” he says. “I had been looking at real estate for last few years and the right opportunity just didn't present itself, but this one did, and here we are.”

Jovick began his culinary career in college as a union butcher and went on to work in some of the best delis and kitchens in St. Louis, including Baumann’s Fine Meats, Macklind Avenue Deli, Pappy’s Smokehouse and Sugarfire Smoke House.

In 2019, he founded Jovick Brothers Spice Blends and Spice Rubs, a line of spices designed to enhance proteins and vegetables without compromising their natural flavors and integrity. This March, he opened Jovick Bros. Deli in the former Dino’s Deli at 510 W. Port Plaza Drive in Westport Plaza.

Jovick says a deli offered a blank slate for his creativity.

“Sandwiches pretty much don't have any boundaries,” Jovick says. “It's food that's really accessible to a wide variety of audiences, and who doesn't like a good sandwich shop, right?”

It has already earned rave reviews from customers and a respected place in St. Louis’ crowded sandwich scene. Jovick offers classic deli sandwiches, but he also aimed to develop a menu with “funky” twists on familiar favorites and vegan options. For example, the deli’s riff on the classic Philly cheesesteak sandwich is made with mushrooms, and the meatball sandwich is made with a plant-based protein and vegan cheese that are toasted to crisp, bubbling perfection.

The current top-seller is the Voodoo Dip, which comes with Cajun turkey, hot pepper cheese, remoulade infused with Cajun cooking’s holy trinity – onion, celery and bell pepper – and a side of Voodoo jus for dunking. Jovick says the jus is akin to a thin gumbo base.

The MADBLT is an homage to Macklind Avenue Deli and diverges from classic versions of the sandwich with the additions of crunchy peanut butter and red onion to the eponymous ingredients. It might sound odd, but customers brave enough to try the curious combination can’t get enough of it.

“We've had people coming back over and over for it in the last couple of months,” Jovick says. “So, it's been great.”

The Monster is a veritable mountain of meat piled high with turkey, ham, roast beef, Genoa salami, mortadella and Swiss and Cheddar cheese, while the Deviled Egg Salad is a slight twist on a lunch counter staple. Diners looking to spice up their lunch orders may want to try the Hot Chicky, a roasted chicken thigh slathered in house hot sauce and Feta butter topped with lettuce, tomato and ranch dressing.

The deli also offers regular specials. Recently, the most popular item has been the F*ck Brunch! sandwich, which is comprised of bacon, tavern ham, egg salad and American cheese on a fresh croissant. Other specials have included a salmon sandwich during Lent that Jovick likened to a meal between two slices of bread: a filet of salmon, red pepper coulis, lemon aïoli and five spears of asparagus.

“There's really no bounds to what to what you can do,” he says of the specials.

Jovick has been blown away by the response the deli has received from the St. Louis community in just a few short months since opening.

“It's actually really amazing,” Jovick says. “It's an amazing feeling, and it's really rewarding to be able to open a place and foster a work environment that you yourself would want to work in. As a restaurant guy, as a person who has worked in the industry for a long time, my employees are happy, my customers are happy and that makes me happy. So, whatever I can do to facilitate more of that, that's what we're going to do.”

Your new favorite tomato sauce? Try of these classics from The Hill

Look no further than The Hill for your favorite red sauce.

Liz Essman's favorite part of the job is providing produce to those who need it most, and giving small farmers a chance to sell their produce in an urban market.

The Voodoo Dip features Cajun turkey, hot pepper cheese, trinity remoulade and parsley served with a side of au jus for dipping.

The Deviled Egg Salad is topped with lettuce and tomato and served on a croissant.