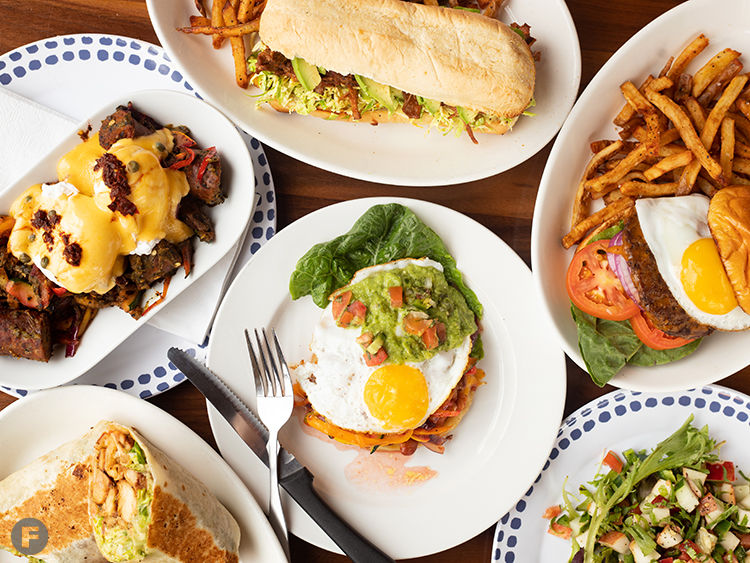 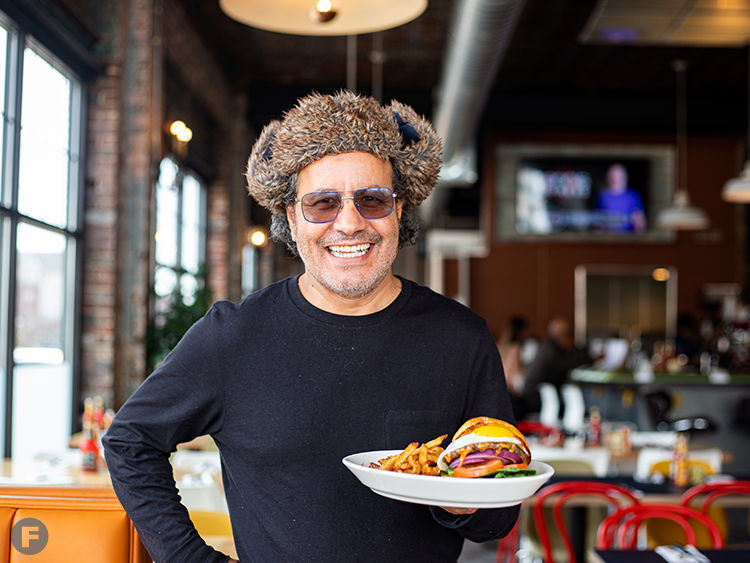 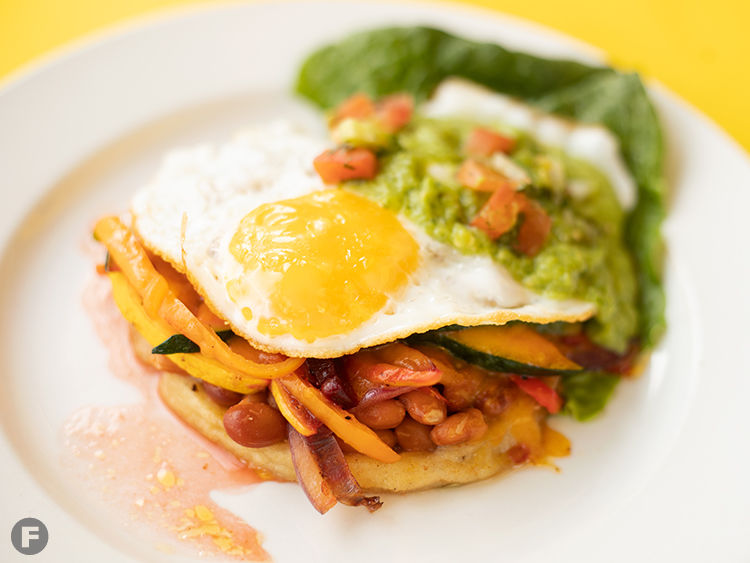 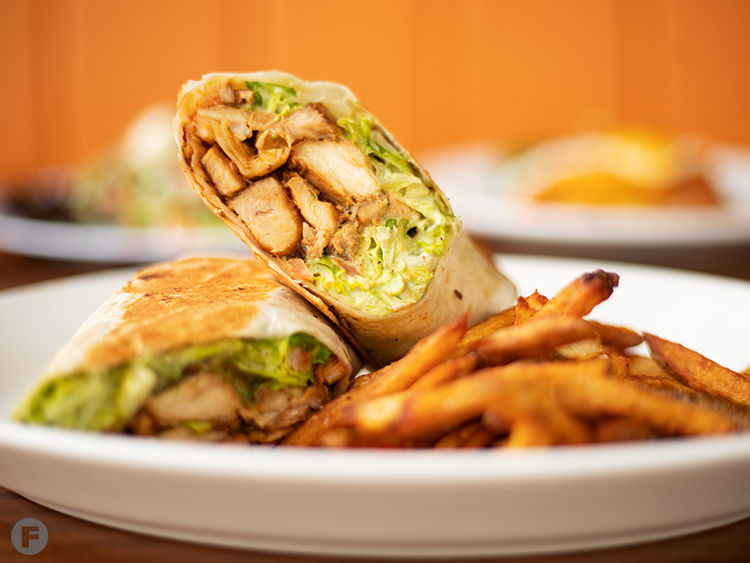 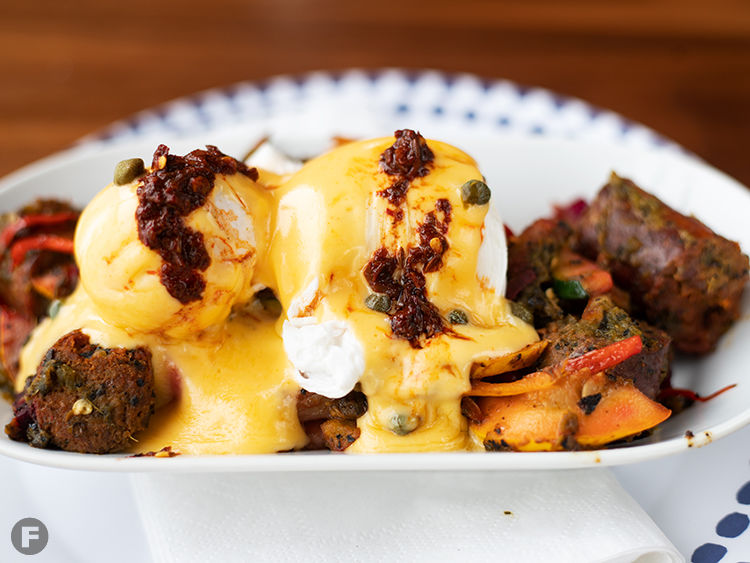 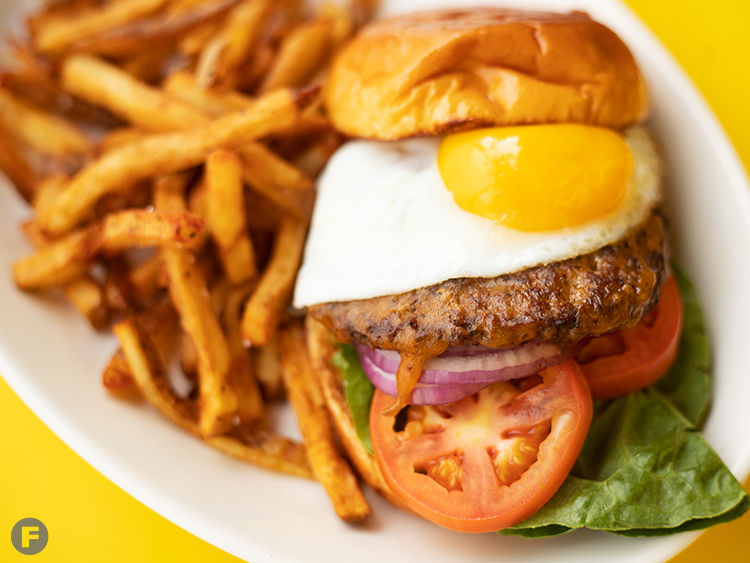 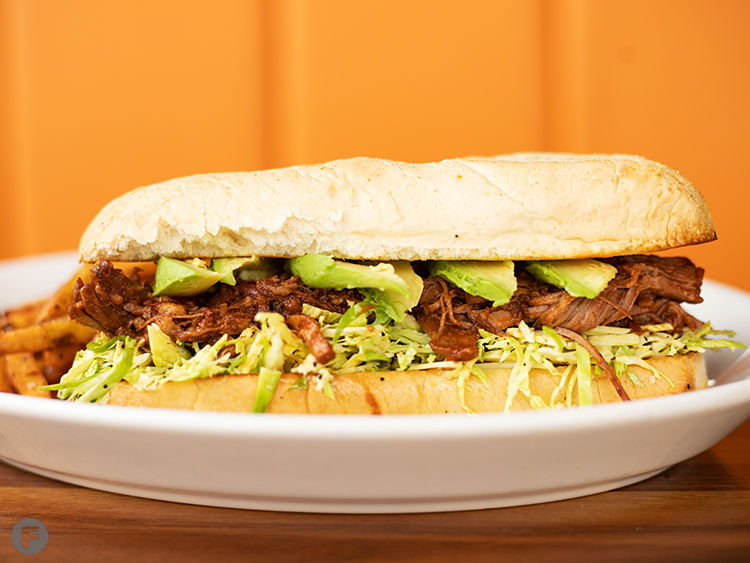 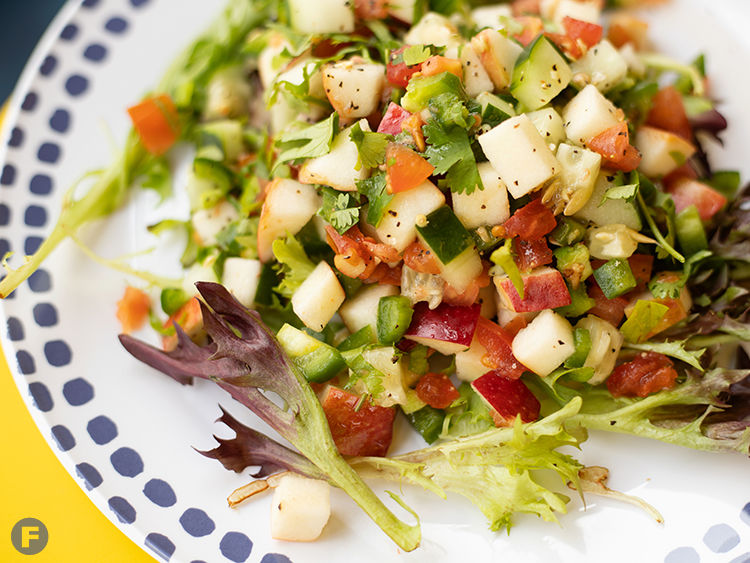 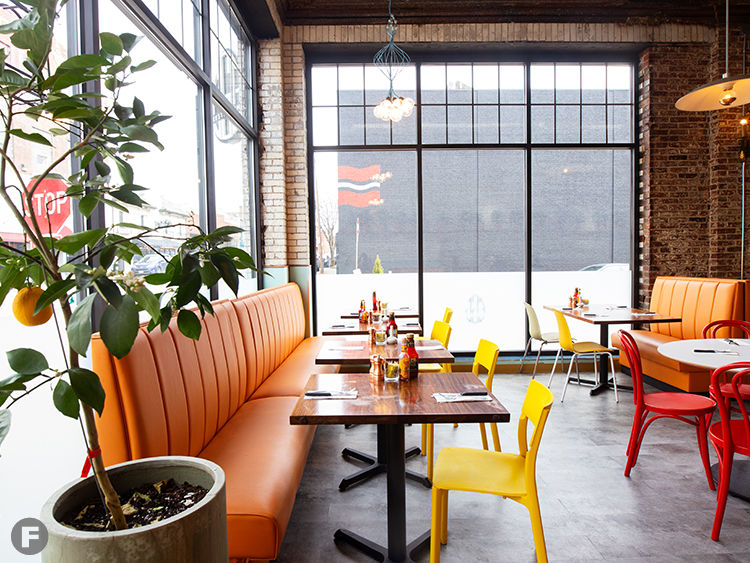 The dining area features colorful pops of color thanks to an eclectic set of furniture. 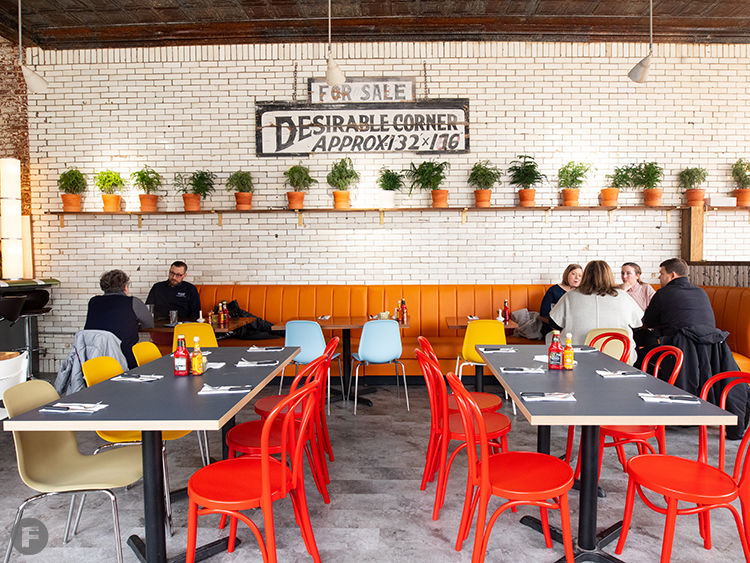 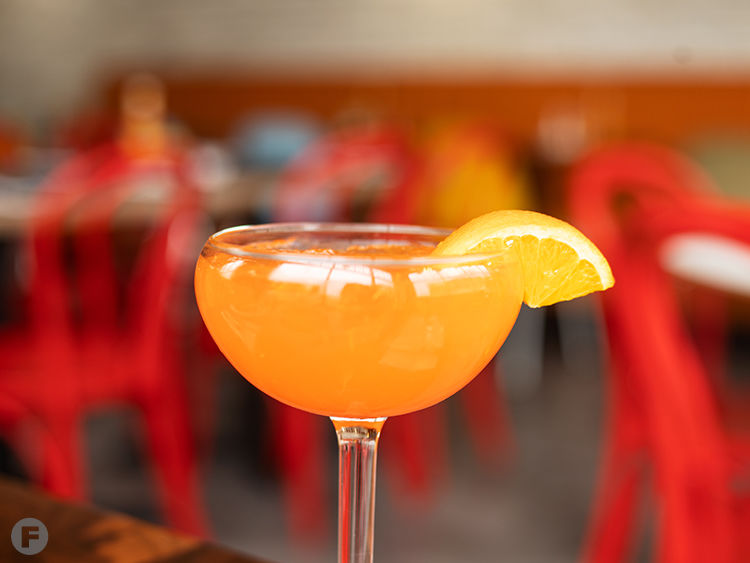 Cocktails include Aperol in the AM with Aperol, cava, orange juice and Topo Chico. 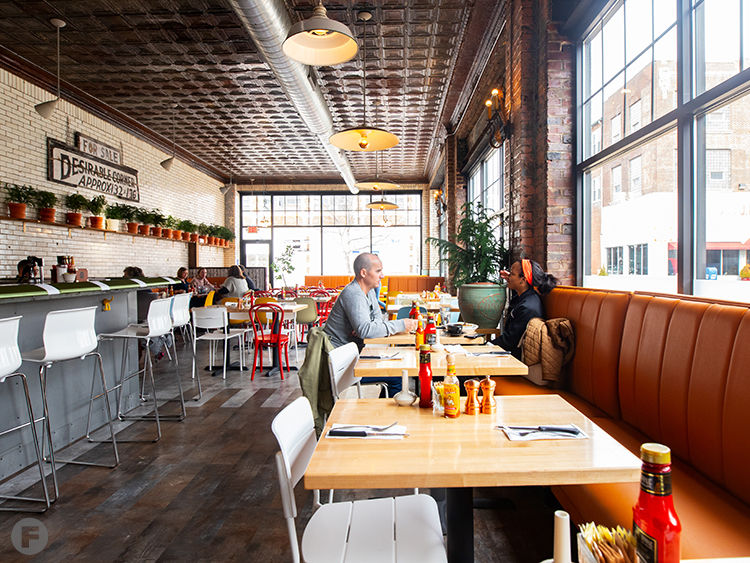 The dining room seats around 65. 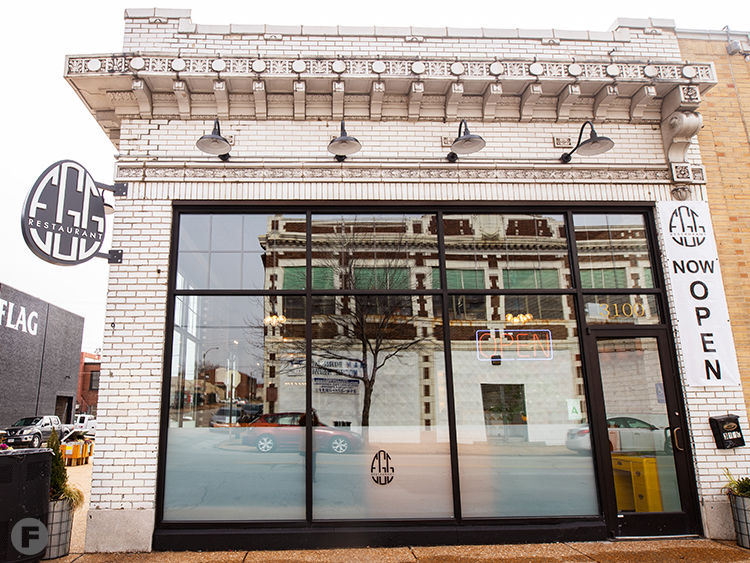 A popular brunch destination recently debuted a second location. In late January, Egg opened in Midtown featuring a brunch menu that includes its trademark Tunisian and Mexican-inspired items along with some new options.

The concept comes from owner Lassaad Jeliti, who initially rolled out the breakfast-centric restaurant in Benton Park around four years ago. Jeliti works with head chef Francisco Lopez – who has been behind the scenes in the kitchen since the brand’s beginning – to bring unique brunch items to the neighborhood.

Egg fills an approximately 3,000-square-foot corner space, with seats for around 65 guests. Jeliti designed the interior, which features repurposed materials to coincide with the original tin ceilings, exposed brick, subway tiles and vintage features such as antique light fixtures. Ceramic pots filled with plants line one wall of the dining area, while orange banquettes and colorful chairs bring additional colorful accents to the room.

New items developed by Jeliti and Faysal Halloul – who manages Egg’s flagship location – draw from their Tunisian backgrounds. One such dish is keftaji, or Tunisian hash with two poached eggs, roasted potatoes, zucchini, squash, onions, peppers and your choice of chorizo, mahi mahi or lamb merguez. According to Jeliti, the latter is a staple street food.

Classics from the original Egg menu include items that draw from Lopez’s heritage, such as a Mexican slinger and sopes made up of Maseca cups, refried beans, cheese, a sunny-side up egg, salsa and your choice of veggies, chorizo carne asada or chorizo.

“I tell people our menu is made up of stuff that we like to eat. It’s kind of an eclectic taste,” Jeliti says. “We’re trying to make interesting, flavorful breakfast or brunch fare that is a good product that people can come back for many times.”

Additional favorites on offer include shakshuka, or Tunisian-style tomato and bell pepper stew, and cornbread Benedicts with two poached eggs, cornbread, Hollandaise and your choice of smoked pork belly, spinach and avocado, or mahi mahi. Lunch options include a barbacoa sandwich with avocado slaw and fries as well as as smash burger with two four-ounce patties, Cheddar, lettuce, tomato, onions and fries – an additional egg optional.

From the bar, choose from eight beers on tap and a selection of cocktails including mimosas, Bloody Marys and hot or iced espresso Martinis. Coffee, espresso, juice and more are also available.

Egg's Midtown location is open Tuesday through Friday from 7am to 2pm and Saturday through Sunday from 9am to 3pm.

The dining area features colorful pops of color thanks to an eclectic set of furniture.

Cocktails include Aperol in the AM with Aperol, cava, orange juice and Topo Chico.

The dining room seats around 65.