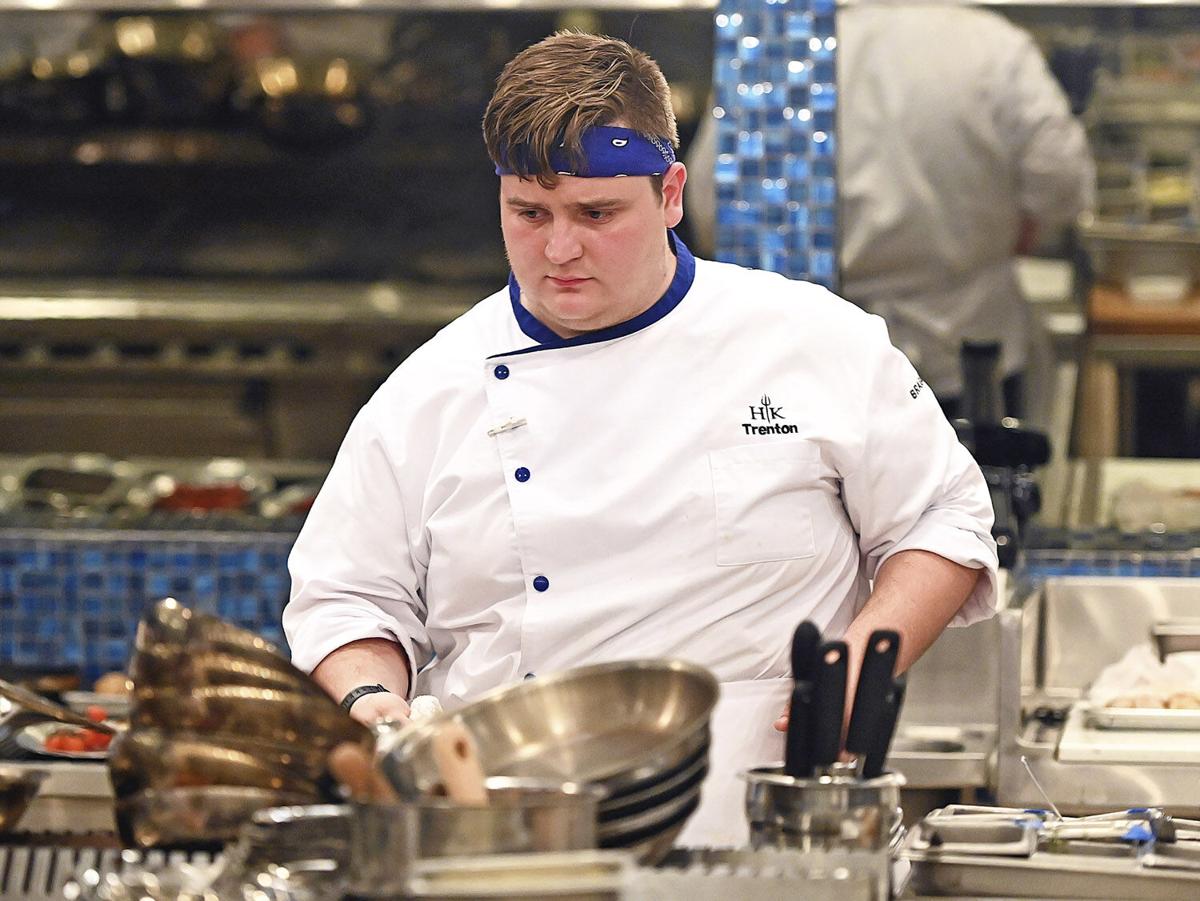 You'll usually find Garvey as the executive chef of Maplewood's The Blue Duck. 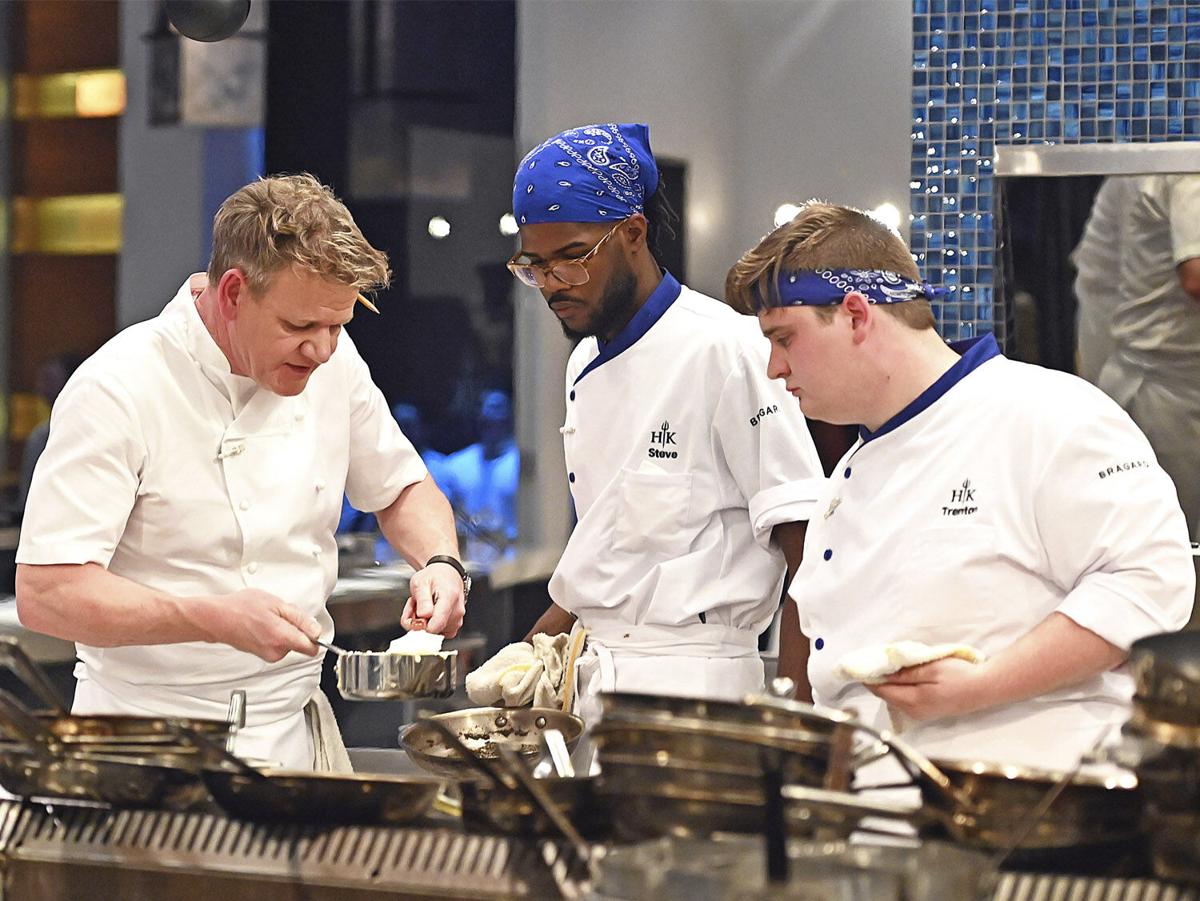 Garvey took away all that he could from working with celebrity chef Gordon Ramsay. 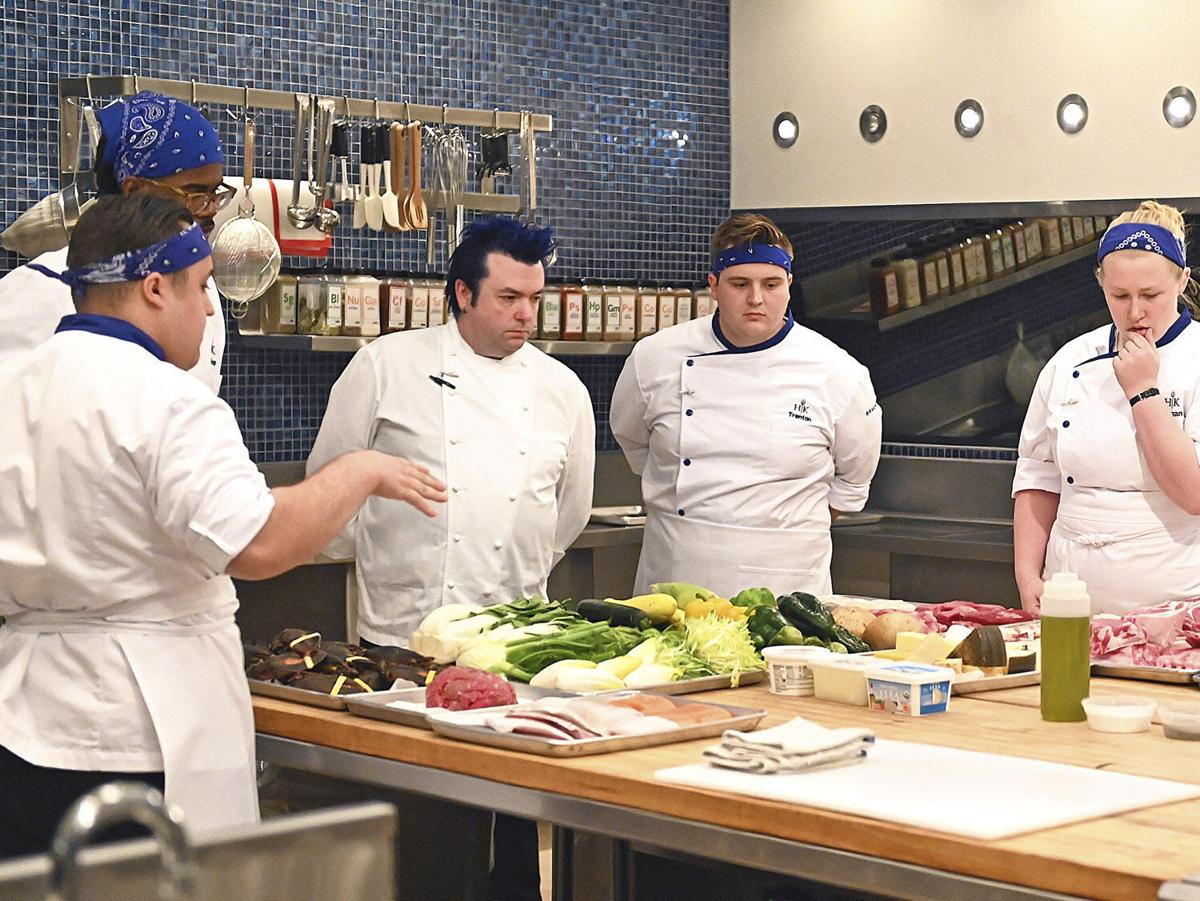 Garvey is a part of the blue team on this season of Hell's Kitchen.

If you're flipping through primetime TV in the next few weeks, you might just catch a glimpse of a St. Louis-based chef.

Trenton Garvey, executive chef at Maplewood's The Blue Duck, is one of 18 young chefs competing on this season of Hell's Kitchen, where competitors fight for the position of head chef at Gordon Ramsay Steak at the Paris casino in Las Vegas. (And he's not the only chef repping the Midwest: chef Jayaun Smith of the popular Sauced burger stand in Kansas City is also competing on this season.)

While the drama is playing out on Monday nights here at home, in reality, Garvey – also known by nickname Chef Gravy – filmed the show two years ago, when he was 23.

Garvey is originally from Arkansas, but he moved to St. Louis as a kid. He started off his cooking career at a local KFC, and from there, he graduated from East Central College with a culinary degree. He cut his teeth at The Smokey Duck before joining the team at The Blue Duck. At the time of taping, Garvey had been the executive chef for less than a year. Garvey's brother got a call from the casting department at his restaurant in Arkansas saying that they were looking for chefs, and so Garvey himself tried his luck. He didn't ever expect a call back, but before he knew it, he was flying out to LA – his first time on an airplane – to interview with producers. Shortly after that, he was headed out to Las Vegas for filming.

"It was awesome," Garvey says.

Garvey went to Las Vegas ready to learn. He was excited to be able to work underneath Ramsay, a Michelin-star chef among other accolades, But he also had an idea of what he was walking into.

"I knew that it would be embarrassing, I knew I would have to learn from my mistakes," Garvey says. "I just went into it and tried to stay calm, cool and collected the entire time, and just try to learn."

And although Ramsay is known for his harsh criticism, Garvey tried to use it all to make himself a better chef.

"The dude knows so much," he says. "Every bit of every dish, he would critique. He would let you know every last bit, good or bad, but he had an opinion. And taking those opinions and trying to bring them into my DNA was the biggest thing I was trying to take from it."

You can tune in to see how far Garvey makes it on Hell's Kitchen at 7pm on Monday nights on FOX.

You'll usually find Garvey as the executive chef of Maplewood's The Blue Duck.

Garvey took away all that he could from working with celebrity chef Gordon Ramsay.

Garvey is a part of the blue team on this season of Hell's Kitchen.