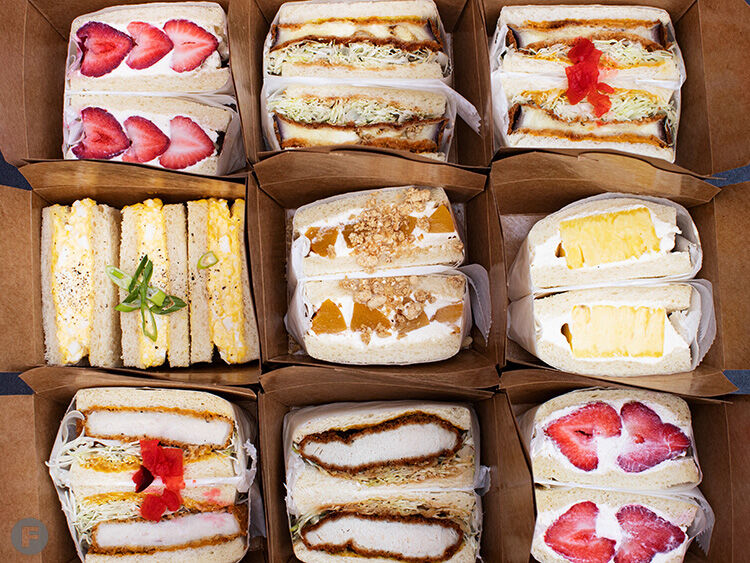 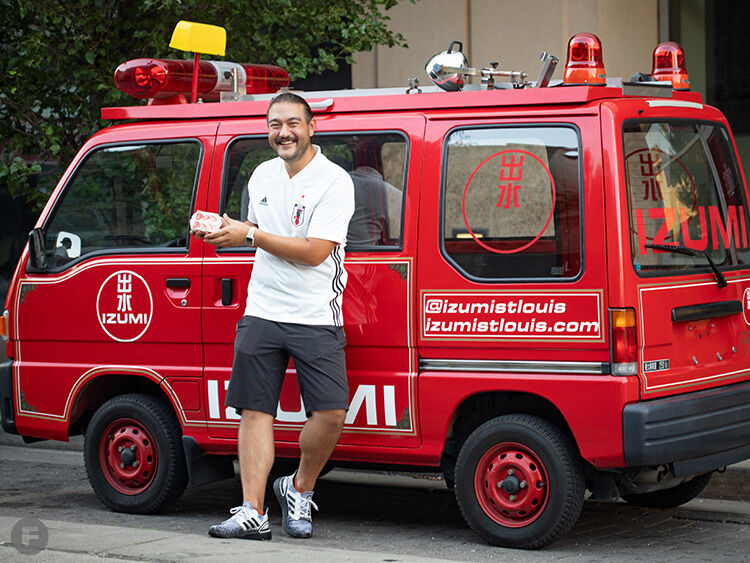 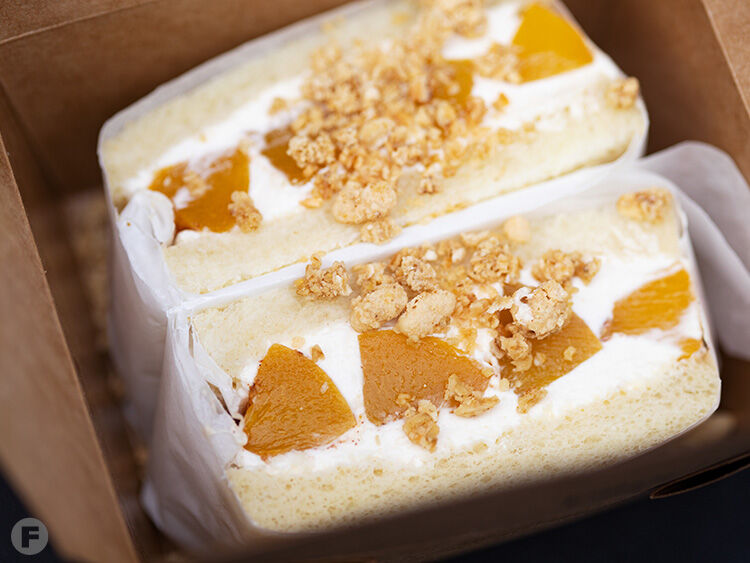 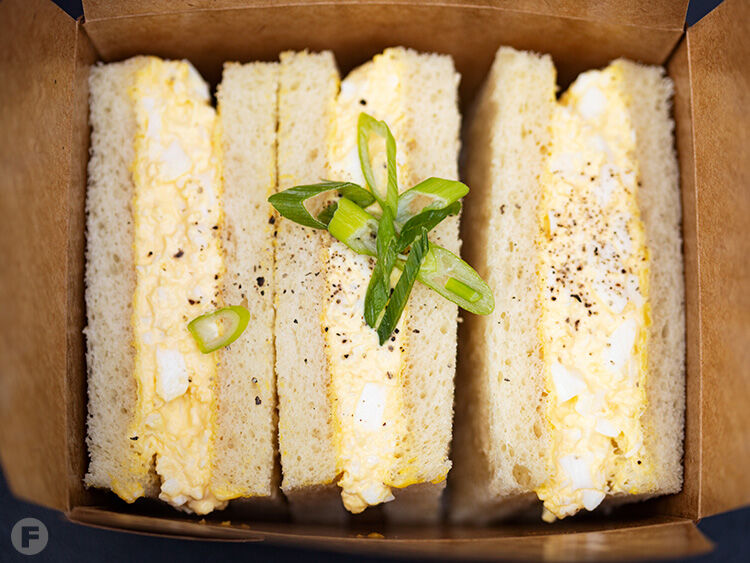 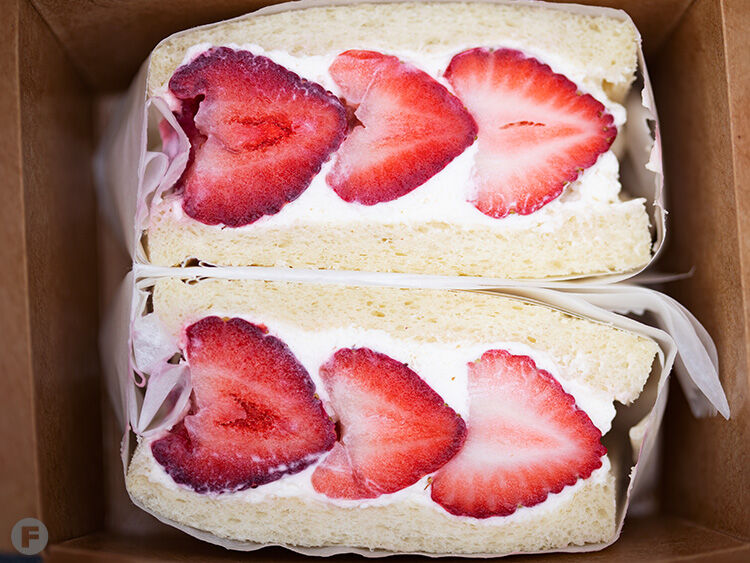 Strawberry sandos are one of Izumi’s most popular picks, filled with fresh berries and whipped cream. 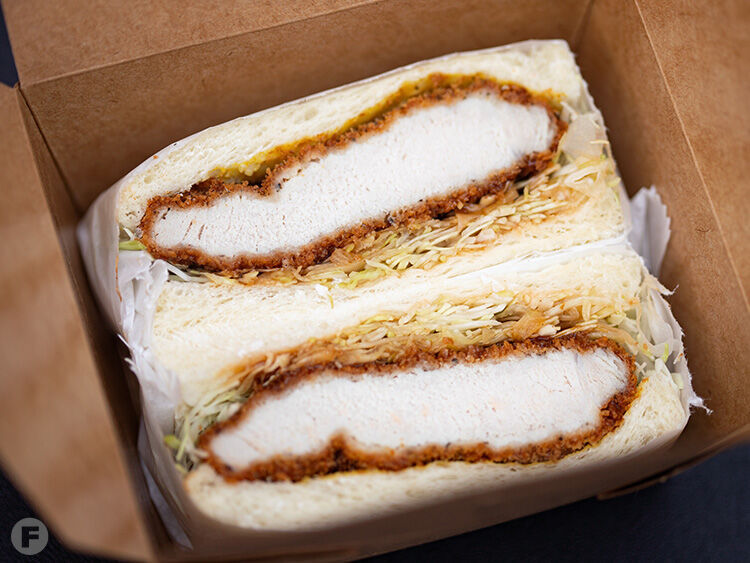 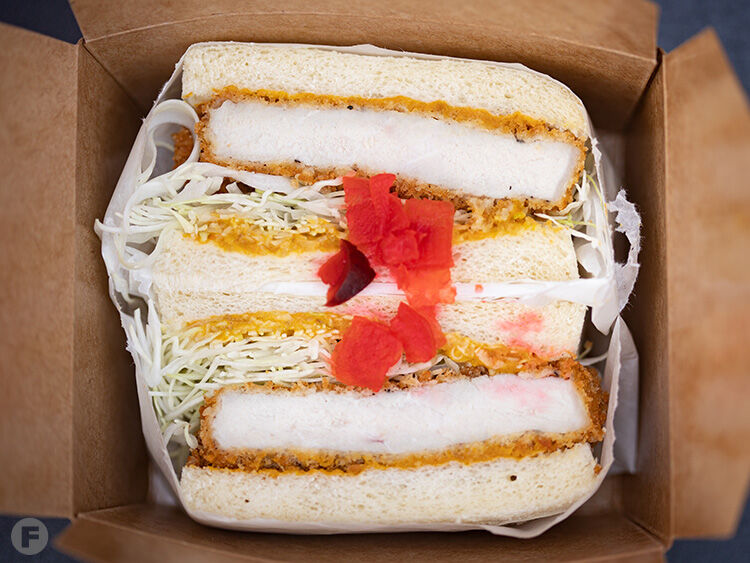 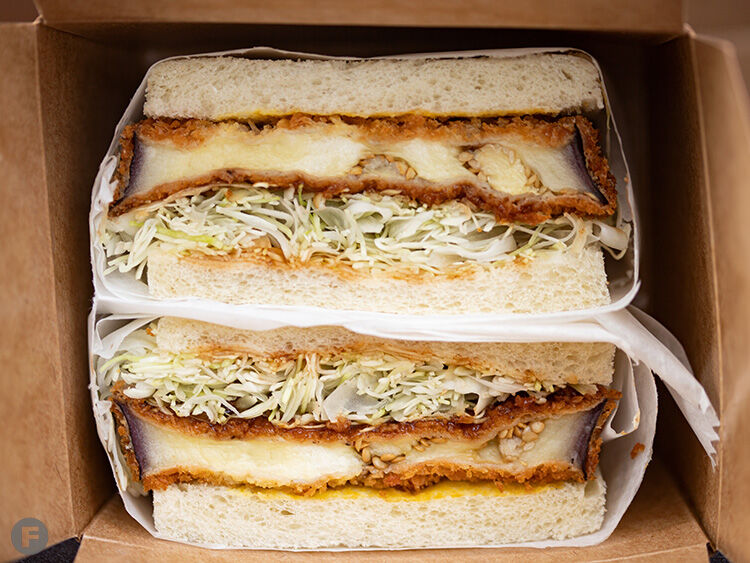 Both the tonkatsu and curry sandos are available in vegetarian versions with eggplant. 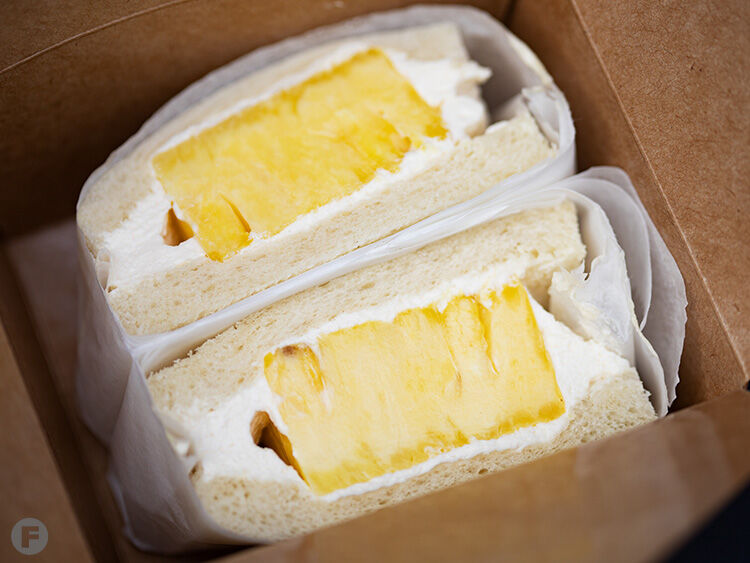 Seasonal fruit sandos feature slabs of fruit such as pineapple and mango. 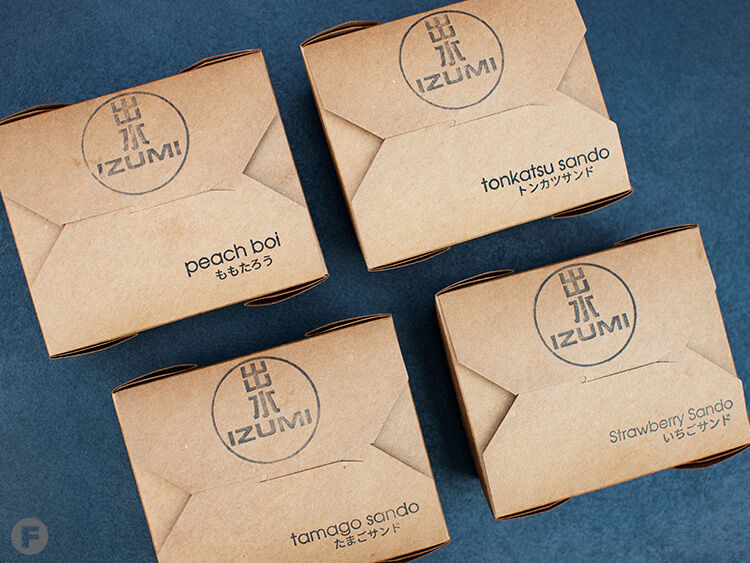 Each sando comes packaged and ready to eat on the go. 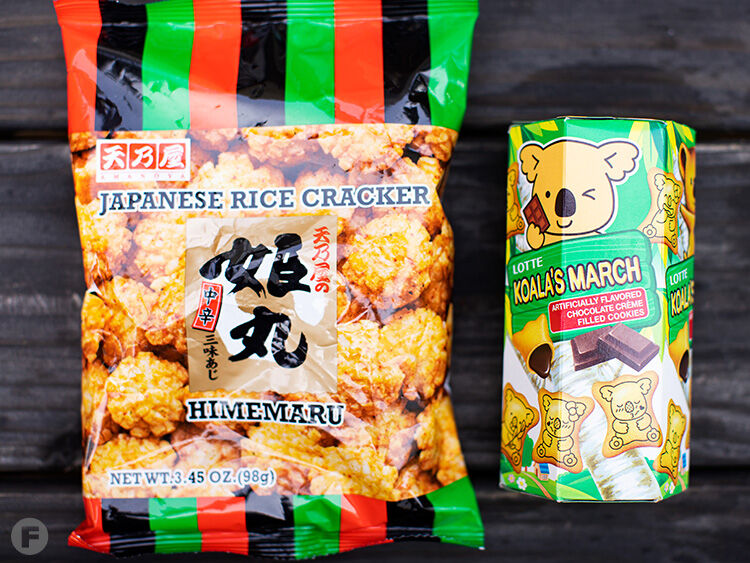 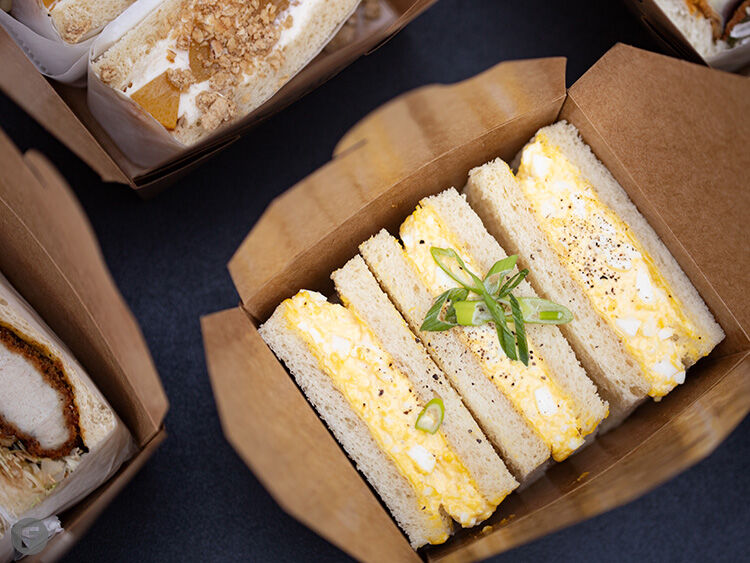 From delicately prepared sandos in convenient grab-and-go packages to street food-style yakitori, Izumi is serving up Japanese classics all over St. Louis with a series of weekly pop ups – all out of a bright red 1995 Subaru Sambar.

When Kurt Bellon couldn’t make his semi-regular trip to Japan following the postponement of the Olympics in 2020, he decided to bring a taste of Tokyo to St. Louis instead. He started selling his sandos last fall and added a separate yakitori pop up to his repertoire in June.

As reported by Feast last October, the concept gets its name from his mother’s hometown in southern Japan and draws inspiration from the Japanese fairy tale of Momotarō, a boy born from a peach who makes friends by sharing food, ultimately making the world a better place through his adventures. Each week, Izumi pops up at a different St. Louis business or event, uplifting the stories of his collaborators.

“One of the main things I’m focusing on with different pop ups is highlighting immigrant stories that shape our community and make it so much better,” Bellon says. “My mother is from Japan, and my grandfather is Italian and grew up on The Hill. St. Louis’ storyline has a lot to do with immigrants – they shape our society and country, and I could not emphasize their positive impact enough.”

Sept. 11: with The Fattened Caf at Earthbound Beer

Bellon, who has more than 15 years of experience in the industry, previously served as the general manager of Chao Baan and also works as a prep cook at Bulrush. With Izumi, he hopes to explore and share the culture he holds dear with St. Louis. He currently prepares his roster of eight sandos at Nudo House, using milk bread from Kim’s Bakery.

The handheld sandos draw inspiration from the quality prepared versions widely available at konbini (Japanese convenience stores), and they come ready to eat on the go. Offerings include tamago (a classic egg salad made with hard-boiled eggs, Japanese mayo, salt and pepper) and a tonkatsu (fried pork cutlet) sando, which is also available in curry and eggplant renditions. Instagram-worthy fruit sandos come filled with vanilla whipped cream and whole strawberries, cinnamon peaches (an homage to Momotarō) and seasonal options such as pineapple and mango.

“I really enjoy the one-on-one interaction of serving people good food,” Bellon says. “It’s all about being approachable and convenient.”

Sando pop ups take place from 5 to 9pm on Mondays (with a limited number of walk-up items available), with pre-orders opening the previous Friday at noon. Yakitori pop ups vary by date.

On Mon., Sept. 6, Bellon will host a fundraiser for the International Institute of St. Louis; fruit sandos are available to anyone who shows up to donate monetarily, donates goods or signs up to volunteer for IISTL. For the most up-to-date information, follow Izumi on Instagram.

Strawberry sandos are one of Izumi’s most popular picks, filled with fresh berries and whipped cream.

Both the tonkatsu and curry sandos are available in vegetarian versions with eggplant.

Seasonal fruit sandos feature slabs of fruit such as pineapple and mango.

Each sando comes packaged and ready to eat on the go.