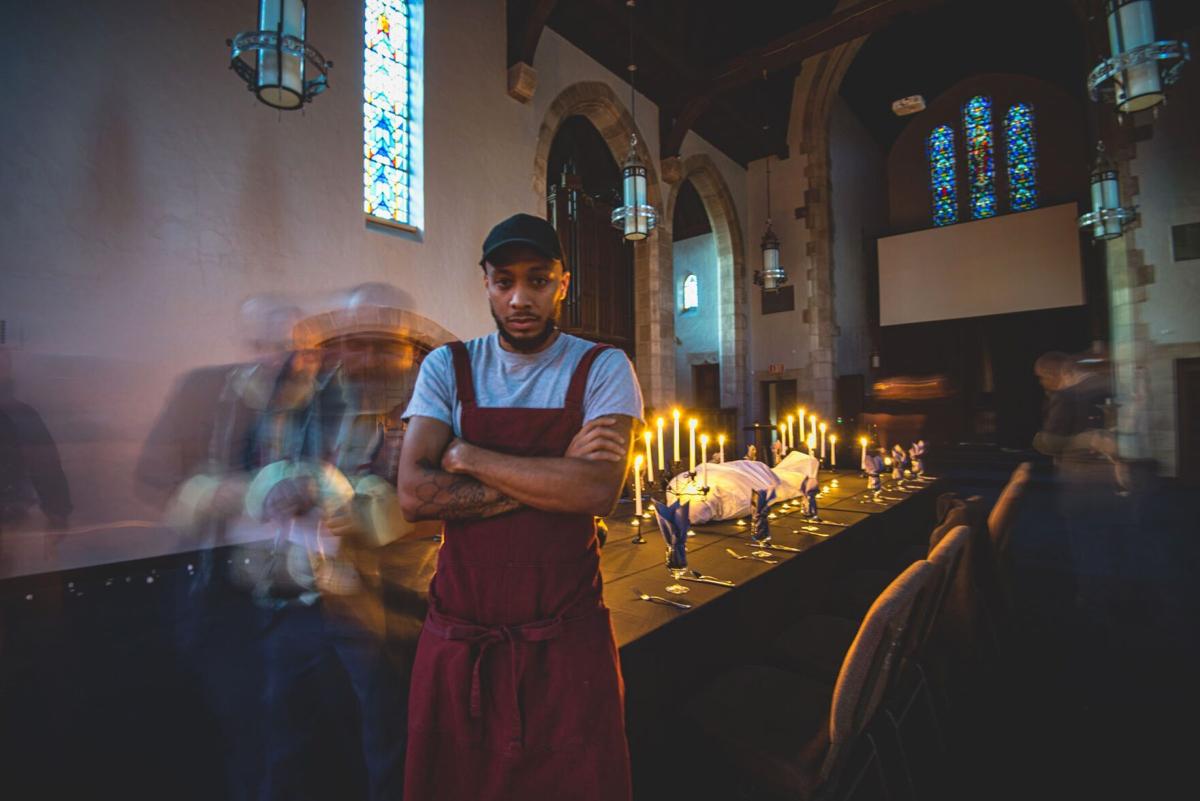 Nico Shumpert posses in front of the table for last year's Halloween dinner. 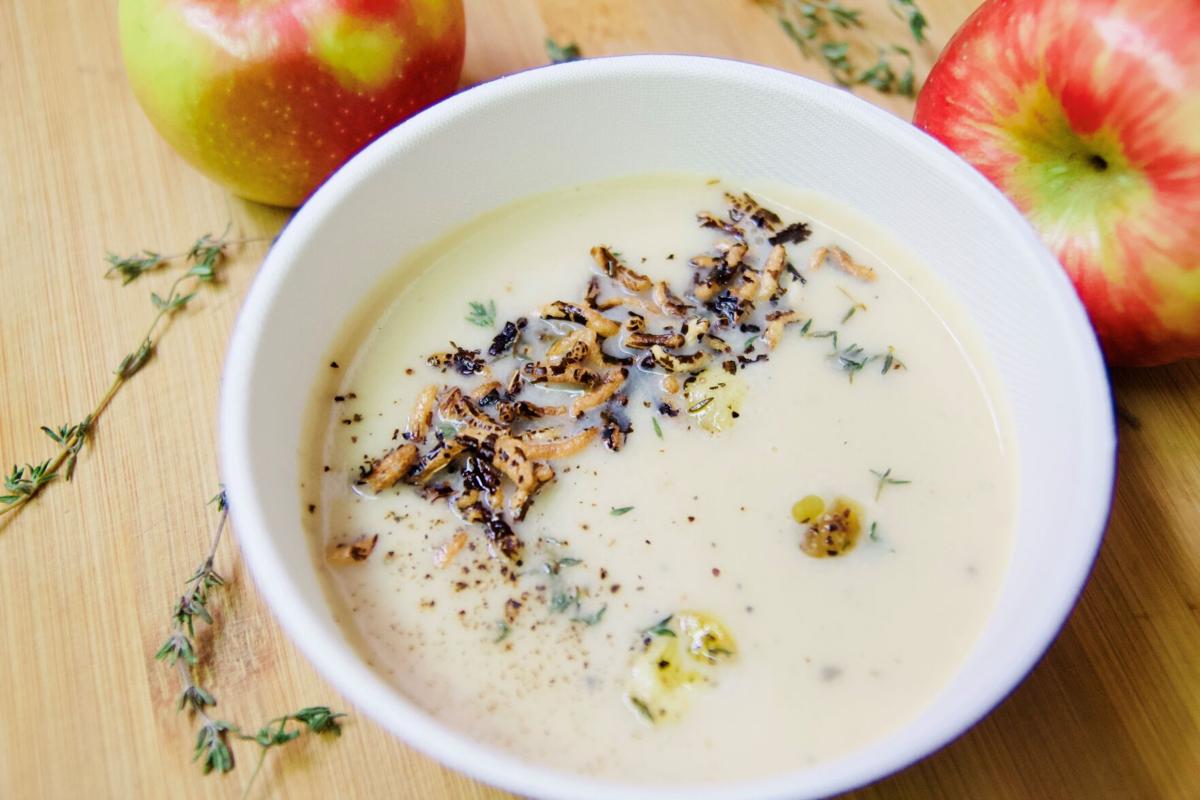 The featured soup of last year's Halloween dinner was a roasted arnsip and apple soup with thyme and charred apple spheres that Shumpert called “Bobbin for Apples.”

Nico Shumpert posses in front of the table for last year's Halloween dinner.

The featured soup of last year's Halloween dinner was a roasted arnsip and apple soup with thyme and charred apple spheres that Shumpert called “Bobbin for Apples.”

A spooky dinner series is coming to St. Louis.

Local chef Nico Shumpert is hosting the series out of his studio space and teaming up with four chefs for four different dinners showcasing their culinary and creative talents. Shumpert will team up with Tyler Davis for a Dinner with Hannibal Lecter; Juwan Rice (who goes by Chef JR) for dinner at Camp Crystal Lake; Maleeka Harris (who goes by Chef Rabbit) for a Creepy Circus dinner; and Frank McGinty for a zombie apocalypse-themed meal.

Halloween is one of Shumpert's favorite holidays. Last year, he put on a Halloween dinner that was a hit, complete with candelabras and a "body" under a white cloth as the table's centerpiece. Each course was inspired by a different horror movie, including Silence of the Lambs, Jaws and The Hills Have Eyes.

"But I want to go even crazier," Shumpert says now.

Shumpert has teamed up with local event production company Parties and Props to deliver an immersive dining experience, so you can expect the décor to be as creative as the dishes.

When it came to selecting the chefs for the dinner series, Shumpert wanted to showcase the talents of Black chefs in particular. All but one of the chefs, McGinty, are Black.

"I wanted to reach out to Black chefs that haven't been able to get a lot of the same spotlight that others get, or they may be lacking in resources," he says. "Through this time, it's important that we all stick together and show each other love."

As for McGinty, Shumpert says the two of them have been friends for a few years now and have had tough conversations on race. Plus, Shumpert says, he's a great chef.

Like most dining situations these days, the dinner series will take all precautions necessary to keep guests safe during the COVID-19 pandemic. Masks are required upon entry and exit, seating will be limited and social distanced, and hand sanitizer will be available as well. Shumpert is excited to not only bring the dinners to life, but also to offer an option for those who want to take their mind off of the pandemic for a few hours.

"I think people feel a lot safer to come to these controlled environments, where they know it's not really packed out," Shumpert says. "It's limited."

Shumpert hopes to continue hosting these dinners through his Taste Buds Dining Club, with potential for holiday-themed dinners as winter rolls around.

"We're just a group of foodies who like to eat," he says. "I'm inviting people to be my Taste Buds as we launch the series of dinners."

You can find more info on each individual dinner, as well as the links to purchase tickets, on Shumpert's website.