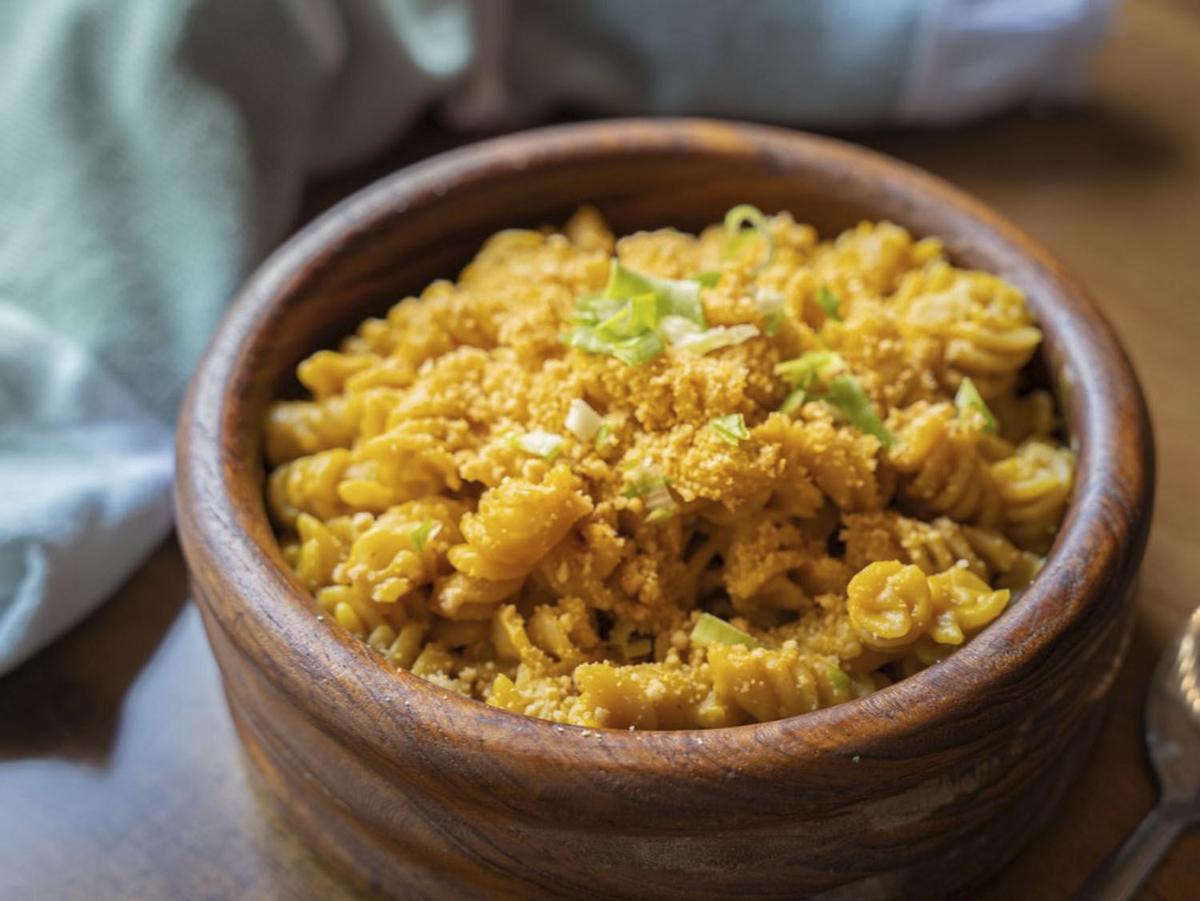 The mac 'n' cheese at Rootbound is made with the house butternut cheese sauce, topped with house cashew Parmesan. 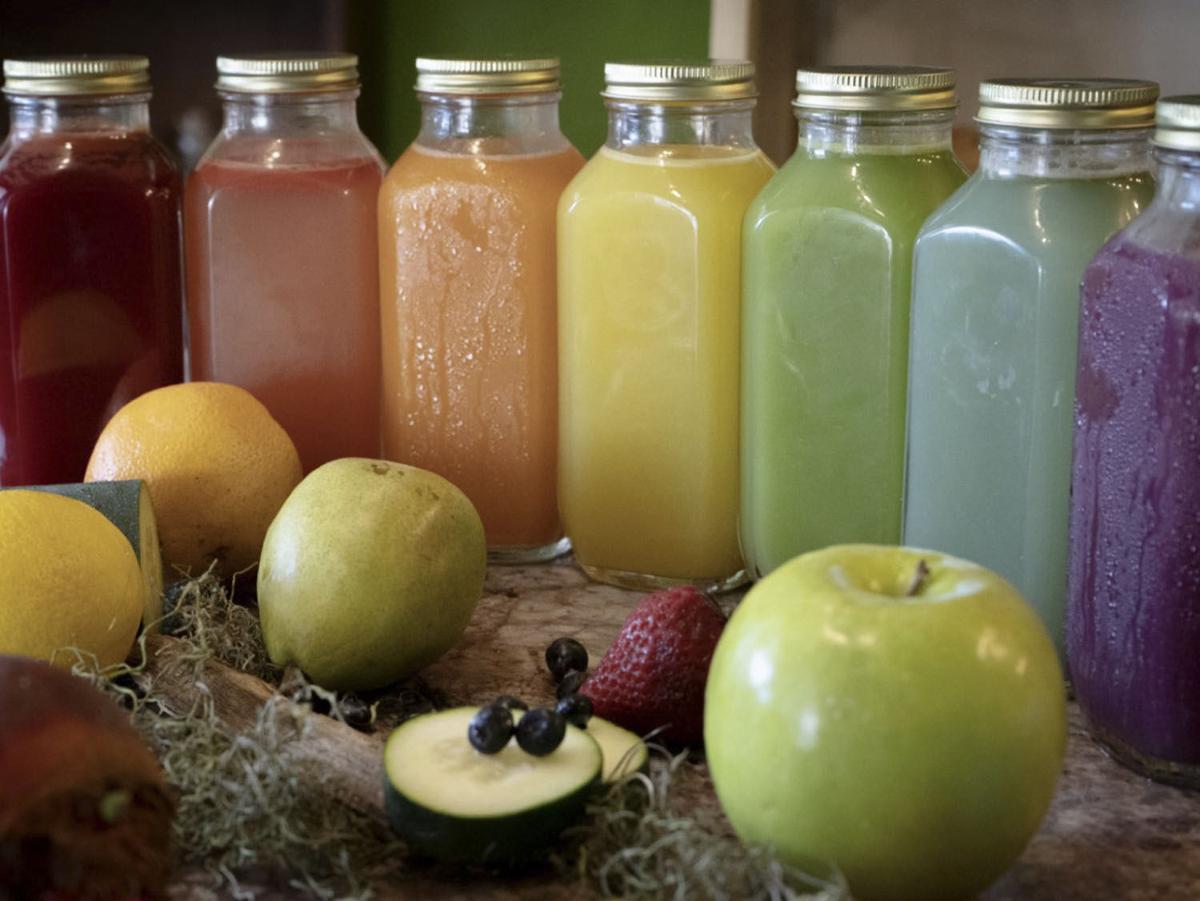 Rootbound makes juices in a literal rainbow of colors.

A St. Louis-area plant-based restaurant has made the jump to St. Charles.

Rootbound, which was originally located in Clayton, said goodbye to its Forsyth Boulevard location for a new home at 215 N. Main Street in St. Charles last month. The new spot was actually intended as a second location, but when owner Aaron Flora had to close the Clayton shop, it actually gave him the chance to focus on doing more with the St. Charles location – and he says that, so far, the town has been a great fit for the vegan café.

"It has been incredible; you might even say miraculous," he says. "We're really grateful to already have a good customer base."

Rootbound has always been known for its juices – which range from the Joy Juice (watermelon, cantaloupe, lime, mint) to the Thinker Juice (kale, red cabbage, red grape, pear, cucumber, lime) to the Kindness Juice (carrot, red apple, sweet potato, orange, cantaloupe, turmeric) – but a new space and a new town will give the business a chance to expand on its previous menu and offer more items that go beyond just breakfast and lunch. While plenty of those options will still be available, like the made-from-scratch waffles with almond milk or the raw-sprouted granola cereal, Flora is exploring more savory dishes with the refreshed menu.

"More dinner fare for sure," he says.

The restaurant features plenty of soups – butternut squash, roasted cauliflower and leek, broccoli-Cheddar, carrot-ginger – and salads, but its plant-based cuisine really shines in its plates. Share something like the raw hummus platter, or go straight for an entrée like the black bean veggie burger with microgreens, tomatoes, avocado, onion and vegan cheese on a gluten-free bun or the chickpea tikka masala served with cauliflower rice. You'll also find plenty of pasta on the menu, including a raw mushroom alfredo over zucchini noodles and a pesto pasta with sun-dried tomatoes and the house cashew Parmesan.

Rootbound's drink menu offers everything from Million Dollar Matcha and raw cacao drink to a lavender-yerba mate latte and cold brew, and Flora has also started playing with different wellness products as alternatives to alcohol in cocktails. The drinks swap your typical spirits for kava, kratom or cocoa leaf, which all have varying effects ranging from relaxation to stimulation. The café also offers CBD in pre-rolled joints and dessert bites with more ideas coming down the line, like CBD cheese and kombucha.

For now, Flora doesn't see an additional location in the cards just yet, but he says that he hopes to get a truck for the company and start serving Rootbound's plant-based cuisine at various festivals. And with more exciting possibilities in the cards for the team at Rootbound, keep an eye on its social media channels to follow their next endeavors.

The mac 'n' cheese at Rootbound is made with the house butternut cheese sauce, topped with house cashew Parmesan.

Rootbound makes juices in a literal rainbow of colors.