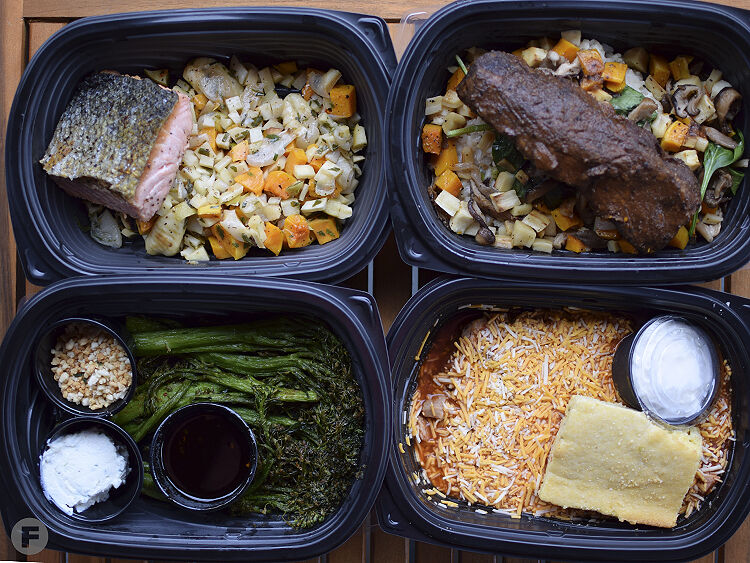 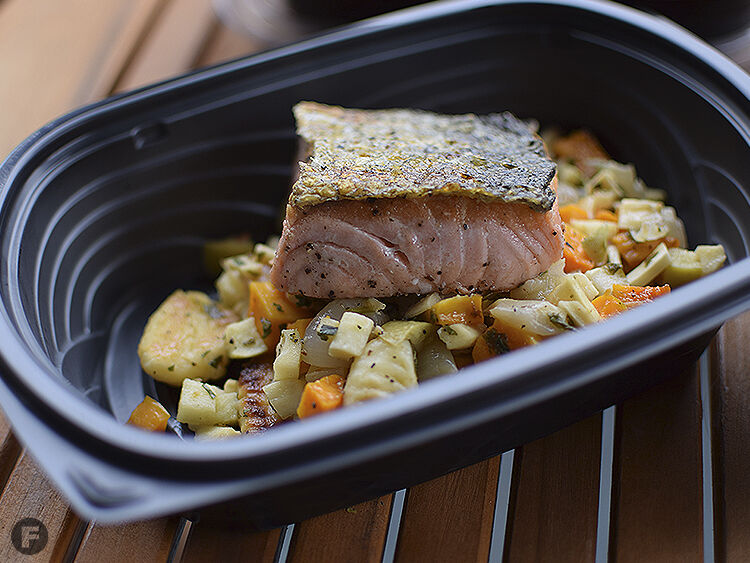 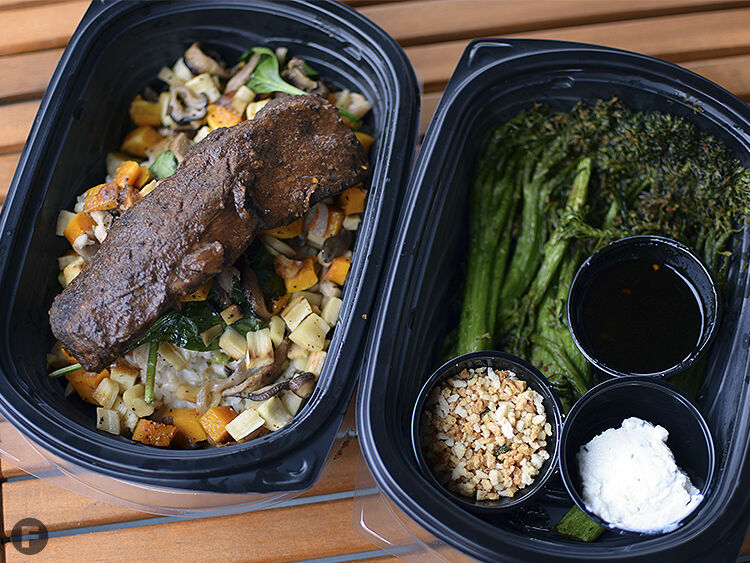 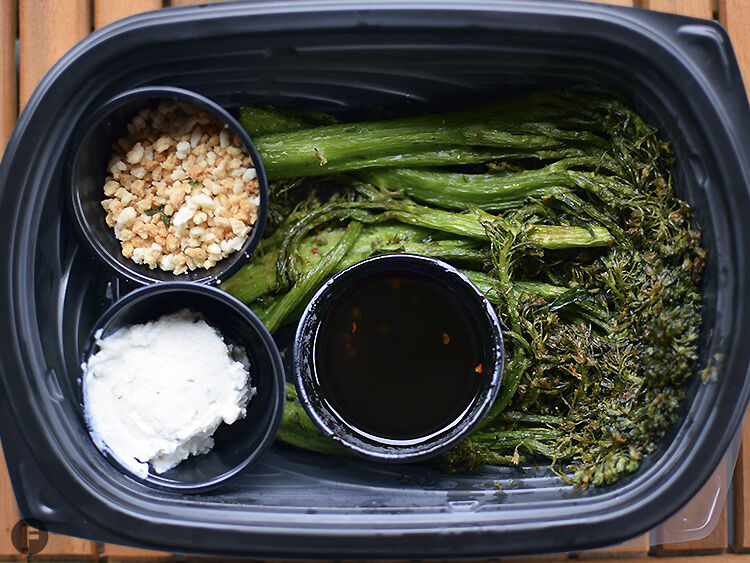 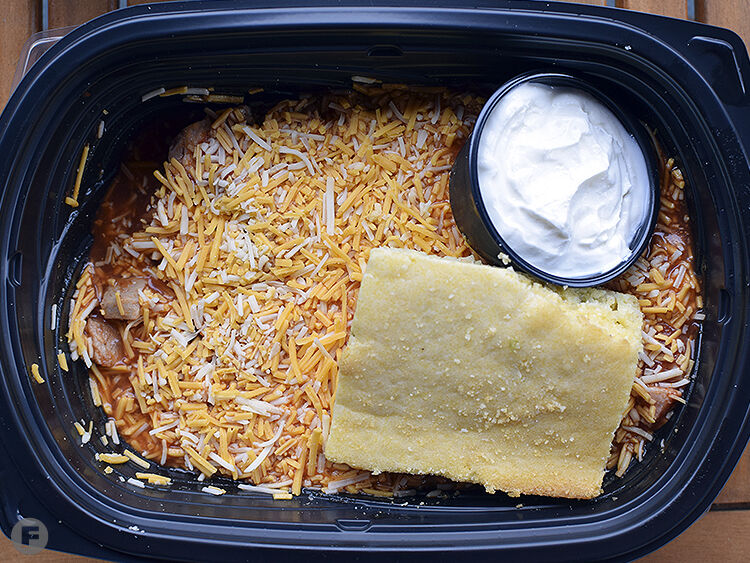 Local restaurants are launching all sorts of innovations to make it through a global pandemic. For Polite Society, a partnership with local independent grocery Fields Foods made a lot of sense. Brian Schmitz, who co-owns Polite Society along with sister restaurant The Bellwether and ghost kitchen concept Sub Division Sandwich Co., says the partnership was borne out of conversations with Fields Foods’ Chris Goodson.

Goodson was looking for a way to fill the void left by salad bars and other ready-to-eat offerings that Fields Foods and other grocery stores are no longer offering for sanitary reasons amid the pandemic. Schmitz and his team, meanwhile, were looking for ways to keep their employees working.

“This was another way for our folks to stay busy and stay engaged, and for us to learn a little bit about a new business,” Schmitz says, “and continue to find ways to feed people and to be of service.”

For now, the items will be under the Polite Society moniker, though you’ll also find items from The Bellwether and Sub Division, albeit in slightly modified forms for grab-and-go and heat-and serve-options at Fields Foods locations in Lafayette Square, the Central West End and Downtown St. Louis.

“Obviously, some things don’t translate well to carryout or delivery,” Schmitz says of the tweaks. “In general, it’s food that we already know how to execute consistently. With slight modifications, and actually some learning, they’re on shelves right now.”

For example, the kale Caesar salad is a consistent seller at Polite Society, but within the first week, it was clear that for Fields Foods shoppers, the Autumn Greens Salad was more appealing. Schmitz stresses that his team wanted to take it slow and learn a little bit in this new venture, with the help of the Fields Foods crew.  The teams at Polite Society and The Bellwether have also been able to apply those lessons from the Fields Foods offerings to everyday operations at the restaurants.

“For instance, one of the managers came to me the other day and offered a suggestion,” Schmitz explains. “One of the dishes that we prepare from The Bellwether is a pork steak with mashed potatoes. It heats well and transports well, but the lesson was that if you let the potatoes cool just a little bit before you package them, it will avoid some of the condensation we were seeing, which was in no way harmful to the food, but it obscured the view that the guests might have from the clear lid.”

Expect to see fresh pasta dishes from The Bellwether, where pasta is made daily, such as beef Stroganoff with braised beef, rigatoni, caramelized fennel and onion, spinach and mushrooms. Polite Society picks include bison short ribs, seared salmon with gnocchi and butternut squash, plus a Bolognese with fettucine and pecorino and pork chili from The Bellwether.

“We're just really encouraged that there's so many people who are so proactive,” Schmitz says, “just reaching out and finding ways to get creative, to better serve people. And in these interesting times, it's really appreciated from our end – the fact that we can use this opportunity to grow and learn, but also to keep the people who make our operations possible engaged, working hard, positive and secure.

“I don't think anyone's really hoping to solve all of the world's problems at once, but little instances of creativity like this personally make me feel like there's a lot more good days ahead. The proactive, constructive people are gonna help to make the coming months a whole lot more bearable than they would be otherwise.”

From Meatless Ham to Stuffed Turkey, The Pairing Offers Plant-Based Options for the Holidays in Kansas City

Today's Takeout: The Fight Club from The Gramophone

Mission Taco Joint is Launching Off the Wall Burgers, a New Ghost Kitchen Concept, From Its Kirkwood Location

Under New COVID-19 Restrictions, Kansas City Restaurants and Bars Must Close by 10pm