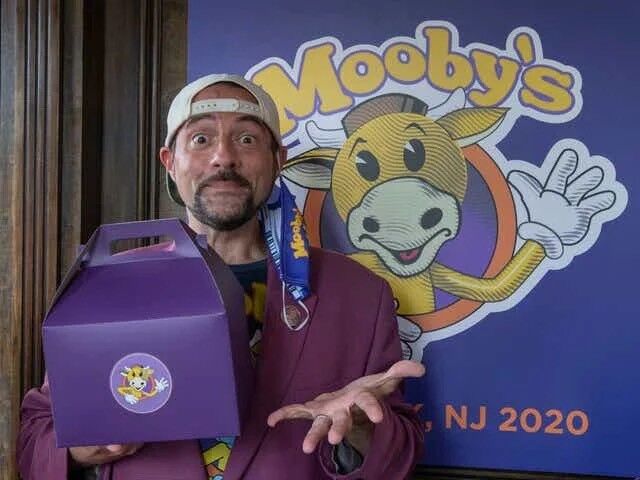 Kevin Smith is bringing Mooby's to life with a new pop-up series. 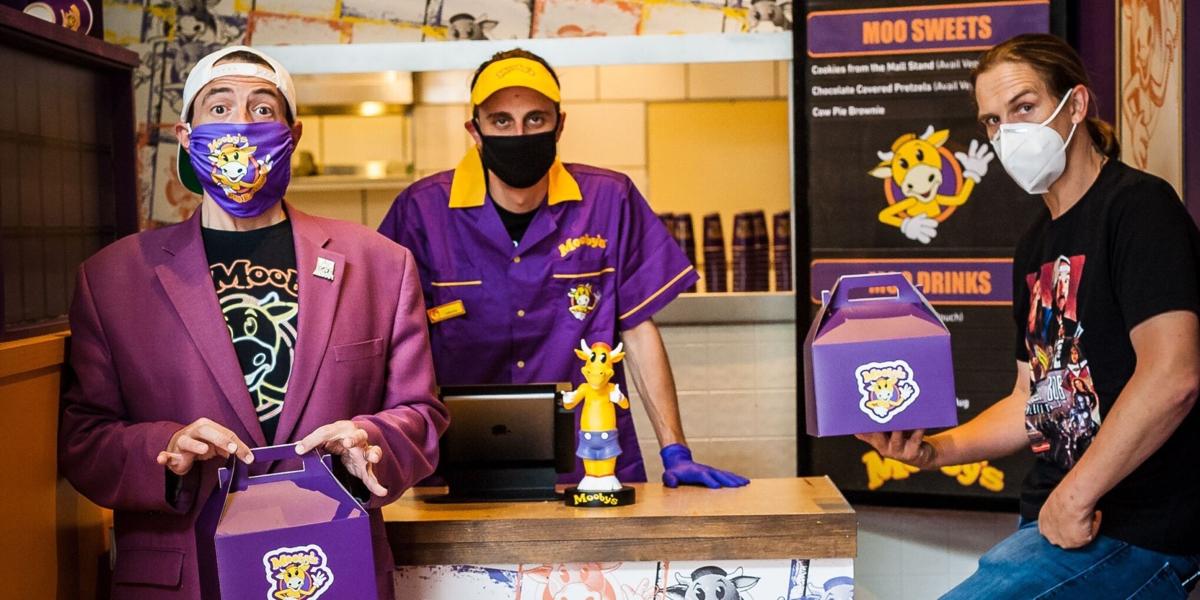 The restaurant, which first appeared in Dogma and later Jay and Silent Bob Strike Back and Clerks II, is the inspiration for a new pop-up series taking place across the U.S. This April, filmmaker and comedian Kevin Smith is bringing it to St. Louis.

"Kevin's always wanted to bring Mooby's to life, and we cleaned it up to make it a real thing," says manager Derek Berry. "It started in [Los Angeles] on 420 of last year – of course, for Kevin's brand – and it did really well on Postmates. We kind of just thought, hey, maybe there's a way of creating a COVID-friendly model where people are ordering their food in advance, showing up to this fully immersive, Instagrammable, Kevin Smith-themed restaurant and then choosing to either take their food to go or eat at the restaurant, depending on the city restrictions."

St. Louis will be the 11th city to host the Mooby's pop up, which comes to town Wed., April 21 and runs through Mon., May 3. The pop up will be held at Good Buddy's Tasty Soups and Sandwiches in Downtown St. Louis, and tickets are available now at exploretock.com/moobysstlouis.

"A lot of restaurants had a pretty rough year with COVID, and one of the things with this model is that Kevin loves giving back and helping out businesses who have closed or had a rough period this year," says Berry. "We're excited; St. Louis has been on our radar for a while now."

Developed in collaboration with Los Angeles chef Royce Burke, the menu riffs on references to the Mooby's of the Jay and Silent Bob universe. Expect to see the signature three-patty Cow Tipper burger topped with special sauce, pickles and chopped onion, as well as a popular smoked fried chicken sandwich (for the name of that one, we'll defer to Mooby's).

"I come from the food and beverage world, and knowing that people are paying premium ticket prices for this, we had to have good food and drink; it couldn't be secondary," says Berry. "A lot of our menu items push the edge with very funny names."

Unlike most fast-food joints, however, Mooby's menu is 50 percent vegan – a nod to Smith, who famously adopted a vegan diet following a massive heart attack. The Cow Tipper, for instance, is available with a plant-based Beyond Burger patty, and the menu also features a Beyond Polish sausage. Diners can round out their meal with brownies, cookies or chocolate-covered pretzels.

Of course, you'll need something to wash all that down, so the group has teamed up with 2nd Shift Brewing and Modern Brewery to brew a special one-off Mooby's beer and is also collaborating with Mighty Kind on a CBD seltzer.

To streamline the process, customers will need to order their meal fully in advance, but the St. Louis pop up will offer both carryout and limited in-person dining. Look for more details to be announced soon, including opening day festivities such as appearances from Smith and Mooby the mascot himself.

Editor's Note: This post has been updated with location and ticket information.