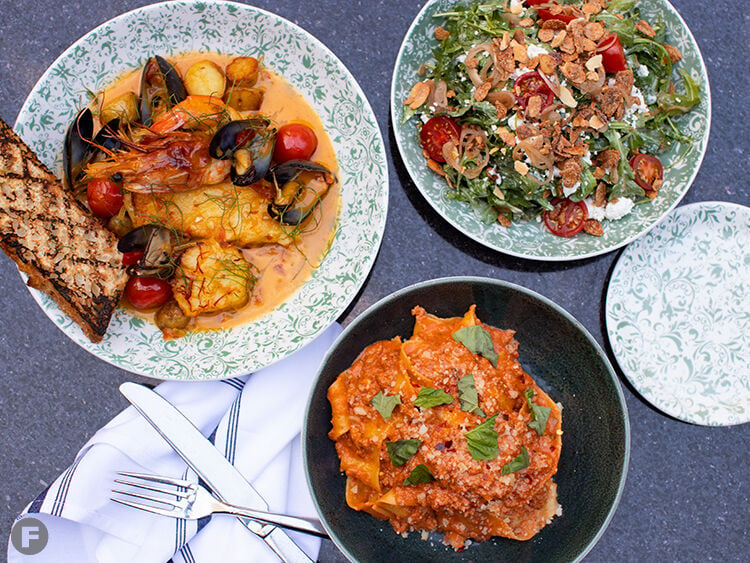 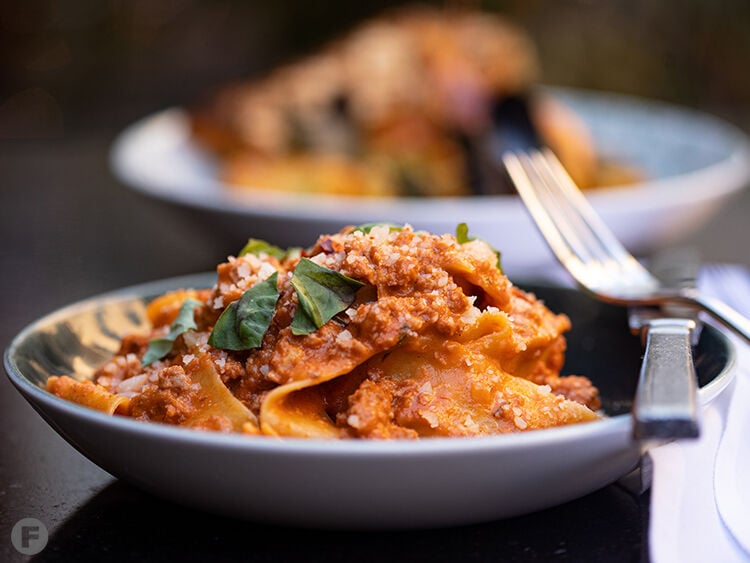 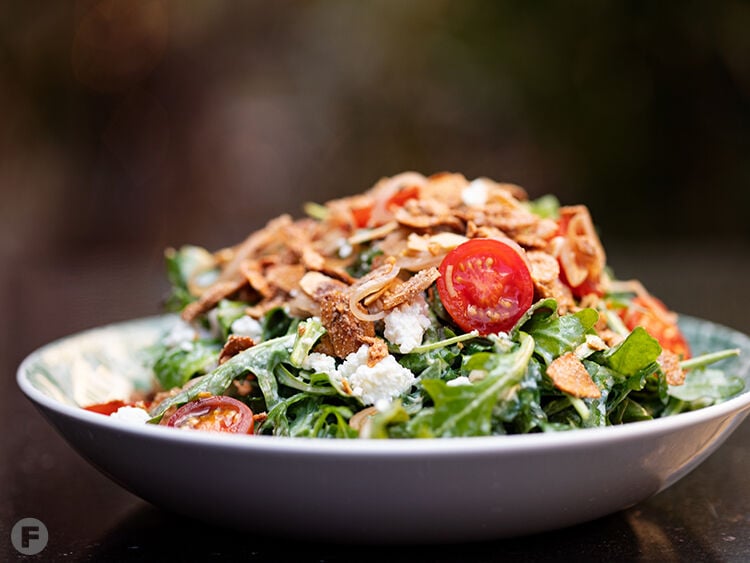 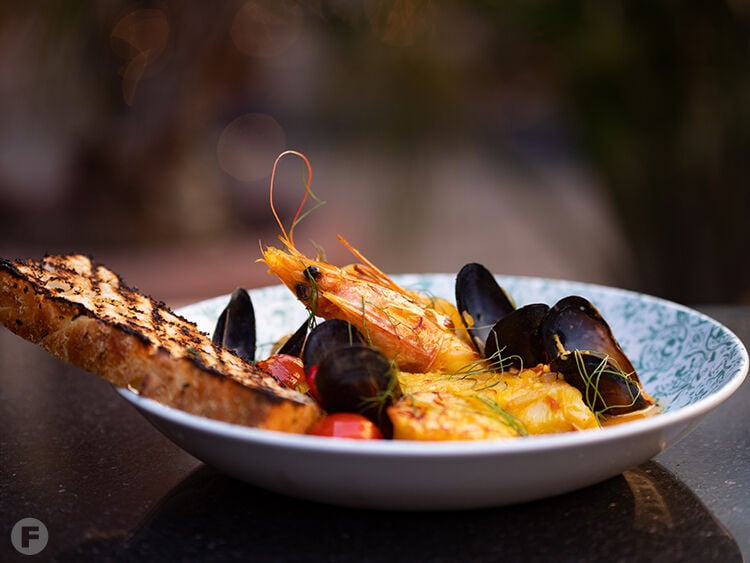 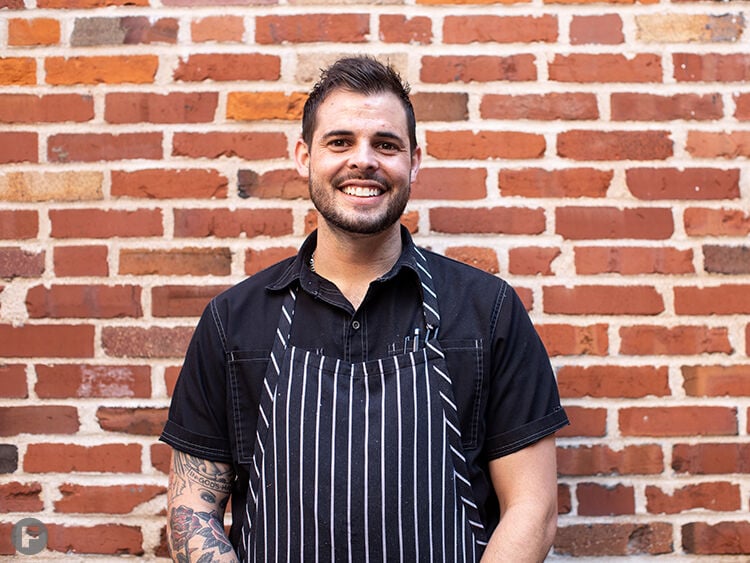 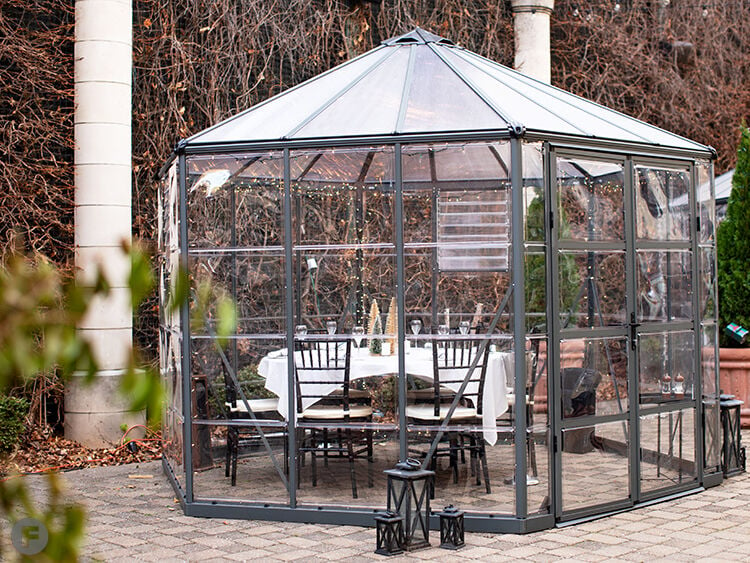 Private chalets are available by reservation only in the courtyard. 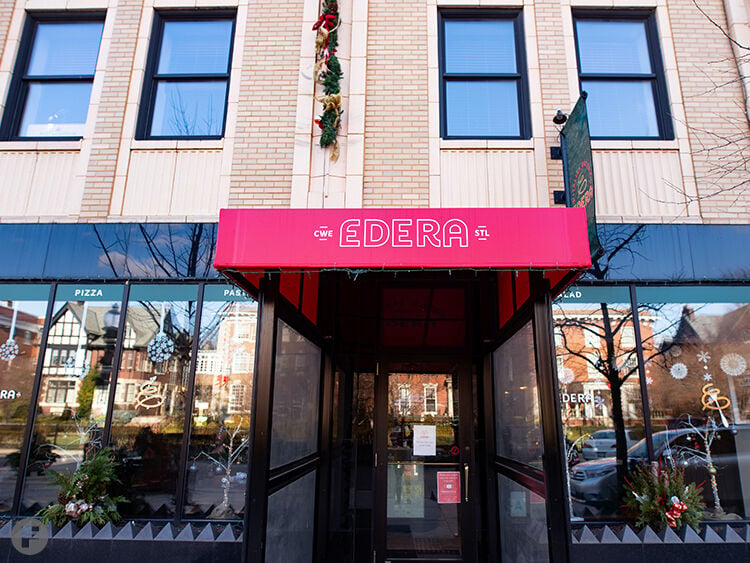 Private chalets are available by reservation only in the courtyard.

The Central West End has a new destination for modern Italian cuisine. Edera Italian Eatery debuted on Oct. 6 in the space previously occupied by Scape American Bistro, which closed in April 2019.

As reported by Feast in February, the concept is a partnership between chef Mike Randolph and the Koplar family, who also owned Scape. Edera, Italian for “ivy,” refers to the restaurant’s courtyard that features green vines during warmer seasons.

Randolph serves as the consulting chef while Andrew Simon leads the kitchen as head chef. Simon co-owned contemporary casual eatery Charred Crust, which recently shuttered, and prior to that helmed the kitchen at Scape as executive chef. Tim Foley, who owned and operated Erato Wine Bar in Edwardsville, Illinois, serves as the general manager.

“We’re really trying to be a place for the community here in the Central West End,” Foley says. “We opened Edera to celebrate the everyday and also really important moments.”

Popular picks from the menu include a signature pappardelle Bolognese with housemade pasta, pork, rosemary, tomato and cream. Antipasto options include lamb and pork meatballs as well as baked gnocchi with Taleggio cheese and bread crumbs.

Pizzas in Randolph’s unique hybrid St. Louis and Italian style with a bit of a crispy crust include a Margherita with tomato, basil and mozzarella. Additional highlights from the menu include entrées such as an eight-ounce filet with tarragon butter, Parmesan risotto and arugula.

“We’re taking the effort to do everything from scratch, taking simple classics and modernizing and elevating them,” Simon says.

Edera Italian Eatery is currently open Tuesday through Saturday from 5 to 9pm. Carryout and delivery are available via online ordering.