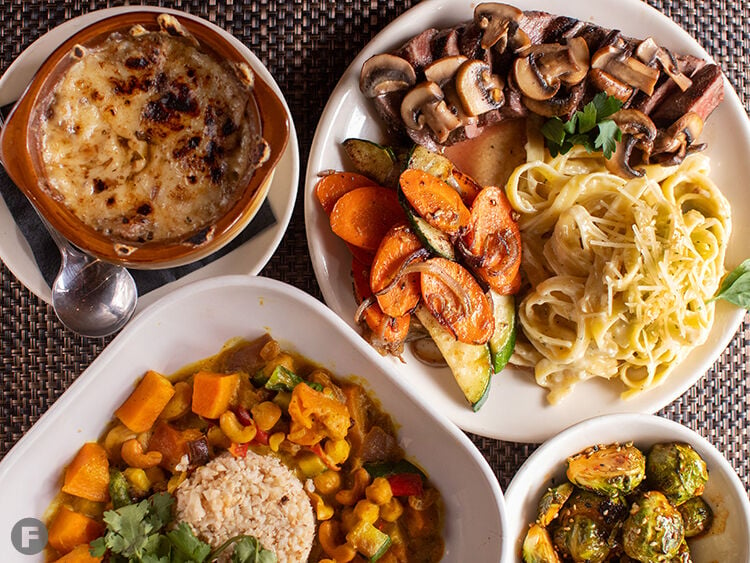 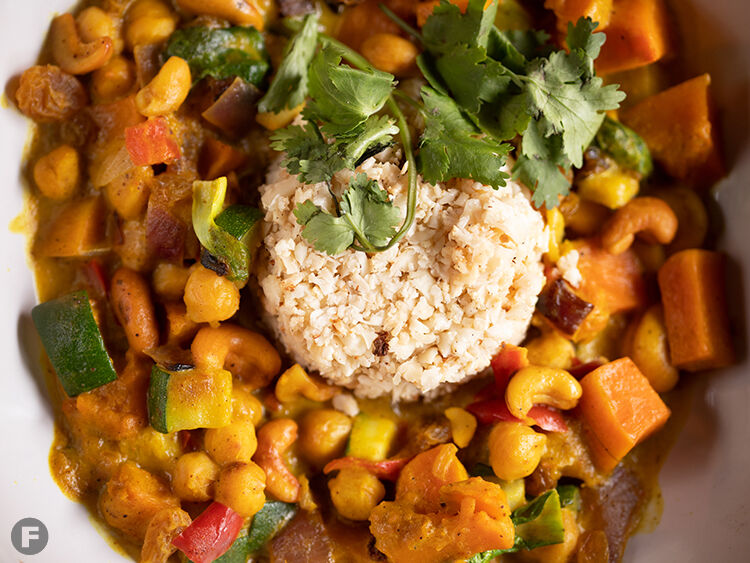 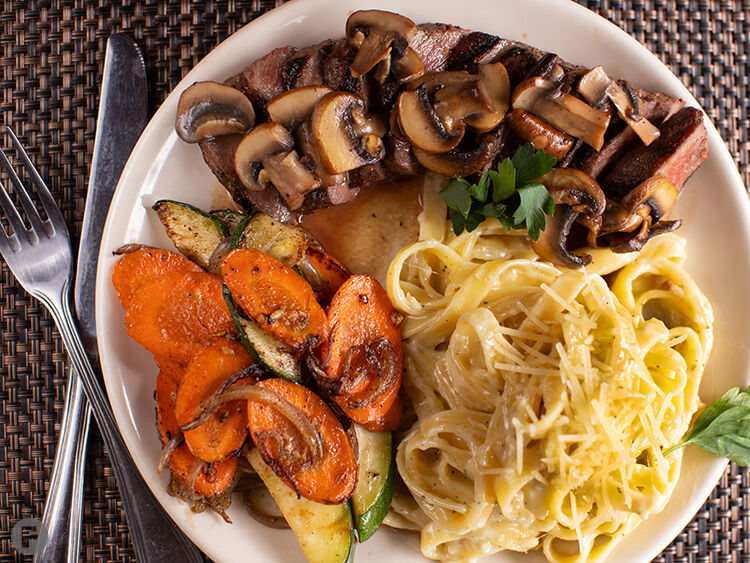 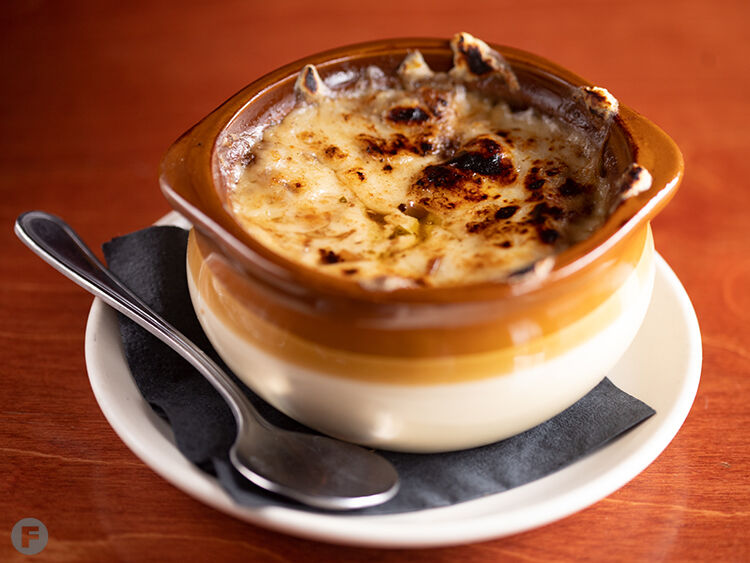 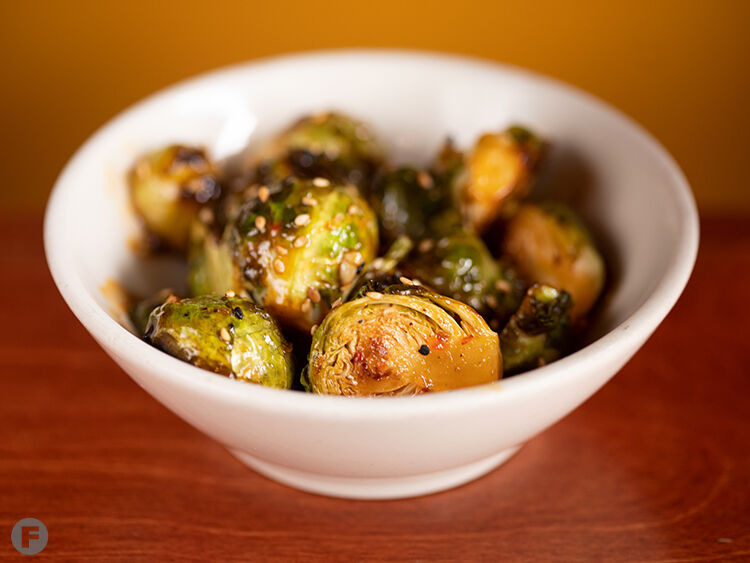 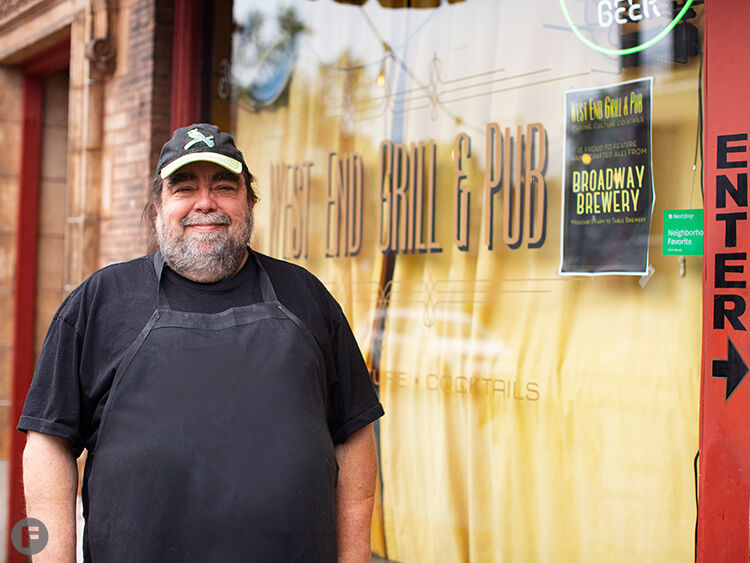 Jimmy Voss has a culinary career stretching back four decades in St. Louis – a longevity many chefs only dream of. He made a name for himself as executive chef of the legendary Duff’s in the Central West End, a position he held from 1975 until 2013. His first position? Dishwasher. In just a year, he worked his way up to head chef.

After a stint in Texas, Voss is back in the Central West End at West End Grill & Pub, taking requests and reviving some of his best-loved Duff’s dishes. With four or five menus a year for nearly 40 years, he has a deep reservoir to draw from.

“Writing menus, my approach [at Duff’s] was like the old saying – something old, something borrowed and something with blue cheese,” Voss says with a laugh. “That pretty much worked. That was the balance of writing a new menu. I’d go to [owner] Karen Duffy and say, ‘What do you want to lose? What do you want to bring back?’”

So far, Voss has been cooking up Duff’s classics like Creole crab and crawfish cakes with remoulade, French onion soup and black bean ravioli in a smoked jalapeño crema.

“[Black bean ravioli] was a strange anomaly when it started,” Voss recalls. “I had a lot of people say, 'that’ll never fly.' Nobody wants black beans in a ravioli. Well, we put it on the menu [at Duff’s] and I can’t look back. That’s one of the first things people ask for all the time.”

He’s enjoying revisiting beloved dishes and sprinkling them in among West End creations; sometimes customers remember things he hasn’t thought of in decades.

“I tell people I’ve got writer’s block – chef’s block,” Voss says. “If I sit down with a pad of paper in front of me, it’s difficult. But then as soon as one old friend or a co-worker or a customer sits down and says something different, all of a sudden there's a piece of my memory that opens a floodgate opens. I'm interested in talking to people as they come [in] and seeing what their memories are. I don't want to plant the seed: I want people to dig down and see what their memories are, instead of repeating my memories.”

Additional dishes Voss plans to bring back include two popular steak options, steak au poivre with brandy-mustard cream and mashed potatoes, and steak aux champignons, with sautéed mushrooms and fettuccine Alfredo. Voss recalls that at the height of its popularity in the 1980s, Duff's would sell a hundred steaks a night, pretty evenly divided between au poivre and aux champignons.

As if this storied career weren’t enough, Voss also spent several years as the chef for the Grateful Dead. He had followed the legendary band around the country in his younger days, and one of its managers, “lived in Belleville and was a frequent patron of Duff’s,” according to Lost Tables. When the Dead’s chef quit unexpectedly in 1986, the manager called Voss, who finished out the tour – all while staying at the helm of Duff’s.

For another bit of culinary nostalgia, WEGAP hosted a “Dinner with the Dead” this past weekend, featuring band members’ favorite dishes that were offered for dine-in service or carryout. Instead of a standalone menu, Voss made the Grateful Dead’s favorite meals available as small plates, including Korean short ribs, Yucatan seafood stew and a black bean quinoa cake, portabella chimichurri and Brussels sprouts.

“Bobby [Weir] loves salmon, and he loves spicy,” Voss says of his dish development. “Last time he was in town, we had a Brussels sprouts salad for him – he loved it [so much] he had about three portions. Nobody else got any because we gave it all to Bobby. So we [had] his favorite Brussels sprouts salad with spicy caramelized salmon, somewhat taking from Vietnamese caramel salmon with hot chiles. The hot chile was up front and in everybody’s face, but I had to back off – because I would bet that 90 percent of our customers cannot handle the kind of heat that Bobby would enjoy!”

Voss describes his West End Grill & Pub menu as going forward and backward at the same time. Of course, COVID has hit the restaurant hard, but Voss plans to make the best of it and use the time to rotate in some items that you wouldn’t be able to do in a busy restaurant.

“I love talking to people because I love making them happy,” Voss says. “If they pull an old request out of Duff’s, then I'll really be happy because I'll get to try something that I didn't think anybody could remember something from 1987 or 1993. Something magic happened in the Central West End in the seventies and eighties, before the corporate world kind of took over. It was a magic time, and definitely a magic space.”

Voss says he's grateful to Duff's owners Tim Kirby and Karen Duffy for allowing him the chance to stay on as executive chef for so many years. ”I’d go out of town three months out of the year and go cook for the Grateful Dead, rolling all over the country and then come back and try and put it back together,” he says. ”It was a headache, it was a nightmare, but it was a fun headache, fun nightmare. And I'd do it again in a heartbeat.”