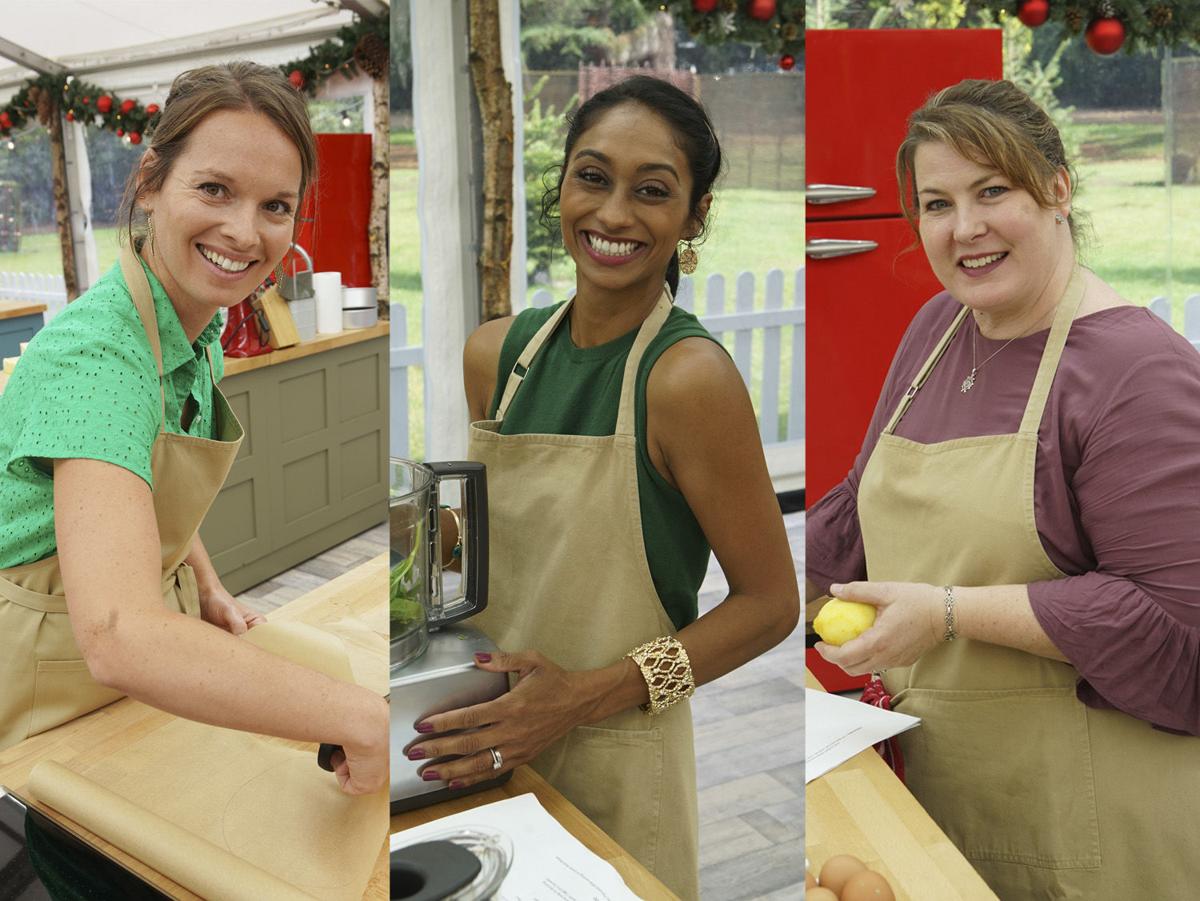 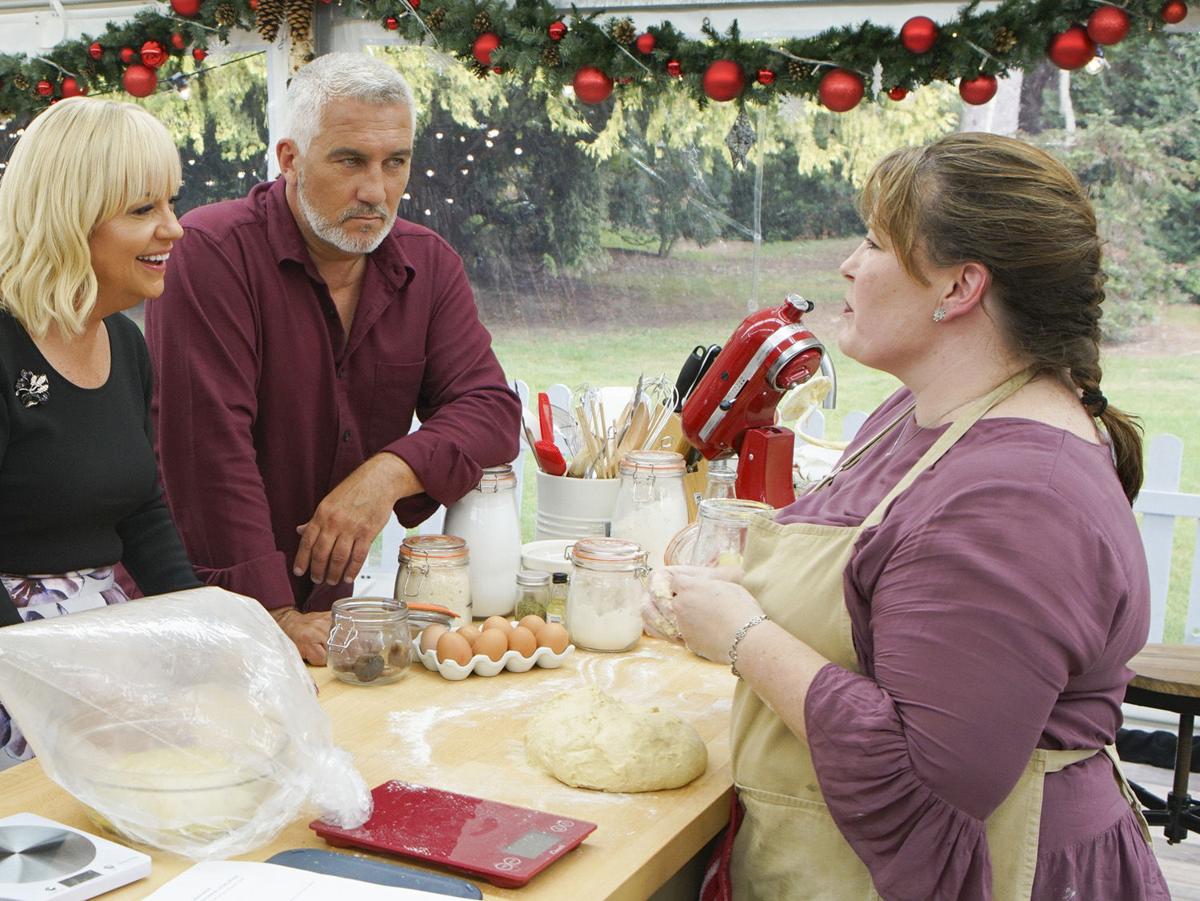 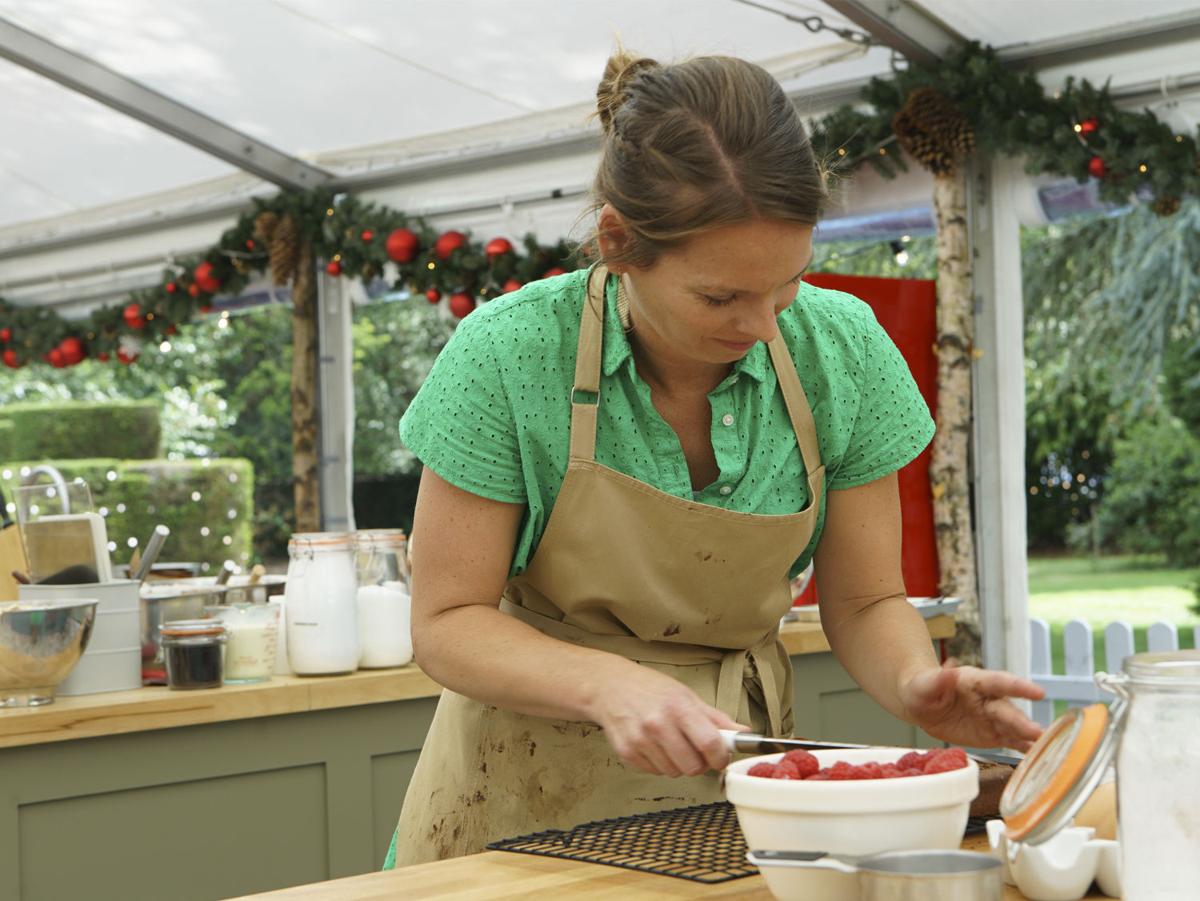 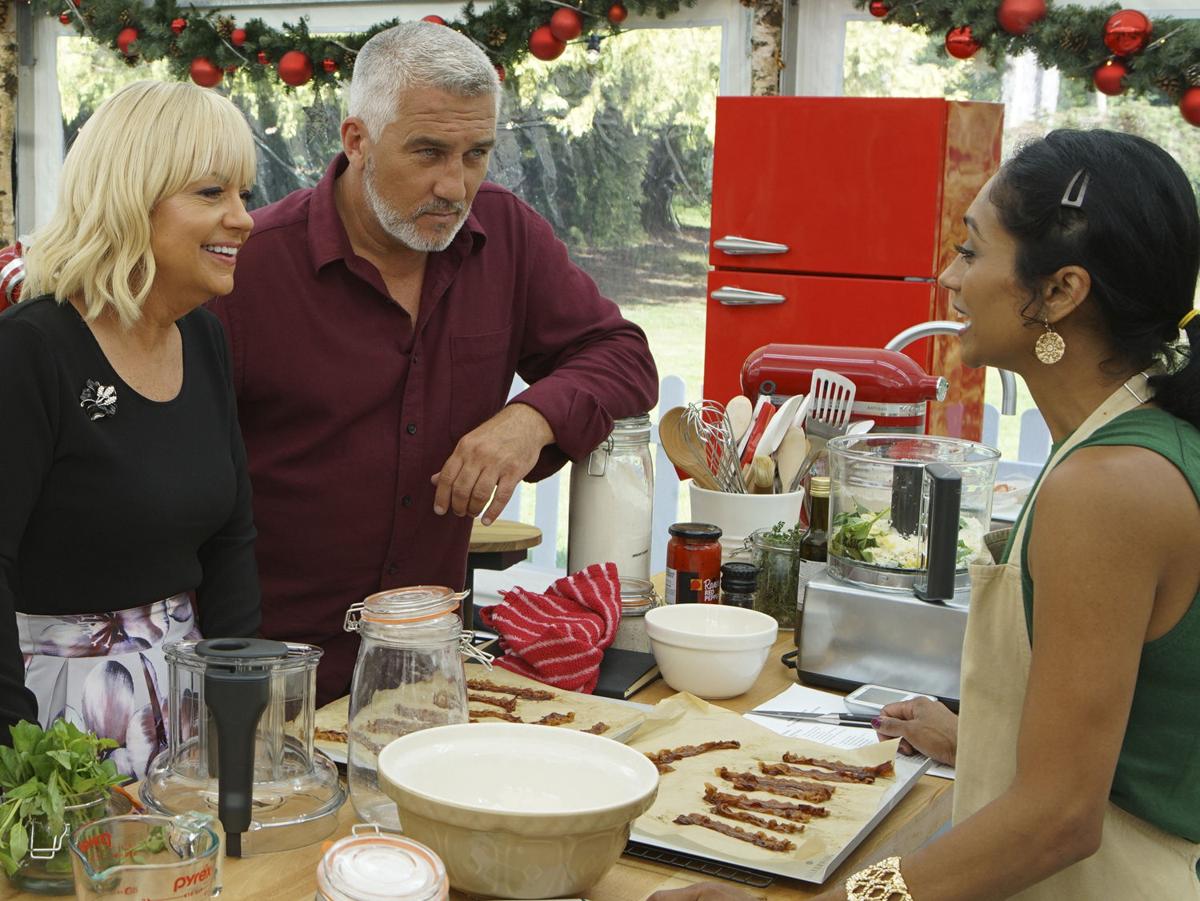 If you love watching folks compete in "the tent" on The Great British Bake Off, you'll want to catch three St. Louis-area bakers and bloggers on the American version this holiday season.

Tanya Ott (of Bethalto, Illinois), Sarita Gelner (of Chesterfield, Missouri) and Helen Spencer Pantazis (of Maplewood, Missouri) will be three of the eight competitors on season four of The Great American Baking Show, which premieres Thu., Dec. 12 at 8pm on ABC.

Baking has played a different role in all three of the women's lives. For Gelner, she started learning to cook from scratch early from her Sri Lankan mother, who taught her to cook and create spice blends from both sight and smell along with taste. It was also an early education for Pantazis; she grew up on a farm, and her family often made everything from scratch, including baked goods. Ott, however, discovered her love for baking later in life; about 15 years ago, Ott decided that when her kids wanted to go to the donut shop every weekend to get cinnamon rolls, she should just make them at home herself.

For Ott and Pantazis, the road to The Great American Baking Show was its British counterpart.

"I would get really obsessed about it and watch it over and over," Ott says. She didn't even realize there was an American version of the show until she came across season two. After that, she applied for season three – after a little nudge.

"My husband wouldn't stop bugging me," Ott says. "He said, 'you can do this, and you know you want to do this.'"

Ott applied for season three and made it to the final round of auditions in Los Angeles – which comes after a Skype interview and an in-person tasting in select major cities – but she didn't make it on the show until she applied for season four.

Pantazis loved watching Great British Bake Off with her three daughters. She said that she would find herself thinking, "oh, I think I could do that" or "in this challenge, I would do this."

"I thought I'd be a good candidate and I should step out of my comfort area and give it a whirl," she says. "So I did."

When her kids found out she made it on the show, they were "through the roof."

"They thought I was joking," Pantazis says.

Gelner wasn't a stranger to TV appearances before competing in the tent. She's appeared several times on St. Louis television station KSDK's Show Me St. Louis. Her blog was noticed by Food Network, and she was in the running to be featured on some Food Network shows at the same time that she applied for the Great American Baking Show the first time around. After not making it onto any shows her first go-around after making it to final auditions, someone she talked to at Food Network helped add some focus to her baking in a way that changed how she saw her craft.

"I needed to find my true voice in my bakes to show who I am through what I'm presenting," she says. "Anyone can bake, but who are you through your baking? And that really resonated with me."

The next year, multiple shows called her and asked her to audition again, including The Great American Baking Show, where she made it on for season four.

Although the show is a competition – and a challenging one, at that – these St. Louis bakers came out the other end far from enemies.

"It's funny, because you're in a competition, but I never felt like I was competing with the other bakers," Ott says. "I felt like I was really more competing against myself to do better than I've done before."

She says that by the end of filming the first episode, they were all almost like siblings, eating off each other's plates and sleeping on each other's shoulders when they had a break from filming. The field of competitors left the tent as friends; they even have a group chat where they text every day and send each other pictures of their creations.

Each baker says they learned a lot from competing on the show. Not only did Pantazis learn a lot more about baking, but she says that overcoming the anxiety of being on camera was a challenge that was good for her. Plus, she liked finding out how TV is really made. Ott says that she's learned a lot about testing and developing recipes, and now she takes even more of a scientific approach to her baking than she did before. Gelner says the show gave her momentum to continually want to become a baker, and that now it feels like the sky is the limit when it comes to what she can learn.

"It's just amazing what you can create and how you feel when you're making a dish," Gelner says. "It's just really special."